Many things happen on an annual basis - taxes get higher, your birthday cake gets more candles, and Valve continues to find pleasure in not make video games ending in the number three. For sports fans, each year comes with the newest entry in their favorite sporting title, and for American Football lovers it is the Madden NFL Series. On this basis, EA took to yesterday’s NFL Draft to announce Madden NFL 20, revealing a plethora of details pertaining to the game’s cover star, gameplay additions, release dates, and more. 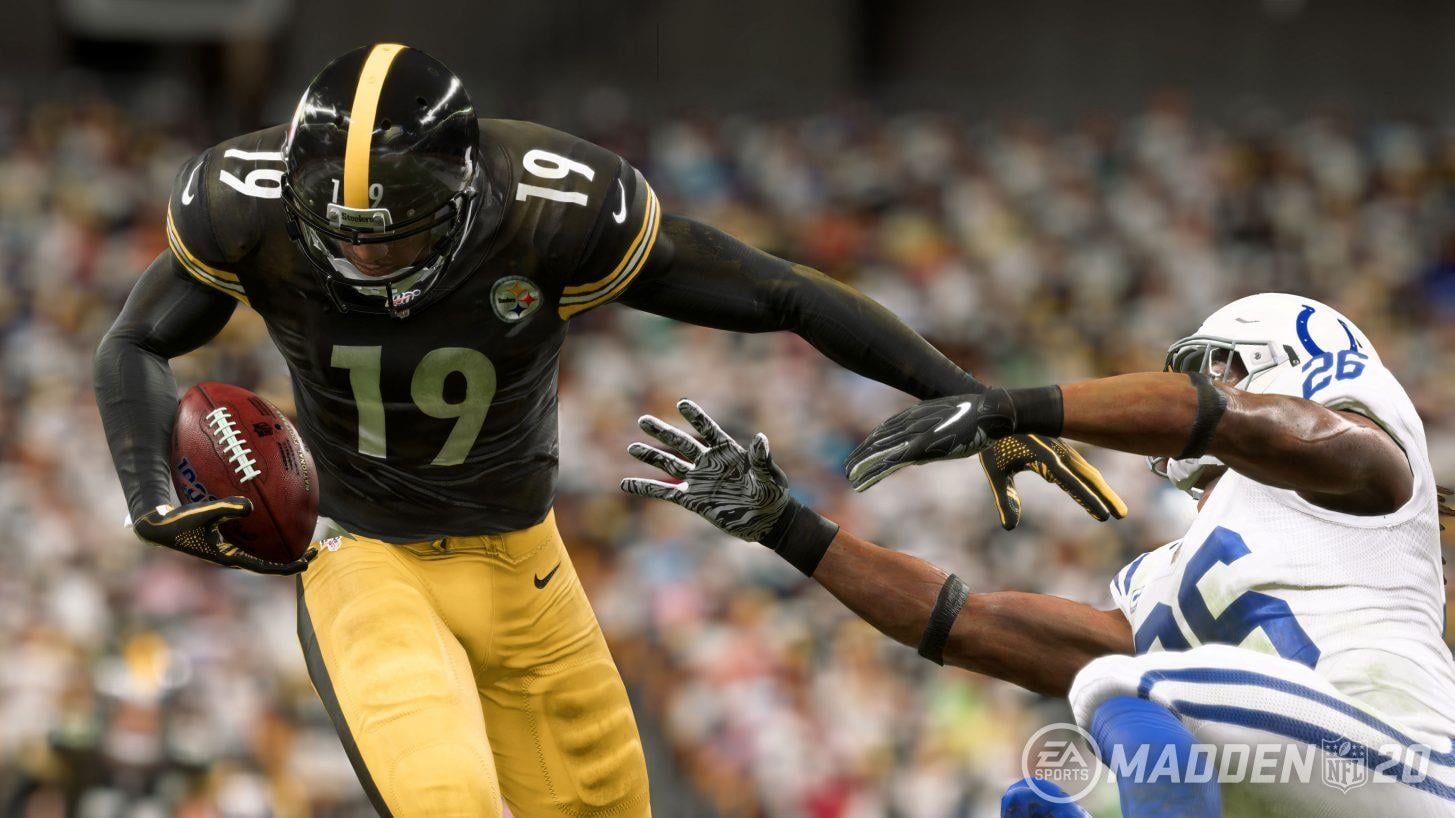 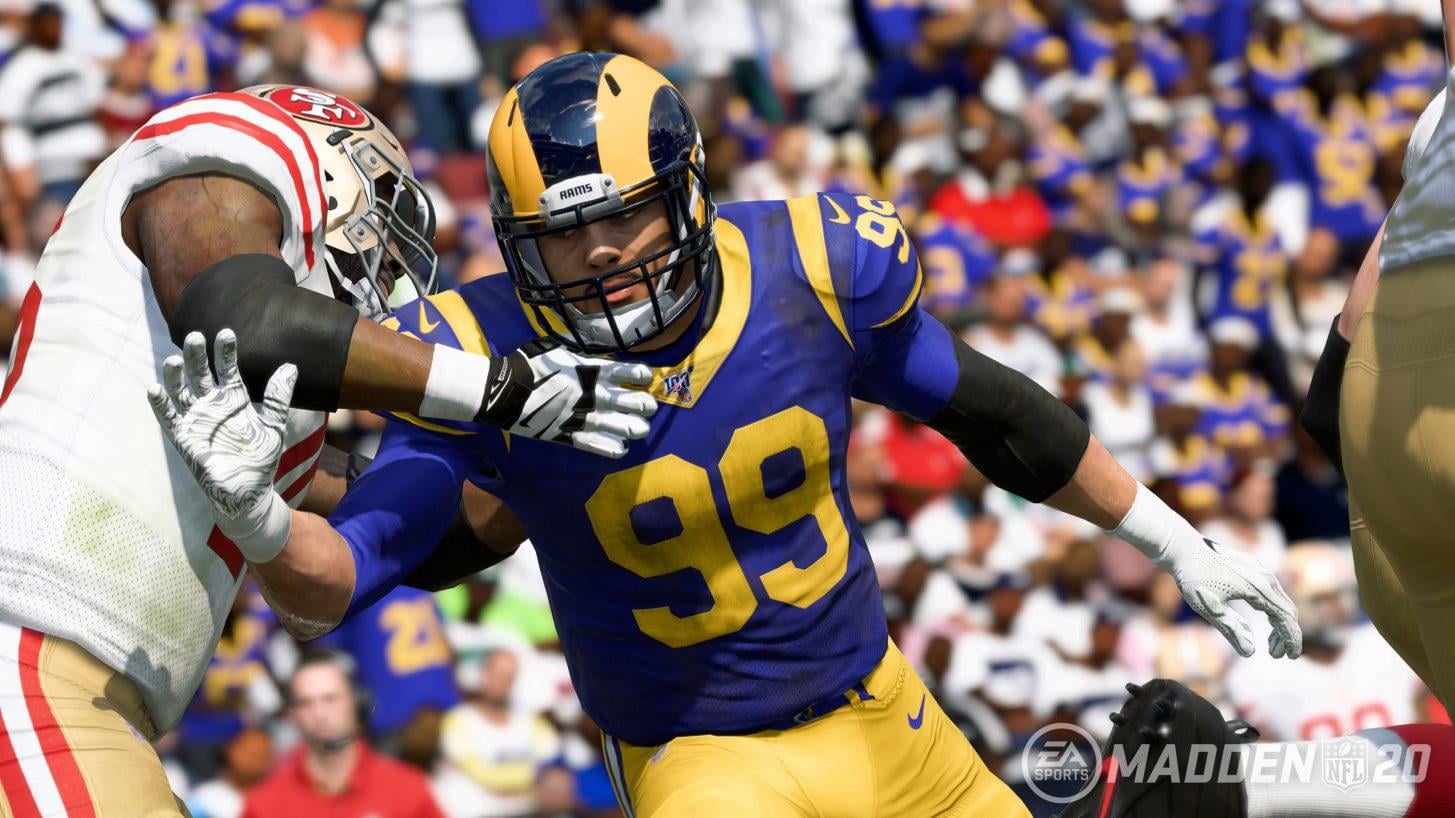 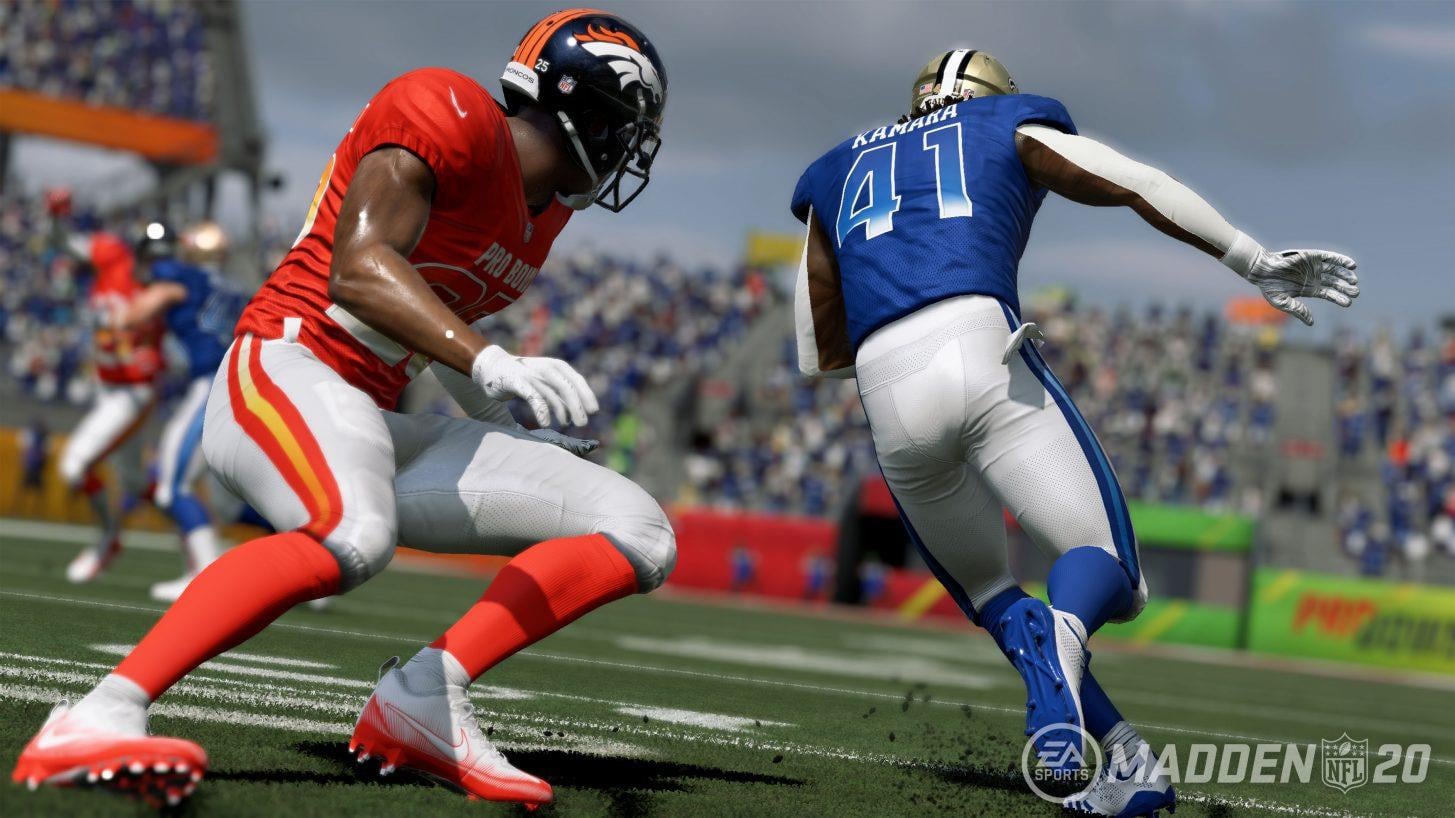 Firstly, EA Tiburon has confirmed that Kansas City Chiefs star Patrick Mahomes III will grace the covers of all three versions of Madden NFL 20 - Standard, Superstar, and Ultimate Superstar. The Standard edition is set to release August 2nd, with players purchasing the Superstar or Ultimate Superstar versions able to play from July 29th. See below for the official trailer, as well as a carousel showcasing the various pre-order perks of each version. 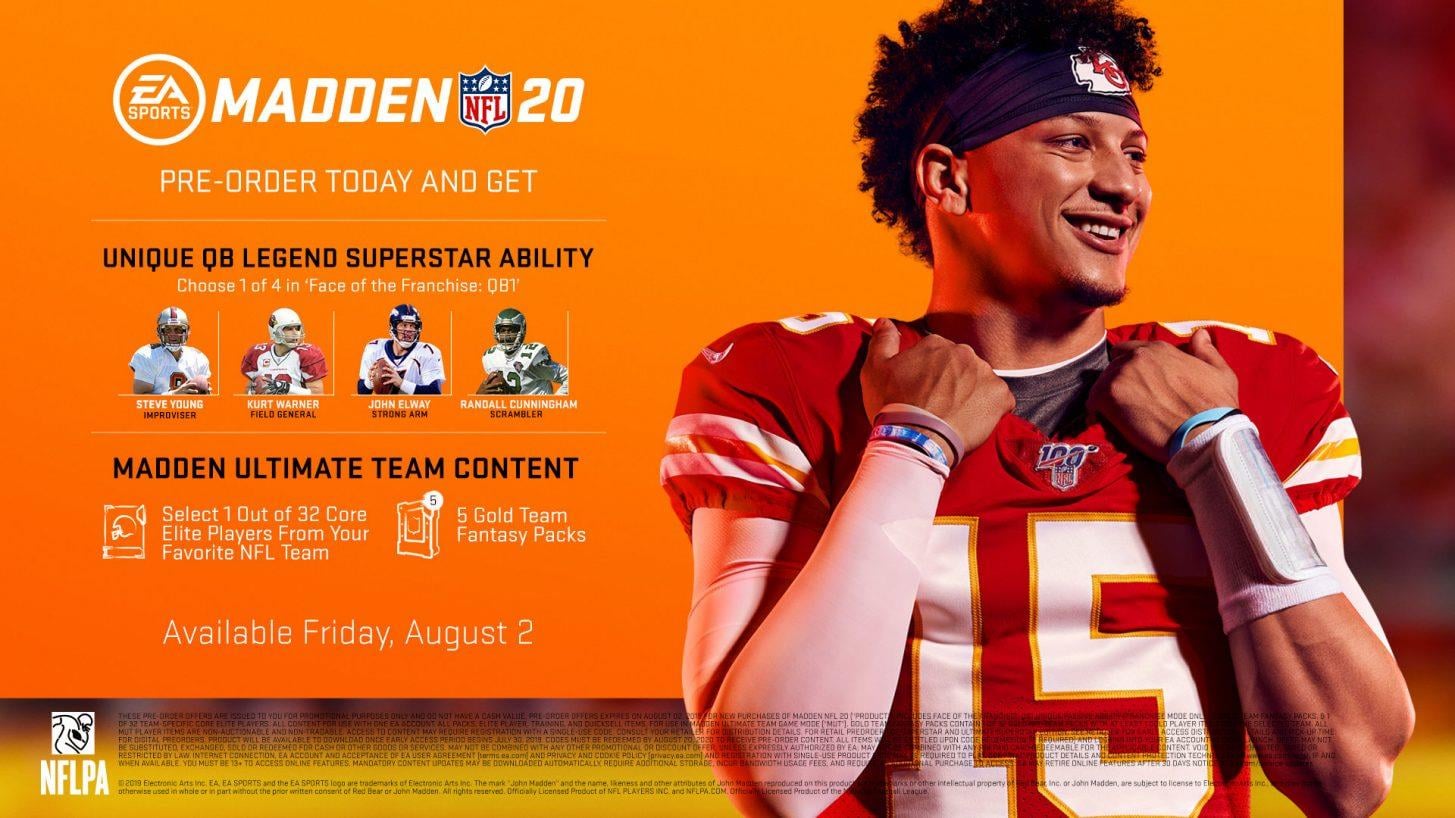 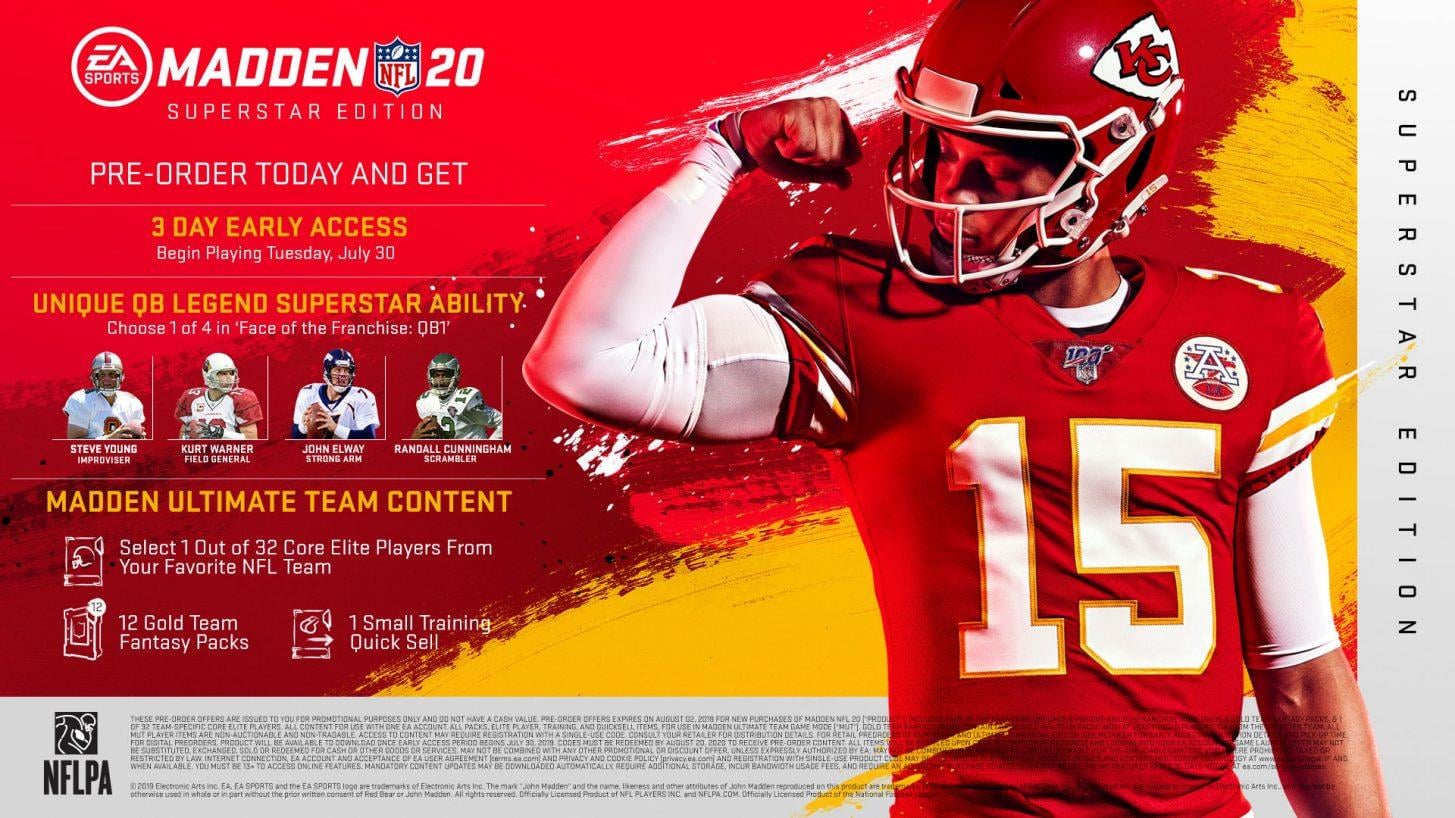 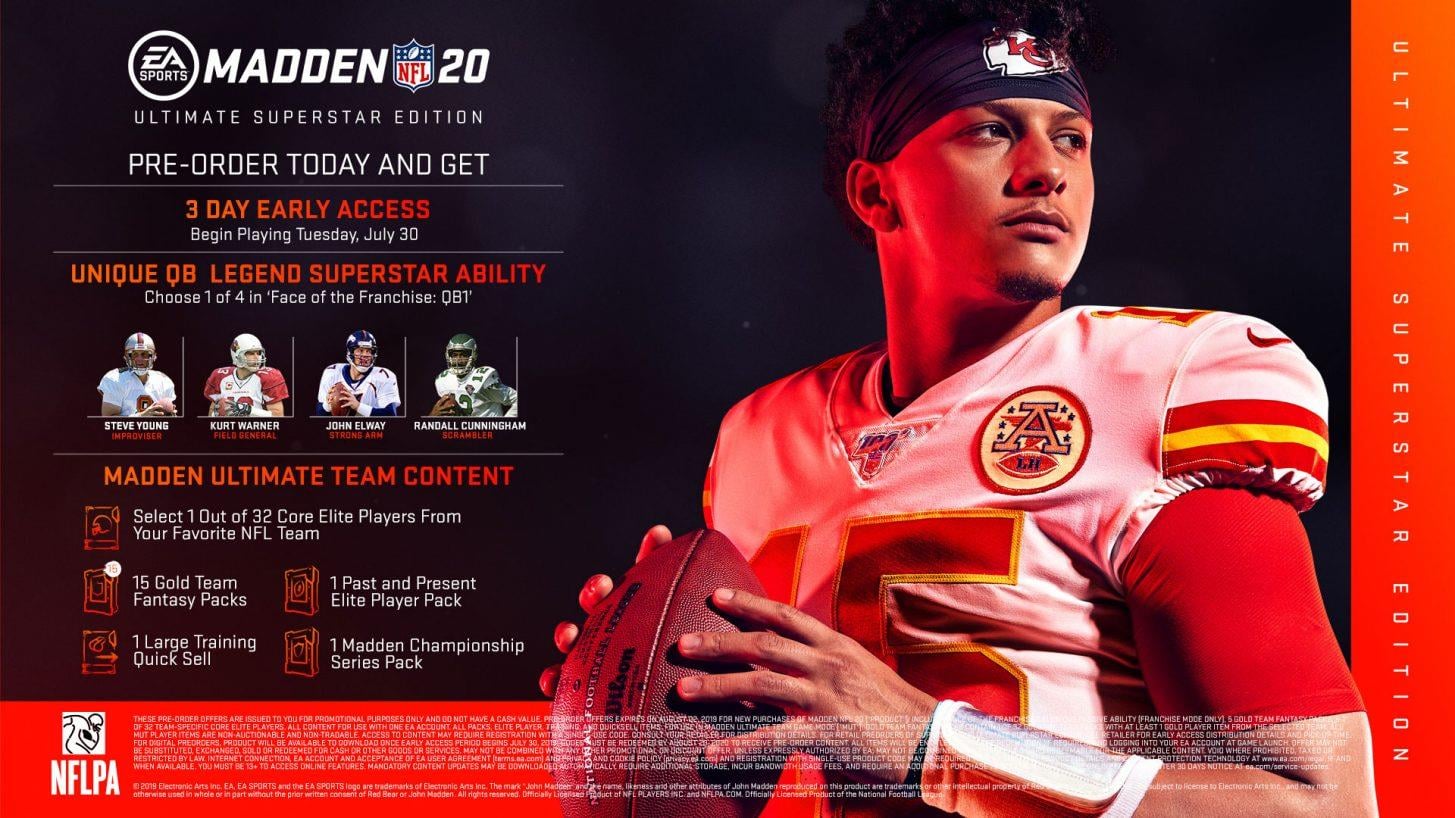 In perhaps the biggest piece of news, EA has confirmed a new game mode for Madden NFL 20 - “Face of the Franchise: QB1”. An evolution of the Superstar mode from previous entries, Face of the Franchise is best described as the new “career campaign”, where players will take control of a quarterback during their final College Football playoff run before the pros. Thereafter, players are expected to impress scouts during the off-season, before getting drafted and beginning their NFL journey. Players can also expect the return of a playable Pro Bowl to Madden NFL 20 , although it is uncertain whether it will be locked to this mode or playable in other modes. 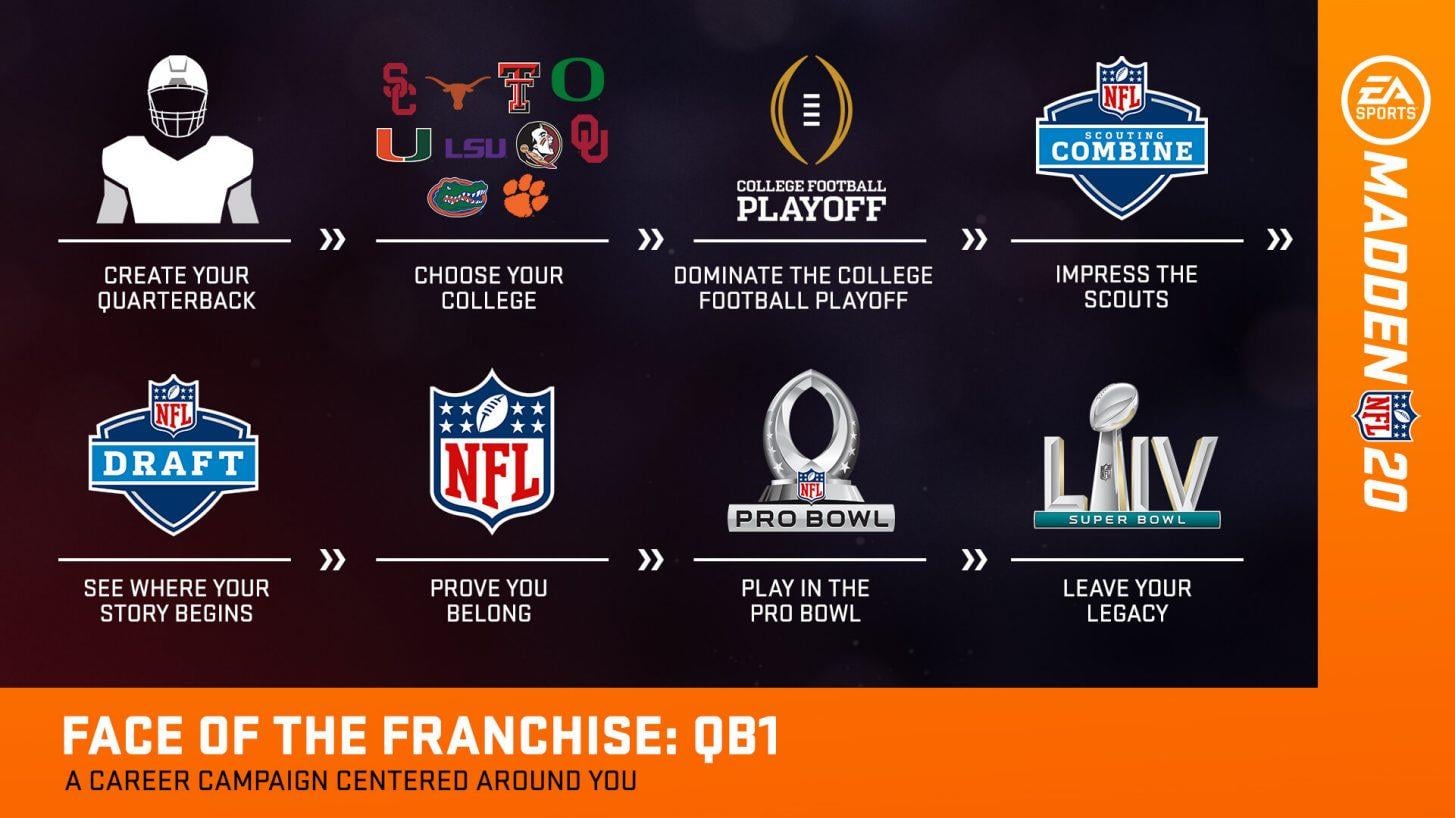 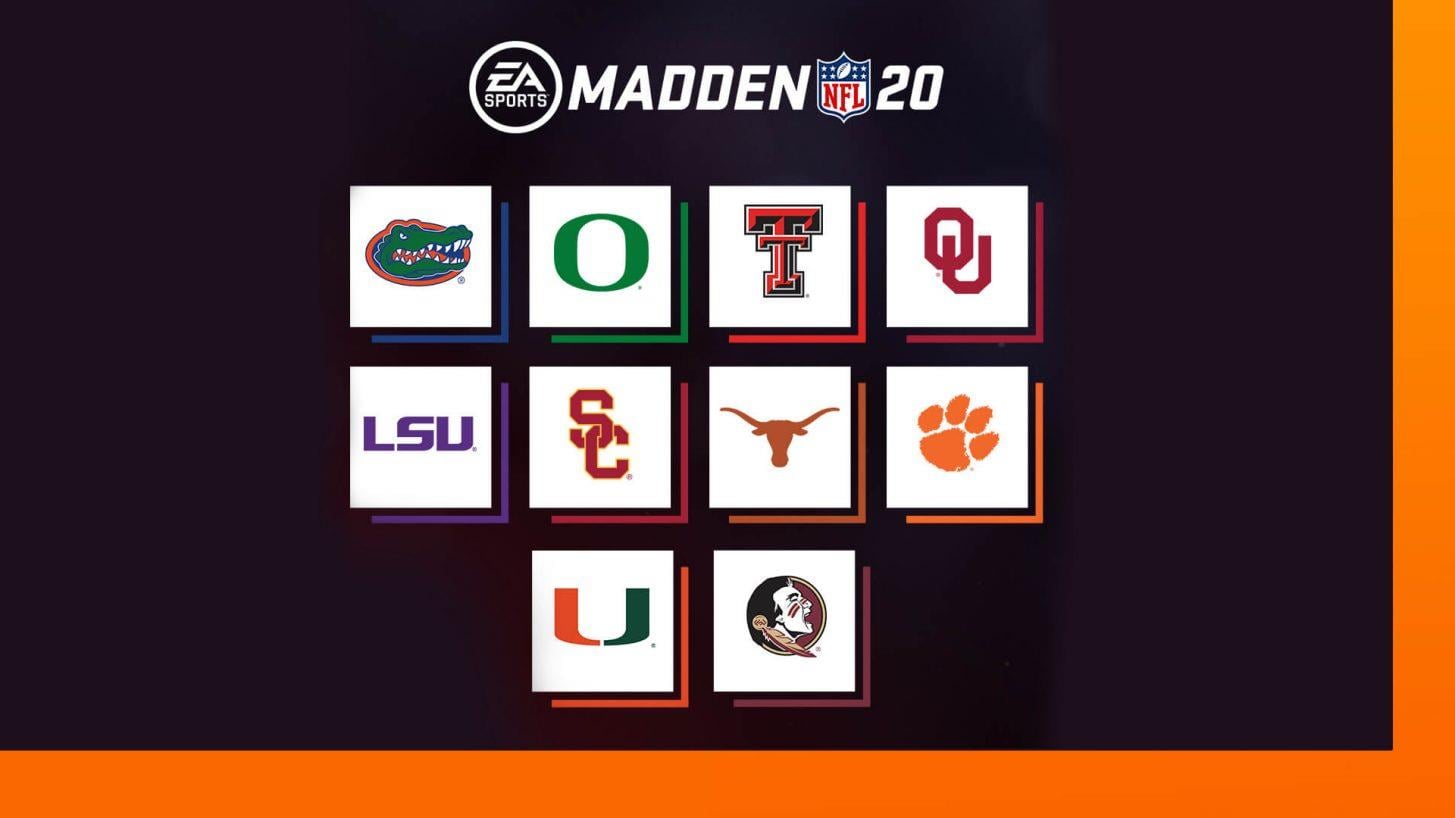 Also new to Madden this year are Superstar X-Factor" player abilities. In Madden NFL 20 , there will be around 50 players with “X-Factor Superstar” traits, capable of pulling off certain unique “zone” abilities best described as “once-a-season” moments. Other upcoming players will possess “Superstar” traits, consisting of any number of over 140 unique abilities synonymous with the games most talented stars.

If the above announcements weren’t enough, EA will also be explaining these new modes/features in further detail over the course of 5 live streams on theirofficial Twitch channel. Streams will begin from May 2nd and will continue every Thursday through to May 30th at 19:00 EST (full schedule visible below). 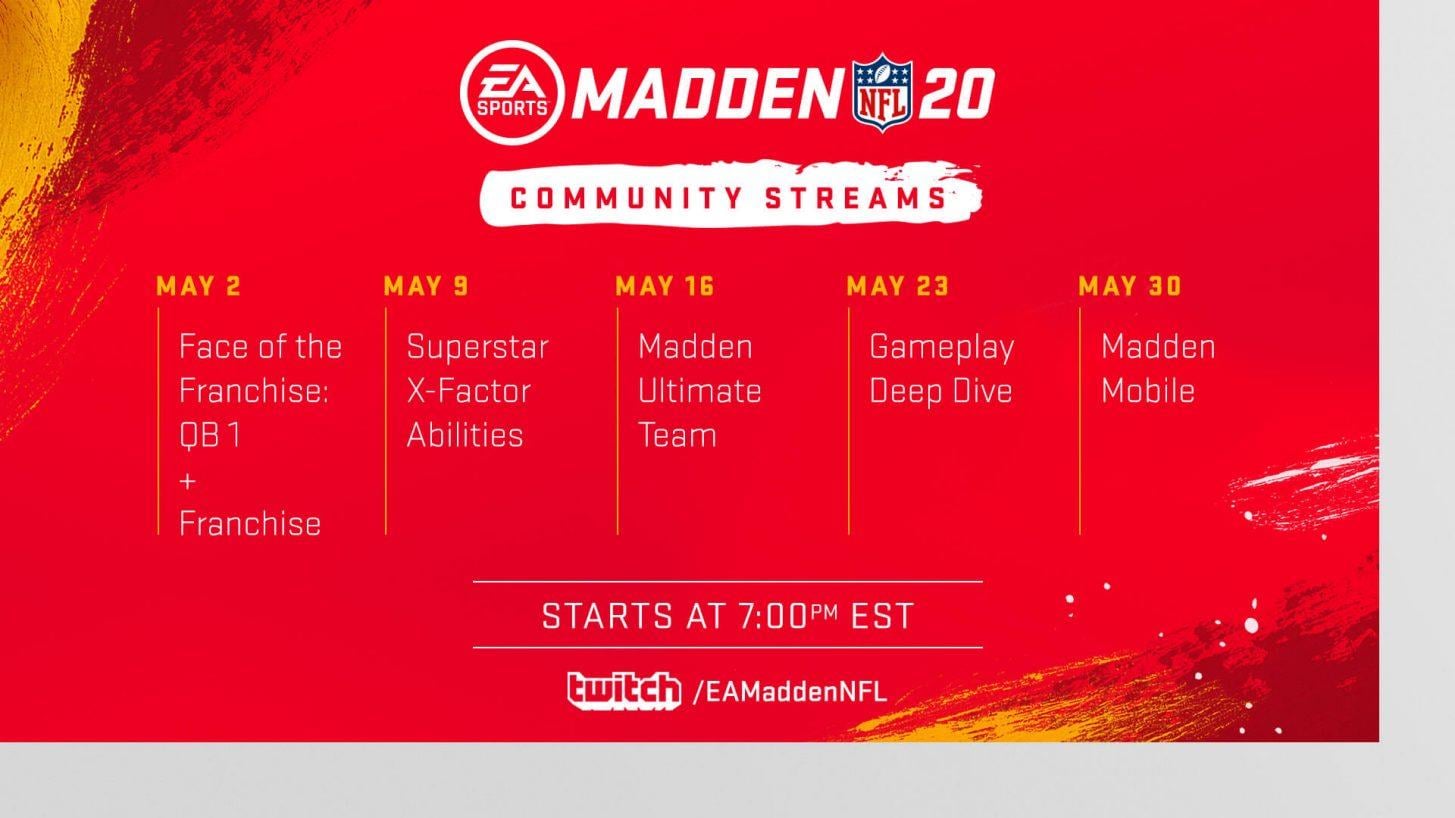 Are you excited for Madden NFL 20 ? Let us know in the comments.