Just back from the Friday night viewing at the local IMAX…

Certainly wasn’t your typical superhero/supervillian movie, that’s for sure. Thankfully that was pretty well known out of the gate, so I didn’t go into it with that preconception. When Phoenix was originally cast, I wasn’t thrilled but then quickly reminded myself I had the same reaction to Ledger, and we know how that ended.

No question about it - the guy can act, and he puts himself fully into the role. I thought he did a great job, one that could be on par with Ledger’s depiction but from an entirely different angle. Where Ledger was able to come in straight away as the mastermind villian, here Phoenix needed to built it up.

As an origin movie, I think it did a very good job nailing his spiral downward into madness. The writing pulled together the combonation of a society in turmoil, an outcast loner with a horrible past, and mental illness to mesh into a certain recepie for disaster…and disaster it certainly produced. When his prior coworker gets the scissors, my wife’s hand went to her mouth in horror…mark hit by the director.

Anyway…better than The Dark Knight? Mmmmm…no, but only because that movie was just more fun to watch. This one makes you think and really need to reflect on the journey of the Joker. Assuming it does well at the box office, the sequel WILL be something else I’m guessing.

confirmed i don’t need to go see it Thank you!! I appreciate a cerebral movie but Joker is not one i need to “think” oror “reflect” on. I thank you for the comparison of the two. I will see it but when it comes out on video. Doesnt help Im not a phoenix fan!!

I think this is the psychopath version of joker…and ledger and others we more sociopaths…regardless, I’m many ways I found myself cheering for him in true anti hero fashion…I found myself in his head and felt I could sympathize with his position on just about anything…

Agreed big time. For the vast majority of the film (a bit too long IMO) I found myself actually feeling sorry for him…almost rooting for him. In reality, it was just a question of when he’d get to the tipping point and start the rapid decent.

Haven’t seen the movie yet, probably next weekend. Just dropping this here. 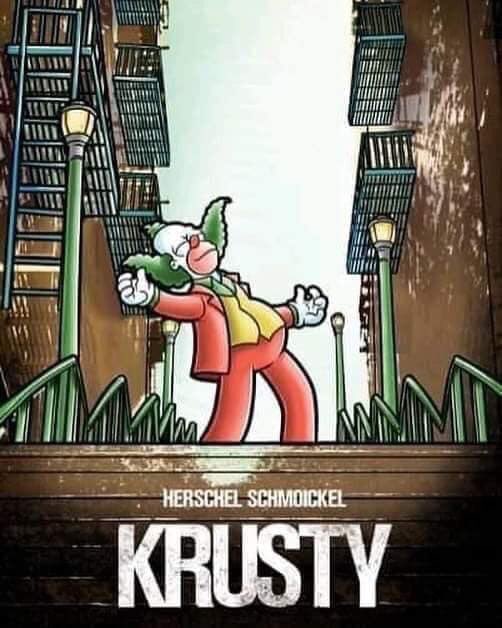 Can’t believe that lala has this nailed

Found an article that said: “ In “Joker,” which draws distinct inspiration from Martin Scorsese’s “Taxi Driver” and “The King of Comedy,” Joaquin Phoenix plays a failed stand-up comedian named Arthur Fleck who is as much a product of Gotham as his frequent nemesis Batman”

Finally a “superhero” movie with an actual story and actors who can act. I’m so over the mindless action the current movies have. Would I have liked to see the Joker have a few more bodies to add to his score by the end of the movie? Sure, but it wasn’t needed. After all this was a movie about how a man becomes the “Joker” and that is all.

I loved how this movie was shot. No CGI bullshit. In fact this movie only cost 55 Million to make and hopefully Joaquin Phoenix got the lion’s share of it because he was truly amazing. Losing 50+ pounds so his body could look so awkward and creepy. Not only was he able to learn that uncontrollable laugh but be able to pull it off so well we felt the pain he endured when doing it. He has to be in the running for Actor of the Year for this.

Then there was the music which was incredible. Hopefully you caught on quick to know what stage the Joker was in.

I’m hoping other companies pay attention to Joker and follow suit. They don’t all have to be artsy masterpieces but we need to get past the mindless action the current crop are stuck in.

All said and done, I loved this movie. It was completely worth the price of admission. @Gunny stop being a tater and watch something good.