Its nerf or nothing...

Yesterday in the TWAB, Bungie laid out a whole bunch of sandbox changes coming to Destiny 2 in Beyond Light. They are...controversial, to say the least.


Yesterday in the TWAB, Bungie laid out a whole bunch of sandbox changes coming to Destiny 2 in Beyond Light. While it may not be a full list and more could be coming, the general community reaction to what was listed here was…somewhat muted, as it contains a whole lot of nerfs and only some seemingly minor buffs.

I want to go through it all, and while I’m not the most technical of PvP dudes who can analyze every little bit of this, I still have some thoughts.

This is the most elaborate and complicated section of the changes, which involves changing or eliminating entire archetypes of hand cannons. In summary: 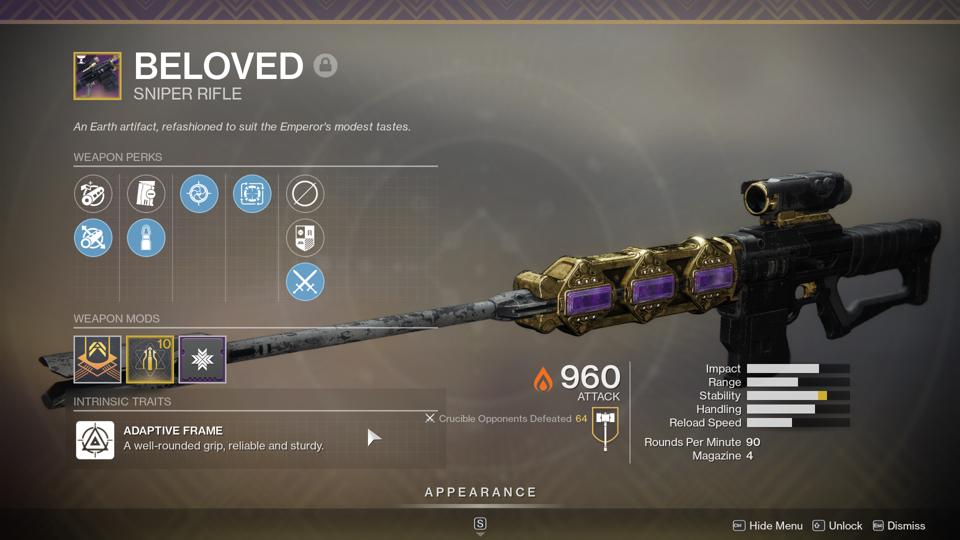 No, you are not getting a PvE damage buff for snipers. Rather, low-zoom snipers have had their auto aim nerfed while high zoom snipers have gotten an increase. That’s it, no more changes, and something that will be almost exclusively PvP-based.

600 Rate of Fire Auto Rifles, aka Gnawing Hunger and Summoner, are getting their damage nerfed from 15.75 to 14.25. Before the original buff, they were 13.75, so they are still above that. No notes of any buffs to any other RoF autos, just this nerf.

Bungie explains that they can’t buff Scouts too much without making them too good, so the only change they’re making is a small buff to aim assist. You can’t see me, but I’m rolling my eyes. 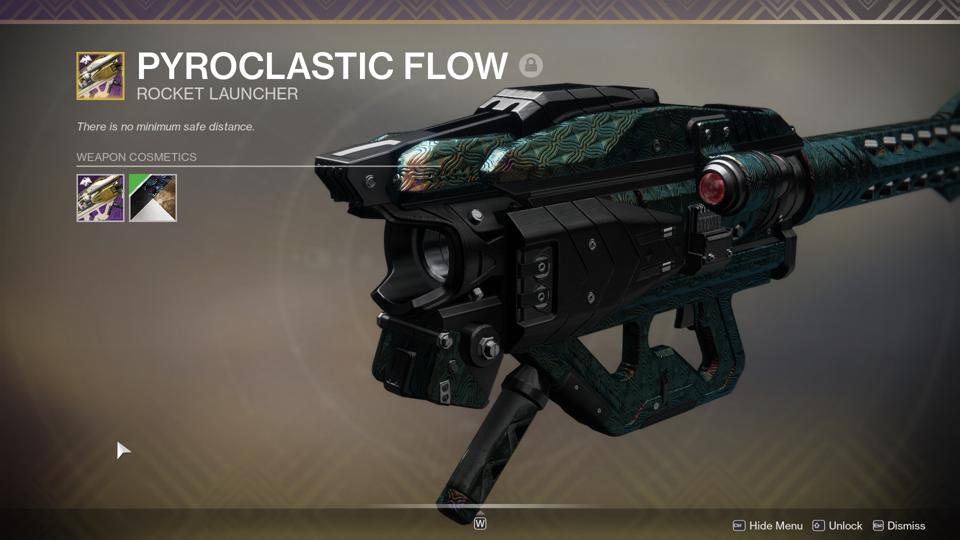 They are increasing reserves by 1 or 2 depending on inventory. Okay, now I’m starting to just get annoyed. No damage buff, not even a small one, and yes that is reserves not adding 1 or 2 to the magazine which is what everyone actually wanted to see out of a Rocket Launcher buff. This essentially does nothing and will change nothing. Irritating.

Increased inventory from 36 to 55. Merciless meta incoming?? Of course not. This is also a good time to recognize that zero changes are being made to fusion rifles in PvP or PvE, at least none listed here. 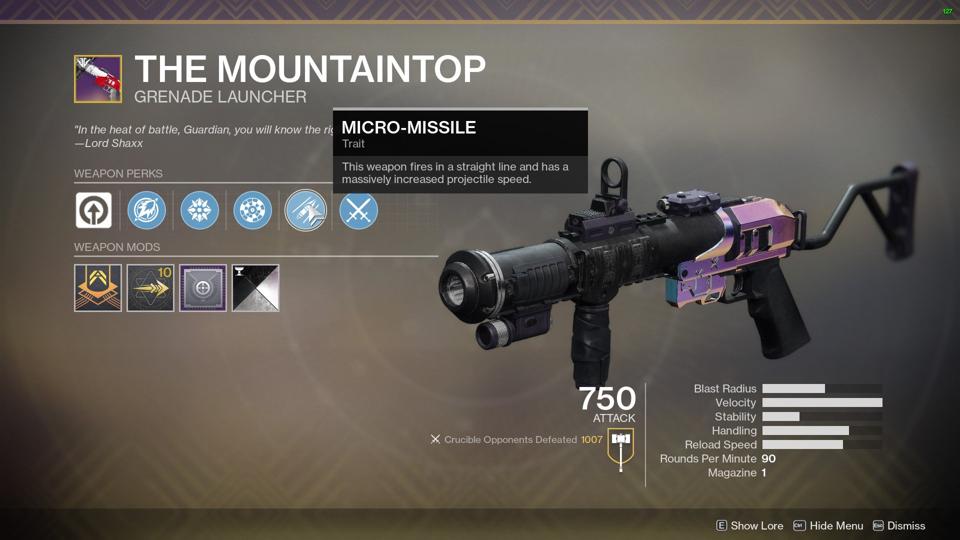 It’s finally getting nerfed, on top of being sunset, as it would still dominate a ton of PvP modes if they did nothing to it. Splash damage has been cut by 33% and impact damage down by 5% so less one hit kills. Projectile velocity is down from 1.4 to 1.2 making it easier to dodge. In-air accuracy is lower. Good, I love it. Bury Mountaintop so deep it never sees the light of day again (I don’t know if all this is enough to do that, but we’ll see).

Well, I think we knew this was coming. Heavy attack damage has been nerfed by 24% in order to make other swords viable. I still think this and other swords will be pretty meta for many PvE situations, but yeah, Guillotine was on its own plane, and I am not surprised to see it nerfed here.

Banshee is going to be selling a non-sunset version of these when Beyond Light hits so those exotics won’t lose their synergy. They added a few perks to each of them. 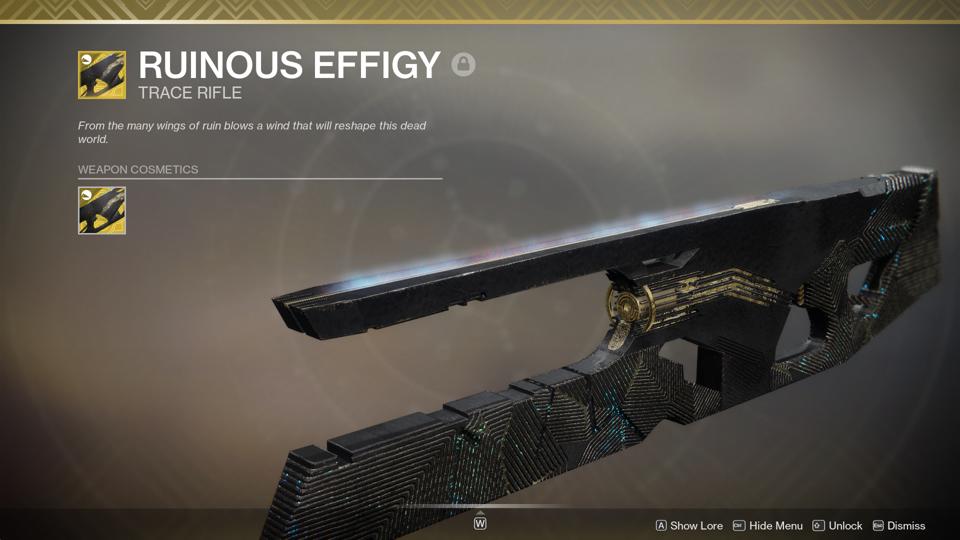 The aerial slam has been nerfed by 25% and the drain effect has been “significantly” reduced on enemies. This has confused a ton of people as this did not seem like a weapon that was out of control in any significant capacity. The theory is that this may have something to do with new content and/or Stasis, and this is being nerfed pre-emptively because of some sort of interaction to come in Beyond Light. But yes, it does come across as weird and Bungie doesn’t explain this at all, like they do some of the others.

Doesn’t multi-pierce shields anymore, but it’s better against shields overall. No nerf to the Aim Assist stat which was everyone’s main problem with it.

Fixed a bug that made its exotic perk not trigger. Armor Piecing Rounds were changed to High Caliber Rounds. Okay?

Yeah so, I don’t know. The only things in this entire list that seem like they’re getting somewhat major buffs are certain hand cannons after these changes. But everything else is either a big nerf or a buff so minor it’s laughable like rocket reserves or better scout aim assist. Again, there may be more changes coming, but I feel like this isn’t really what most players were hoping to see. I guess we’ll see how it works in practice, as they made these changes for a reason and after extensive testing, but I’m not seeing a ton to actually be excited about here.