From now until January 28th, the new limited-time “A Tribute to Family” quest is available for Immortals Fenyx Rising as part of a crossover event themed around Netflix’s excellent Greek mythology animated series, Blood of Zeus. 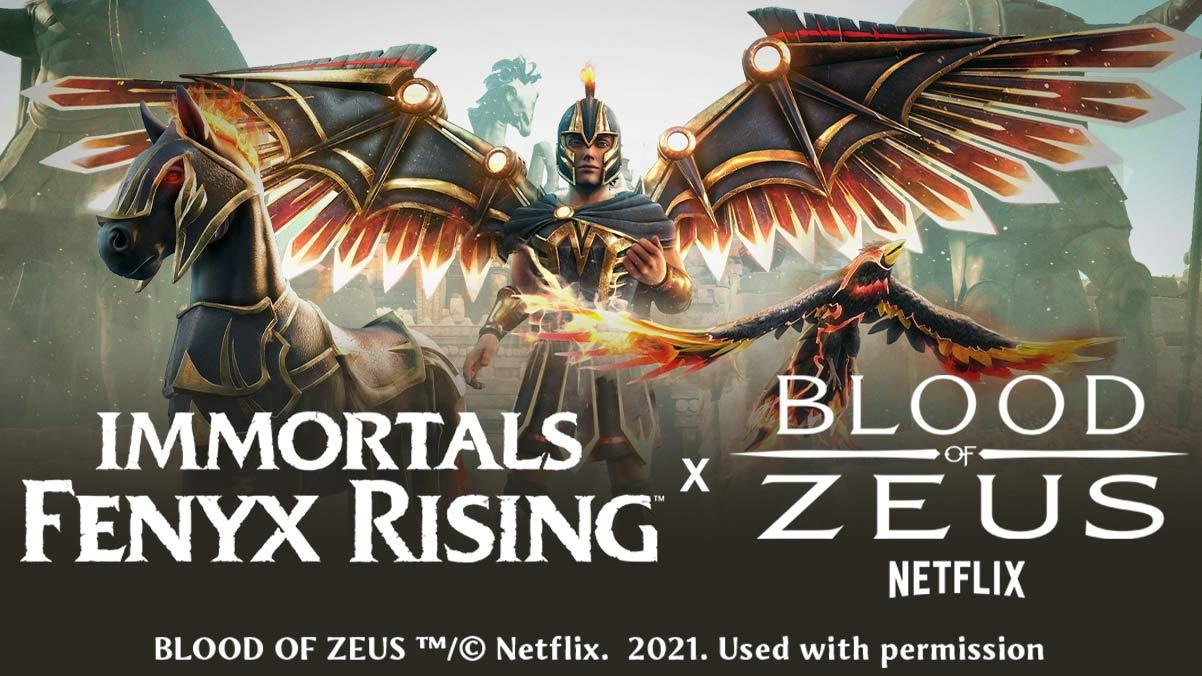 For the next seven days, you can start “A Tribute to Family” — as long as you’ve finished the “Gods and Monsters” quest — by heading to the Hall of the Gods and talking to the lonely ghost hanging out there. The quest has you setting off to defeat two mythical creatures which Ubisoft says are “from another world.”

Completing the quest will get you the Eagle pendant and customisation options themed around Blood of Zeus. A Blood of Zeus weapon pack and character pack will also be available to purchase, with themed skins for a sword, axe, bow, armour, helmet, wings, mount, and Phosphor. Presumably, the free Eagle pendant and customisation options won’t be available after this quest ends, but the weapon pack and character pack will still be available to buy.

This crossover came as a bit of a surprise, although it seems more of a natural fit for Immortals than the Adventure Time crossover, and it will be interesting to see if Ubisoft plans to keep adding crossover content and quests like this. In the meantime, the new content we definitely know is coming is the Immortals Fenyx Rising post-launch and season pass content outlined in Ubisoft’s roadmap, starting with the first DLC expansion, A New God, which you can try out since Ubisoft released a free demo with the game’s last title update.