On June 4, the treasure hunt begins.

Available to all players of Destiny 2, Season of Opulence will deliver new challenges, loot, and lore. Seasonal ranks for ritual activities will be reset once more, with a fresh set of Pinnacle weapons available to earn. The Iron Banner will be updated with a seasonal Quest to unlock armor. This summer, the Solstice of Heroes event returns with new rewards.

Owners of the Destiny 2 Annual Pass will receive their third extension of Destiny end-game content. Benedict-44 will be waiting in the Tower to help launch the new season. He’ll have your imperial summons, introducing you to treasure hunts, the Menagerie, and more.

This will be the final update to the Destiny 2: Forsaken Gameplay Calendar, showcasing all content introduced through Season of the Forge, Season of the Drifter, and Season of Opulence. 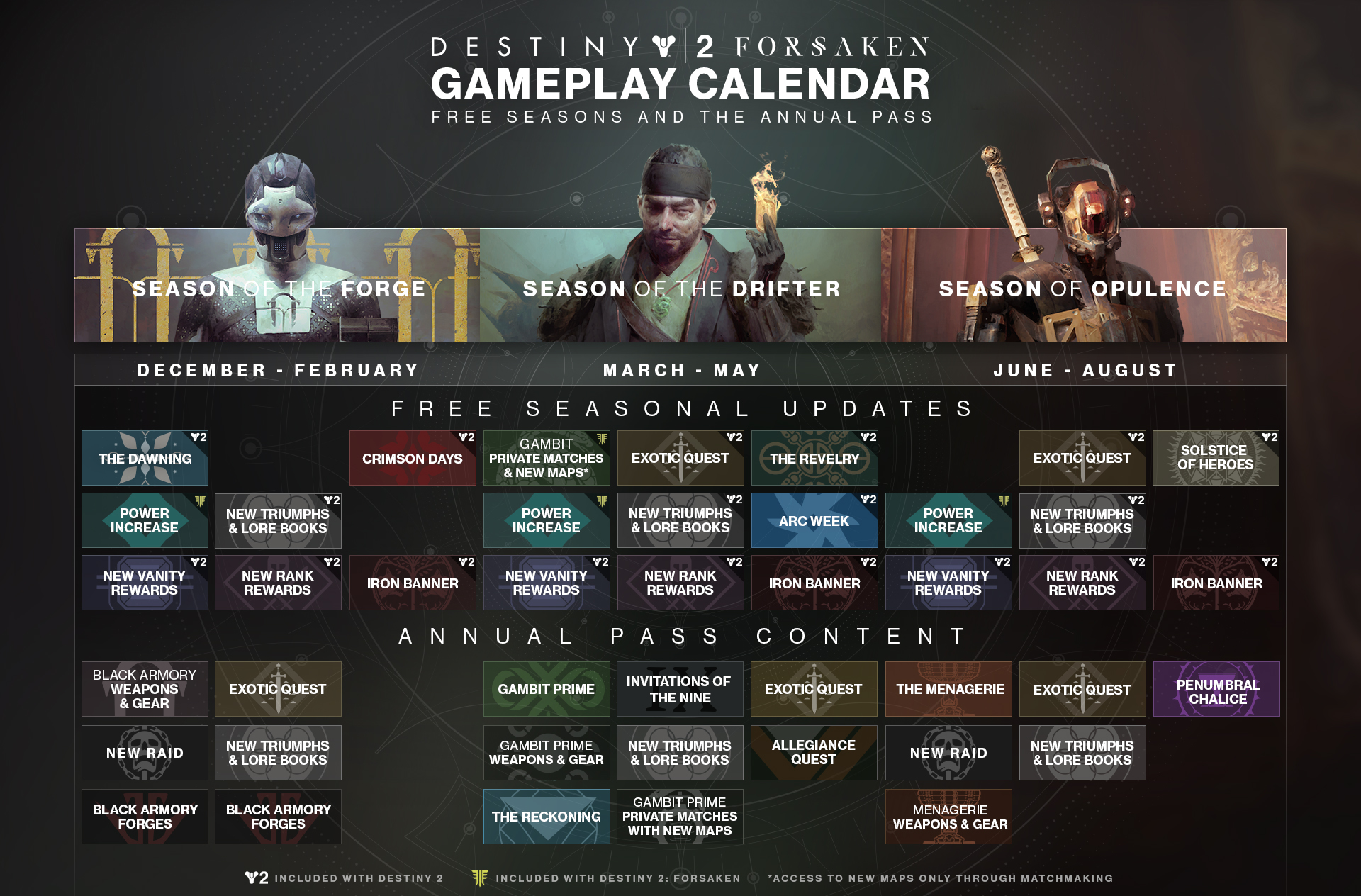 Calus would see you grow stronger through The Chalice of Opulence, which serves as a Guardians gateway to treasure in the Season of Opulence. Players who best the Menagerie, a new six player matchmade activity, will use the Chalice to create an offering of runes in exchange for the specific weapons and armor that they seek. Over time, Guardians will be able to upgrade the Chalice to acquire more plentiful and powerful rewards.

All players who have completed the Forsaken campaign will be welcome to try the Menagerie once, as well as access the Imperial Summons quest. This will grant players Power Surge gear at 690 power to help them jump directly in to the new season of content.

Owners of the Annual Pass will see new Menagerie bosses introduced throughout the first month of June, concluding with the introduction of Heroic difficulty. Matchmaking will be available for normal difficulty, but Heroic will require a pre-made fireteam to take on the greater challenge. 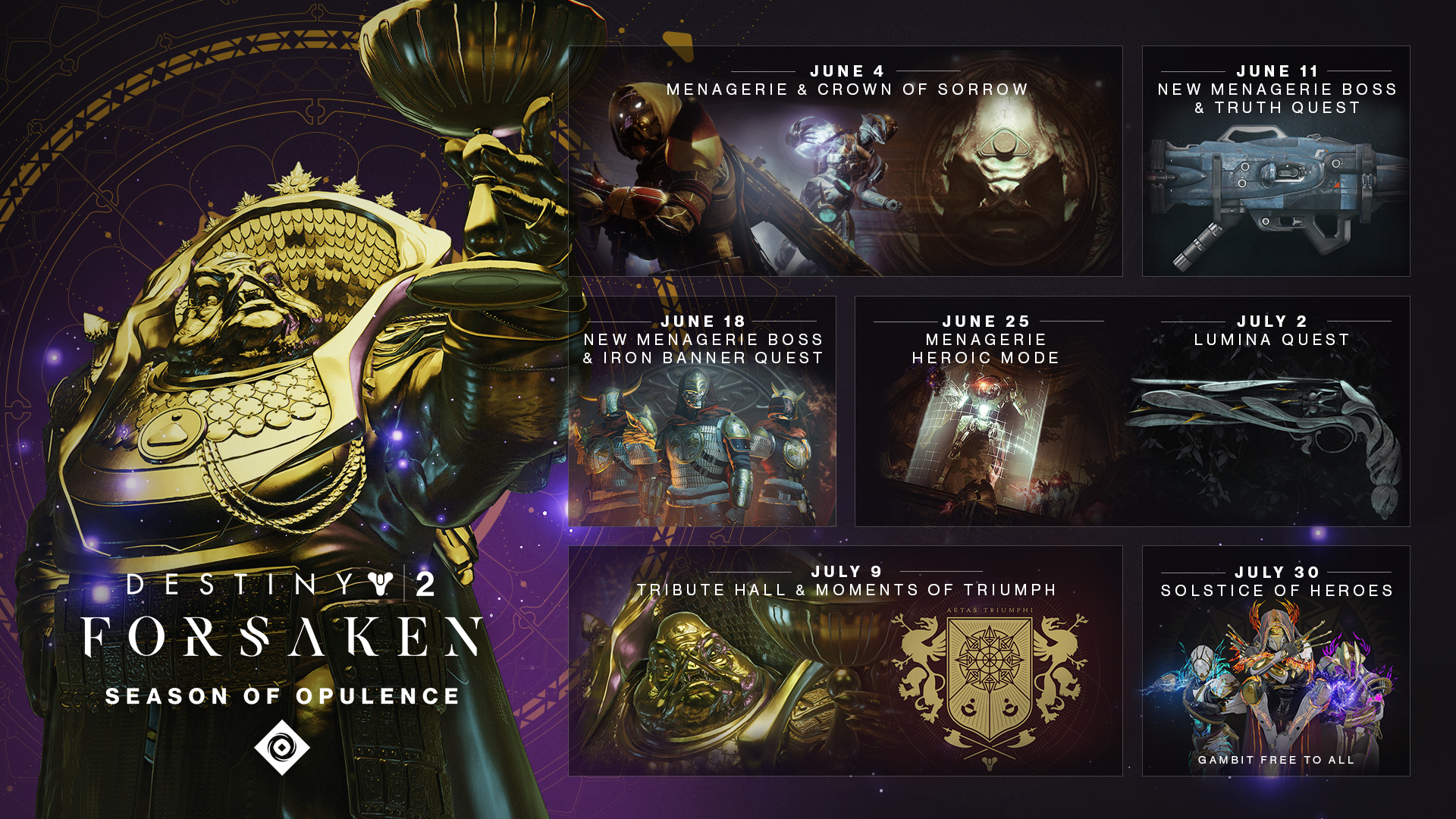 Each week, owners of Forsaken will also be invited to explore the worlds of Destiny 2 in search of treasure. Benedict-44 will have different objectives for you to complete during the hunt, leading to powerful rewards on your journey to 750 power.

As we progress through the season, more content will come to light. Quests will be uncovered, leading to Exotic gear. The Tribute Hall and Moments of Triumph become available to explore and complete. Solstice of Heroes brings a time of celebration, with new rewards and surprises in store.

For more about the upcoming season, be sure to stop by the Season of Opulence page on Bungie.net.

See you on the hunt.