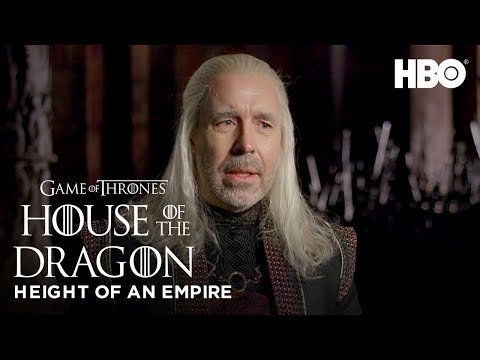 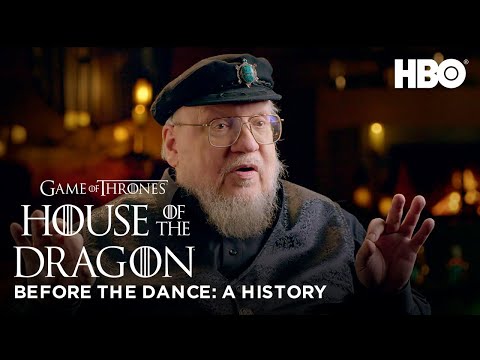 I enjoyed first epi. Filled in some stuff for me. My wife n I both agree princess looks funny lol. They have a few arcs out of this one to be interesting watch!

I saw it and didn’t mind. In GoT fashion, the first episode did a lot of story building and was on the slow side.

BUT the tourney scene was brutal.

Yeah something looks goofy on her, Damon too, seeing Matt Smith both with that shocking white hair AND having it long was weird. I enjoyed the show though. Unlike @Bigfish, I didn’t feel like it was slow, went by faster than I expected, they definitely had to do the tournament scene, without it people would be less likely to watch more episodes thinking they’d all be boring talky talking with the occasional dragon in the background lol

Watched it last night. Have a few thoughts on the show and it’s not all unicorns and rainbows.

Yeah something looks goofy on her,

My wife n I both agree princess looks funny lol.

Her front teeth stick out at an odd angle. Looks like they’re pushing out. She’s weird looking.

Here are my random thoughts:

The secret is a Song of Ice and Fire… All about the dangers of Winter and how all the houses will need to unite and a Targaryen needs to sit the on the throne. YET THEY FUCKED THAT WHOLE STORY LINE UP IN THE ORIGINAL SHOW!!! Yes, I’m still bitter about this.

They brushed off the White Walker fight with the battle at Winterfell. (Queue in Screen Pitch guy: That’s going to be super hard. Actually it’s going to be super easy, barely an inconvenience.) The kingdom isn’t united. They don’t have a Targaryen on the throne, Cersei is. Jon Snow should of been (he’s Targaryen after all)…

You nailed it with the not interesting. I realize I’m interested in two of the characters more because I like the actors, and one because a black, dreadlocked, Targaryen is just interesting enough that I want to know his story.

I will say that I’m cautiously optimistic that this show will be good. While I understand the main reason for a new GoT series is because of money, I do hope they learn from the original series mistakes and craft a better show. Look at how Star Wars did it…… Oh wait, the last 3 movies sucked balls.

Fuck, this is going to blow.

The secret is a Song of Ice and Fire… All about the dangers of Winter and how all the houses will need to unite and a Targaryen needs to sit the on the throne. YET THEY FUCKED THAT WHOLE STORY LINE UP IN THE ORIGINAL SHOW!!! Yes, I’m still bitter about this.

Didn’t Sam hand tyrion the “book” he wrote and it had that title? So, yeah that’s kinda fucked 175 years in the future!

I’m with Lala. I’m really glad that I didn’t have to pay to watch it.

And channeling my inner H2, I’ll give the first episode a big “Meh”.

dragons, fire, big tourney, incest (yea uncle-niece, something weird there) power struggle in the empire…its a good setup…don’t overthink it, enjoy the ride

Yeah, that’s where it’s going, Targaryen’s are known for incest so…

Episode 2 is in the books. What are you’re thoughts?

First I have a question? What’s up with king and his weird injuries? I know the Iron Throne is cutting him but why is it not healing?

I’m watching this but not really digging it. Hoping it picks up but doubtful it will.

cannot help but compare to that first season of GOT…it was sooooo good, not a wasted moment, so many characters and questions…this needs to go somewhere soon or we will lose interest…King/throne: I was thinking it might be diabetes but I suspect we will learn the “throne” is rejecting" this king cuz magic and plot(like the opposite of plot armor, plot swords?)

I think it’s to symbolize the rot that’s settling into the kingdom.

The king and girl wasn’t a date so much as an introduction/chat and the point was to make it creepy so the slightly older girl is less shocking.

I’m 100% with you on the dragons though, and it looks like in the previews that’s what we’re going to see in the next season.

What I don’t get is, it’s 200 years in the “past” and there are supposedly 10 dragons under the Targaryen’s control and at least one wild one that we know of, but they have 50 eggs still. Why the fuck are they all gone except for the 3 Daenerys hatches?? Is the war, excuse me, “dance of the dragons”, going to kill off a bunch? Dumb.

Date was creepy! Rest was just story development. Next week will be another time jump and forecasted boiled crabs by dragons!