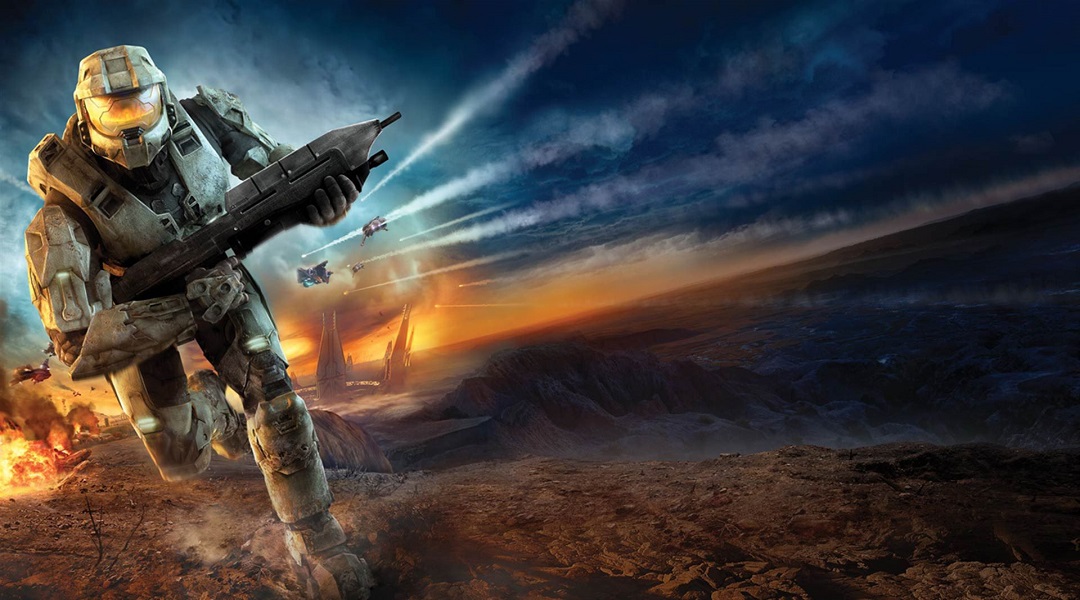 After being in development for years, it looks like the Halo TV series on Showtime is finally starting to get off the ground. Showtime has cast the Halo TV show’s Master Chief, with Pablo Schreiber of The Wire and Orange is the New Black fame portraying the legendary Spartan.

Schreiber will be joined by Yerin Ha, a newcomer who will be portraying a character named Quan Ah, invented for the TV show. According to Showtime, Quan Ah is “a shrewd, audacious 16-year-old from the Outer Colonies who meets Master Chief at a fateful time for them both.” Unfortunately for those looking forward to the show, Showtime didn’t reveal any additional Halo TV series casting details, so who will be playing important roles like Sergeant Avery Johnson or Cortana is still unclear at this point.

Halo TV series casting will continue in the coming months, as Showtime is looking to start production this fall. The Halo TV series is being produced by Steven Spielberg’s Amblin Entertainment, so it has some serious potential to break the video game adaptation curse, but we must stress that it is still in the very early stages of production.

And it’s also worth pointing out that while the Halo TV series sounds promising, it’s also hit its fair share of snags. The television show has been in various stages of production for years, and recently its director Rupert Wyatt stepped away from the Halo TV seriesdue to scheduling conflicts. Director Otto Bathurst will be replacing Wyatt, directing multiple episodes of the Halo TV series’ first season.

The Halo TV series isn’t expected to be a straight adaptation of the video games, but will rather tell an original story that doesn’t contradict the established canon. Even so, it would be interesting to see the Halo TV show explore some of the storylines from the games, like the rise of the Flood, the Arbiter betraying the Covenant, and perhaps even the fall of Reach.

More information on the Halo TV series should come to light in the coming months.

I had about given up on seeing this in my lifetime.

btw that’s porn-stache…i think it will happen…but i tend to be over-optimistic…case in point: Anthem

Yup, going to have to get his ass to the gym if he wants to be the chief.

I had about given up on seeing this in my lifetime.

You would watch this yet haven’t watched one episode of Game of Thrones. You are a confused nerd.

Yup, going to have to get his ass to the gym if he wants to be the chief.

Pornstache is Mad Sweeney on American Gods. A down on his luck Leprechaun and one of my favorite gods on the show. Didn’t know that until someone told me on GRG.

…yet haven’t watched one episode of Game of Thrones. You are a confused nerd.

I cancelled HBO now b/c i was not watching…here is the issue…as this is a hard R show, when the kids are awake obviously no go…then when they are asleep i’m gaming…I’m just not going to load up Hbo now over destiny…unless it something my wife will watch…and she will not

some things need to be watched cuz they are our thing…to lala’s point about GOT above…I was huge TF fan growing up…i knew the movies were not going to be great…but i watched them anyway as they occasionally remind me of the cool stuff i remember. Halo will do the same…if done well the easter eggs alone will be worth it, think Orville

I was huge TF fan growing up

Ahha… I was wondering same

i never got into GoT mainly because I have not had HBO for years. Honestly just have not cared enough to pirate it.

I’ve had hbo forever but for boxing… Now they are done with that… I’m canceling it as soon as last season of GoT is done. Won’t have a reason to keep it

I’m canceling it as soon as last season of GoT is done. Won’t have a reason to keep it

4 new GoT series that were announced…