Halo Infinite players have their fair share of issues with aspects of the game, such as the Battle Pass progression and Fracture: Tenrai event. Another common criticism is that it received very little new content throughout Season 1.

However, a new leak has emerged which seems to suggest that 343 Industries might be working on a follow-up to Halo 5’s Warzone Mode that may arrive in Halo Infinite with some battle royale features.

This Halo Infinite leak came from a leaked settings page tweeted by ‘HaloHubGG’, showcasing a variety of features that you’d normally find in major battle royale titles like Fortnite and Apex Legends.

The leaked image includes drop pods that allow players to respawn as well as a moving ‘containment zone.’ According to the leak, this new game mode will be “a successor to Halo 5’s Warzone” that will feature “Battle Royale-like characteristics.”

This 12v12 game mode had traits of Big Team Battle and would task players with completing different objectives across large open maps. While fans were disappointed to hear Halo Infinite would launch without battle royale, it seems that it may finally be on its way.

@HaloHubGG
🔥MAJOR NEWS!👀 It looks like a successor to Halo 5's Warzone may be in the works with Battle Royale like characteristics. We received these screenshots recently and know others have too. Note: We don't expect this mode to release anytime soon (1/2).#Halo#HaloInfinite#Gaming https://t.co/UkgjFYBvQB 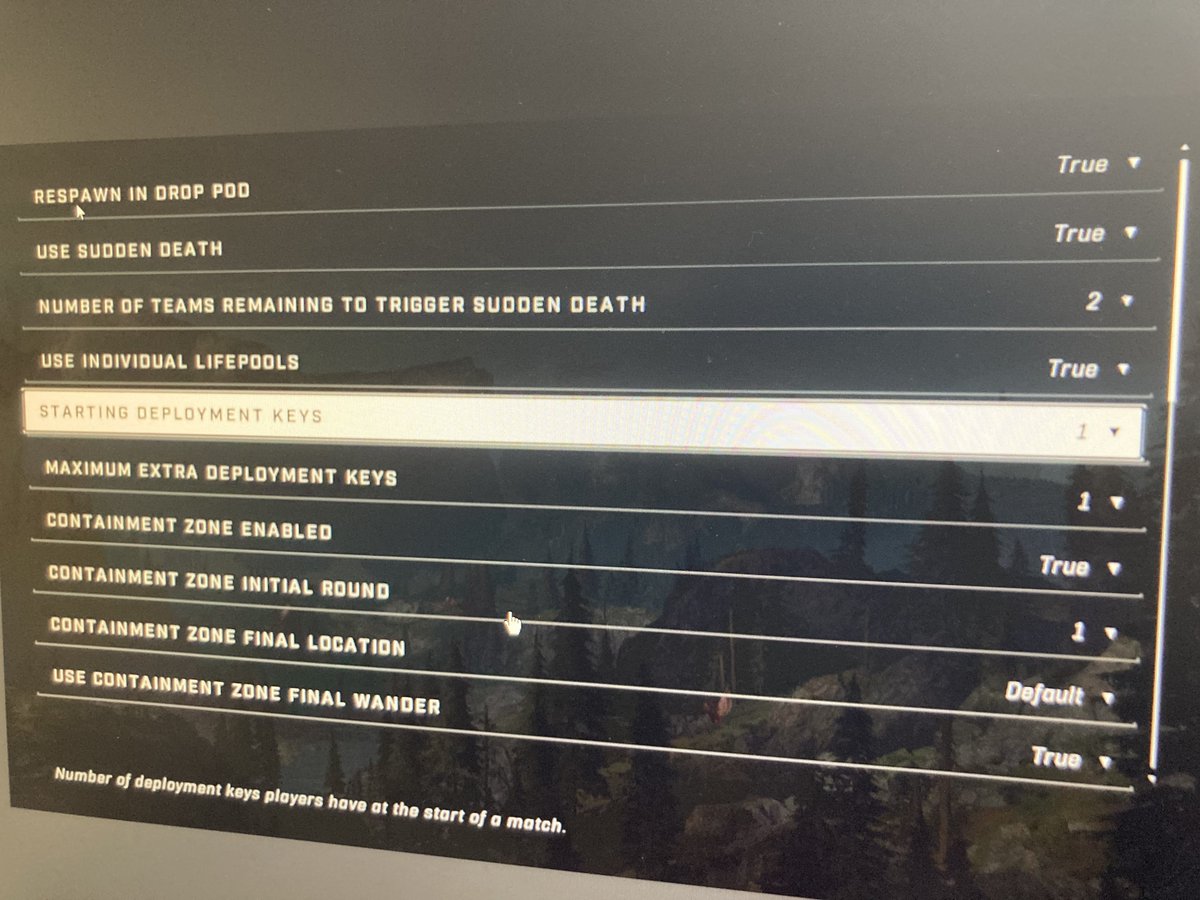 While the image shows teams having ‘lifepools’ across the board, this new game mode still appears to be team-based. While this sounds exciting, HaloHubGG added that they don’t expect this mode to release anytime soon.

It’s worth keeping in mind that these are currently just leaks, and none of this information has been verified by 343 Industries, so be sure to take it with a grain of salt until we receive an official announcement.

The devs have previously said “the only BR we’re interested in is Battle Rifle,” and other reports claim that they are currently working on an Invasion-style mode, so it might be a while since we see battle royale arrive in Halo Infinite.

The game needs help. It plays well but is missing all the content. And things it needs are just so far away that I doubt it will help.

“the only BR we’re interested in is Battle Rifle,”

Bonnie later kind of backpedaled on that and basically said a classic BR wasn’t in the works but didn’t rule out something along those lines. They’ve also said that building a BR in forge would be possible. I haven’t looked into this leak but it could be more about custom options.