2K has announced a new golf simulation game coming to Xbox One this August. PGA Tour 2K21 is developed by HB Studios and features 15 licensed PGA Tour courses that have been scanned and re-created using high-end tech to ensure fairways, greens, bunkers, trees and lakes are accurate to their real-life counterparts.

PGA Championship winner and former world number one Justin Thomas is the cover athlete for PGA Tour 2K21. He is joined by 11 other PGA Tour professionals, all of which will provide challenging opponents as players compete to win the FedExCup. Players can also create and customise their own avatar through MyPlayer and with equipment and apparel from licensed brands such as Adidas, Polo Ralph Lauren, Callaway Golf, and TaylorMade Golf. Players can also create their own custom courses using the new Course Designer.

2K says PGA Tour 2K21 is designed for all skill levels. Those new to the game can take advantage of real-time tutorials and shot suggestions. Those more familiar with golf games can make use of new innovations that 2K will be announcing more on later.

Players will also be able to play a couple of rounds with friends as the game can be played either locally or online. Modes such as Alt-Shot, Stroke Play, Skins and 4-Player Scramble will all feature. 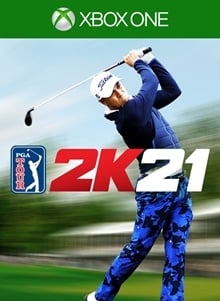 Play against the pros. Play with your crew. In PGA TOUR 2K21, you can play by the rules or create your own featuring a new PGA TOUR Career Mode, licensed courses and more! 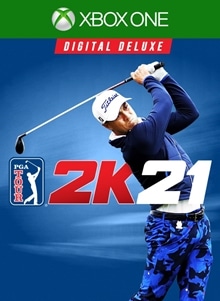 The Deluxe Edtion comes with the Golden Touch Pack which features a gold-plated putter and gold-plated 10.5 driver and a bonus 2300 in-game currency. Pre-ordering this edition also gets you the 2K/Adidas CodeChaos MyPlayer Pack.

Rory wasn’t so bad. We had a bunch of players playing it too, we even had a tourney.

Xbox Game Pass gains a surprise day one addition If you can’t wait until August for PGA Tour 2K21, why not give Golf With Your Friends a go? The mini-golf sports title launched today, and although previously unannounced, has been added to Xbox Game Pass. [Golf With Your Friends Achievements] The game supports up to 12 players in both local and online multiplayer, and it features more than ten unique courses each with their own theme and location. One course is based on publisher Team 17’s popular franchise, Worms. In custom game modes, players can use powerups such as turning a ball into a square and throwing down honey to hinder others’ progress. Three game modes are available in Golf With Your Friends, including Classic mini golf and t…

I was expecting a lot more from the game perhaps. I owned the title for one day and returned it the next.

Definitely will check this out. GamePass is the best value in gaming and once again proves such.

If you have GamePass, Golf With Your Friends in on there now. Just a mini-golf game, but could be fun with enough people. 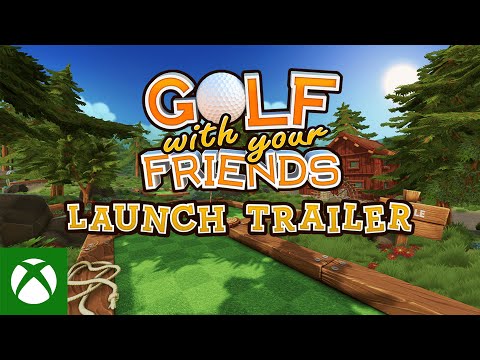