It’s good news for Gods & Monsters and Skull & Bones fans, as Ubisoft CEO Yves Guillemot says both games are “well on the way”. 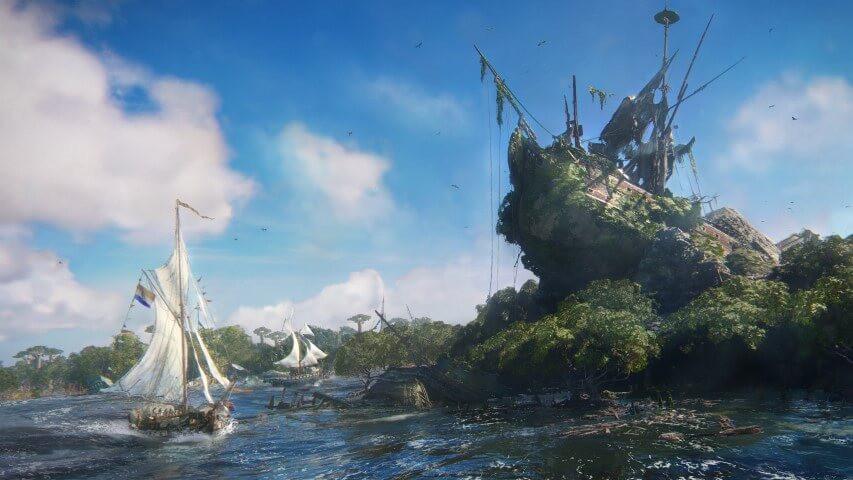 Speaking during the latest Ubisoft earnings call, Guillemot said, “Gods and Monsters and Skull and Bones are well on the way… they are performing very well. We are very happy with the way it’s going on those two games” (thanks, GamingBolt.)

This is a welcome update for two games which haven’t really had any new concrete information in some time: particularly Skull & Bones, which was announced back in 2017. Skull & Bones had been intended for a 2018 launch before suffering several delays, and has since been shrouded in mystery with no new updates, although the latest rumour suggests Skull & Bones has been rebooted as a “live” game inspired by Fortnite. There’s been no official confirmation of this rumour in particular, but Guillemot’s comments that the game is “performing very well” is definitely promising.

Gods & Monsters, Ubisoft’s open-world romp through Greek mythology, was unveiled just last year before being delayed, along with Watch Dogs: Legion and Rainbow Six Quarantine. It’s another new concept from Ubisoft, and looks visually stunning. We haven’t had any updates on this one for a while either, so it’s a relief to hear it’s still “well on the way.” You can check out everything we know so far in our Gods & Monsters roundup.

We’ll hopefully hear more on one or both of these at Ubisoft’s second Ubisoft Forward, and we’ll be sure to keep you updated if there’s any news in the meantime.