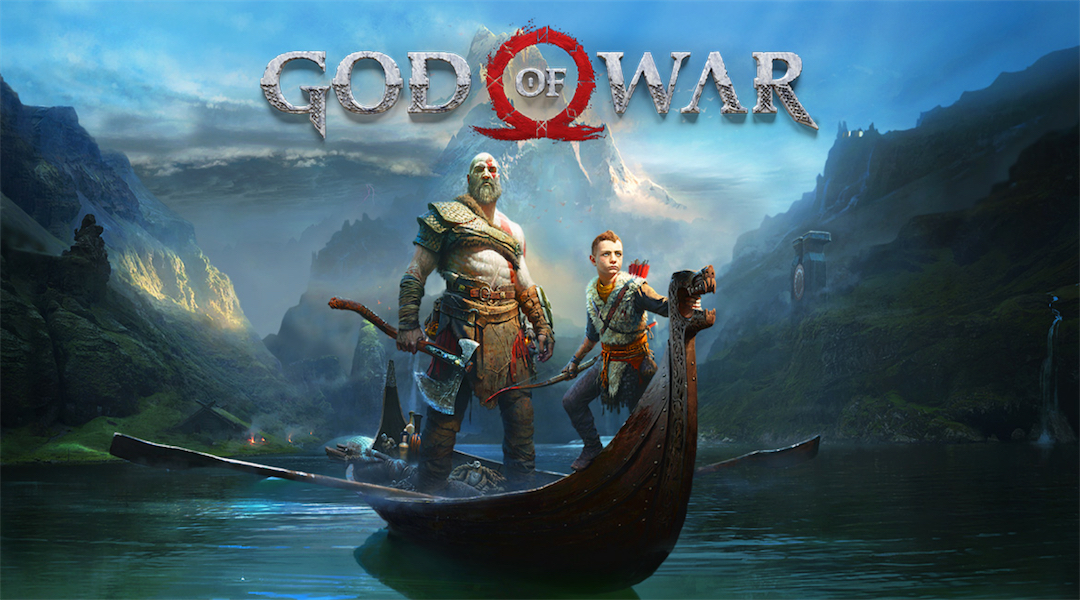 Sony Santa Monica has evolved Kratos in God of War and in the process delivered a technical and narrative showpiece that any PS4 fan should be proud of.

Within the first minutes of the game, it becomes clear that God of War, the soft reboot from developer Sony Santa Monica, is fighting with its past, both narratively and as an interactive entertainment product. It has been 5 years since the last Kratos adventure, and even longer if you stuck to the mainline entries in the series. In that time, video games have changed a lot and now God of War has changed with them to better suit our time.

The blunt instrument that Kratos once was – a demigod hell-bent on demolishing all of Greek mythology – has now given way to a more mature, fleshed out character. This is God of War for the modern age, and it’s easily one of the best games of this console generation. There is truly so much about God of War that feels new and exciting it’s hard to focus on just one thing that the game does exceptionally – from top to bottom this is a creative marvel.

Because Sony Santa Monica has done so well to preserve the secrets of God of War, it’s best not to dig too deep into the particulars of the story. All that’s worth saying is that God of War consistently surprises the player, taking them to new environments that fit perfectly with the Norse themes of this new series entry. There’s a sense of scale to the world that is totally different when compared to past games, but is more impressive because of the framing of the camera. The player never leaves Kratos’ side throughout the entire game, a stark departure from the fixed camera perspective used to give prior games a sense of scale. Make no mistake, though, the new camera may be a big change, but Sony Santa Monica has not lost its ability to make players feel small in a vast world.

This is the first God of War game where players have a lot of freedom to dictate when they choose to explore and when they choose to follow the critical path. There is still a linear progression from story beat to story beat, but once the game opens up, players are afforded the opportunity to complete side quests, collect loot, or just take in the sprawling world that Santa Monica has created. This is the meatiest God of War by a large margin, packed to the brim with content that will satisfy any completionist or collector.

Loot is not the only major departure for God of War, but it plays a key part in the gameplay. Sony has opted for a more RPG approach to the combat in God of War, where players face enemies with levels and health bars. As Kratos collects or crafts new gear, he will be able to do more damage to these enemies, and also withstand a few more hits. Other pieces of gear lower cooldown times for abilities, and some will increase XP and hacksilver gains (God of War’s form of currency). Players can choose how they want their Kratos to approach battle, with combinations so diverse they are almost overwhelming.

At its core, though, God of War is still a character action game, albeit with a bit more deliberate approach. Players are no longer trying to enact elaborate, 50-hit combos, but instead focusing on getting in hits when they can and blocking, dodging, or parrying where necessary. Kratos still has a variety of moves at his disposal, but many of them are focused on chaining attacks between those dodge/block moves, or for dealing big damage to a staggered enemy. There are also unique abilities tied to the weapons, which Kratos can call upon when cooldowns have reset. Again, the player is presented with a lot of options, so although the axe may feel very one-note at first, the combat evolves right until the very end.

There are going to be comparisons to Dark Souls made, but the less reductive way to put it is that God of War forces the player to think about every action they make, be it freezing a baddie in place with the Leviathan Axe to use their fists to pummel another or using Atreus to pull a particularly tough enemy out of a group. Pattern memorization also becomes an important part of the combat, especially with mini bosses and bosses.

Speaking of Kratos’ son Atreus, the boy is both an integral part of the story and the combat. Players can use Atreus’ arrows to slightly damage enemies but more importantly, his arrows build up a stun meter. Once that fills, Kratos can pull off his signature grabs, which are gloriously violent. Using Atreus might not seem like a big deal, but on harder difficulties and against more challenging bosses, he becomes a real boon.

More than that, Atreus is essential to the story and the evolution of Kratos as a character. With a curious son, Kratos must confront his violent past and find a way to move forward. For several games now, Kratos has been little more than an endlessly angry meathead, but now that he is a father all of that history brings a new context. And Sony Santa Monica doesn’t shy away from it either, but faces the series’ history head on, looking to find Kratos’ place amongst games that seek to tackle more mature themes.

And it’s all done in a way that feels natural for Kratos’ character, and not ham-fisted in an effort to make God of War more politically correct. This is a character who was defined by violence and left nothing but death and destruction in his wake. But now that he has a son, Kratos must use that rage and skill to protect him, while also trying to help him be a better man. The story in God of War, from the development of Atreus and Kratos to the way Sony incorporates Norse mythology into the existing series’ lore, is truly special.

Describing each aspect of God of War would only serve to keep readers from going out and playing this game, which everyone should. Top to bottom, Sony Santa Monica has created a beautiful evolution of the series. The story is more nuanced and full of surprises, the characters have depth and their relationships grow, and the combat is more deliberate and forces the player to consider every action. Graphically, this is one of the best looking games on a console, filled with diverse and colorful environments and a sense of scope and scale that makes the world feel whole.

The best comparison to be made is that Sony Santa Monica took a blockbuster, popcorn action flick and made it an Oscar contender, without sacrificing any of the series’ central DNA. God of War is one of this generation’s crowning achievements and is up there with some of Sony’s best.

A post was merged into an existing topic: God of War Mega Thread