Get Ready for Dead Rising 4 With Frank West's Selfie Guide

The Dead Rising series is back this December with Dead Rising 4. Frank West is returning and as we can tell from the trailer (below in case you missed it), the photography mechanic is back alongside him. Players need to be “on” their photo (and selfie) game this winter. Who better to give you some pointers than the man himself?

In the infographic below you can get a glimpse into the master’s selfie technique as well as learn things you probably didn’t care to know about Frank West. For example, he moisturizes. Good to know. He also hates baseball and finds a much more fitting use of a nice baseball bat to be putting nails on the end Chuck Greene-style and whacking zombies with it. 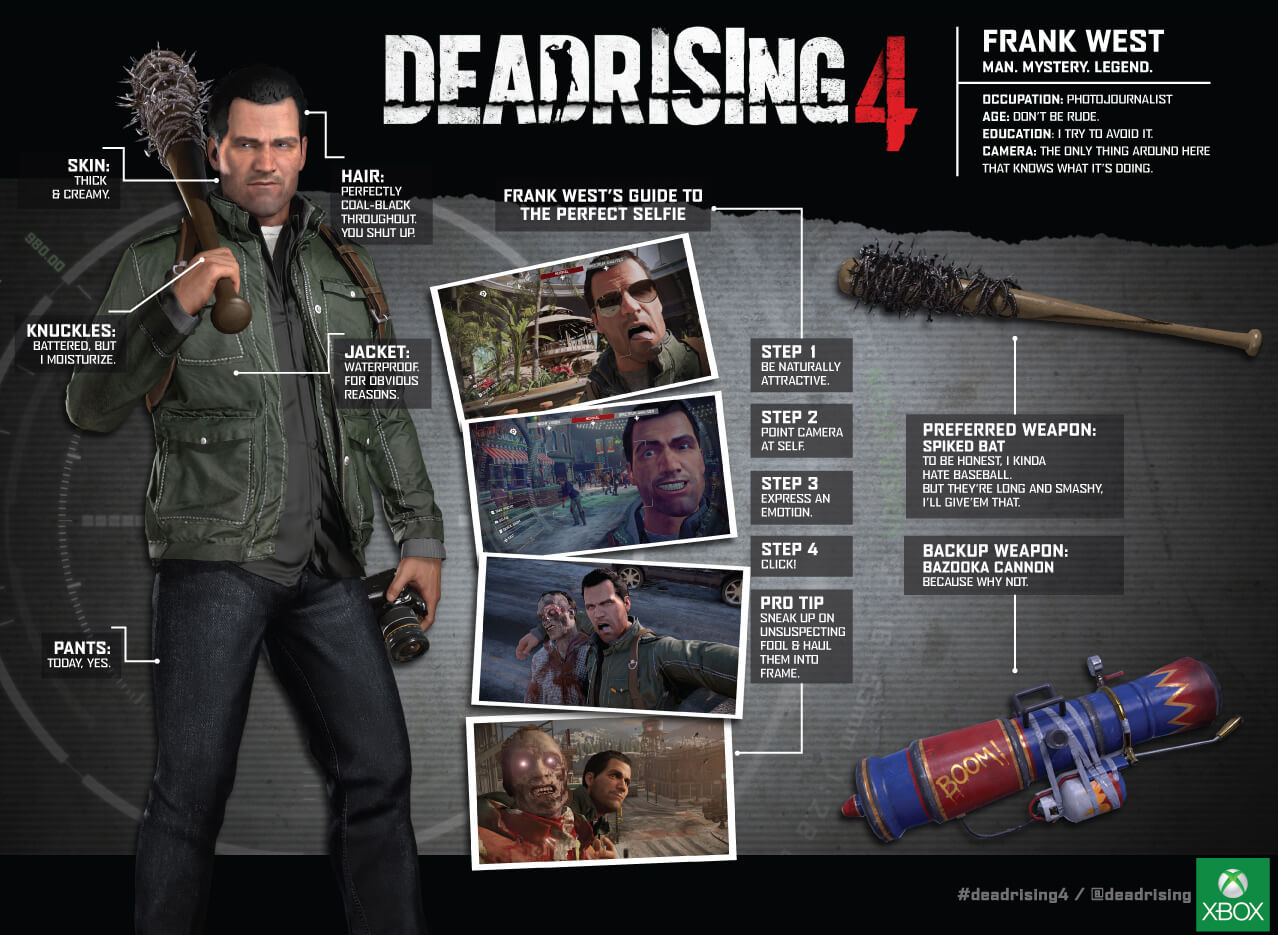 The real purpose of the infographic seems to be something fun to release alongside news the game will be visiting several conventions over the next few days, so hopefully some gameplay videos or interviews pop up this weekend. Starting today, July 21st, until July 24th, Dead Rising 4 will be playable at Nerd HQ 2016 and the development team will be present. On July 23rd, Dead Rising 4 will have its own panel at San Diego Comic-Con 2016 featuring the dev team once again as well as “a surprise special guest will be talking about zombies, pop culture, video games and much more.”

Dead Rising 4 is still scheduled for a December 6th release on Xbox One and Windows 10.

Fuck yea. I have been tempted to start playing 3 again.