get a gun early in dying light

Players my find a distinct lack of firearms when starting to play
Dying Light. Since it will be sometime before you can progress enough to
see firearms appear on the market, here is How to Get a Gun. 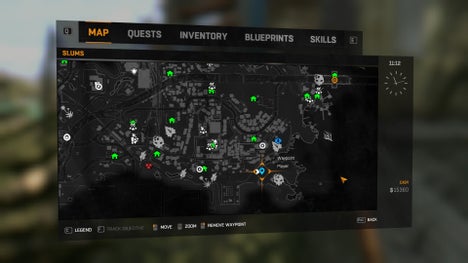 Look on the main map of the Slums for a small house on the south
eastern portion of the map where you will see a pile of old food and
water with a sign saying they are free to take. 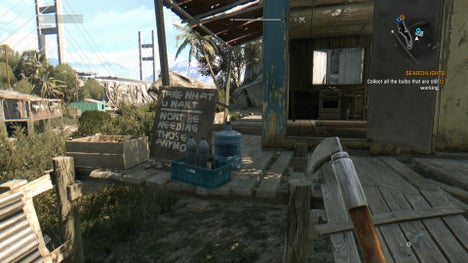 Inside you will find the reason: A man has taken his own life, by
shooting himself in the head with a pistol. The pistol will be on the
floor by his feet, and is yours for the taking! 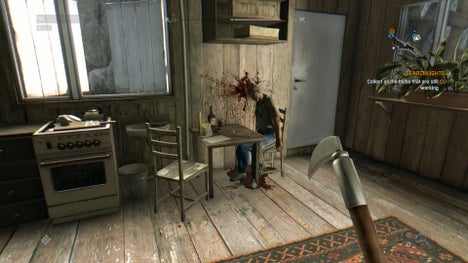 Sadly, there won’t be a whole lot of ammo, and the shots will usually
attract zombies, and the faster Virals as well - so use it sparingly!

I came across that guy, I didn’t notice he had a gun.
On the second day playing this game some random jumped in my game & gave me about 2000 Disaster Relief Packages so I was able to buy shotgun early, it is best for separating head from body minus the katana.