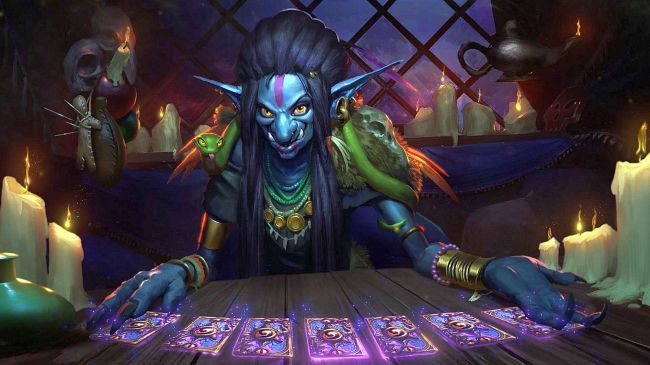 'Gaming Disorder' proposed as an addiction by the World Health Organization

For some people this may be true.

If it does get drafted in, be interesting to see what impact it has on games that involve MTX and whether new labels / warnings need to be included (at a minimum).

Pretty much anything that isn’t done in moderation can be a “disorder”. Doctors can’t charge you a fee for your disorder if it isn’t classified as a disorder.

Anyone else find it funny that there isn’t a work disorder. Most people spend the majority of their life working. Yet there is no “working” disorder. There are disorders that come from working but work itself isn’t being called out.

Is it because work doesn’t have a negative connotation? I work 9+ hours a day. I game 3 to 4 hours a day. My gaming time is always being called out. Not once has anyone ever said “Man you need to stop working so much. I think you have a working disorder.”

I just find it funny that things that the general public look at as negative become disorders but if you spend that same amount of time doing something seen as a positive then no worries.

Another example would be an artist. They spend tons of time doing what they love painting, sculpting, etc. We aren’t seeing articles about Art disorders.

“more similar to other fun activities like eating chocolate, having sex“Ummm aren’t there support groups for these activities already lol

What do you guys think? Personally not sure it needs to be specifically about games, but falls generally into a bucket of compulsive addiction.

Who’s Jessica Chobot? And why should I do what she says

Practically any activity, even those seemingly good and necessary, can become mental health issues when you no longer can control the activity and the activity starts interfering with your life.

Practically any activity, even those seemingly good and necessary, can become mental health issues when you no longer can control the activity and the activity starts interfering with your life.

Then work is by far my disorder cause it is interfering with my gaming life.

I agree that is probably similar to other addictions like computer or internet; nailing it down to just video game might lead to more specific treatments to video game addictions rather than a one size fits all treatment. It would be like saying that we dont need the label prostate cancer and just label all tumor borne disease as cancer.

In addition I did like the casual poop pun thrown in there, “Yes, apparently some video gamers are wearing diapers so that they don’t have to pause their Call of Duty when they are experiencing a call of dooty.”

that said I agree with @unobtainaballs anything can be labeled an addiction…I used to be a triathlon nerd and people were going though divorces and losing jobs because they were training too much, like 40 hours a week (no balance). People had “interventions.” The joke was “Did you hear so and so is going though a divorce…Really, what happened?..He got A.I.D.S!..really…Yea Acquired Ironman Divorce Sindrome”…ba dum bum.
I suspect people that no-life gaming may have some of those issues.

I think its important to help the people we know IRL that as long as we can balance our shit, this is not our issue. There a difference between taking a month off from work to game and playing 3-5 hours a day, in lieu of tv watching.

This 100%. I prefer to game than watch tv, but for some reason passively watching tv is far more socially acceptable than playing a game. I will say that I know a person so addicted to Eve that it has really impacted his life negatively. Literally 24 year old still living with parents and plays 12-14 hours a day. He does have a job but the guy is a mess otherwise.