Thanos is coming to Fortnite!

In a limited crossover event, Thanos is coming to Fortnite BR. There will be an artifact to find in this mode with the Infinity Stones. Whoever finds it an equips it becomes Thanos.

The artifact containing all six Infinity Stones will appear on the map. Whomsoever finds and equips it will transform into Thanos himself, wielding all the power that comes with him.

I’m never going to guess if they announce something that later turns out to just be a joke.

I would have guaranteed that Port-a-Fort was a prank for a start.

Just when you think Fortnite can’t get any bigger, it does. The latest from Epic Games’ battle royale title is a crossover with the recent Marvel film Avengers: Infinity Wars. Players can take down Thanos in a limited-time solo mashup. The mashup was added alongside patch v4.1, the first patch to follow the big Season 4 update, and there is something new in both Battle Royale and Save the World. 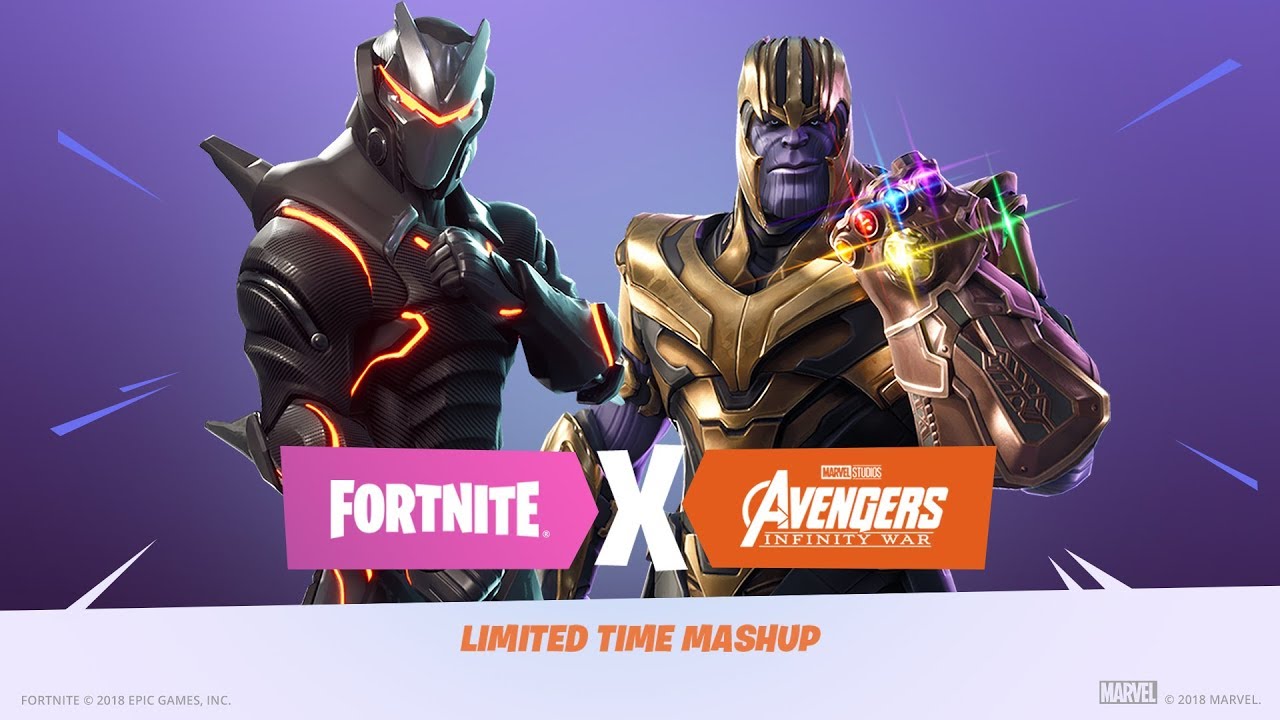 According to Epic, Infinity Gauntlet, which is the name of the Infinity Wars-themed limited-time mode, began with “a simple phone conversation between Epic and Marvel over a mutual appreciation for Fortnite and Avengers.”

We worked closely over the following weeks to bring these two worlds together and landed on the Limited Time Mashup, Infinity Gauntlet. When we saw the movie last weekend, which was incredible, we were even more excited.

This is a collaborative experiment between friends from start to finish. Jump in tomorrow, play and experience Fortnite x Avengers. It’s unlike anything we’ve done before and we want to know what you think!
Other highlights from the patch include the addition of the hacksaw weapon to the Save the World PvE mode’s weekly store. Both Save the World and Battle Royale had a few bug fixes and updates. As always, the best place to take a look at those is Epic’s official patch notes - which I have already copied here for you.

*Temporarily disabled new autorun functionality due to some unintentional actions occurring when using it.

The v4.1 patch and Infinity Gauntlet mode are live now in Fortnite.