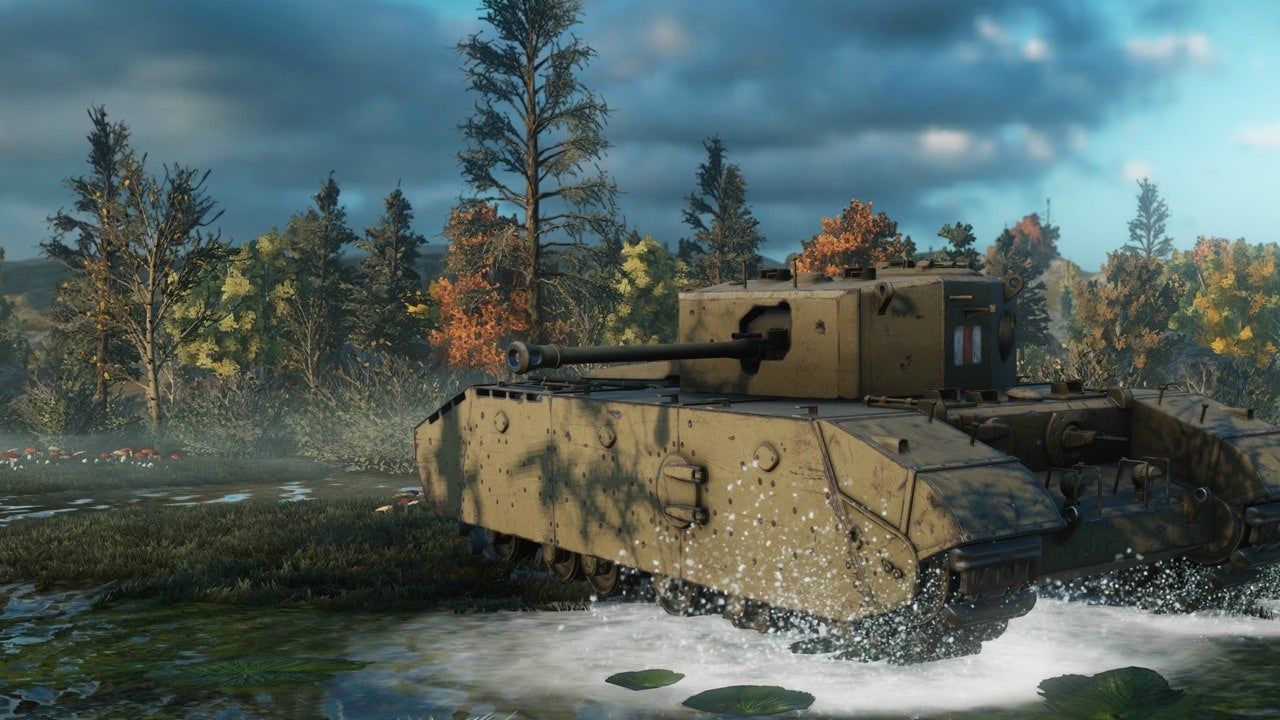 World of Tanks Gets Beautiful Xbox One Makeover - IGN

How the free-to-play tank battler is leveraging the latest tech for its new-gen debut.

15 vs 15 matches , Training rooms for private parties , Xbox 360 vs Xbox one players , over 400 tanks , 40 maps , new game types is just the beginning and I should know being a long time tester for the game . There are rumors floating around that World of tanks will soon come to the Playstation 4 as well . Who knows what may happen if Playstation gets the game , maybe Xbox tankers vs Playstation Tankers ? It maybe possible since Wargaming has their own , independent servers . Who knows what the future may hold .

I wouldn’t mind smashing PS4 in this. Is it F2P? Seems as tho I remember hearing that…?

It is free to play. They do have a cash shop with some pay 2 win items.

I cant wait to start rolling around in my tanks again! 15v15??? smells like a clan night game! no excuses its free!
@Lala_Calamari Most of the cash items last time i played could also be bought with in game currency. mostly just bonus points per match and tanks are for sale for cash only.

I really can’t wait for this!

The game has showed up in the Xbox Store which means release should be very soon .

I can’t wait to team kill you!

In you dreams !!! I will have about 14 kinds of tanks to chose from with some of my tank crews fully trained and equipped .

Play on the Beta weekend July 11th-12th and receive the Tier III M22 Locust tank ( if you already have this tank , then you will receive 2XP and free silver to use in the game )