The benefits of cooking Sous Vide - Cooked perfectly just past medium rare all the way through with just a bit of char on the outside. 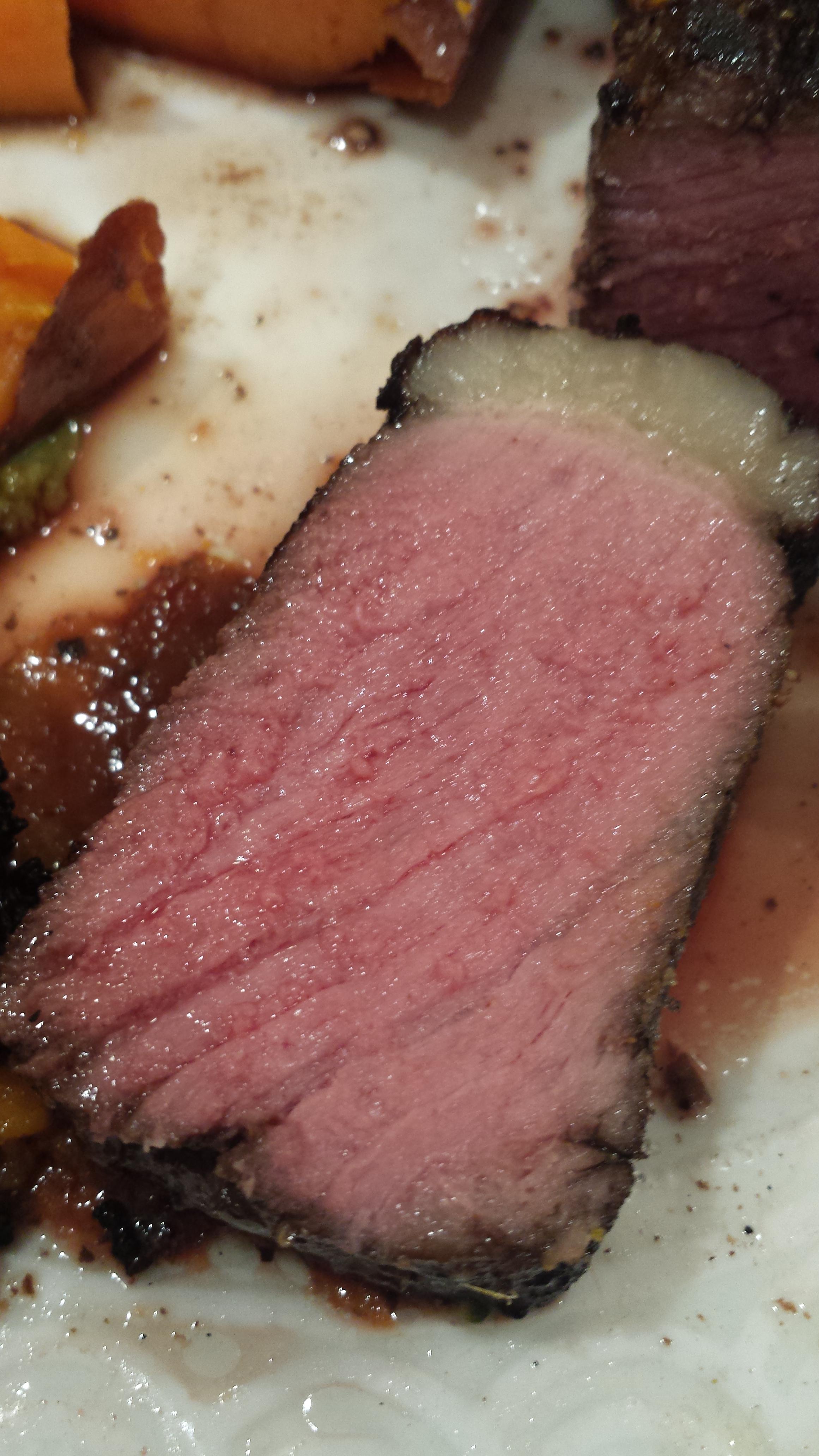 I’m not sure that corned beef and cabbage ever really looks that good. This was my first attempt at it. Put it in the slow cooker all day for St. Paddy’s. I used one of the pre-cut, pre-seasoned packages. I thought it turned out well. 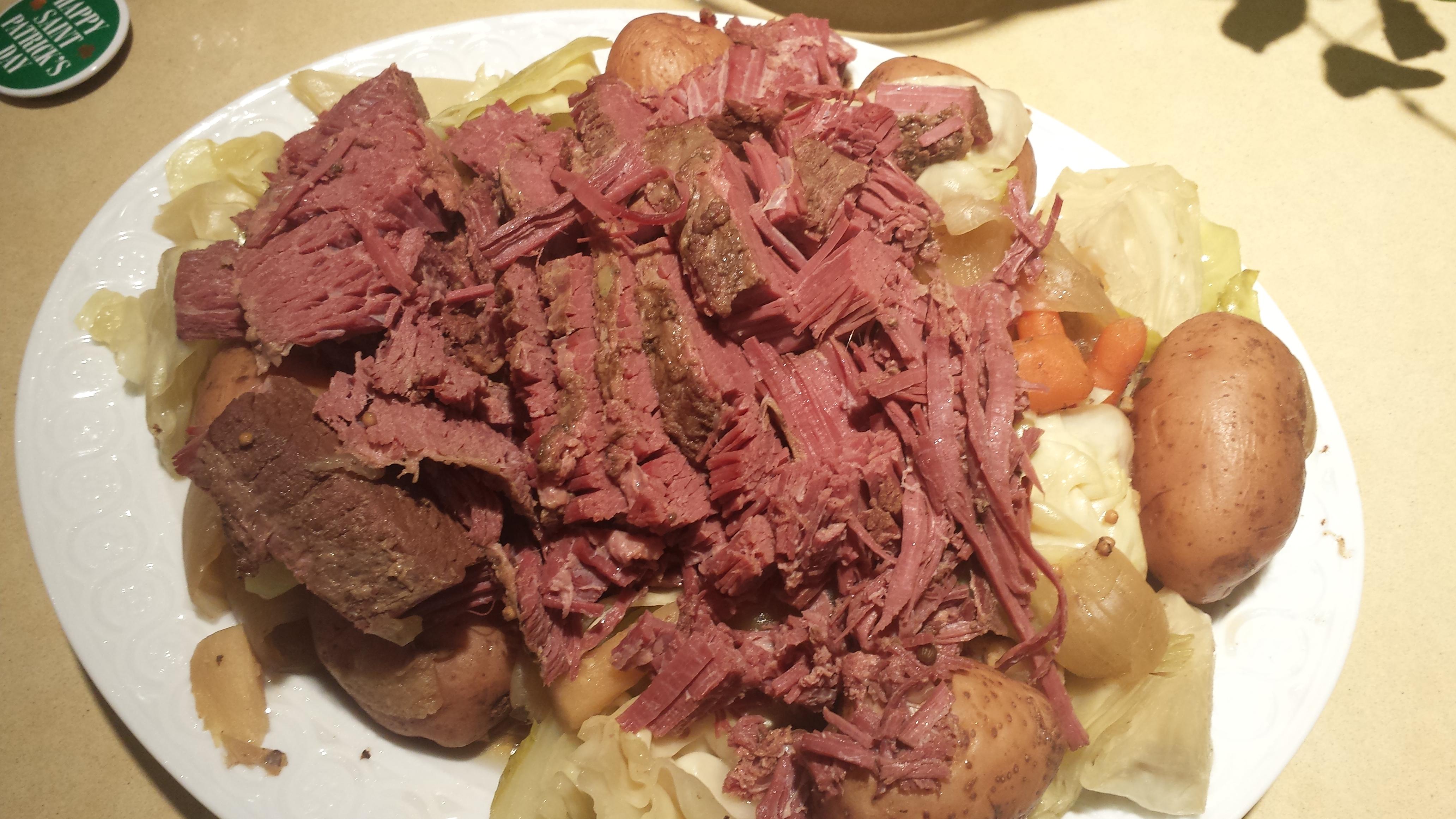 Looks good, I need to try this some time. Do you just finish it off on a grill? Gas or Charcoal? I’m lazy and would probably just go gas since it just needs to be browned.

Yes, I finished it on the grill. It only takes about a minute per side. Gas is fine if you can get it hot enough. Unless you’re cooking some other stuff, charcoal would be a waste. Sous vide in a cooler is fairly idiot proof. Nearly set it and forget it. I usually check it about 30-45 minutes in and add boiling water to get it back up to the final temp that I want. Lala, even your wife could cook this way.

Lala, even your wife could cook this way.

You overestimate her cooking skills.

I literally use the slow cooker every day, and have corned beef and cabbage once a month, but is that what you finish on the grill? I just come home, take it out, carve it up and wolf it down.

As Irish as i am, the only time i like corn beef is when its diced in my hash browns… other than that… gross…

No. When I cook steak in a cooler, I finish it on the grill.

For reference, since this got lost in the last transition - 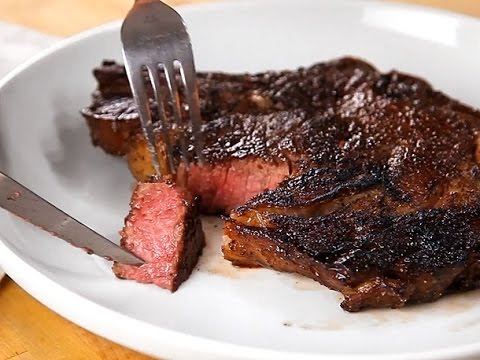 I can’t recommend this enough. I’ve done big steaks, little steaks, huge steaks, huge roasts… it all turns out amazing. The roast I did for Christmas was the BEST piece of meat that I have ever cooked. Probably the most amazing part of it was how tender it was. And… I just realized I never posted these…
The roast - banana for scale 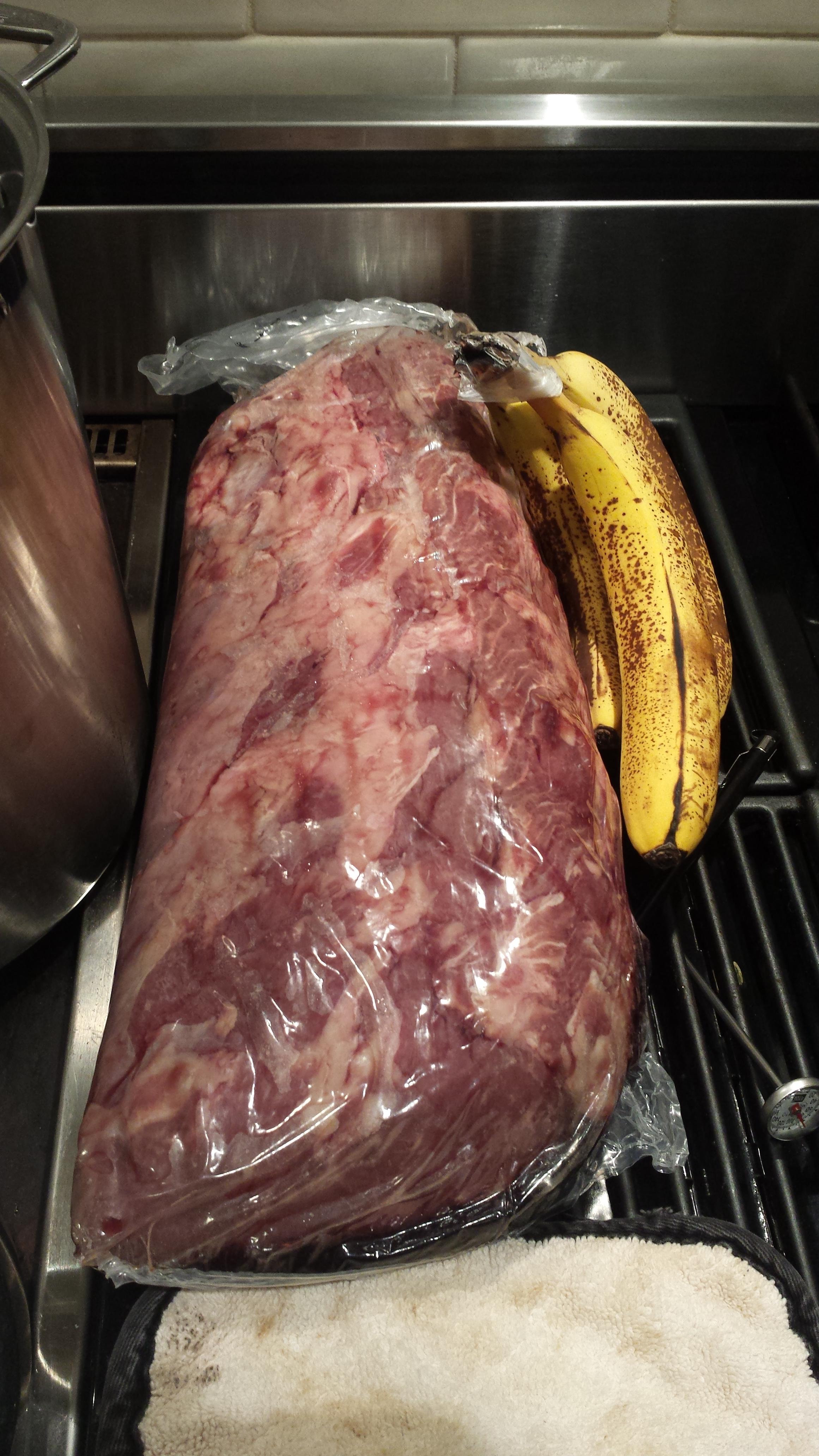 Starting to fill up the cooler - 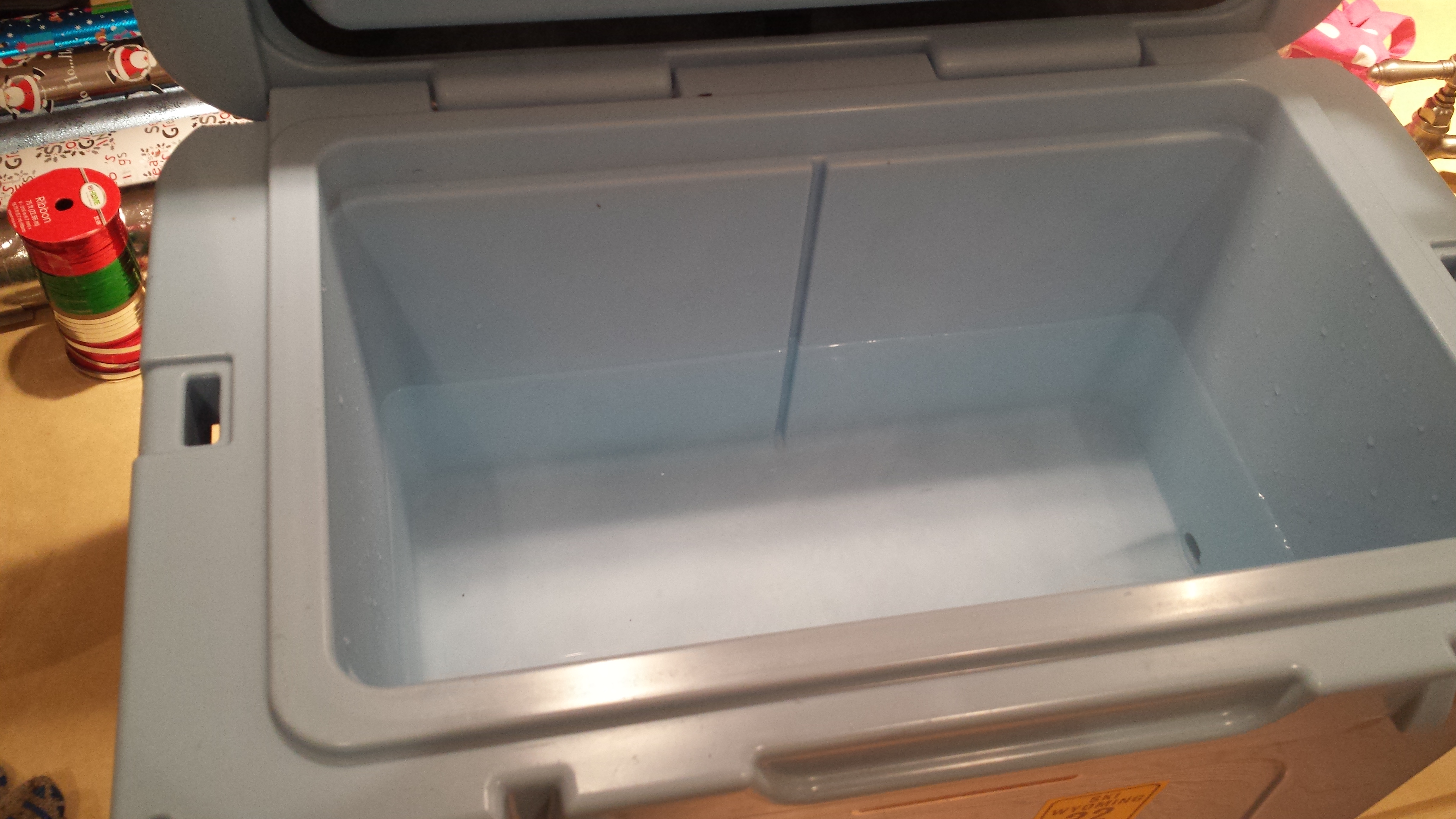 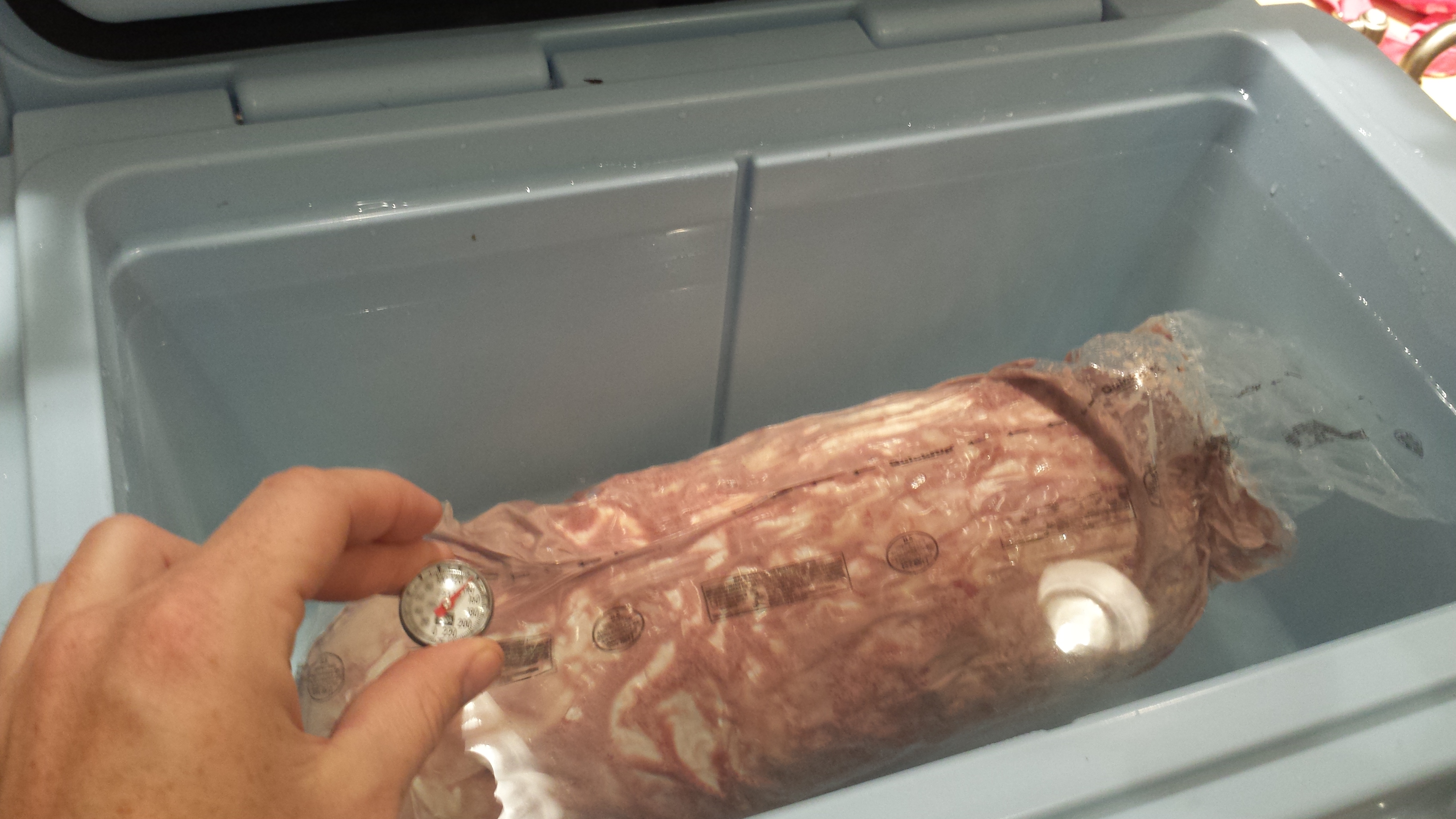 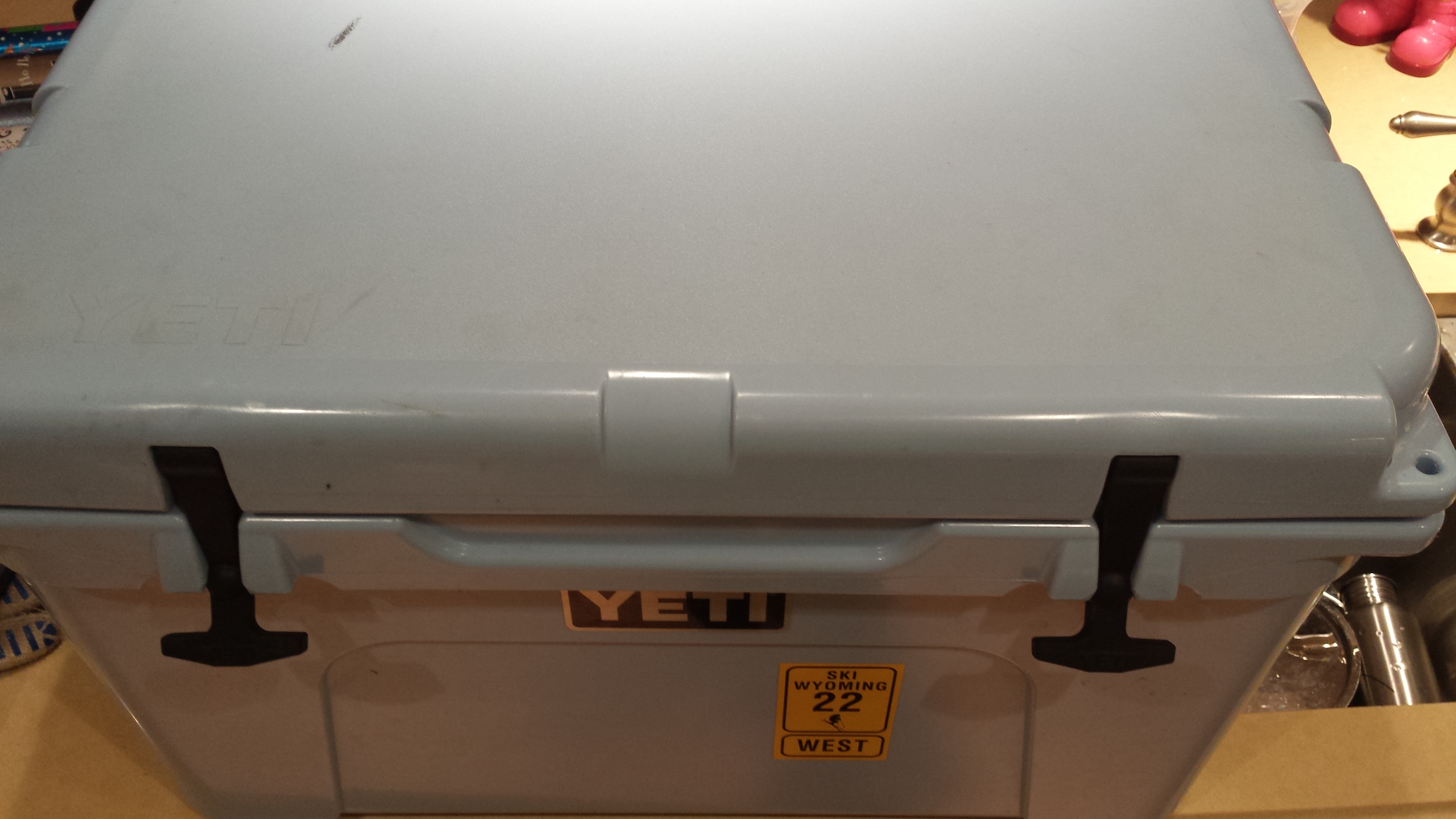 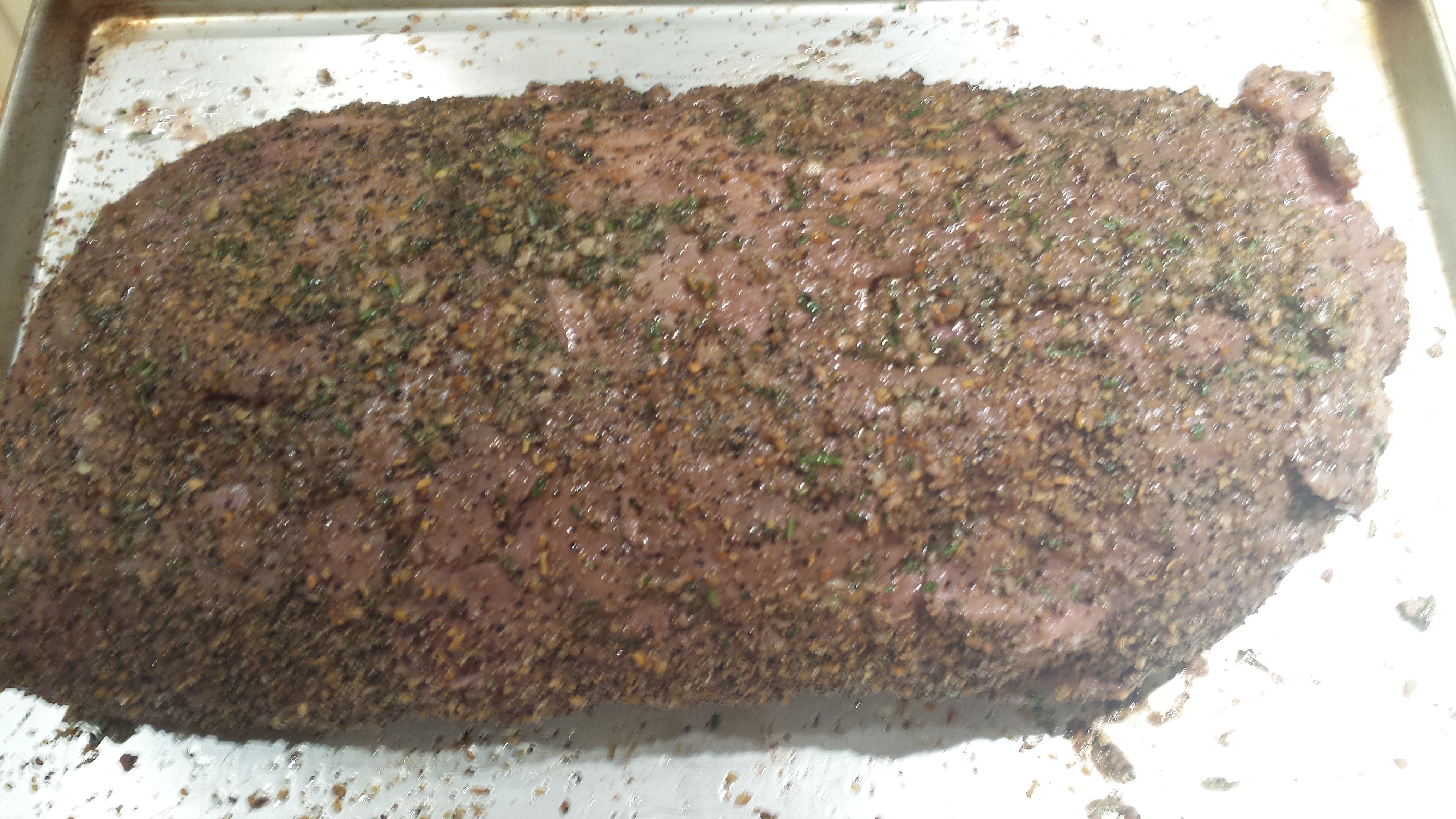 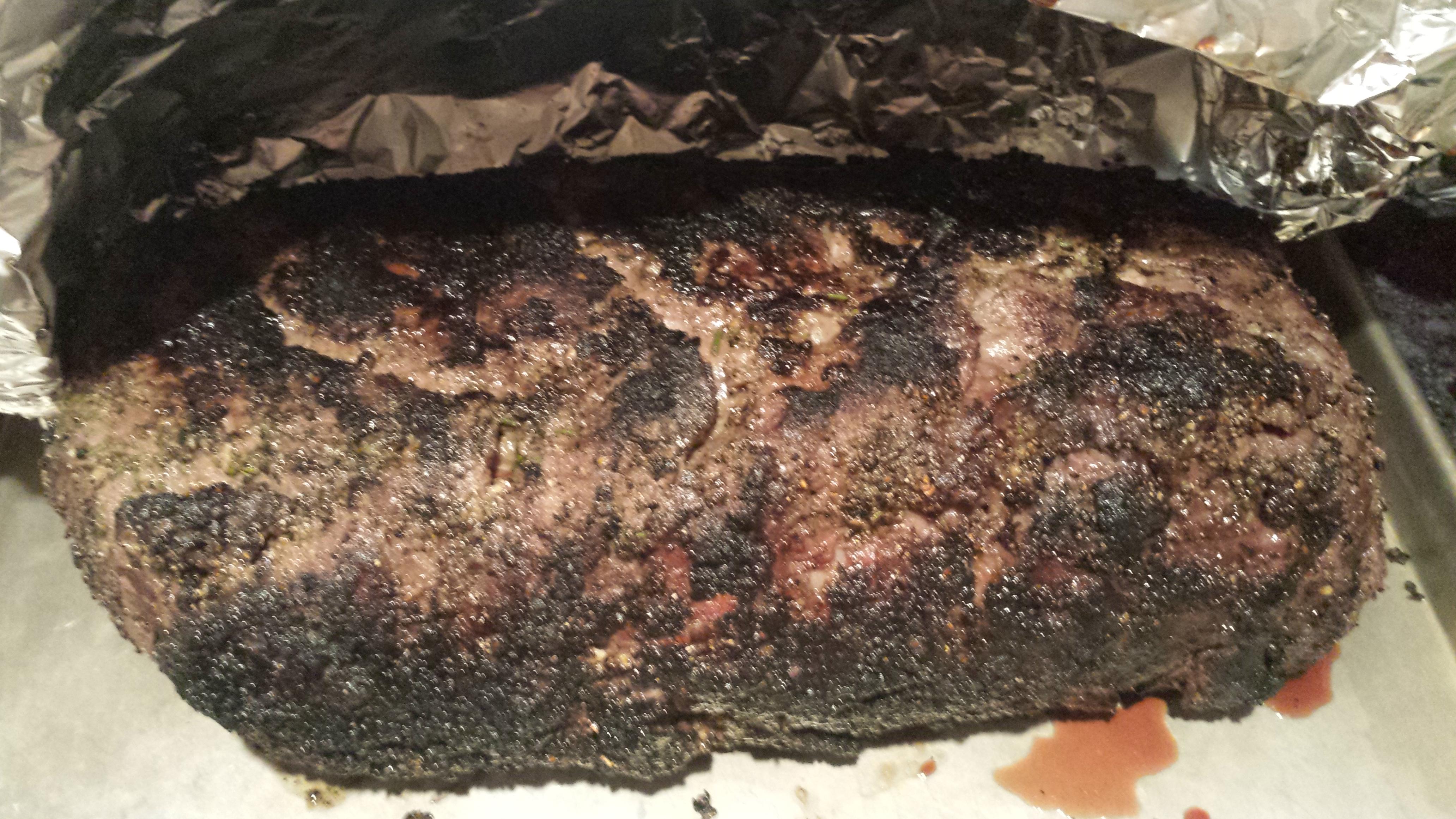 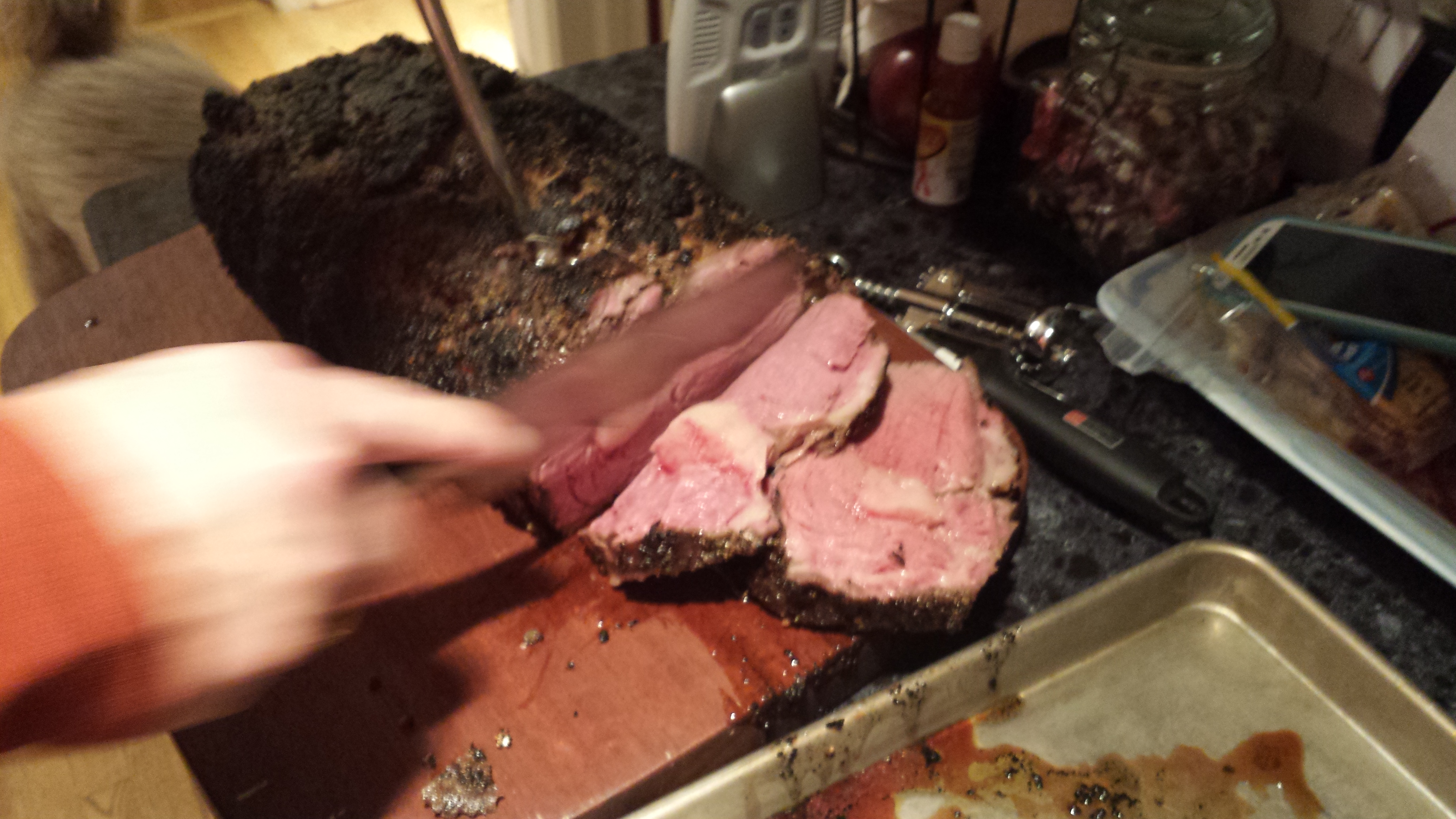 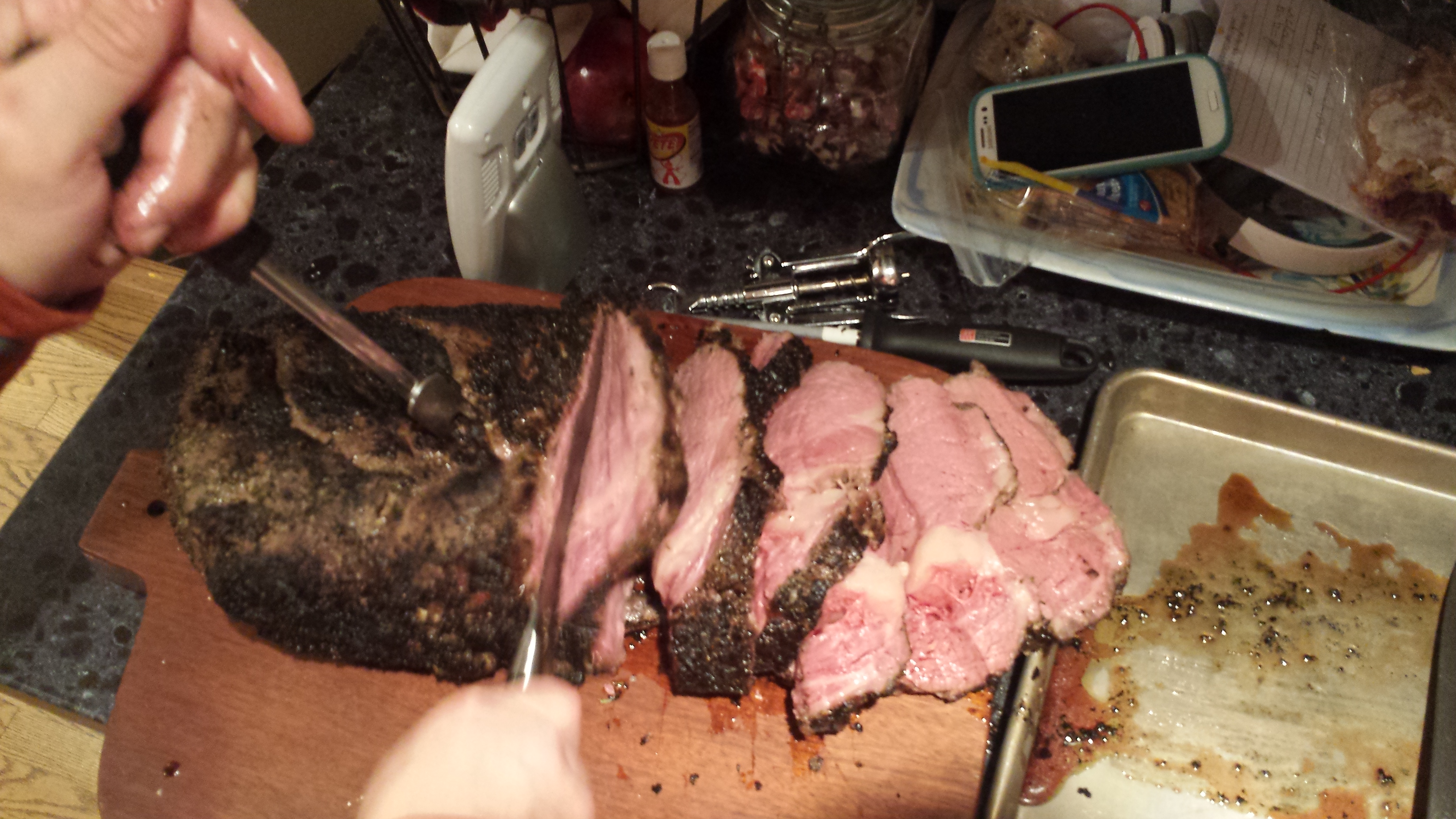 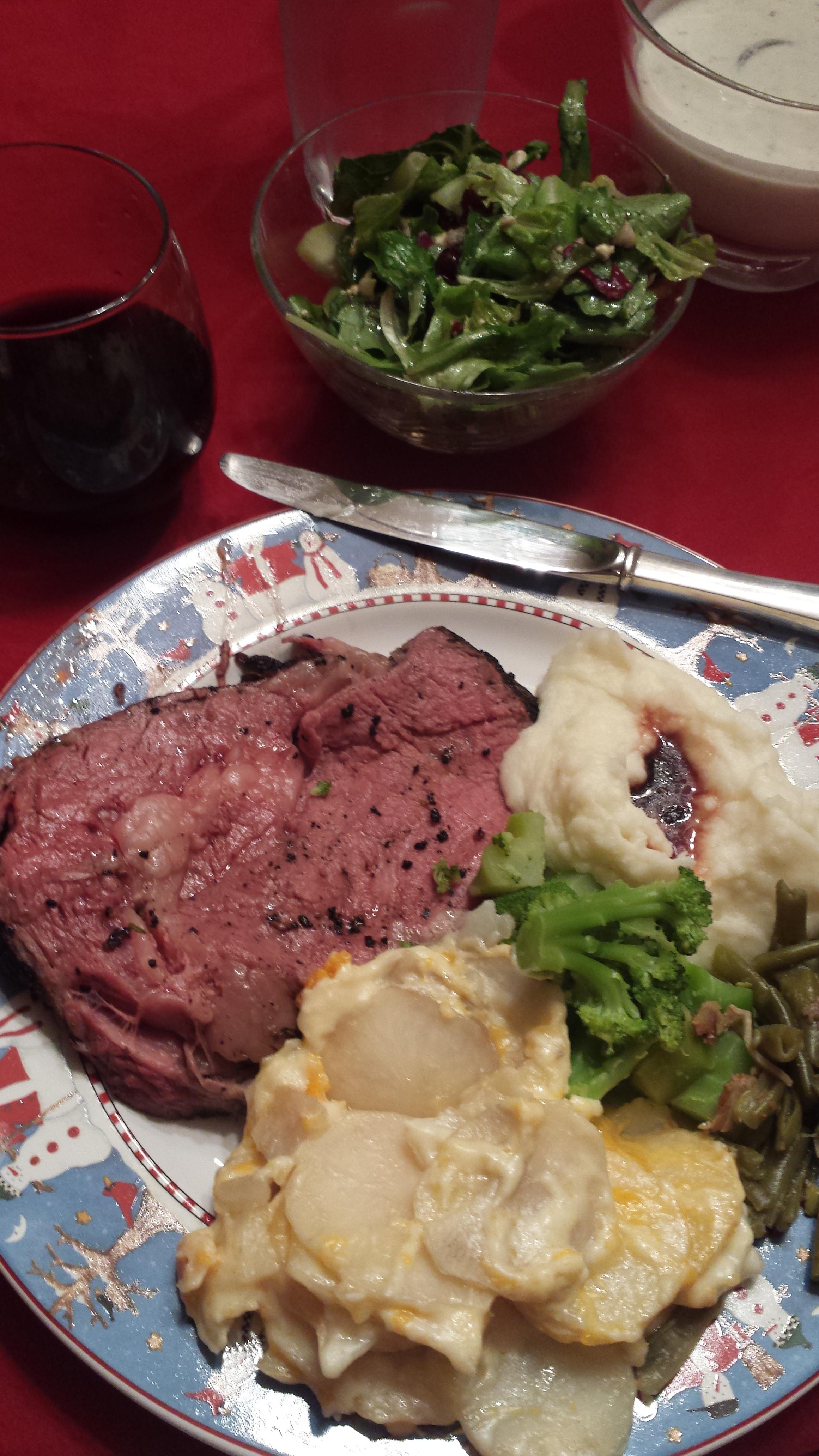 This thread is lacking compared to the old one. Post some food fuckers!

Skinny ribeye seared in a cast iron pan with butter, garlic salt, and pepper. Green beans with same seasoning. Added a little horseradish sauce on the side. 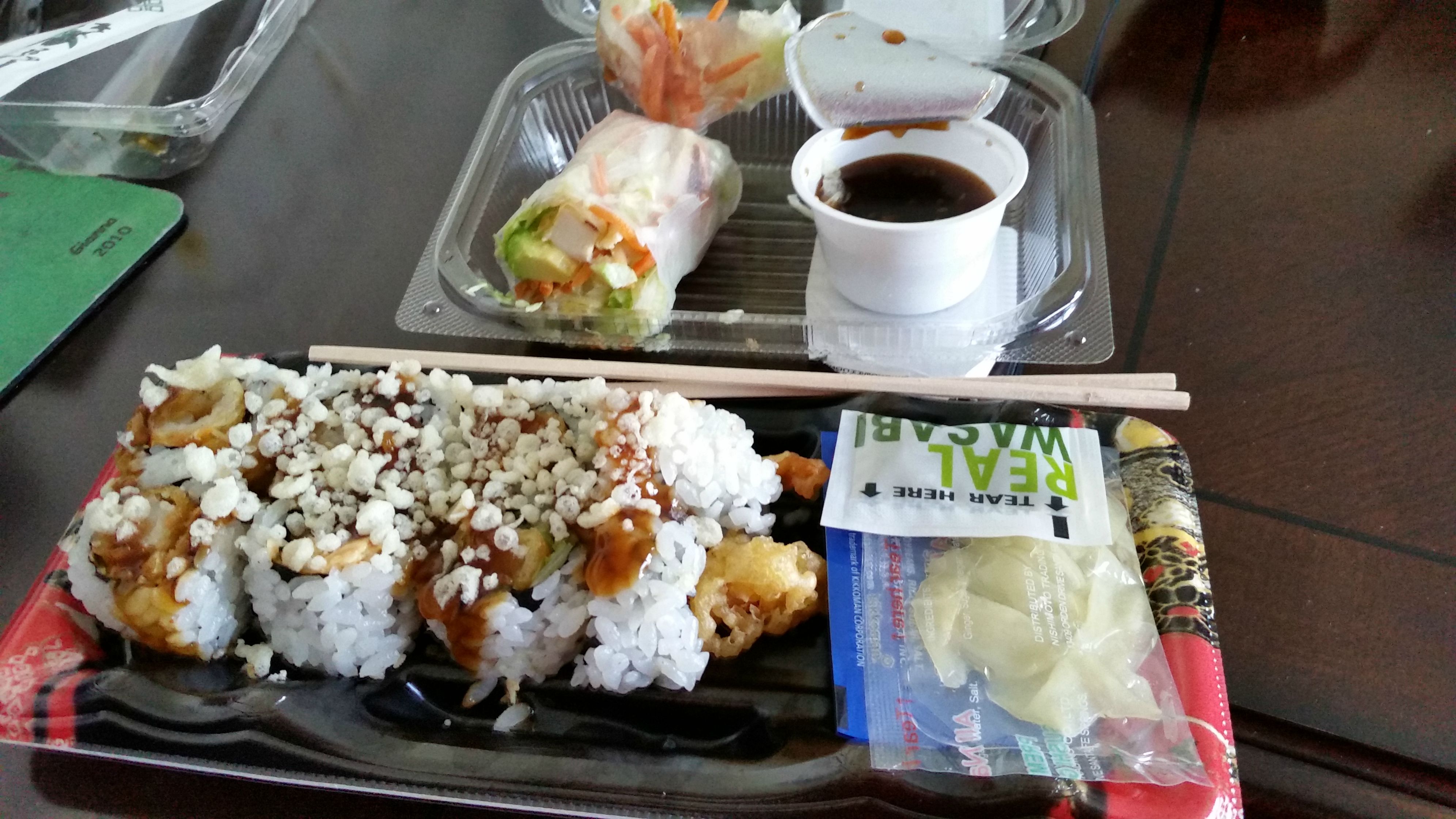 @grimdawg83, I hate you right now. I miss Vegas.

I always want Brunch to be this amazing experience. But I find it falls short all too often. There are a few exceptions to that rule… and Hash House a Go Go is one. That place is amazing.

Aspaerigus and cream cheese rolled in chicken, then wrapped in bacon. Asperigus with olive oil and seasonings on the side. 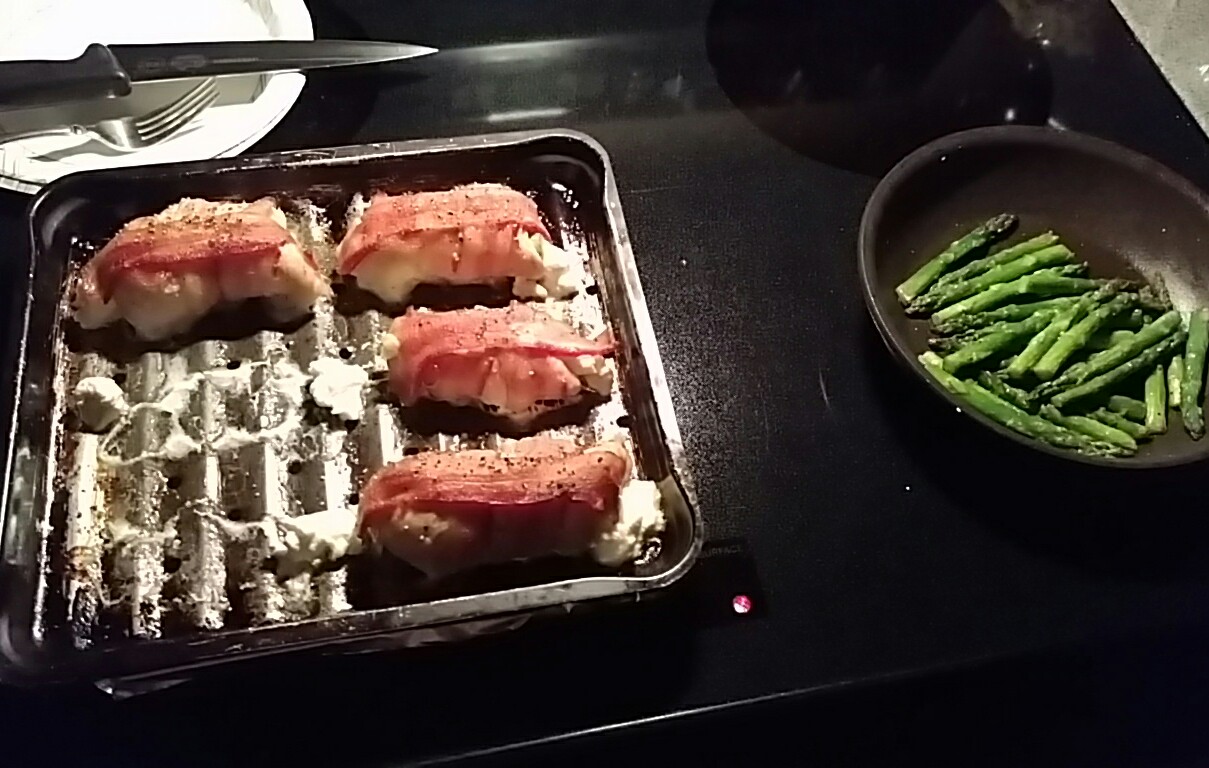 It’s been awhile since I’ve posted anything here. That should change, as we’ve been cooking a ton lately cause eating out where I am is getting expensive and the food is not spectacular. Downtown Seattle has some great eats places, but not a whole lot over here on the east side.

So, onto some food pron!

First, from my trip to Ireland, I stopped at the Guinness Storehouse. I will say this, it is a ton better over there. Not that Guinness is bitter by any stretch, but it’s less bitter there, and more smooth. I sat at a hotel bar and probably drank way too much Guinness that night.

Wife made fresh pretzel bread one night. It always turns out so good! She also made a pizza bread that was phenomenal, but I don’t think I took a picture of that.

She also made a fresh rosemary focaccia one night. We went pseudo carb-less, and had a deconstructed pesto shredded chicken served with tomatoes, arugula and fresh mozzarella.

After going to SF last month, my wife and I are enamored with Poutine. we decided to make our own as there is a local place here that makes some pretty good cheese curds. We grilled up some steaks and sliced them up add some extra crispy french fries, the curds and some rosemary gravy and it was heaven!

Looks good. That pretzel bread looks really good (I love pretzels, especially philly soft pretzels). She can bake and make bread but that’s about it.

This is worth checking out.