Last year saw a lot of top racing games released on the Xbox One console from the very serious Assetto Corsa, the rough tough rally titles WRC 6 and DiRT Rally, through to the more fun loving Forza Horizon 3. This year kicks off with the announcement that will please fans that enjoy a little more carnage and destruction with their racing. Kylotonn Racing Games, the developers behind WRC 6 will be bringing their expertise to the FlatOut franchise with the new FlatOut 4: Total Insanity. 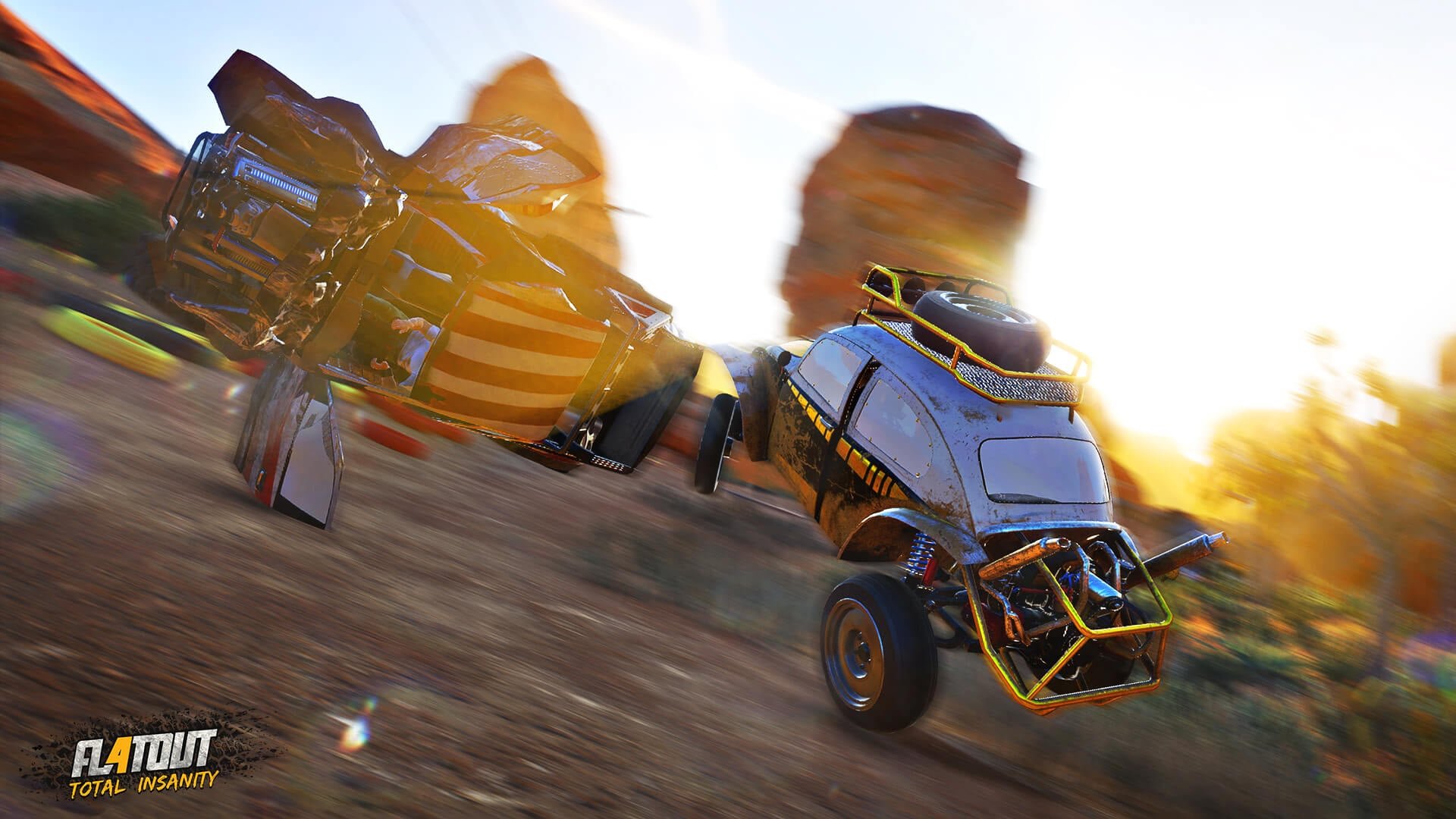 Kylotonn has promised to bring the classic fan-favourite features and modes along with some all new gameplay modes featuring muscle cars, race cars, trucks and even a rocket boosted ice cream van. Additionally, the developer has revealed a few more details for the upcoming title:

Along with the announcement, there are a few screenshots of some of the cars and environments from the game.

Finally, to round off the announcement media, the team has also released the first trailer for the game showing off the insane destruction to be found during the white-knuckle and extreme racing.

FlatOut 4: Total Insanity will be hitting the Xbox One in March 2017.

I played the original a lot…there were competitions where you have to make your driver crash through your windshield and fly as far as you can.