I’m splitting this game into its own thread for now.

Who all is playing this so far? I just got it this week, and it’s pretty fun. Has anyone bought lunchbox packs yet? I’m curious if it’s worth it or not. I wouldn’t be against a one time purchase of 20 bucks to support the game if the packs are any good.

I’ll play it in August when it finally hits android.

yup waiting for the android version to drop.

Been playing since. It came out. Had to start another vault cause the first one crashed and burned. I leveled too quickly. I’ve got close to 80 dwellers now and still going.

You don’t have to buy packs, you get them quite a bit by completing tasks. If you do get them, remember to upgrade your storage first as you can get some cool weapons and armor but you’ll need to store them as well. Sometimes you’ll get a dweller with high stats. That’s always a good thing for wasteland exploration.

Yeah I was playing it on my iPad2 but it kept crashing and got worse when my number of dwellers > 20.
Will try again on my phone when it hits android… 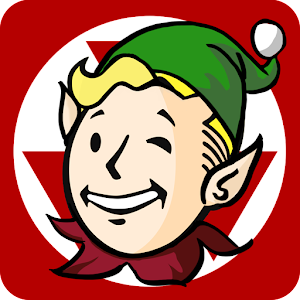 ** Get Ready for the Holidays with Google Play’s Festive Updates **** Google Play Best of 2015 **Mobile Game of the Year - 2016 DICE AwardsWinner 2015 Golden Joystick Best Handheld/Mobile Game"Might just be the best free-to-play game out there" - GamesBeat"Probably the best game of E3 2015” – Gizmodo "Fallout Shelter is simple to play and addictive as hell." - GameZoneBUILD THE PERFECT VAULTCreate a brighter future…underground! Select from a variety of modern-day rooms to turn an excavation ben...

Yay! something to play while on the road today.

I’d really like this on my Surface, but I may put it on my PC with Bluestacks in the mean time. I wonder if I can get bluestacks running on my surface?

I would love to have it on PC. With a mouse it would be much more enjoyable.

i use to use bluestacks for clash of clans, then i upgraded my phone and things got better…

not all games work as well with a mouse.

Oh I could imagine some mobile games are bad with a mouse. I would think Shelter would be fine with it but won’t know till I try it.

Just when I think I’m getting the hang of it, it shits on me. Having fun playing tho, addictive as it is

lol the rush button is oh so very tempting at times. I never click it when its about 30% even still it seems to fail like half the time.

I get raided so much now. i actually have two guys sitting by the vault door now.

Upgrade your vault door as well. Make sure you equip the guards with high powered weapons. I get raided by some serious baddies and not just raiders. They tear thru my vault easily. As you are exploring the wastelands, you will pick up weapons. Arm everyone in the vault. Chuck BB guns and 1-2 dmg weapons as they do no good.