At QuakeCon 2019, Bethesda announced that Fallout 76 is getting a new battle royale map for their Nuclear Winter game mode and a new co-operative Vault raid. 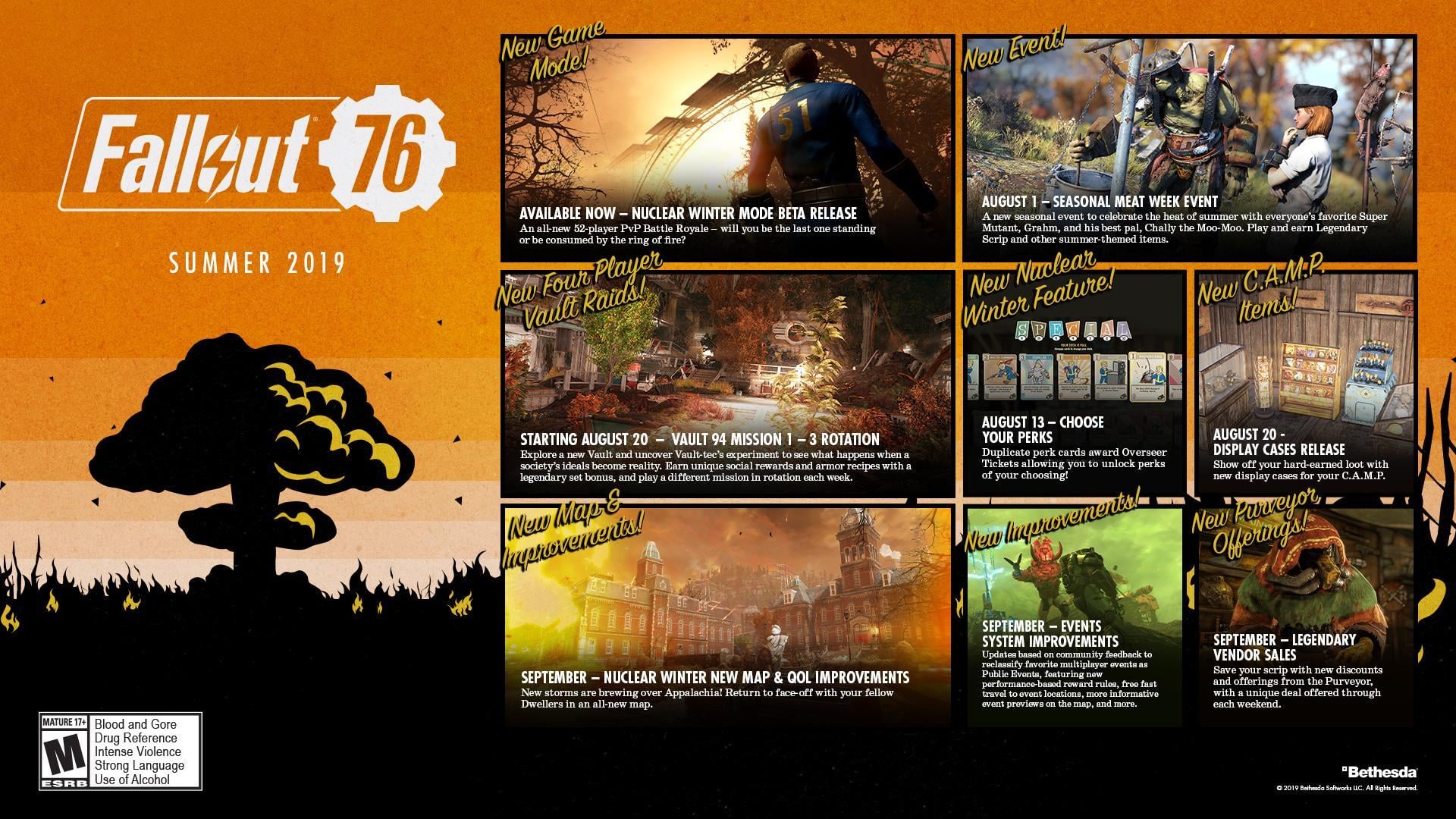 The new map is based on an area of Fallout 76 called Morgantown and features locations such as the Vault-Tec University and the Morgantown Airport. It is also home to the highest point in Appalachia, which could add a bit more elevation to the battle royale mode. The developers also mentioned that players would take on enemies from other locations that aren’t usually found in Morgantown — such as the Grafton Monster.

Although there was no specific date given, the new urban Nuclear Winter map will arrive in September.

Coming on August 20th however, is a new Vault raid. Players this time around will be raiding Vault 94 and will feature three missions that rotate weekly. The raid will also support up to four player groups.

Bethesda also revealed some more information about the forthcoming Wastelands update. This is the update that finally brings human NPCs to Fallout 76 — and along with that — some much-awaited dialogue trees, as well as, new settlements, more factions and other points of interest. It was also mentioned that dialogue in Fallout 76 will be “more Fallout 3 than Fallout 4” meaning that dialogue will be affected by a player’s reputation with differing factions. The Wastelanders update will be released in November this year.

If you want to watch the full two-hour presentation from Bethesda check out the video below. It also includes gameplay from the upcoming Doom Eternal.