Fallout 4 is set in the Massachusetts area of the East Coast, including the city of Boston. Certain areas of Boston appear to be in good condition, whether they survived the bombs or were rebuilt since the Great War, including one district near Fenway Park called Diamond City

Around a dozen companions will appear in Fallout 4. Along with the familiar Dogmeat the Dog and Mr. Handy the Robot, new characters like Piper, Preston Garvey, and others can become companions.

Players may have one companion accompanying them at a time and may switch between them.

Companions may now be Romanced, forming relationships through game play. Non-humans may not be romanced.

Piper is a woman revealed in Diamond City during the QuakeCon 2015 presentation. Piper is a female depicted in a red leather coat and newsboy hat.
Preston is the leader of the Commonwealth Middle Men, a male in brown robes depicted with a laser rifle.
Companions will address characters by the name they choose during character creation.

One of the new features for them in Fallout 4 is the ability to issue commands to Companions. Players can tell a companion to pick up distant items, or use far away objects.

Director Todd Howard revealed that the Dog will be completely optional, and will not die, as they don’t want players reloading for any reason other than their own deaths.

Players have Perks tied to SPECIAL stats. Every time a player levels up they may select a new Perk.

This modification system also carries over to armor, where you can customize your own suit of Power Armor. 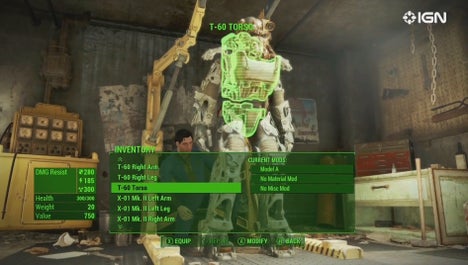 Armor has also been broken up into pieces, so players can equip different pieces for their chest, arms, legs and head. 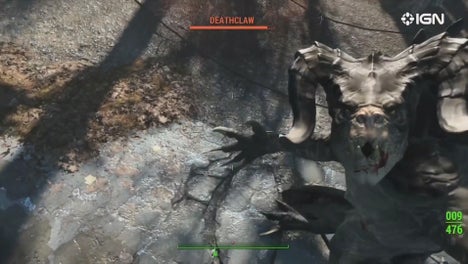 During the final highlight reel of the E3 demo, we were able to discern several different targets for the player.

Raiders
Yao Guai
Sentry Bot
Super Mutants
Super Mutant Behemoth
Mirelurk Queen
Synthetics
Radscorpion
Deathclaw
Protectron
Ghouls
Bloodbug
Brotherhood of Steel
Enemy scaling is described as “rubberbanding” from area to area. So one area might have enemies that scale within a certain low range, while another area would have enemies that start at a much higher level.

Your character is part of a family who lives near Vault 111 pre-apocalypse. The intro sequence will act as a tutorial and Character Creator. This intro sequence ends as the bombs begin to fall and the family runs to the Vault for shelter. 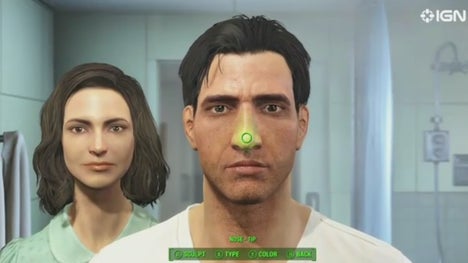 Your character is part of a family who lives near Vault 111 pre-apocalypse. The intro sequence will act as a tutorial and Character Creator. This intro sequence ends as the bombs begin to fall and the family runs to the Vault for shelter.

In Fallout 4 you take on the role of either the husband or wife. You will be able to customize their appearance at the beginning of the game while standing in front of the bathroom mirror. Players can use a free moving tool to completely adjust facial features along with many other options. Character creation ends when you leave the bathroom, and your choice of character will be locked in at this point.

Although much of the story remains hidden, there were a few details told to us.

Your character appears to be the sole survivor of Vault 111, indicating that your family will likely die within or outside.
Roughly 200 years pass between when you enter and exit the Vault.
Somehow, your family robot named Codsworth survives, and meets up with you after you exit the Vault.
Your character is fully voiced.
The story was confirmed to take place in and around Boston. 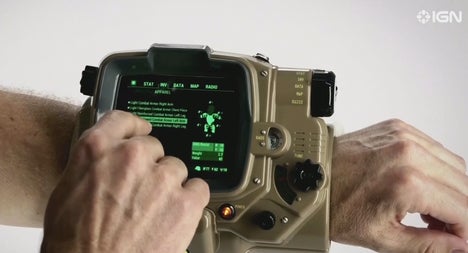 Midway through the E3 presentation, it is revealed that there will be a Pip-Boy app for phones at the games launch that allows you to browse your Pip-Boy from in game, without having to bring it up. A collectors edition version of the game will also come with a real life Pip-Boy frame, that can house a smart phone, allowing you to get the full Pip-Boy experience.

Hinted at in other games, and teased during some footage, it appears that synthetic people, or Androids, are in fact in the game. It is unknown how many, or their allegiances.

Mods & Mods On Xbox One:

On the E3 show floor, some new information revealed how modding will work in Fallout 4. Their approach is going to be similar to Skyrim, they will have a mostly hand- off approach, only stepping in when mods are stealing assets or allowing for nudity.

It appears that they will offer mod hosting on Bethesda.net, and that’s the service that will be available for console mods. On the consoles, modding will have some restrictions to avoid ruining the game entirely, but short of that, everything else appears to be free game.

It was announced during the Xbox Press Conference that mods you use on the PC version of Fallout 4, can be transferred to the Xbox One. Mod support won’t be going live until several months after the game releases. Also, Xbox One versions of Fallout 4 come with a free copy of Fallout 3.

Fallout themed versions of Donkey Kong and Missile Command will be playable on the in-game Pip Boy.

In Fallout 4, you will be able to rebuild settlements around the map. This includes what looks like the destroyed city that your character was originally from. Players can salvage old buildings and parts, then reuse them to build up their own buildings. These can range from random houses, to bars, shops and even houses for your companions. 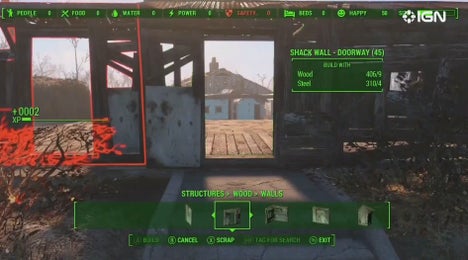 As you rebuild, NPCs and Merchants will come to your settlements to visit or stay. You can also build defensive structures, which will become mandatory as your city can be attacked by Raiders and other creatures. The larger your settlements get, the more people they can house and the better quality of items Merchants will sell.

Along with building cities, players can now freely craft items. This includes weapon parts, weapons, and many other items. There are roughly 50 base Weapons in the game, with over 700 mods that can be used to customize them. 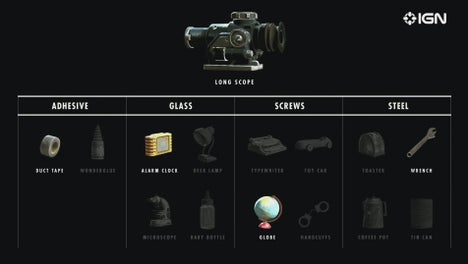 By customizing a weapon, you can completely change how it functions. For example, you can start with a base weapons such as a Laser Pistol and add parts to turn it into a Laser Rifle, or a Scatter Rifle. The same can be done to any other weapon in the game, giving the player full control over their arsenal.

The Vault-Tec Assissted Targeting System returns with some enhancements. VATS allows characters to target individual enemy body parts for increased damage and gameplay effects. Time doesn’t appear to slow down quite as much now, however there is a new command while using it that is called “Execute Critical”. It is unknown what the full use of this is, although it likely has your character dish out some intense attack at the cost of a large sum of AP.

Random things picked out of the videos: 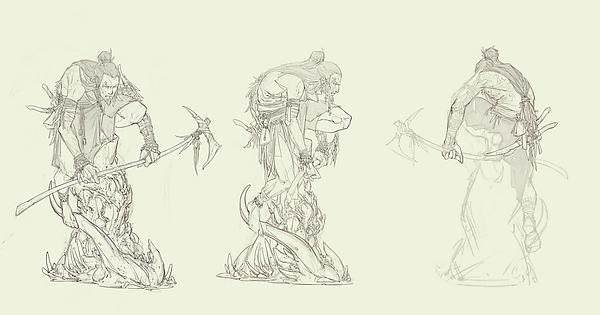 Seriously tho, have never played any of the Fallout series, but I’m looking forward to getting into this one. Really is a lovely post.

Sweet. Thanks for creating this.

Nice. Very excited for this one. I am extremely curious to see how the settlements are gonna work.I tend to horde loot.

I can not wait.

Can’t wait for this game. All though of course my son will be born around the same time as this game comes out so we will see how much I actually get to play it.

I just came a little bit…

Nothing to deal with the game specifically. Just interesting for the Fallout Fans.

Made this thread a wiki thread. Meaning anyone can contribute and edit the OP. 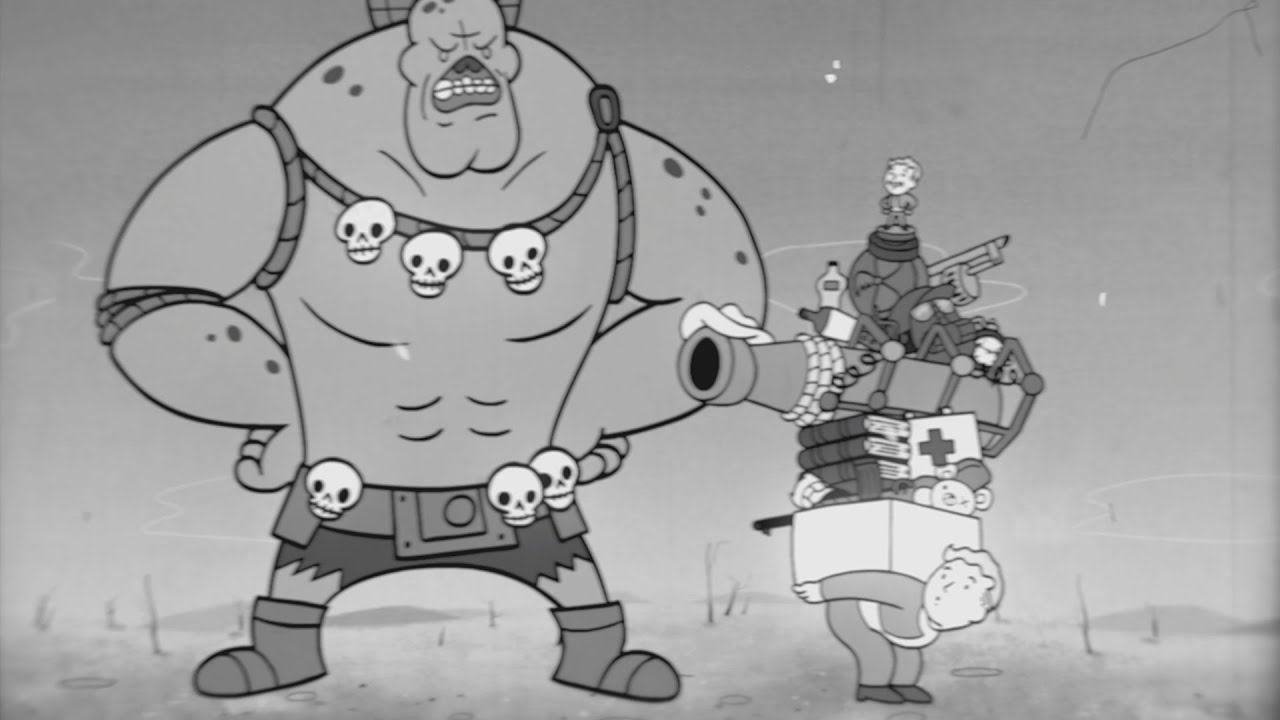 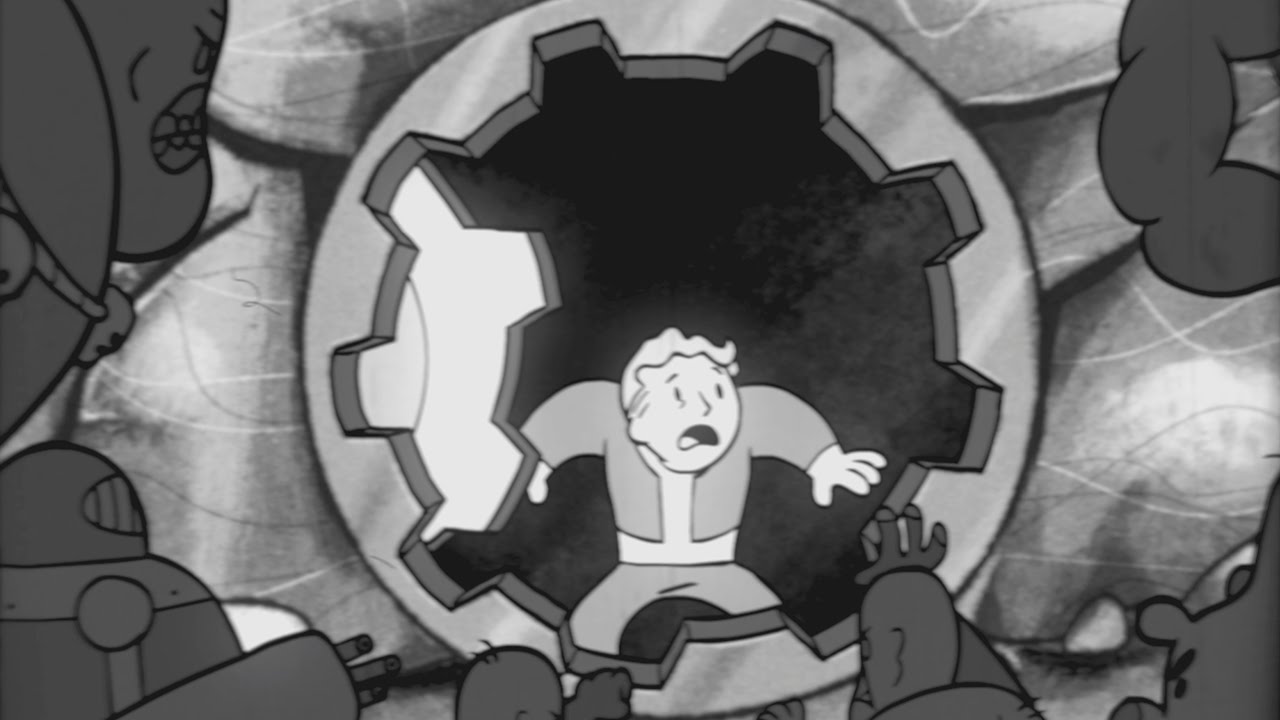 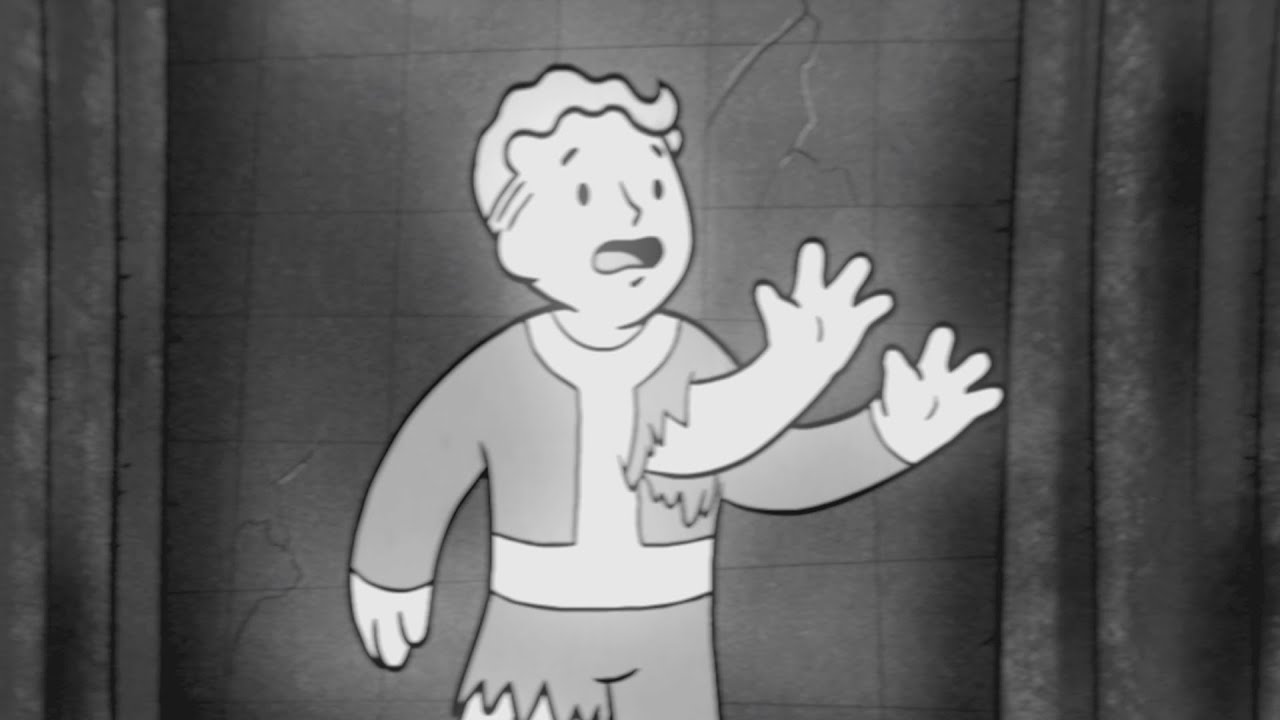 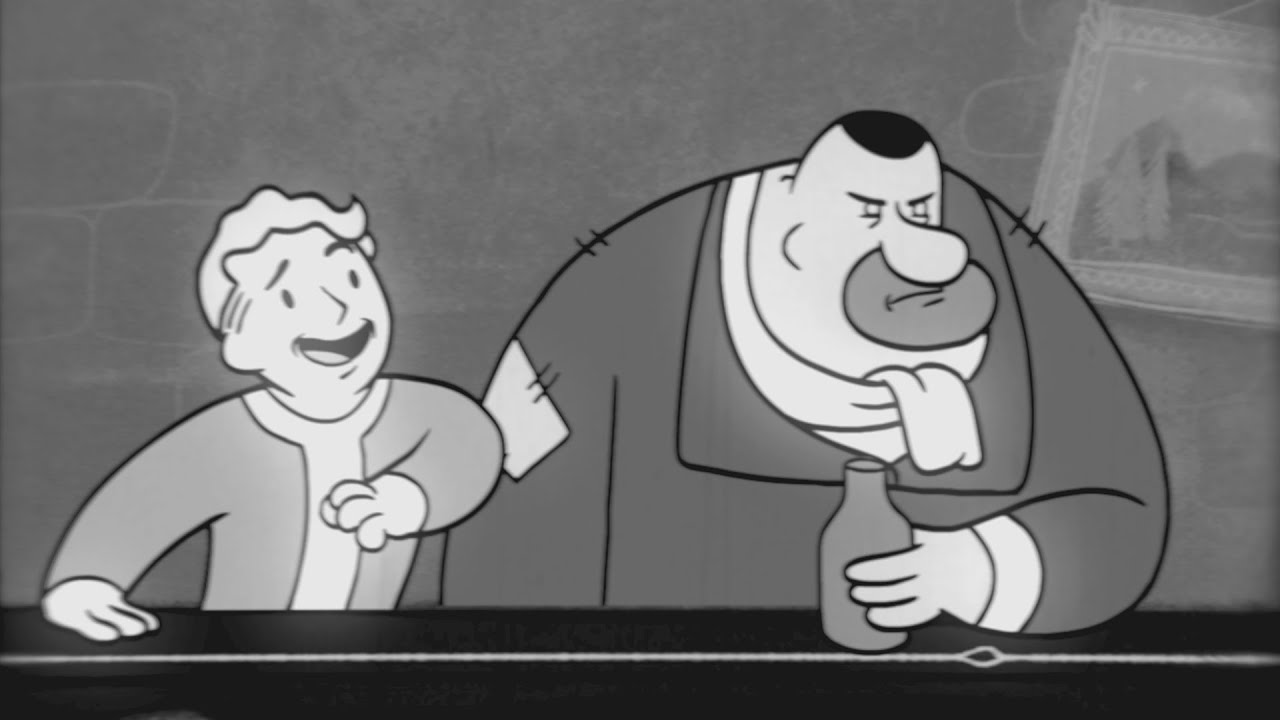 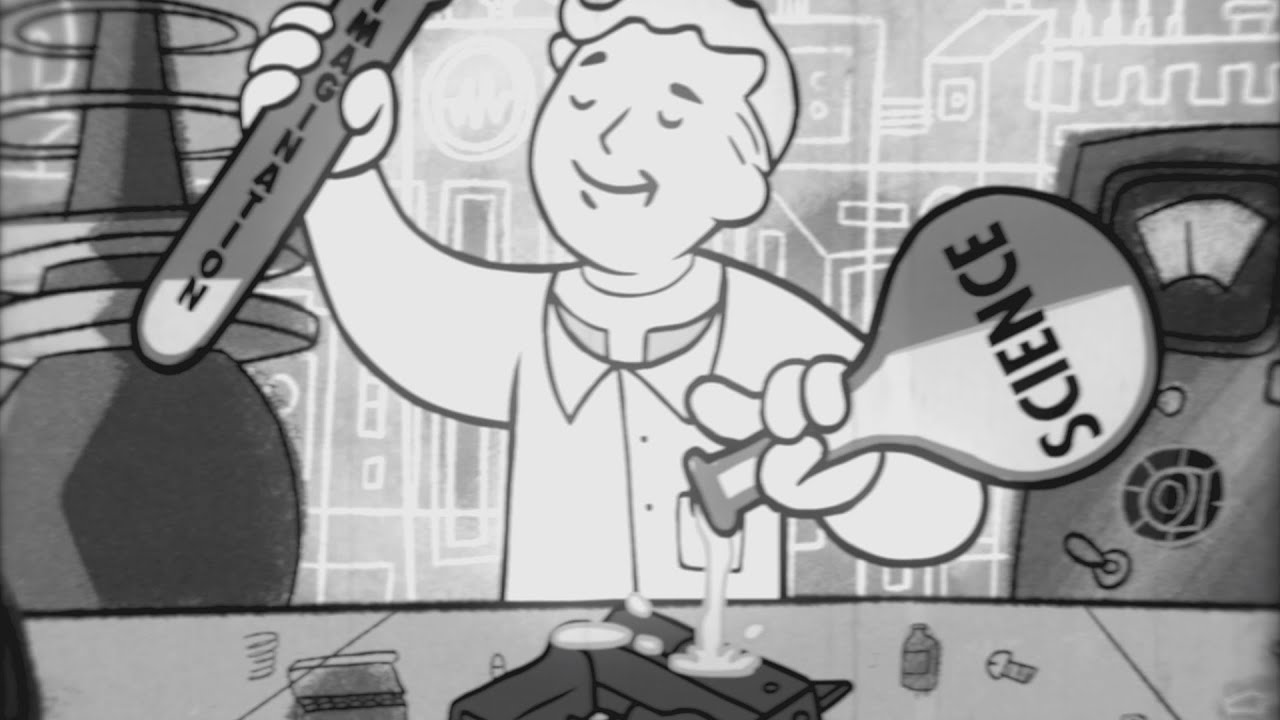 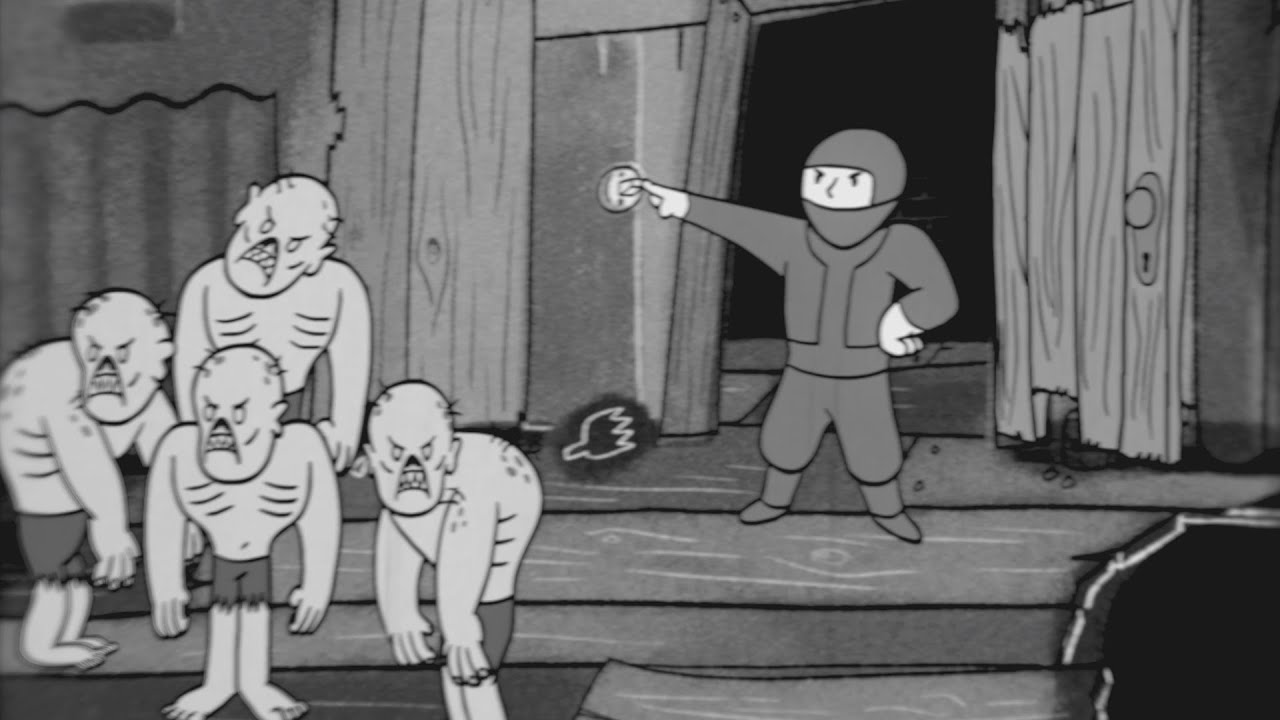 Looks like they have moved up a decade as far as the music goes.

The art of Fallout 4.

Added Fallout Lore and History to the megea thread.

Just thought I would add this little nugget I found on reddit.

Next DLC is dated for April 12th and titled Wasteland Workshop. 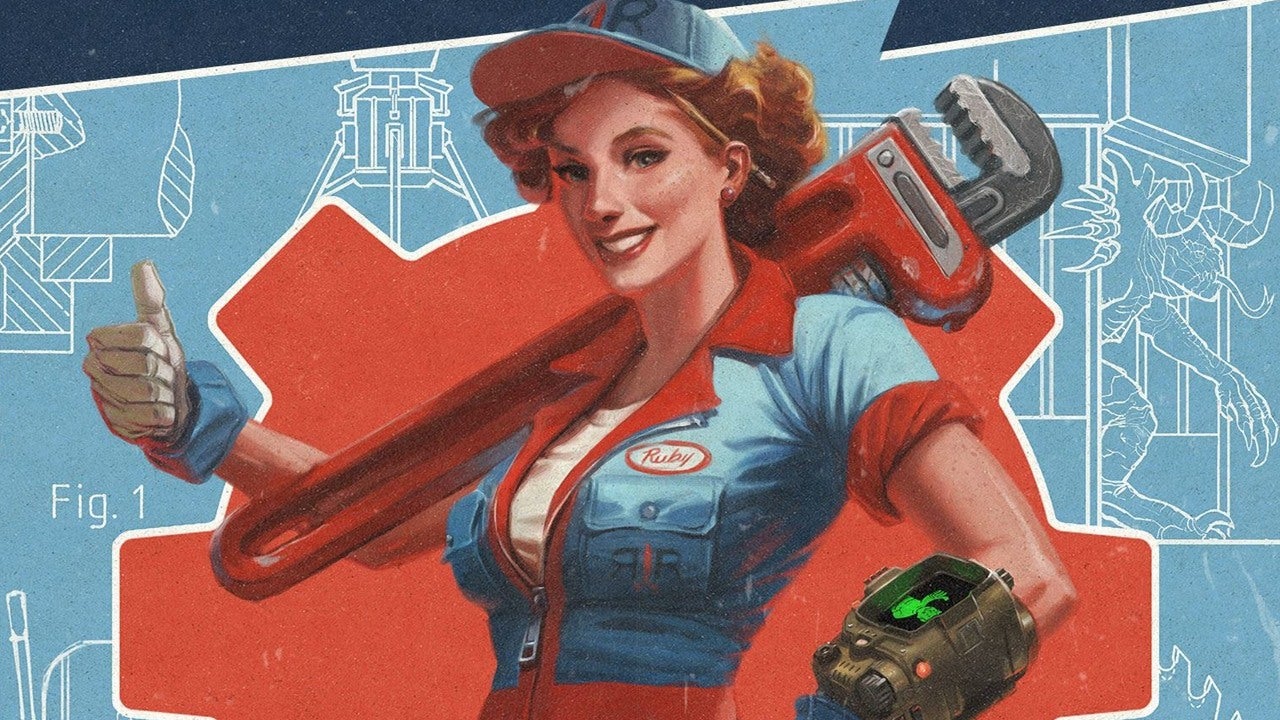 Collect creatures and set them against your settlers soon.

Since I’ve been playing this all week, I thought I’d make a couple of additions since there have been updates. I apologize for the voice over. I have a cold. This is for Xbox One

The Wasteland Workshop DLC is the first of what appears to be many additions to crafting in the Boston Wasteland. It’s fun to play around with if you have many, many hours to dump into the game.

Jumping into the mods, here is what the console menu looks like. There are a LOT of mods to choose from, and it’s pretty overwhelming. I’ve touched a small handful of these and most, in my opinion, aren’t really usable for in-game purposes. It should be known that you CANNOT UNLOCK ACHIEVEMENTS with mods turned on. Two main mods that I’ve been enjoying are the Unofficial Patch and the Extended Speech options. It added to my next playthrough.

Spring In The Wasteland is an interesting mod for visuals. I tried using this for gameplay, but found myself being shot at by enemies completely hidden by foliage and I was trying way too hard to search for chests and items I needed. It’s great visually.

The Cheat Menu mod is a lot of fun. If you’ve done a playthrough and really want to focus on your settlements, then this mod is perfect. I lost track of time quite a few times playing around with this and enjoyed myself thoroughly.

There are mods being added every week. I recommend checking them out, but make sure you have a lot of time to put into the game.

Automatron: The mysterious Mechanist has unleashed a horde of evil robots into the
Commonwealth, including the devious Robobrain. Hunt them down and
harvest their parts to build and mod your own custom robot companions.
Choose from hundreds of mods; mixing limbs, armor, abilities, and
weapons like the all-new lightning chain gun. Even customize their paint
schemes and choose their voices

In Far Harbor, a new case from Valentine’s Detective Agency leads you on
a search for a young woman and a secret colony of synths. Travel off
the coast of Maine to the mysterious island of Far Harbor, where higher
levels of radiation have created a more feral world. Navigate through
the growing conflict between the synths, the Children of Atom, and the
local townspeople. Far Harbor features the largest landmass for
an add-on that Bethesda Game Studios has ever created, filled with new
faction quests, settlements, lethal creatures and dungeons. Become more
powerful with new, higher-level armor and weapons.

So it seems they’re focusing on building as opposed to gameplay. I find this to be unfortunate especially with the popularity of Far Harbor. There could be something announced soon though. The game really is only one year old.

I haven’t played Far Harbor yet either, but from what I’ve seen posted on Reddit, it looks difficult and quite the quest. I’ll pick it up one day.

I get why they’re focusing on the building aspect as well. It is a lot of fun, and I’ve dropped a ton of hours into my main settlement and have barely scratched the surface. There were complaints from entitled douchewads that they weren’t releasing enough content fast enough. So now they’ve planned a monthly release of smaller DLC focused around crafting and building. I’m sure they’ll come out with more story based DLC as well. I just hope they don’t focus it around VR and have it unavailable to the rest of us.

I think this game will sustain Fallout players for years to come.