Everything about South Park: The Fractured But Whole

includes 2 gameplays and the trailer… plaus theres some talking in there. If you pre-order the game, you also get Stick Of Truth for Xbone or Ps4 for free.

Loved the last one. Purely for the huge number of references to their different episodes.
Will buy this one for the same reason. 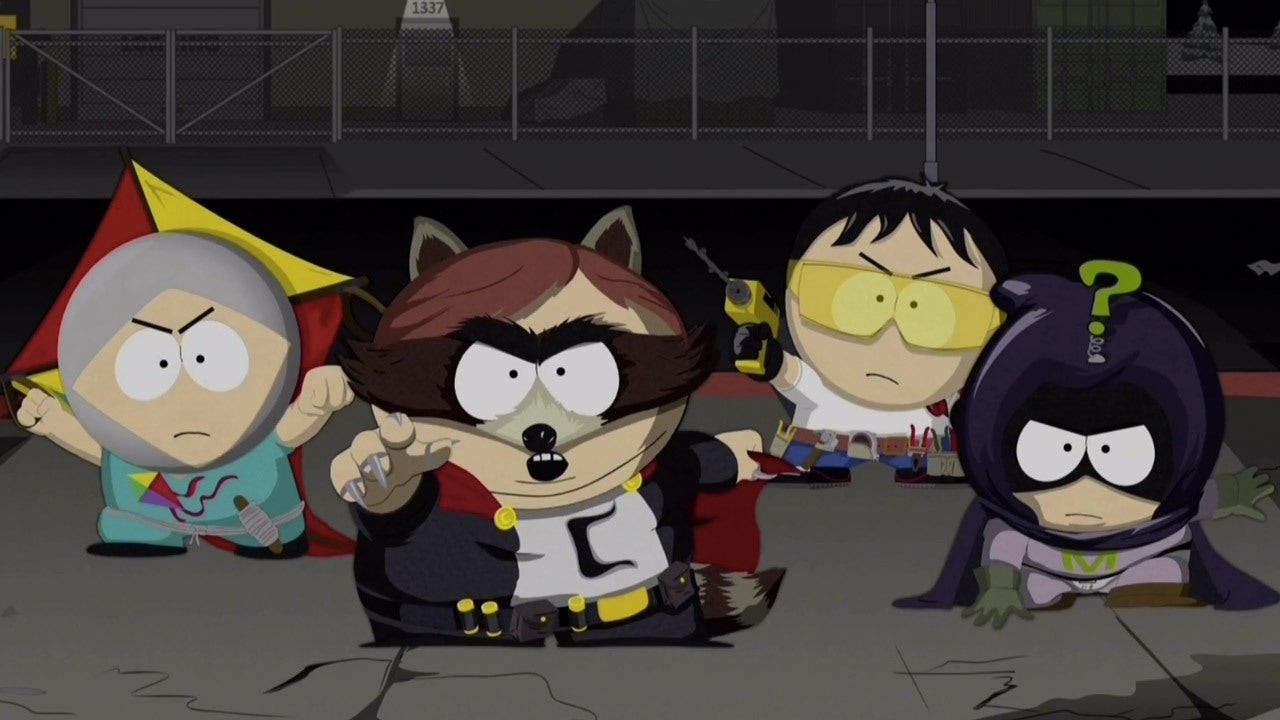 South Park: The Fractured But Whole Delayed Until 2017 - IGN

Ubisoft wants to ensure "the game experience meets the high expectations of fans."

Yeah I pre-ordered digital version to get stick of truth since I didn’t play it. Stick of Truth was a very good game. Excited to see what they do with Fractured. I don’t mind the wait, just gives me more time to play other stuff.

Before its delay, South Park: The Fractured But Whole was supposed to arrive on December 6th. Perhaps to make us all feel a bit better about not getting to hang out with Cartman and the gang this month, this week Ubisoft released a new trailer showing off more of the plot, which I have no doubt is extremely deep. It doesn’t get a whole lot more serious than farts that stop time.

The trailer centers around Cartman and his superhero alter-ego, “The Coon.” In the video, Cartman reveals that he believes a missing cat named Scrambles isn’t just a town-wide issue, but part of an international conspiracy. Cartman’s ultimate goal? To save South Park, of course!

The trailer also reminds us of the pre-order goodies that we might have forgotten about, like the Towelie pre-order bonus and the free copy of a current-gen version of South Park: The Stick of Truth, which players are still able to receive and can already play. 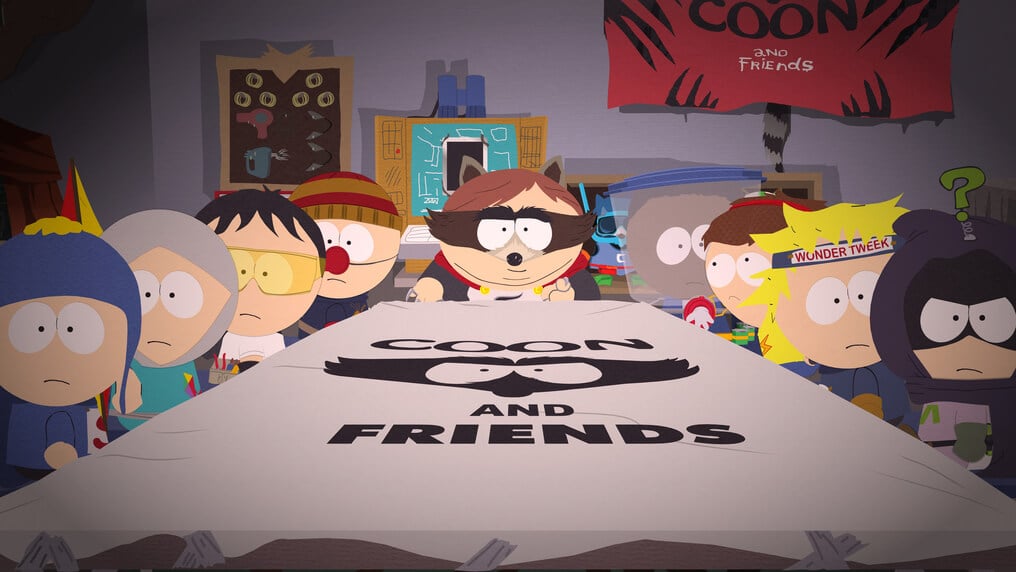 Unfortunately, there is no news regarding the release date, and Ubisoft has left us without so much as a signature “Coming Soon” at the end of the trailer. Last we heard, it was scheduled to arrive in Q1 2017.

I have the first on BC on Xbox one… I preordered this one as well. One of the few games my gf will actually watch and laugh at.

And now here we are. The official — and hopefully the final — release date is October 17th. As always, Ubisoft has given us a new trailer for our troubles:

As a quick reminder, players can still get the current-gen version of South Park: The Stick of Truth for purchasing The Fractured But Whole. That offer will end on January 18th, 2018. Anyone who pre-orders will receive the heavily-medicated Towelie: Your Gaming Bud, a sidekick of sorts who will “provide helpful and hilarious advice and commentary to players at key locations throughout the game.”

I fucking hope so.

Also. Jimmy as a speedster is brilliant.

Fans of South Park know what to expect from Cartman and the gang. Immature, crude and insanely hilarious content. This transferred seamlessly into gaming as South Park: The Stick of Truth released back in 2014. With development solely in the hands of Ubisoft San Francisco, South Park: The Fractured but Whole looks like a promising entry in the series.

With such an inappropriate name in the title, it’s clearly that the comedy will mirror the source material. Gamers who played the predecessor will continue the game right where The Stick of Truth left off. This time around the kids around time are done with playing as LARP characters and decided to be superheroes. Cartman has taken leadership and determined you aren’t cool enough to play with the kids. It’s up to you to change his mind and show him your value. Check out the interview that covers what you can expect from this upcoming title.

South Park: The Fractured but Whole will release on the Xbox One on October 17th.

These three vids are definitely making me want to play it…never played stick of truth.

I intend to avoid watching anymore trailers, I already I know want it and the enjoyment of playing these titles is mostly in the content - so I don’t want to see more snippets, that’s just depleting some of the content.

Fans of South Park have been waiting over three years for the sequel of South Park: The Stick of Truth. With expected delays from showrunners Matt Stone and Trey Parker, gamers weren’t too sure if the game would even release this year. It seems like those worries are gone as South Park: The Fractured but Whole is set to release this week. Ubisoft released new details on the titles Season Pass. So, if you’re a Season Pass holder or are possibly interested, this article may be beneficial.

With two new story expansions, a handful of exclusive costumes and a new combat challenge – the Season Pass looks promising for die-hard fans. Check out the full details below.

Danger Deck
Players will have to face the ultimate combat challenge in Doctor Timothy’s Danger Deck. They will be able to unlock exclusive costumes and artifacts. “Danger Deck” will be available in December 2017.

From Dusk till Casa Bonita
A new story where players will team up with The Coon and Mysterion to defeat a demonic presence at Casa Bonita. This content will be available in 2018.

Bring the Crunch
Will introduce a new story, including an all-new superhero class. It will be available in 2018.

I played for a couple of hours last night. It’s a time sink for sure. The upgraded combat system is fun and easy to manage.

Just started this, I’m just an hour or so into the game. I never played the first one. But the loading tips had me laughing. Worth it so far.

I picked it up as well but, as I also didn’t play the first, started there. Already had plenty of LOL moments and plenty that had the wife shaking her head in disbelief. Win-win in my book.

Really looking forward to this.
Might wait until Christmas though, got a backlog to clear and D2 to keep flogging.

I played a lapdance mini game. As a South Park kid. This game is amazing