ESPN Is Getting Into Esports 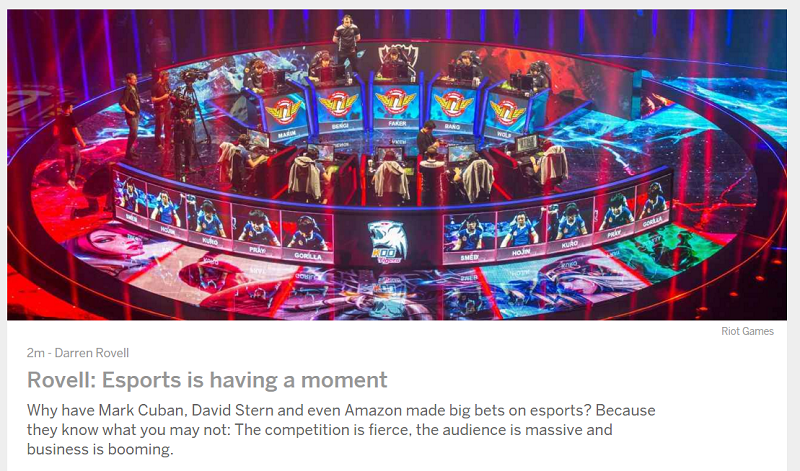 could have come up with a better name

Earlier this month, Activision CEO Bobby Kotick declared that he wants to build the “ESPN of video games.” Turns out ESPN wants to do that too.

Today, the sports conglomerate and Deadspin nemesis launched ESPN Esports, a vertical dedicated to competitive gaming. They haven’t gotten too specific about their plans, but they’ve got segments dedicated to news and coverage on Hearthstone, Dota 2, and League of Legends. They’re also looking into airing more esports and even hosting their own Twitch broadcasts, according to the LA Times.

This is exciting news for anyone who likes video games, of course, but given what happened last year when ESPN2 aired Heroes of the Storm, it seems like they have a long road ahead of them

they need games that are not close to 10 years old. And serious hearthstone. that’s going to sink faster than the popularity of watching a poker match.

they need games that are not close to 10 years old.

That’s what I find wierd. All the big competitions are for older games, but perhaps it takes that long to get to that level. Star craft, dota, lol, all old.

ESPN is looking for a universal audience for ESPORTS. And to be honest most FPS are not very interesting for most people to watch. Other people may get motion sickness from watching somebody play again lowering the audience.

To ingredient for a good competitive watch when not actually playing a game is an overview of the game field so the observer can see everything that is going on, something that League of Legends is very good at. Those game picks are no surprise at all to me.

When watching a FPS game all you see is one perspective, very limited to what is happening on the whole field of play except for numbers and messages on the screen. If you are an observer of the event you want to most information you can get.

The best way to do it for FPS if programmed into game spectators that control virtual cameras to try get best view of game and field.

This is my opinion on it. I go to streams of people playing an FPS, but in going there I am usually there to just watch them play. It’s not the same as watching a competitive match.

Damn you @MrsButderWorth and your sound logic.

Stoked for this, I wouldn’t bet against Mark Cuban or Disney.