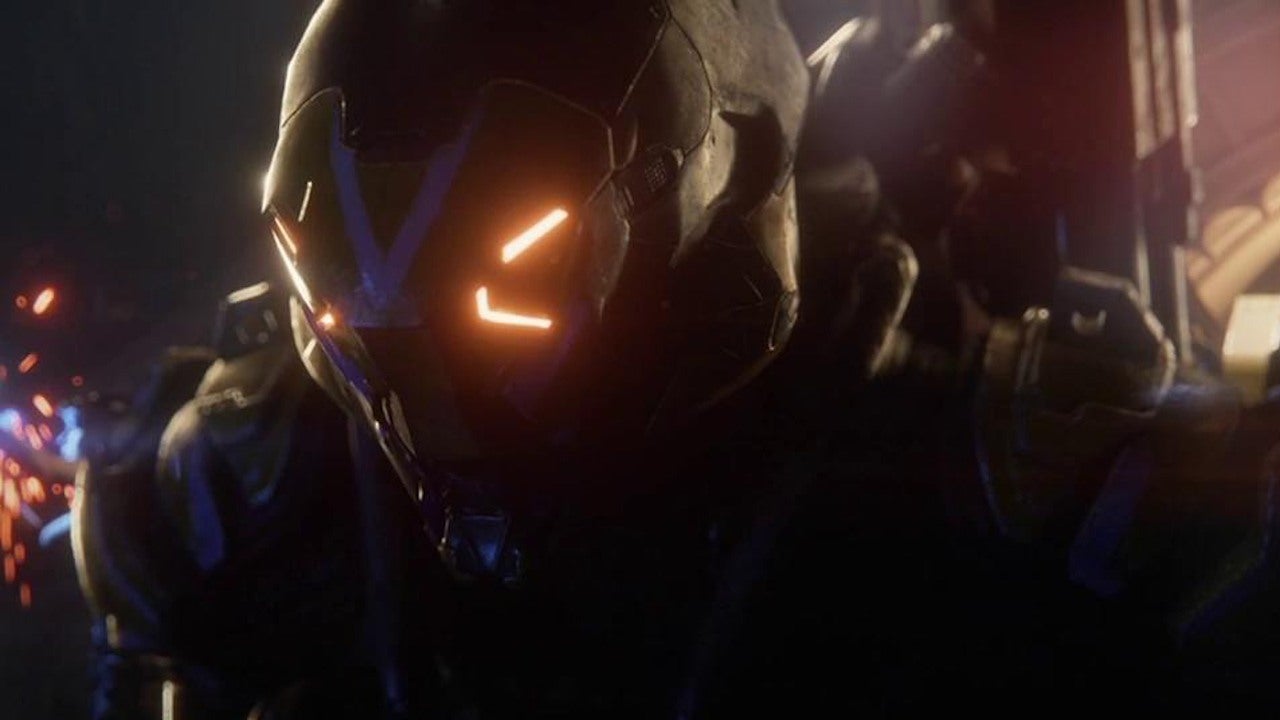 BioWare’s latest won’t debut this year, but a new Battlefield will.

Electronic Arts has confirmed previous reports that BioWare’s upcoming game Anthem has been delayed to 2019, and in its place a new Battlefield game will debut this fall.

EA officially confirmed Anthem will release in Q1 2019, or Q4 of its 2019 fiscal year, during the company’s Q3 earnings call today. However, EA denied to The Wall Street Journal that the delay was due to the game’s development being behind schedule, as reported in a previous Kotaku piece. Instead, the 2019 release is, according to WSJ, a factor of EA’s decision to release a new Battlefield game this October.

As a result, the company’s executives believe Anthem, as a new IP, would fare better commercially in a quieter quarter than the busy fall window.

“It’s not a delay,” EA’s CFO Blake Jorgensen told The Wall Street Journal. “People are trying to create a story.”

And while Anthem had previously not been given an exact release date, initial reveal plans had pegged the game for a fall 2018 release. Even before Anthem’s official debut at E3 2017, a new BioWare IP had been confirmed for a release before March 2018, until it had been pushed back to the 2019 fiscal year, which ends on March 31, 2019.

EA then officially debuted Anthem at both its own EA Play press conference, while new details were then revealed at Microsoft’s E3 2017 press conference. And recently, a new report examined how BioWare has doubled its efforts to deliver on Anthem.

No details are currently available about what this new Battlefield’s setting or focus will be.

Probably good for Anthem to get pushed back. It’s always nice to have good spring titles. Spread out the release cycle.

Still, where’s this new BF come from??
No idea on theme or design yet but due to release October 2018?
Am I cynical to expect a reskin for WW2 with new maps?

Clearly BF1 hasn’t done as well as BF4 in terms of longevity if they’re already replacing it.

I would imagine they’re holding off on details due to their popularity with Battlefront. The internet humans have been massively worried about them ruining this series the same way.

Oh you know this will have a battle royale mode for sure.

To dovetail off what @unobtainaballs said though, it’s a little worrying that they haven’t started trying to build any sort of hype whatsoever. But they could be laying low. Hopefully they aren’t stupid enough to pull a Battlefront 2 on this release too. I would think the internet backlash would be swift and merciless.

Either way, I’m a sucker for battlefield so I’ll probably be interested regardless of setting.

Oh there will be microtransactions. Just read an article about how EA truly believes in MT if they are done right and has no intention of not doing them. How they do them we will have to wait and see but I know many GRG that will pass on the title just because of the MT.

@D1G1TALC1PHERS I do have my breaking point, killed me, but like a lot of people, I passed on BattleFront 2 because of the MT/Loot Box fiasco, I passed on Shadow of War (Shadow of Mordor was a favorite for me) because of them. I’ve held off on COD WWII because of it, but I’m thinking about picking it up anyway next time it goes on sale.

I’ve been playing Battlefield since 1942 was first released so there’s a pretty big soft spot there, but if it’s handled like Battlefront 2, I’ll probably have to pass on that as well. Hope not.

The micro transactions in CoD WW2 are just for cosmetic crap which is really nothing I care much about. I don’t really even do the challenges.

I’m sure BF 2018 will have them and I’ll have to see how they’re implemented before I purchase. I felt like I got burned with BF1 with my season pass purchase so I’m hesitant to continue the series. I also feel as though Battlefields best days are behind them. BF1 felt like they CoD’d Battlefield (if that makes sense). Then add in the fact that they won’t keep multiple parties on the same team. Yeah, BF1 soured me to Battlefield.

As far as microtransaction go, people need to man up and just not buy them. I won’t.

Yea MTs don’t come in to play for me when it comes to buying a game. I have enough self control to avoid them. If Anthem has them I will still buy it.

I will probably pass on BF/COD going forward just cause I am burnt out on the standard FPS MP game.They can change the setting,art, weapons, vehicles, etc but the games are still the same as they have been for 16 years. Plus the whole Premium/Season pass burning is getting old.

Yeah, I agree. Don’t see these going away, but they will continue to look for betters ways to apply them and see what works. Basically if the Internet does not like something they will go all extreme and burn it in effigy.

I am starting to stay away from season passes. mainly cause in most cases i never make it to the last drop of content before i have switched to another game. A lot of the time i barely get through two content drops.

@Lala_Calamari That makes sense. Good points. I played BF1, but didn’t go for the Season Pass. I liked BF1, but it failed to really get its hooks into me where I would have days of play time. The last Season Pass that I bought was for BF4, and that was the last BF game that I put a good amount of time into. I can definitely see the argument that Battlefield’s glory days may be over.

It’s extremely rare that I purchase MTs. I just hate that it’s bleeding into the single player campaigns of games (increasing grind to steer people towards MTs), or ratcheting up the grind on multiplayer progression to ridiculous levels (like the fiasco with Battlefront’s hero unlock grind).

Yea MTs don’t come in to play for me when it comes to buying a game. I have enough self control to avoid them.

I feel the same.

However they’ve started to poke holes in the MP/PvP model (progression acceleration or unbalanced power) and make me ask questions of the SP design (drawn out levelling, removing some content, constantly push MTX in your face).

If a game just has a single store with cosmetic only it doesn’t impact my decision.

If a game just has a single store with cosmetic only it doesn’t impact my decision.

Agreed. The amount of MTs in games is what’s really turning me off. “Get the full experience by purchasing this”. I wanted the full experience by buying the fucking game in the first place. Not for you to push ads down my goddamm throat. Let me play and enjoy the game I played $80-$100 for with everything included. I don’t understand why that’s such a difficult thing to ask for anymore.