I figured there were/are too many different topics about E3 so why not just put everything here?

Deck13 is well-known as the developers of popular titles such as Venetica, Blood Knights, and recent Games with Gold title Lords of the Fallen. What you may not know is that they’ve recently become a player in the indie-verse as a purveyor of fine indie titles. Today they announced a sample of some of the titles that they will host at E3.

Calling itself the digital Lord of the Flies, players are stranded on a remote island and hunted by the other 99, a group of savage inhabitants who have it out for you. It’s not just a first-person survival game — the game focuses on brutal combat and clever puzzles to breathe life into a popular genre. You’ve got to escape, but to do it you may just need to take care of the other 99.
Will you? 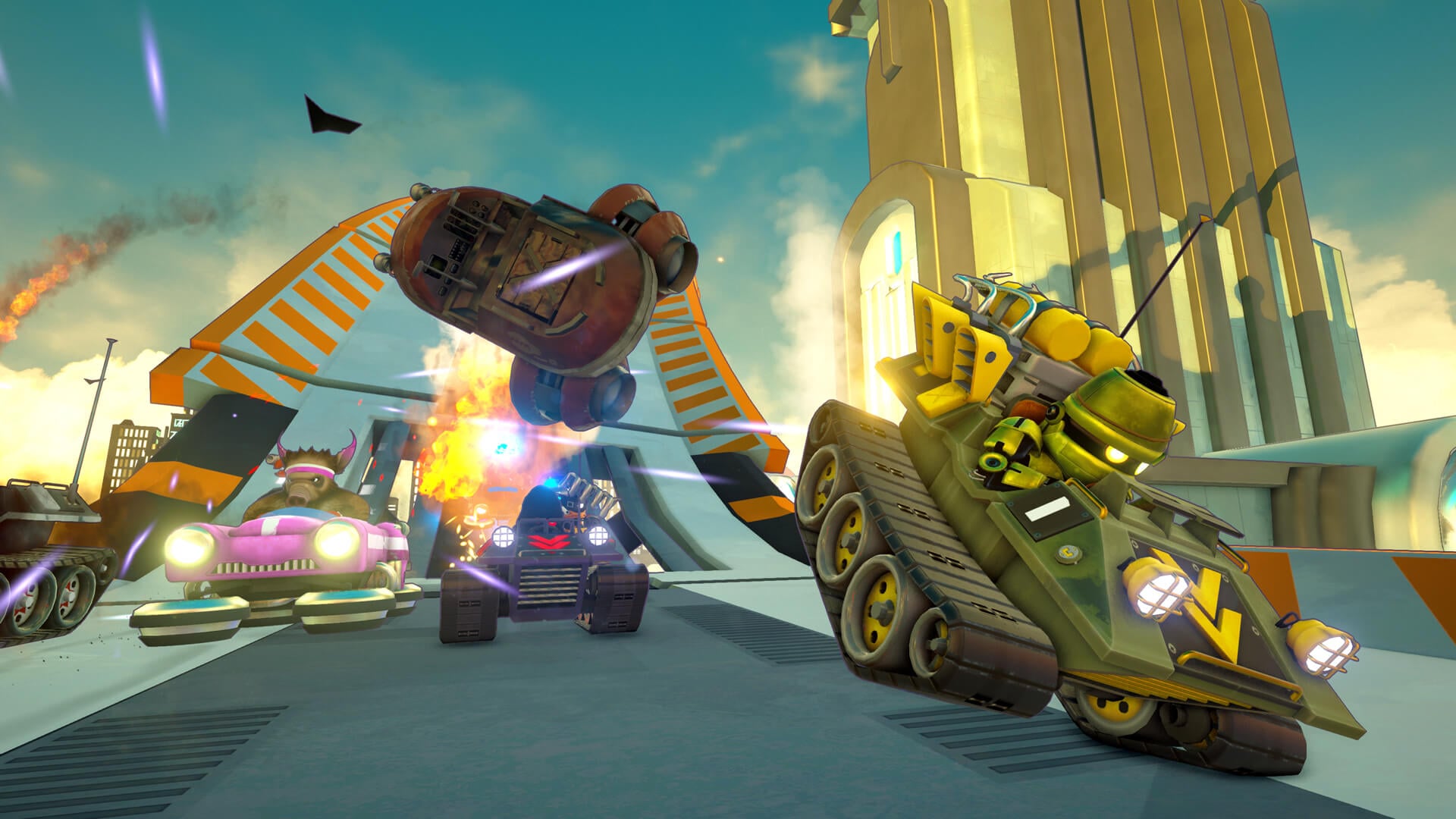 051841.jpg1920×1080
A new entry in the classic party racing genre that takes elements from other party games like Super Smash Bros. You’ll race across alien planets and utilize weapons and other powerups while moving at high speed. You’ll need to be quick and tactical or else your opponents might just do the same to you. Featuring sixteen player multiplayer, it’s sure to recall memories of playing party racers as a kid. 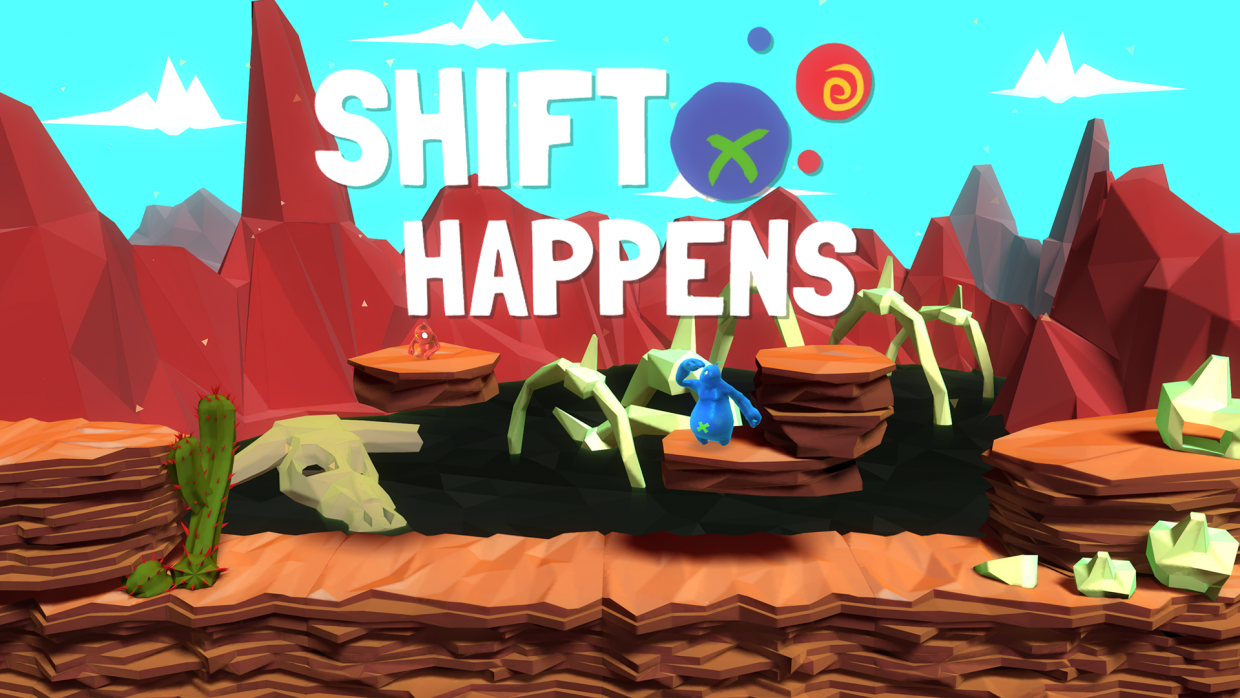 052153.png1240×698
The game stars Bismo and Plom. They’re trapped together and have the ability to switch masses and abilities. The entire campaign is “co-optimal”, which I think means best played with a friend. You can also tackle the puzzles and collect coins alone on specially-crafted levels. Deck13 calls it “so cute and so cruel.” And you thought I couldn’t make it through this summary without a “shift happens” pun, didn’t you?

052154.jpg1240×602
This game is a three-dimensional first-person endless runner where you move faster than Usain Bolt. Deck13 calls it a wild mix of Mirror’s Edge and Trials Fusion. You’ll need to run and jump and use the power of cubes to get to the finish line. What’s the power of cubes? We’ll have to wait until E3 for that. Deck13 says the game is easy to use and hard to master and “can hardly be compared to any other game out there” (except, I guess, the two games they compared it to above). 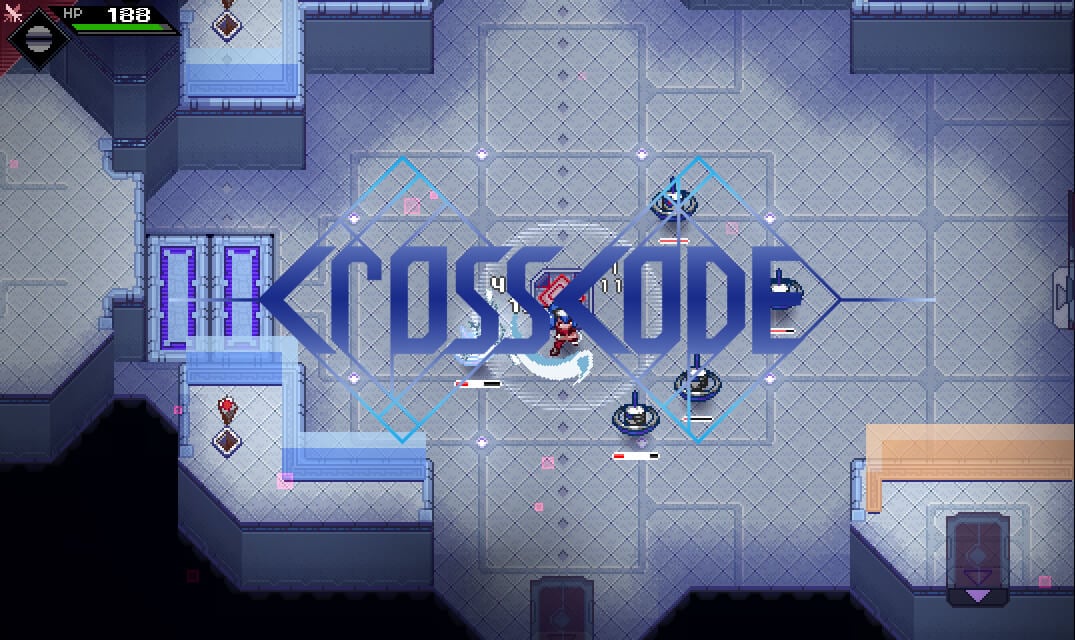 052155.jpg1075×640
Bad news. Lea has lost her memory in this retro action RPG. You guessed it, Lea’s now on a quest to figure out what she forgot. The game is heavily inspired by classic SNES RPGs and features modern twists on the physics. The combat system is “smooth and action-oriented” and is built around “an extremely polished RPG system.” The story has a sci-fi theme and the puzzles “could easily be part of the Zelda series.” 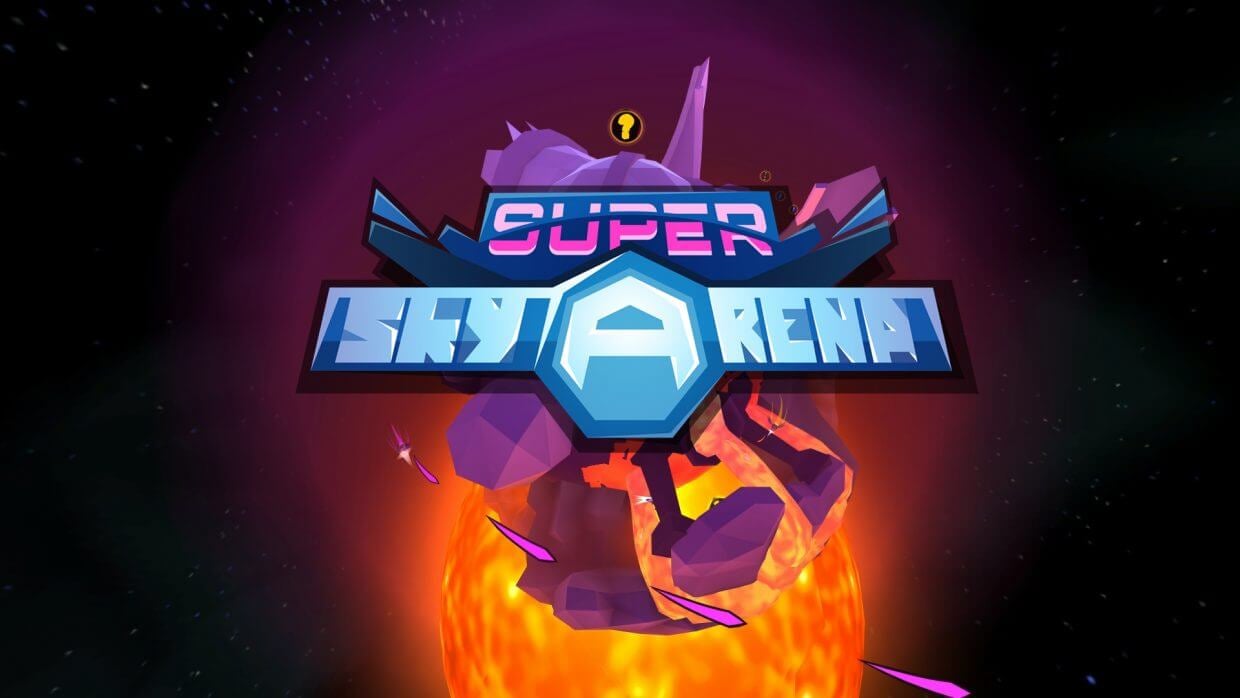 052156.jpg1240×698
A psychedelic multiplayer fragfest, they call it. You’ll face your enemies in dogfights which pay homage to Star Fox. Up to four players will battle it out in “mind-twisting deathmatch arenas” where it’ll be important to use powerups wisely to survive and come out on top of the leaderboard. Deck13 believes this game will be “the perfect break killer.”

All of these games will be at E3 courtesy of Deck13. The publisher’s press release follows the list with “etc.”, which does indeed imply that even more titles may be at E3. Perhaps we’ll even get some more new reveals?

After previously only being well-known as the developer of the Worms series, Team17 have put themselves front and center in recent times as both a developer and publisher. They have been the ones responsible for bringing popular titles like The Escapists to Xbox One and can also boast the recent double launch of OlliOlli2: XL Edition and NOT A HERO: SUPER SNAZZY EDITION.

Team17 has confirmed they will be at E3 from June 14th to 16th, showcasing the following games: 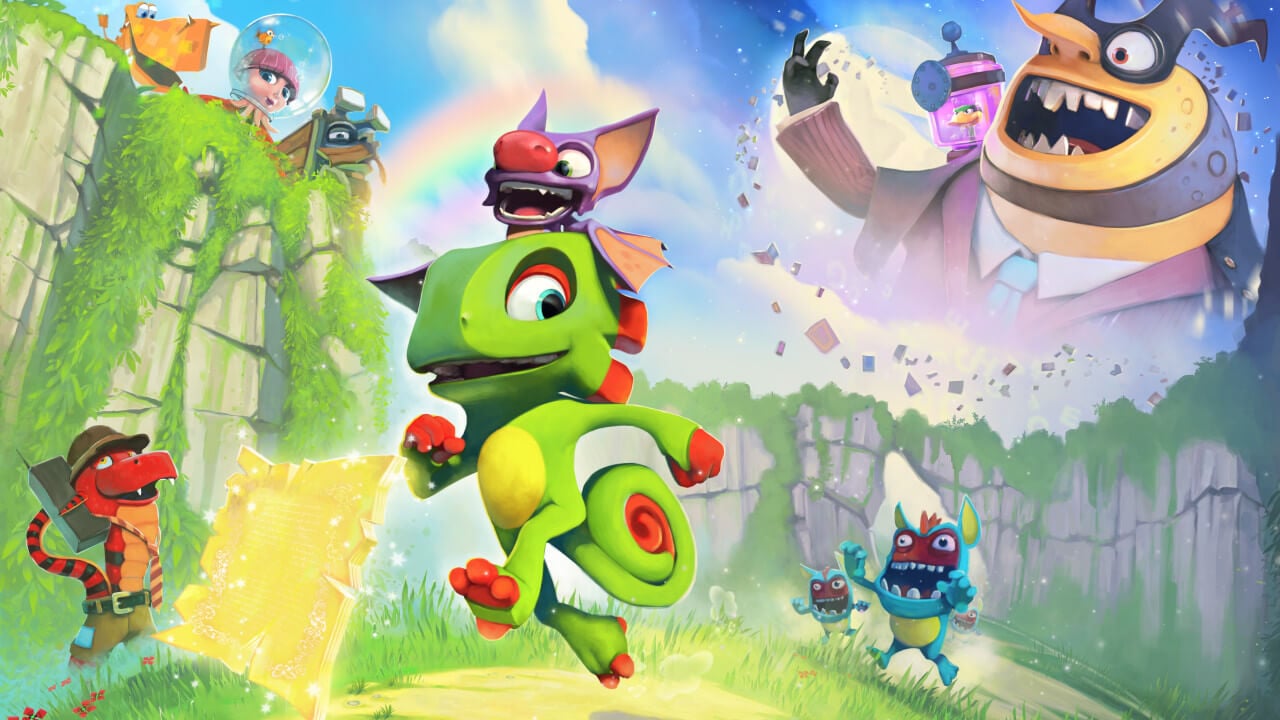 052028.jpg1280×720
Team17 is helping Playtonic Games, the team of Banjo-Kazooie vets, bring their Kickstarter-funded platformer and spiritual successor to Banjo to Xbox One. We already saw more screenshots and gameplay on Monday, as well as the news the game is being pushed to 2017. Hopefully E3 brings more positive news to fans eagerly anticipating Yooka-Laylee. 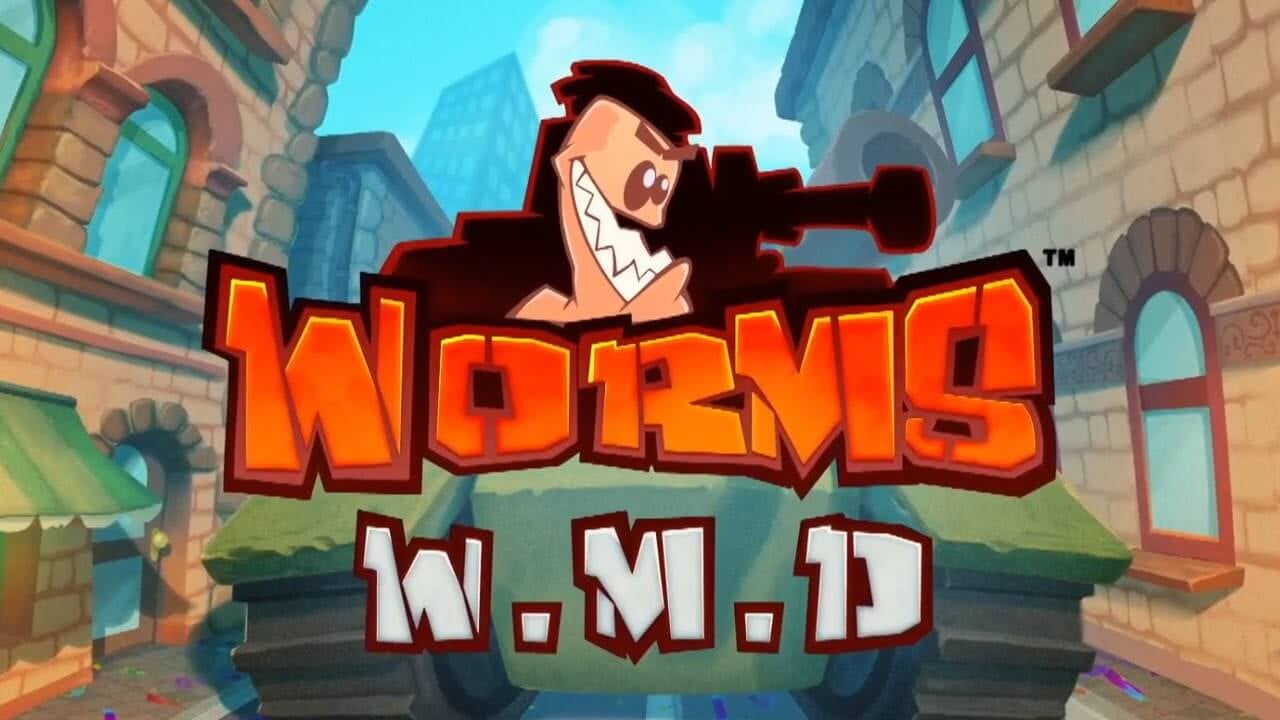 049788.jpg1280×720
It’s Team17, of course we’re going to see Worms. We’ve been seeing plenty of weapon reveals since the title was announced back in August 2015. Perhaps it’s finally time for Team17 to reveal the release date, which has only been a vague “sometime in 2016” since the announcement. 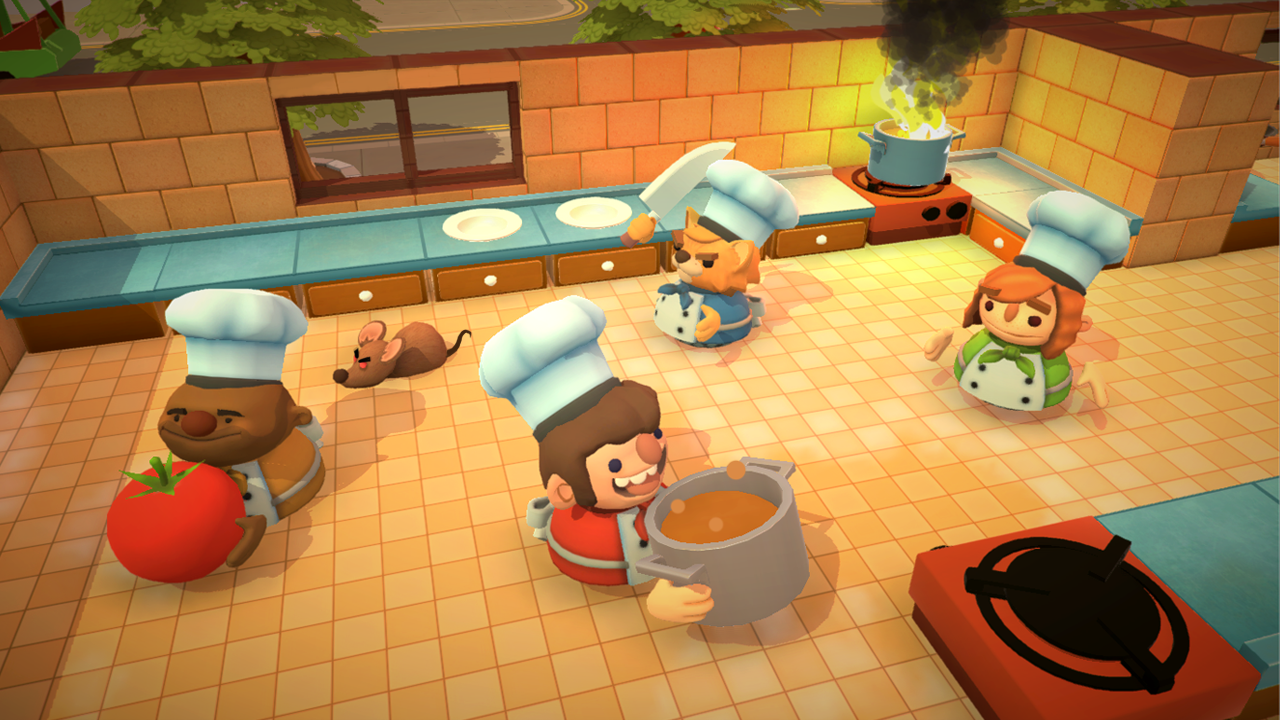 048764.png1280×720
Ghost Town Games’ Overcooked, a crazy, chaotic, co-op kitchen game, has been fun to watch evolve since the game was announced in February. Overcooked will be playable at The MIX E3 2016 at the Target Terrace rooftop from 7-11 p.m. on Wednesday, June 15th. Perhaps this is nearing a release, too?

Strength of the Sword: ULTIMATE 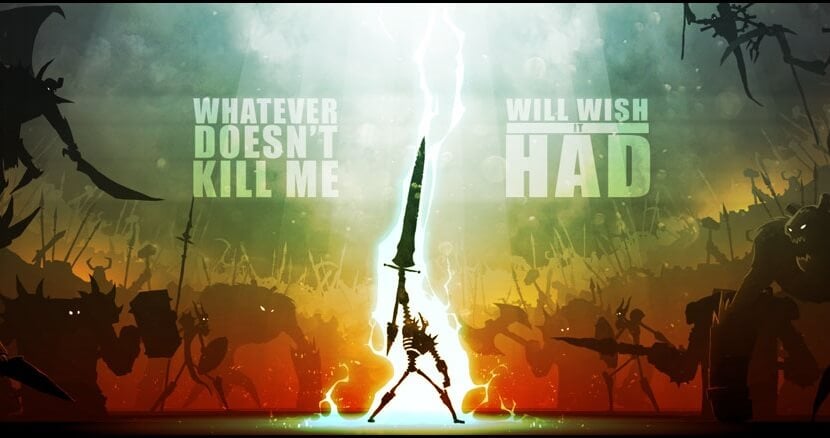 043581.jpg830×438
We haven’t seen too much of Ivent Games’ fantasy action title Strength of the Sword: ULTIMATE in the 10 months since it was revealed at Gamescom. It’s already missed its scheduled release date in February by several months, so fans will be glad to see it hasn’t been scrapped entirely.

These are just four of what Team17 has promised is a “full range of games” to be shown at E3. Hopefully we will see them around quite a bit next week.

The PlayStation 4 Neo is real, but the upgraded PS4 console won’t be at this year’s E3.

Just heard this mentioned on a podcast, anyone hear of a sequel to shadows of mordor?

As we inch closer to the E3 festivities, developers everywhere are preparing themselves and their fans for some exciting announcements and reveals. One of those developers is Gun Media, the fine folks creating the thrilling survival-horror title Friday the 13th: The Game, who released a very brief teaser for their project.

This 18 second video does not give us a huge glimpse into the world they have crafted based on the well-known horror series, but it does give us a promise that not only will Gun Media be attending E3 with their game, but we will get our first look at the actual gameplay this weekend: