When Microsoft unveiled gameplay for Halo: Infinite at its Xbox Series X showcase earlier this month, the biggest takeaway from fans was evident through a flood of memes about Halo: Infinite 's graphics. That palpable disappointment with what many regard as an underwhelming look at a next-generation system seller has kept up since Thursday’s event, to the point that now corporations like Domino’s Pizza are capitalizing on the trend.

Earlier today, the Twitter account for the Domino’s Pizza UK branch posted an image questioning the potential of next-generation graphics by pixelating half a pizza, with very pointed text using the Halo: Infinite hashtag that says, “Don’t worry Chief, Domino’s always delivers.” The company’s Malaysian branch has drawn attention on social media as of late by using pizza to make fun of Sony’s PlayStation 5 reveal and posting other video game references, so it seems other facets of Domino’s are following suit.

t’s hard to blame the company for jumping onto the meme cycle, as 343 Industries’ highly-anticipated game has been all over the Internet due to its lackluster reveal. Halo: Infinite 's Craig the Brute has become particularly popular in the realm of memes, as the flat-faced and polygonal character model spotted during the gameplay reveal fits perfectly into all manner of comic situations. 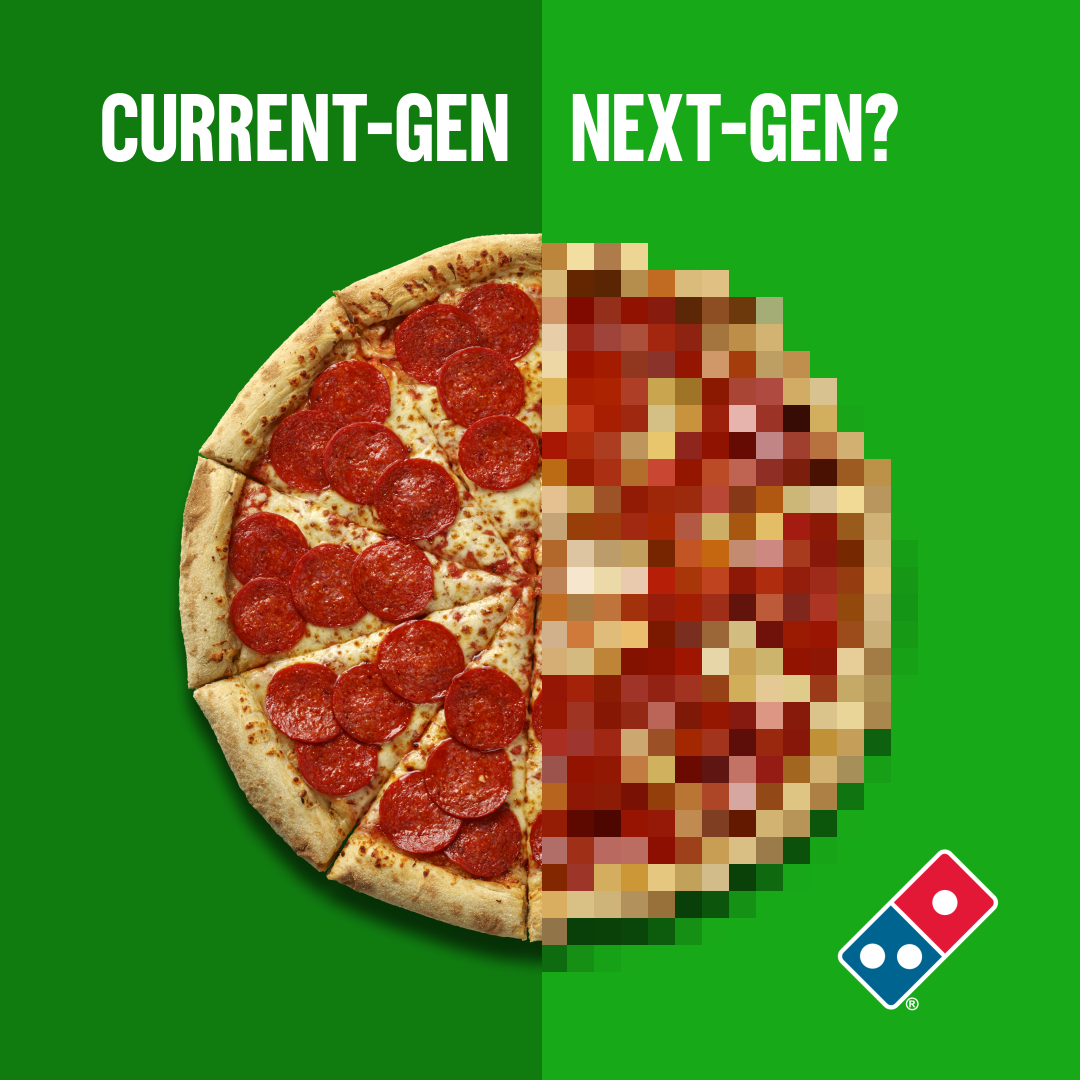 Though its graphics were heavily criticized during the Xbox Series X showcase, Halo: Infinite 's graphics will improve before launch according to Xbox Marketing General Manager Aaron Greenberg, who said the gameplay came from an early build. Complications due to the ongoing coronavirus pandemic are also part of the reason for its rough edges, Greenberg said, which is fair given how much of the industry has been affected by working from home.

Microsoft and 343 Industries have also discussed other ways the next Halo game will be improved over time as a sort of reboot for the first-person shooter franchise. Halo: Infinite will receive a free ray tracing update after launch that will be free to all players, for example, further improving the game graphically.

Though its first showcase was a bit of a dud, as evidenced by playful ridicule levied by companies like Domino’s, Halo: Infinite still has the potential to be a huge seller for Microsoft’s Xbox Series X. How it lives up to that potential will have to be seen as the game gets closer to its vague release date.