Diablo IV devs discuss the open world, the camps feature, and how multiplayer might look 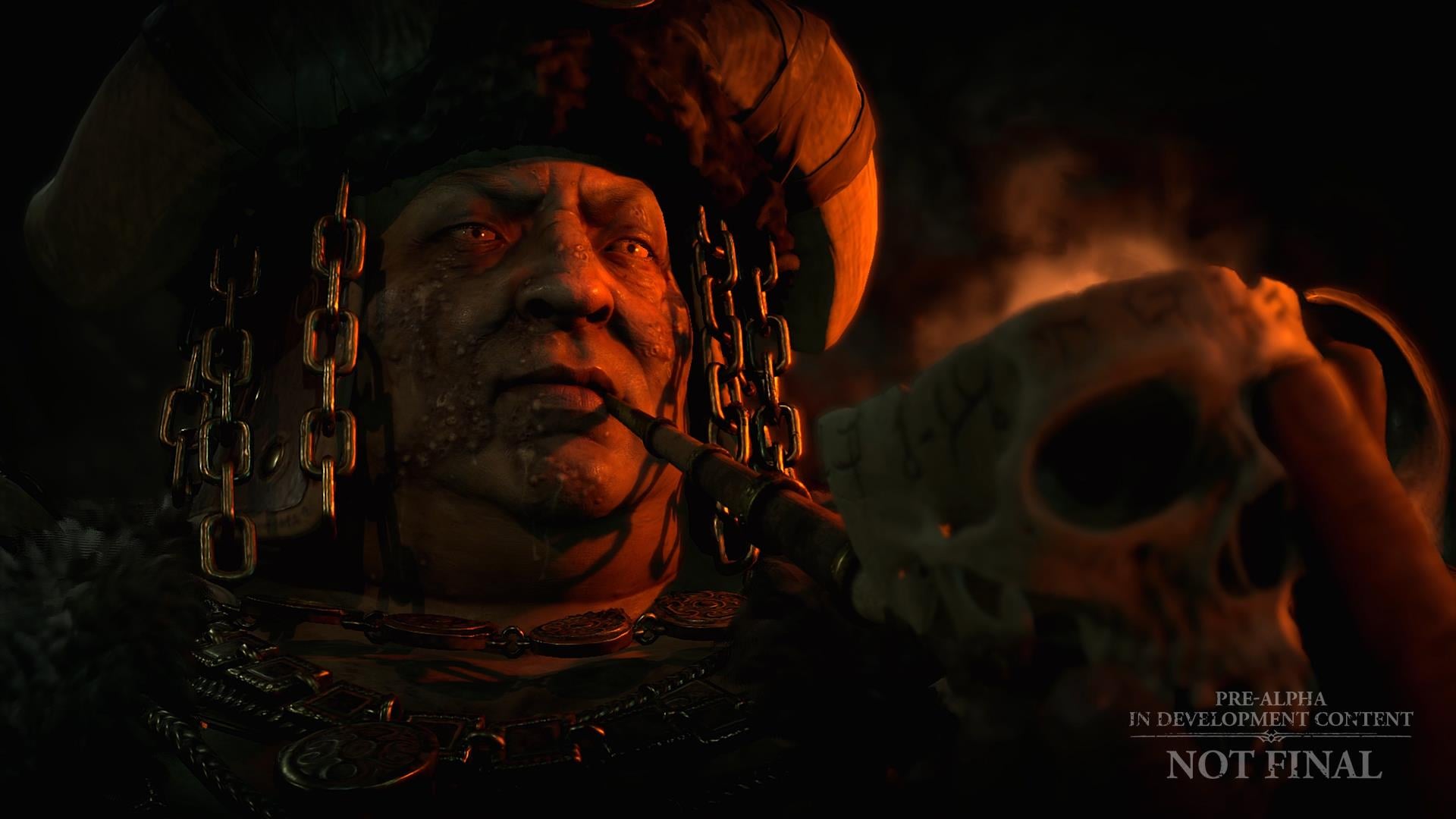 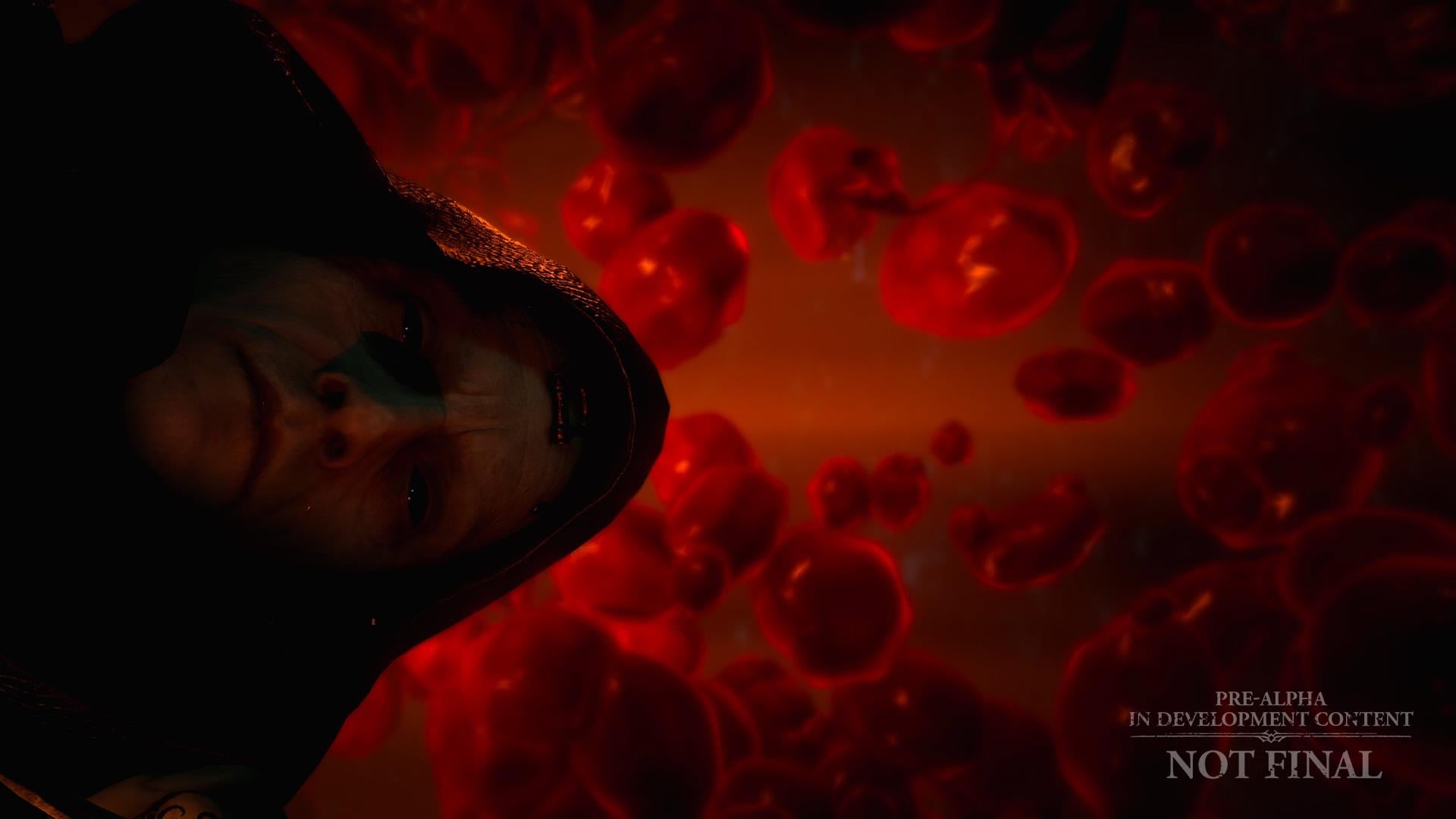 One of the most intriguing parts of Barriga’s update was the discussion of the open world — “one of the main new features” — and camps. “So, while you can concentrate on the story campaign and work through that, we have a variety of open world systems and pieces of content that you are also discovering along the way”, Barriga says. The open world offers exploring, crafting, PvPing, events, side quests, and “perhaps the most popular open world feature… Camps.” Camps start out overrun by enemies but once cleared, become “friendly outposts” with NPCs and waypoints. Each has its own backstory, and it seems these will be quite extensive — Barriga’s examples were a cursed town where villagers were turned into “piles of salt” and a haunted crypt with a “spirit that possesses the bodies of various undead—jumping from skeleton to skeleton until you defeat him.” Barriga adds that “most of the storytelling is visual and quests don’t directly send you to them”, and that these camps let you feel as though you’re “reclaiming” Sanctuary.

The range of actions available in the open-world environment helps with replayability, says Barriga. “On an average playthrough, team members took several hours to complete the campaign content for the region, but those who focused only on the story finished the arc in less than half the average time (and were, of course, able to do side content after that). We think the ability to approach the game with a different mix of story and side content tailored to your own appetite will make playing (and re-playing) the campaign more enjoyable than it has been in previous ARPGs.” Mounts and “itemisation for mounts” also works well for exploring Diablo IV’s open world. “One of my favourite things about mounts was customising it by attaching a trophy to the saddle”, Barriga says, “to signal to other players that I had completed an obscure challenge in the zone.” 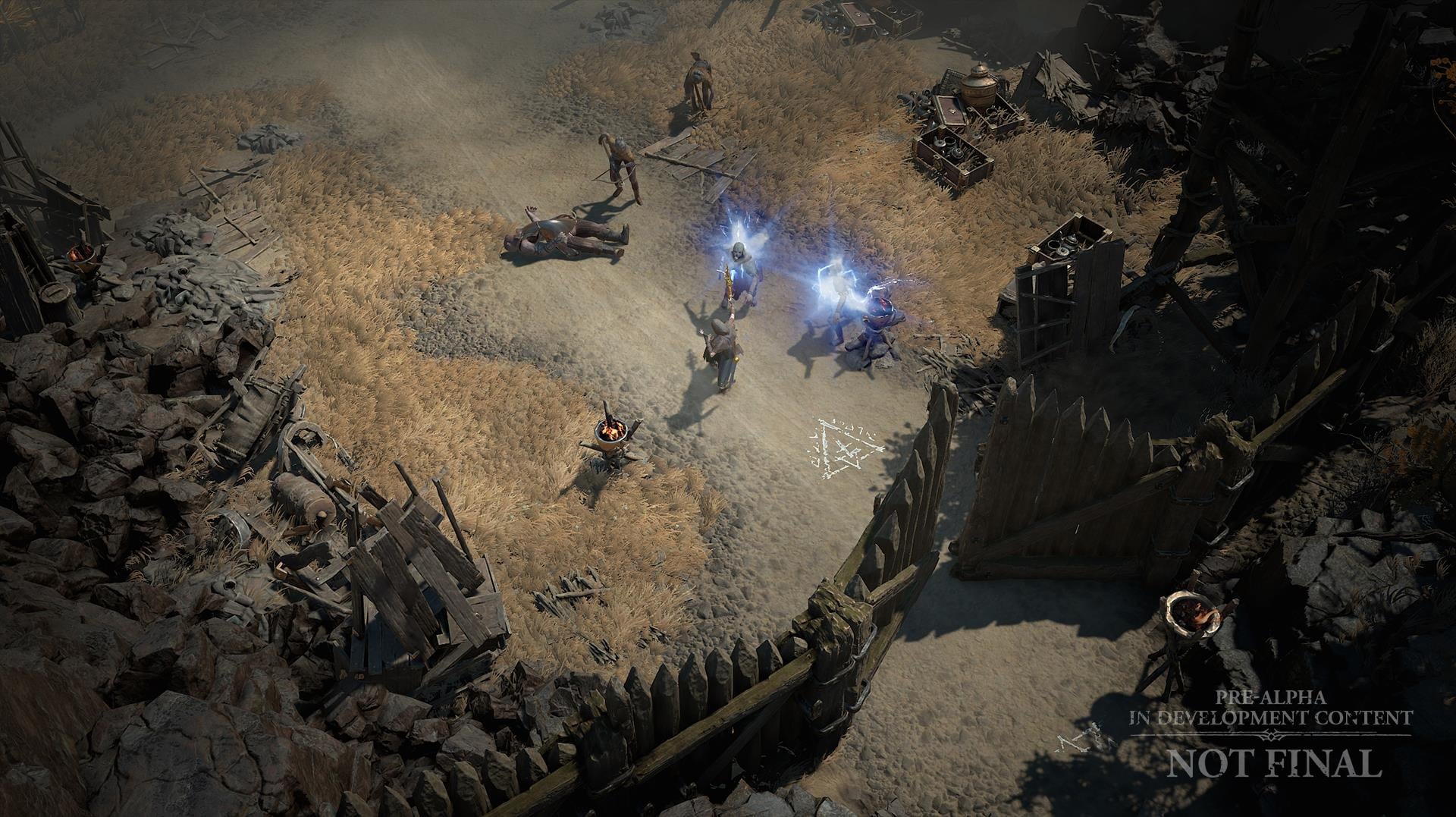 Blizzard is also working to integrate conversations into the game. Instead of “UI panes with a character’s name and portrait,” the devs are “experimenting with a mix of tool-generated and manually choreographed cameras”. Simpler conversations will also utilise a “library of animations”, while more in-depth conversation will have “hand-crafted” movement. These will be interspersed with real-time cutscenes, where they “grab your camera and treat the storytelling like a movie”.

Barriga also described how multiplayer had felt during playtests. “Dungeons and key story moments are always private” and just for you and your party. You would see more people once the town became a social hub or after moving forwards in the story, and the occasional player would be spotted while exploring. During world events like a cannibal horde attack, you’d see a “larger congregation” of players. Barriga adds that solo players can dip in and out of parties, helping in the fight and getting a share of the rewards.

There’s still no word on a Diablo IV release date, but we’ll keep you posted.