Redditer Axxx31 recently confirmed that a friend had received a Mystery Bag upon completing the latest weekly Nightfall. The item was described as “contain[ing] one emote from fall 2015, highly likely to contain an emote not currently owned”. 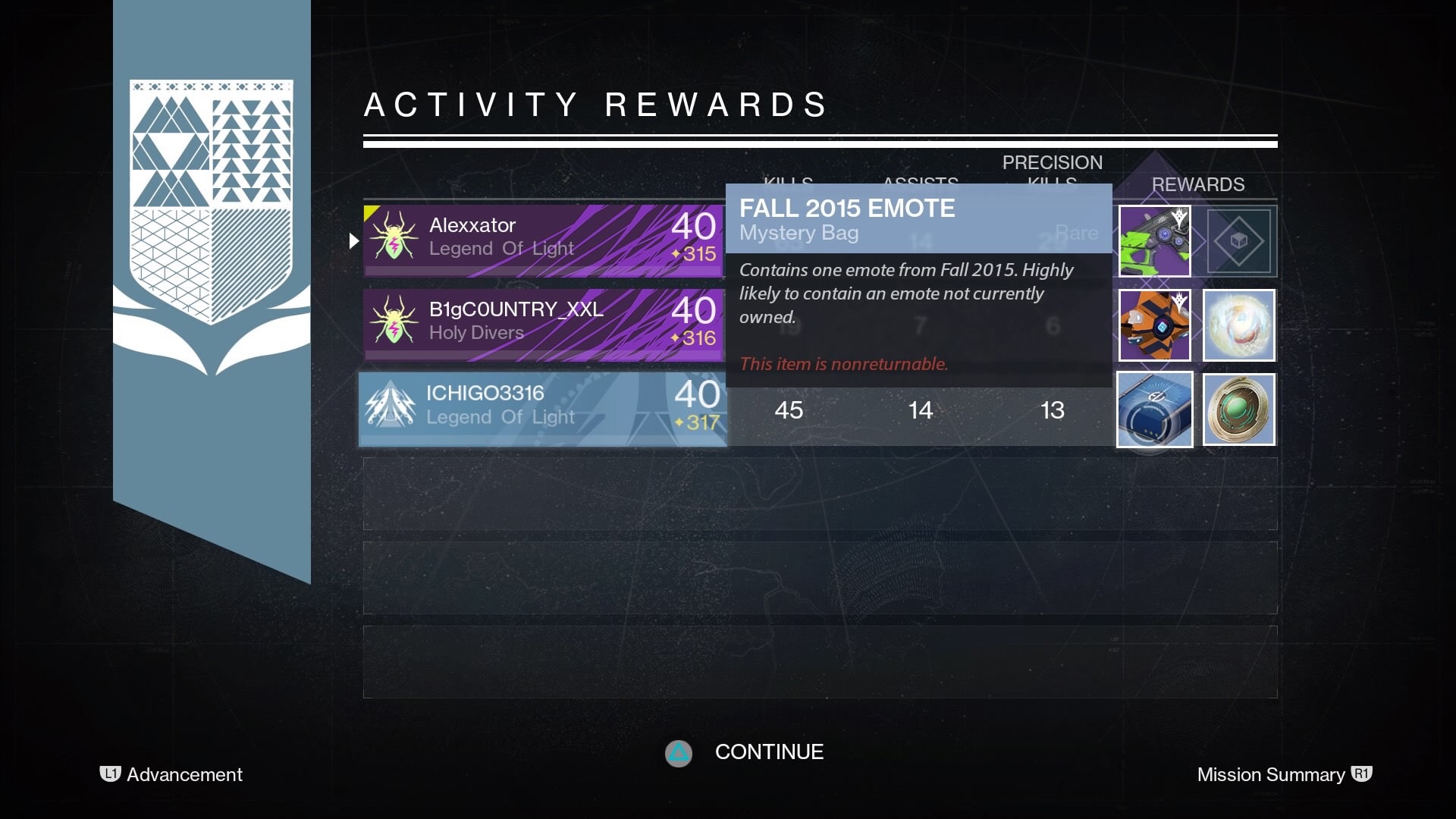 Another commenter confirmed that they received the ‘Carlton’ dance as a reward for finishing the challenge.

There was no mention of this in Bungie’s recent communications about Update 2.1.0.