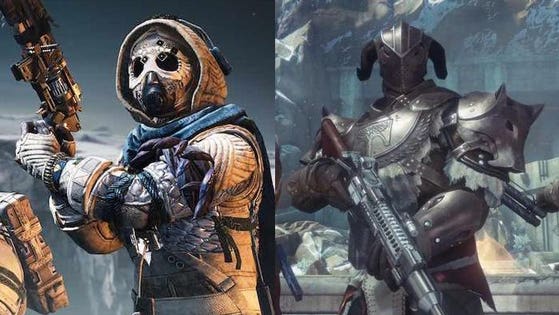 Compare what we know about Shadowkeep to Rise of Iron, and it's already pretty clear which is going to be the more substantive expansion, despite recent drama.

The Destiny fanbase is starting to get nervous about the amount of content in Shadowkeep, how much of it relies on recycling, and what new stuff it’s bringing to the table, or lack thereof. This was kicked off by the reveal that at least the base level of raid armor is recycled Eververse gear from season 2. Not ideal.

And yet I think we need to stop and take a look at context here. This is the second Destiny 2 expansion, technically the kick-off of year 3 of the game. It’s been compared in size by Bungie to Rise of Iron, smaller than the likes of Forsaken and Taken King, but larger than normal DLC or individual seasons.

But if we really stop and look what we know Shadowkeep is bringing to the table compared to Rise of Iron I don’t really even think it’s terribly close. On most fronts, even without Shadowkeep getting here yet, it seems like it’s going to offer a lot more than what we saw with Rise of Iron. And it’s doing so in an even more impressive fashion, given that Bungie also just spent the preceding year doing three hugely substantive seasons of content, while the year preceding Rise of Iron had…almost nothing besides holiday-style events. Oh and they’re doing cross save and a F2P launch on of it.

But sure, let’s do this. Shadowkeep vs. Rise of Iron: 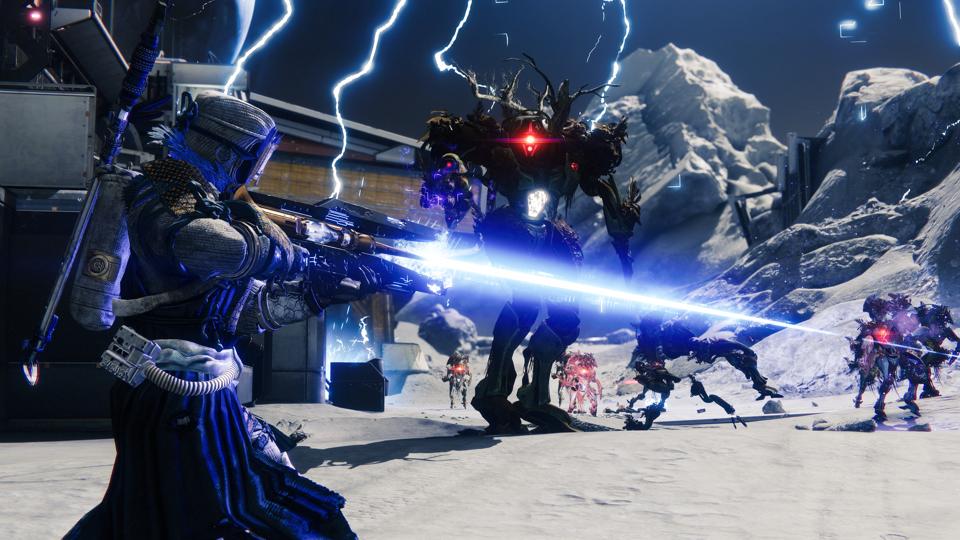 That would be the Plaguelands in Rise of Iron, which serves as an extension to Old Russia, but Shadowkeep is bringing back Destiny 1 ’s entire moon, then doubling it in size with new zones. Even if half is “recycled” from Destiny 1 , I am more than willing to bet that the moon is going to be a much larger, more interesting destination than the Plaguelands were.

Rise of Iron had the likes of Outbreak Prime, Young Wolf’s Howl, Khvostov and twin MGs Nova Mortis and Abaddon, along with bringing back Ice Breaker and there being a new Gjallarhorn quest around this time too. Armor additions were Dunemarchers, Transversive Steps, Shiobu’s Vow, Ophidian Aspect and a few others. It’s not a bad haul.

Shadowkeep, we don’t even know the full extent of yet, but we have an exotic MG, trace rifle, bow and I believe two hand cannons to start, in addition to the return of Monte Carlo. We’ve only seen a few exotic pieces of armor, but overall, I would be amazed if at the very least, this collection doesn’t at least match what we had in RoI. 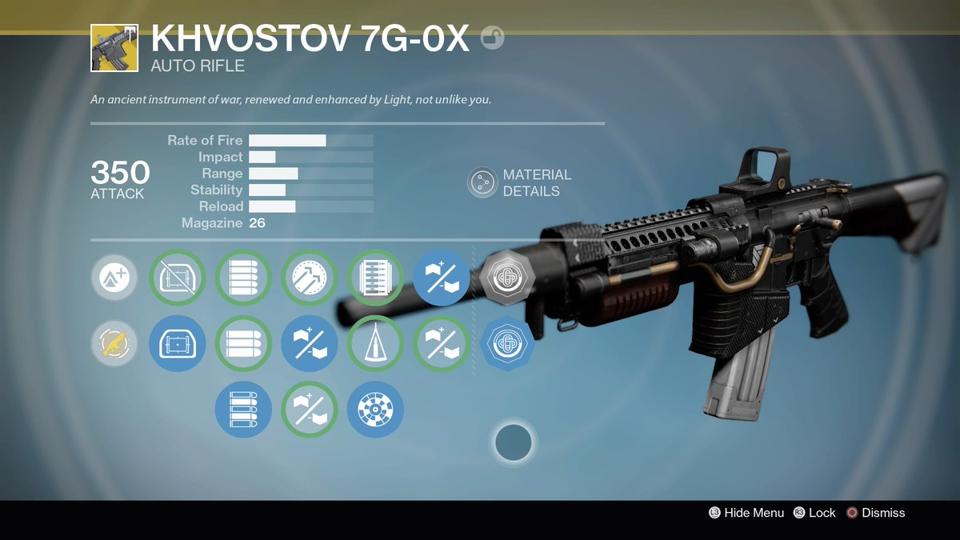 Interestingly, both Rise of Iron and Shadowkeep have a return to Artifacts, trying to turn them into something useful when previously they were just there for light level. But Rise of Iron’s Artifacts were still just…really basic. The most popular one eliminated your sprint cooldown (god, remember that?). But here in Shadowkeep the entire Artifact system is turning into something much, much more interesting between boosted bonus power and a whole slew of unlockable mods.

If we’re just comparing armor sets, it’s probably about even in terms of the total of new ones, or Rise of Iron might have a slight advantage here because its raid armor wasn’t a reskin. But we also have to consider that Bungie has redesigned the entire armor system for Shadowkeep, totally upending how cosmetics work and how builds are crafted with the new permanent mod system. That has to count for something, and really, I think it counts for a whole lot in this category. 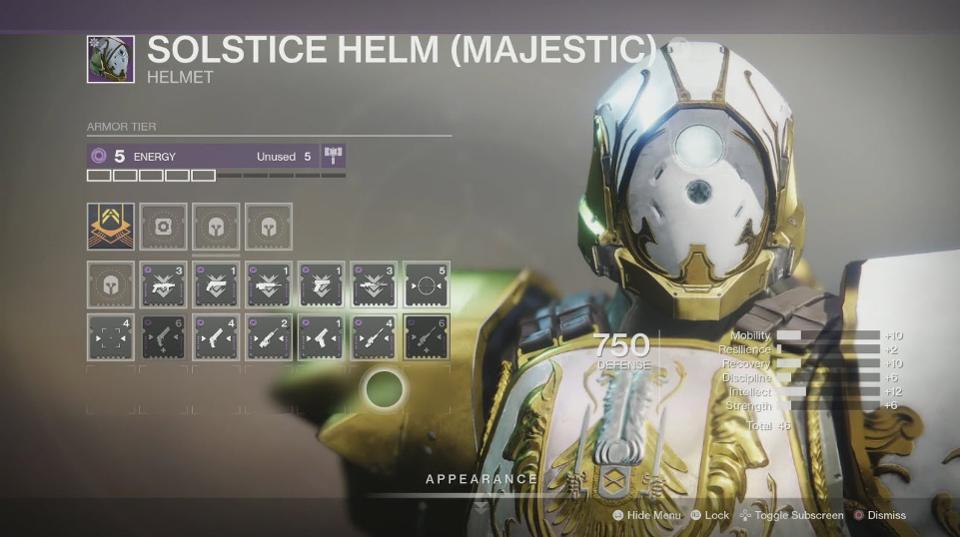 Two new Shadowkeep strikes to one in RoI with two others infected by SIVA. Eh.

There is barely an equivalent to something like this in RoI except maybe Archon’s Forge. Meanwhile, Shadowkeep has both Nightmare Hunts and the Vex-themed seasonal activity, and I don’t think it’s unfair to assume that both will be better than Archon’s Forge.

Rise of Iron had three new Crucible maps while Shadowkeep has two and they’re both remakes. So fine:

While sure, it’s possible that the Black Garden raid is one of the best ever, we don’t know that yet, and we have to deal with the reskinned armor problem. People liked Wrath of the Machine and it did have its own armor. So for now: 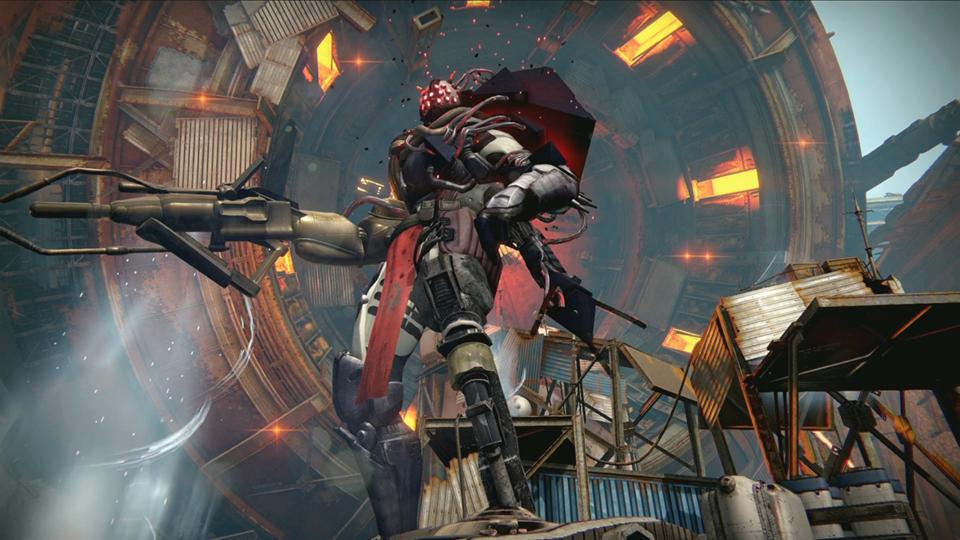 Rise of Iron was actually the first Destiny content to have something resembling a battle pass, but I think the new Shadowkeep one is much better in terms of its rewards and it has about 10x the tiers. It’s an evolution of the original.

I’m sorry, did dungeons even exist in the Rise of Iron era? No, and we know we’re getting one at some point during Shadowkeep, and they’re usually some of the best Destiny content out there.

I guess I could keep going and thinking of more categories, but I feel like these are the major ones, and others like say, story, I can’t really judge right now.

So if you add up those totals (probably wrong to assume all these categories have equal weight, but whatever), that’s:

I think we have to realize that our standards for what “acceptable” Destiny content have really shifted over the years. Bungie has been producing bigger and bigger content drops more and more often. Again, it is amazing that Shadowkeep is coming out this fall at all given how hard Bungie went on the past three seasons of content. Rise of Iron didn’t have anything like that at all before it, yet Shadowkeep still seems far more substantive in every way.

Just a bit of perspective as the community threatens a meltdown every other day. I agree there are issues, but context is key, and this is going to be a more meaty expansion than most people are giving it credit for, particularly when compared to its predecessor.

This ad brought to you by Bungie. “Just look at how much better we are doing. Don’t you agree?”

Bungie created an ambitious project with Destiny but just aren’t up to the task of creating the content needed to keep things fresh.

trolls…this all good for me