Destiny 2 already has its first major potential problem with Trials of Osiris before it's even launched.

This week, Bungie confirmed that Trials of Osiris would be returning to Destiny , which was revealed after the completion of Empyrean Foundation. Egyptian armor, guns, old maps returning, and once again, power level is enabled for the mode.

Power level being enabled, despite being somewhat controversial, makes sense for a few reasons. First, it means that potential cheaters can’t just slide in with brand new characters, necessarily (though that only works if there’s a power requirement floor, not just power being enabled, because you can be 10 light and if you’re hacking to be invincible, it doesn’t matter). Secondly, Luke Smith laid out a new weapons philosophy where certain guns will hit an infusion ceiling. Power level being enabled in Trials will mean that old favorites will be forcibly rotated out over time under that new system to make room for new guns and new metas.

However, there’s one important caveat here. Unlike Trials in Destiny 1 , where power was also enabled, thanks to the new seasonal artifact, you can grind for effectively unlimited power levels. When I considered that notion, I figured Bungie had as well, and I expected to hear that the artifact, at least the power level portion of it, would be disabled for Trials. Well, Bungie seems to have thought about it and decided to keep everything as is. Community manager Cozmo confirmed as much in a (massively downvoted) reddit response to the issue:

“Artifact power will be enabled for all activities including Trials. We are aware of the concerns around this and will be keeping a close eye on player data and feedback when the season begins.
We’ve seen suggestions from capping the artifact power in Trials to removing power enabled altogether. Feel free to share your thoughts.” 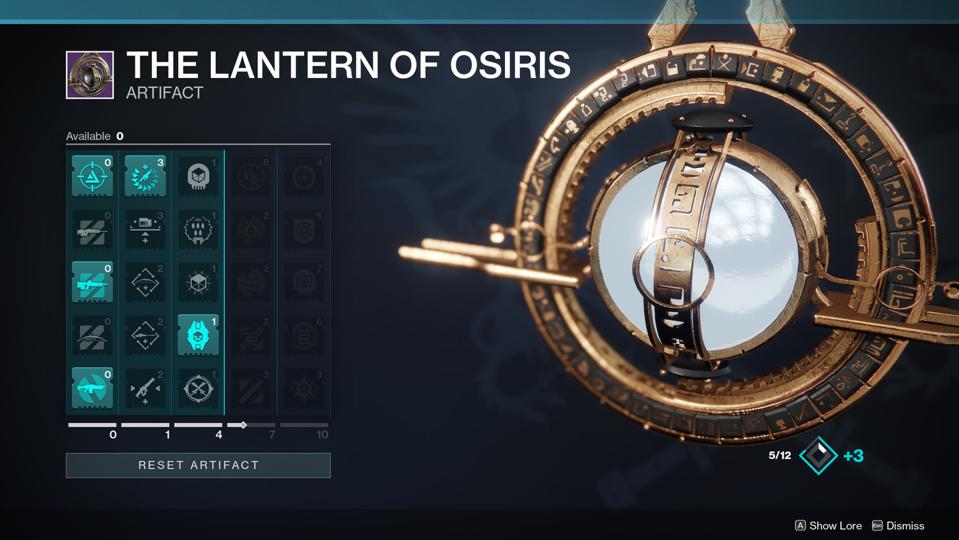 Right now, players are envisioning a nightmare scenario where “lost sector bounty goblins” are able to reach massive power level highs thanks to an endless supply of bounties that are easy (and dull) to complete, but they give out a huge amount of XP. This season, we also saw big Fractaline hoarders get their power level crazy high simply by pressing the donate button, since those weapon bounties also gave out a good amount of XP.

The fear is that players will be able to grind their way into an advantage in PvP through PvE, but not just through PvE pinnacle content, but the dull bounty system we saw this season.

Now, we don’t know everything. It’s possible that there are changes being made to the XP system where bounties are weighed less and activity completions are weighed more. Though depending on how that shakes out, that may not fix the problem. Then maybe you’re speed running strikes or raids or Scorch cannon games for XP and power instead of bounties, but the same issue remains.

I have watched pretty much every major figure in Destiny 2 PvP push back against this idea over the course of the past day since it was confirmed Artifact power level would be in place. They feel like this will ultimately make Trials less about skill and more about external grinding to get a leg up in the mode. Even if differences are minor, the concern is that if you say, lose a 1v1 firefight, it won’t be because of your gunplay, but that tiny edge may come from the extra ten power someone spent 50 hours in lost sectors getting.

Cozmo said that they would be looking at feedback and considering ideas like capping artifact power or removing it entirely. Yet it’s unclear that if Trials launches and soon enough, this is a big problem, how fast they would be able to respond to that situation. Most changes of this nature usually take entire seasons to implement.

I have to imagine Bungie did testing of what it feels like when a 1000 power player squares off against a 980 one and so on, yet grinding for effectively unlimited power feels like a can of worms, and I remember seeing people hit 1000 power through the artifact in Undying when most players were hovering between 960-970. How does that not upset the apple cart in a power enabled mode like Trials?

With Trials two weeks away, it seems unlikely much of anything is going to change before then. But due to how the artifact works, we probably won’t know its effects until later in the season when the hardcore XP grinding really kicks in. On the surface, it’s easy to see how this is a potential disaster in the making, but all we can do now is wait to see how it actually plays out in practice, I suppose. Initial feedback has been heard.