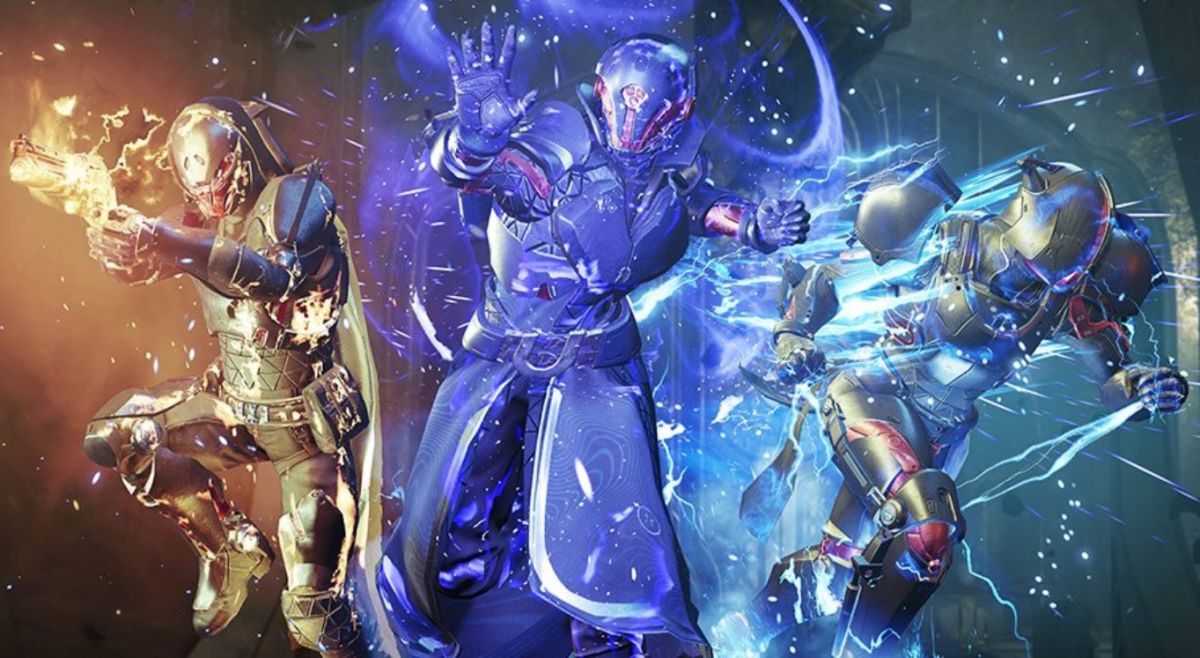 We may finally get to transfer characters

Update: Kotaku reports that multiple sources “familiar with Bungie’s plans” confirmed that the studio will announce cross-save support for Destiny 2 during tomorrow’s livestream. Cross-save will reportedly be available between Xbox One, PC, and a surprise newcomer: Google Stadia.

Yes, Destiny 2 is reportedly coming to Google Stadia, the company’s new streaming-powered gaming platform. Google is hosting its own pre-E3 Stadia stream tomorrow just an hour before Bungie’s Destiny 2 stream, and Kotaku’s sources say this news will be jointly announced (head here for more on the Google Stadia E3 2019 lineup). This would allow players to play Destiny 2 on any Stadia-supported device using the Guardians they’ve already made, which could be pretty incredible as long as Stadia and Bungie’s servers can keep up.

You may have noticed that PS4 is absent from the list of cross-save platforms. Evidently, Sony hasn’t fully committed to the idea just yet - disappointing but unsurprising news given the company’s history of vetoing cross-platform support, to say nothing of Destiny and Destiny 2’s past PS4-exclusive content. Hopefully, that red tape can be resolved so more Destiny 2 players can group up to fight the Darkness together.

According to datamined marketing materials posted to ResetEra, Bungie will announce cross-save support for Destiny 2 sometime soon. This could mean players will be able to transfer their Guardians from one platform to another, but it’s possible - and, given the history of cross-save games, pretty likely - this will only be doable once. This obviously wouldn’t allow for true cross-platform multiplayer, but it would make it much easier to play with your friends.

The source is a piecemeal but convincing image simply reading “cross save,” which was likely taken from a larger graphic. This turned up less than a day afterthe datamining of Destiny 2’s next expansion, Shadowkeep, which will reportedly take players back to the moon from the original Destiny. This suggests Bungie is gearing up to announce Shadowkeep and cross-save support - and potentially a few other things - tomorrow, June 6, during the heavily teased live stream on “the next chapter of Destiny 2.”

People have speculated that Destiny 2 - and, by extension, Destiny 3 - could add cross-save support ever since Bungie split with Activision earlier this year. The thinking is that an independent studio will have an easier time convincing platform holders to play nice, or at least an easier time than a studio tied to a publisher as large as Activision, which undoubtedly played a part in negotiating Destiny and Destiny 2’s PS4-exclusive content. Now that Bungie’s an island, it should be able to set its own boundaries. I’m sure it’s not that simple, but assuming cross-save is indeed on the way, Bungie’s newfound independence may well have played a part in it.

In any case, cross-save would work wonders for Destiny 2, so beyond legitimate, I hope the feature is coming soon - before or around this fall, ideally, especially if the Shadowkeep leak is accurate. Fingers crossed for June 6.

Another rumor suggests Bungie will announce a new annual pass soon , possibly with Shadowkeep kicking it off.