Bungie will reveal what comes next for Destiny 2 via a special livestream event.

Bungie has announced they will host a livestream event on June 6 at 10 AM PDT that will “reveal the next chapter of Destiny 2 .” this is most likely related to Bungie removing Activision’s Destiny 2 's Battle.net credits as the developer teases a new era for the popular - but often controversial - multiplayer shooter.

“Right now, our focus is on Opulence,” writes Bungie’s Deej on the company’s blog. “But after the Season has launched and Raid belts have been awarded, we’ll be looking deeper into the future, and sharing with you more about a new era for Bungie and Destiny 2 .”

Bungie doesn’t actually confirm dropping Activision from Destiny 2 's creditsin the blog (that was spotted by various users). Instead, they focus on the game’s upcoming Opulence seasonal update which includes a new raid and other notable content. However, they don’t have to reference the fact that Bungie is now listed as the publisher and developer of Destiny 2 in order to send a clear message that Opulence will be the last Destiny 2 update of the “Activision era.”

What comes next, though? We’ve taken a stab at answering that question in the past, but it’s certainly a complicated situation. On a practical level, it seems likely that Destiny 2 will soon be available on other PC platforms other than Battle.net. Given the nature of the Activision/Bungie situation, we doubt that Bungie would do something like make Destiny 2 an Epic Store exclusive, but that possibility always exists.

Content-wise, it’s hard to think about what Destiny 2 will look like after the Activision split is finalized. We don’t imagine there will be immediate sweeping changes, but it seems likely that Bungie will release some notable update to mark the occasion. Beyond that, it’s expected that Bungie will focus on more meaningful updates to Destiny 2 rather than trying to fulfill the kind of content quotas that they implied were being imposed by Activision.

While we don’t imagine that Bungie would be so bold as to push the release of Destiny 3 in an effort to have a Destiny game completely free of the Activision name, there are really no guarantees at this point as it concerns this new era of Destiny . 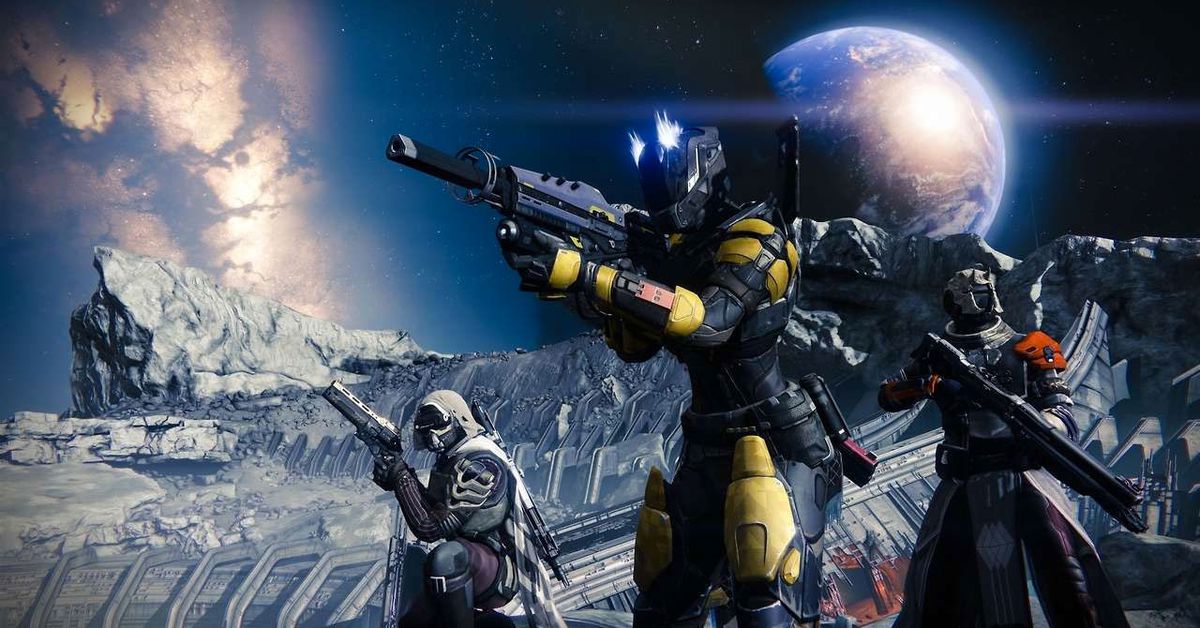 Next Destiny 2 expansion is Shadowkeep, set on the moon

Back to the moon we go

@valiantvictory is slow. I beat him here.

Back to the moon we go

But is there a Wizard?

Bungie is hosting a Destiny 2 stream today at 10AM Pacific / 1PM Eastern to reveal the next expansion and their plans for the game going forward, but Engadget accidentally put their news article up early. I don’t want to just copy and paste the whole article, so here’s a summary:

This should all be officially announced in a few hours.