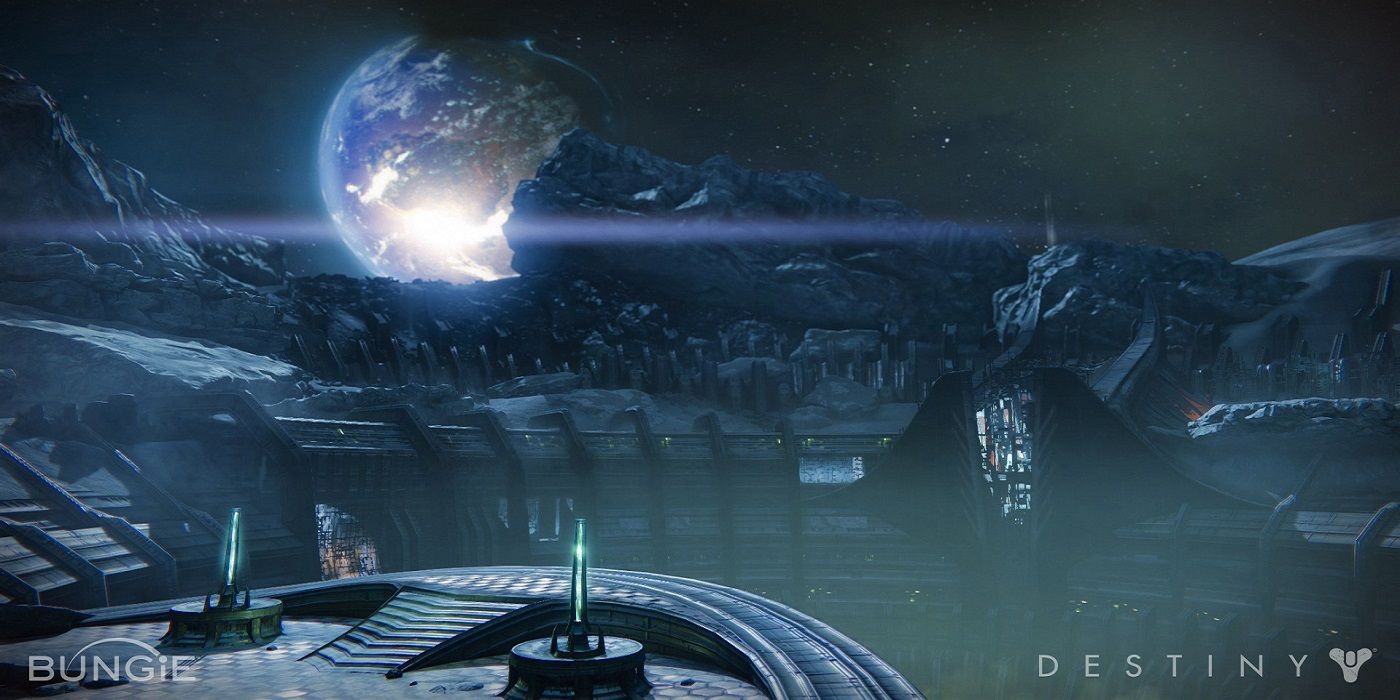 With the Moon set to return as the primary location in Destiny 2: Shadowkeep, here are five interesting facts about the destination.

Following its very public split with Activision, Bungie has already made waves with its announcements and plans for where it’s taking the Destiny franchise. In addition to a free to play version and cross saving being added, the studio’s biggest announcement was the upcoming Destiny 2 expansion, Shadowkeep .

image.jpg798×407 107 KB
The first expansion to be solely created by Bungie, it takes players back to the Moon to fight a growing Hive menace. However, the Moon has seemingly evolved from what players previously experience in the previous game. The destination is now doubled in size and looks to feature plenty of secrets and puzzles to solve. The zone also has a massive Hive fortress and previous trailers seem to hint at shadow versions of past bosses as well as fallen guardians.

So in celebration of Destiny 2 players heading back to the Moon starting on October 1, here are some lesser known and sometimes weird facts about the destination in Destiny lore.

Originally believed to be the first human outpost of the Golden Age, the Moon served as an outpost that supported countless human colony’s across the solar system. Primarily responsible for sending supplies and other vital resources out, the Moon contained a thriving human colony spread over a number of interconnected bases across the surface.

It gave us gifts that transformed the solar system and the nature of human life. It ushered in the Golden Age, a time of miracles. But it never shared its deepest secrets.

Unfortunately, the dominance spurred on by The Traveler faded with the collapse of the Golden Age and arrival of The Darkness. Players got a taste of this downfall in the first Destiny where the destination was marked with broken structures, old equipment left behind from Humanity’s quick retreat, and even half buried space suits. This space wouldn’t be abandoned for long as a new enemy quickly took over.

Arguably the most defining feature of Destiny’s version of the Moon is the area known as The Hellmouth. Following Humanity’s collapse, Oryx’s son Crota led a Hive contingent to the Earth’s Moon in order to find the Traveler and its light. Not finding what they were looking for, they began hollowing it out to create a massive underground fortress which came to be known as The Hellmouth. From this staging ground, the Hive sent seeder ships to Earth where they intended to fully colonize the planet and prompted the Vanguard to take action against the faction.

What we faced on the Moon now looks to take the Earth. And none will survive if they succeed.

The location itself is accessible from the patrol zone and appears to be a massive gaping hole with a small platform extending out over the middle of it. Longtime players will remember the winding tunnels and caves leading to many famous (or infamous) locations like the Summoning Pits, Shrine of Oryx, and the Raid areas like the Oversoul Throne. It’s unknown currently which specific areas are making a comeback in Destiny 2: Shadowkeep , but the Hellmouth is so iconic that it’s definitely a safe bet for a return.

With the Hive now a growing threat, conflict was on the horizon. The faction was first contacted by Rezyl Azzir, also known to many as Dredgen Yor, famous for his hand cannon, Thorn. After witnessing the danger of this faction and winning a close battle known as the Battle of Burning Lake, the Vanguard organized a massive invasion force to completely wrest control of the Moon from the Hive.

Unfortunately for Lord Shaxx, Cayde-6, and the rest of the force, they quickly realized they had underestimated the Hive. Their army was led by Crota, a foe never before encountered by Guardians, who soon found that he was able to devour their light. The Vanguard force took massive losses and eventually retreated. One good thing to come from this event is that the exotic machine gun Thunderlord was first crafted, though it ultimately could not swing the tide in the Vanguard’s favor.

Effective immediately we declare the existence of an interdiction on the Moon and cis-Lunar space. Guardians operating in this interdict will receive no formal support from the Vanguard or from assets of the City. We urge Guardians to exhibit the greatest care and consideration in approaching the interdicted space.

This catastrophic event went on to be known as The Great Disaster, leading the Moon was classified as a Forbidden Zone. However, the memories of that event continued to be a strong motivator for some guardians to seek revenge.

Alongside the Moon, the mysterious Eris Morn is also making a return to the franchise following her inclusion in the first game. For many newer players, Eris and her Fireteam’s activity on the Moon set up a lot of the conflicts players were able to experience as well as some of the items and weapons they acquired over the course of both games.

image.jpg738×369 91.1 KB
Originally a Hunter, Eris joined an ill-fated fireteam led by the Warlock Eriana-3 to assassinate Crota following The Great Disaster. Although the mission started strong, the deeper the team went, the more overwhelmed they became. The plan ultimately failed as each guardian had their light drained as they were killed one by one. The worst casualty belonged to the Hunter, Omar Agah, who was captured by the Heart of Crota and used Hive magic to slowly and painfully extract his light from his body before being killed. Eris managed to be the only survivor, though she was now lost in the depths of the Hellmouth. Worse yet, she eventually lost her eyes eyes to the Hive, though she returned the favor by stealing the eyes from an enemy, which now gives her that unnerving third eye appearance. She also started to use the enemy’s tactics against them, including using Weapons of Sorrow like Thorn.

Robbed of her Ghost, Eris remained lost among the darkest shadows of the Hellmouth for countless cycles. Despite all odds she endured, using the very dark she battled to emerge a changed warrior—driven, some would say obsessed. The Speaker and Commander Zavala find her compulsions a sickness, convinced she has been fully seduced by the shadows.

Over the years trapped in the Hellmouth, Eris had come to learn much about the Hive, eventually escaping and finding her way back to the Tower. While distrusted by some in the Vanguard, Eris has become a key ally to Ikora Rey as one of her Hidden. Despite losing her friends, the light, and her Ghost, she continued to obsess over Crota and the Moon and assisted players on activities there before leaving the city for good prior to the Red War and events in Destiny 2 .

Following the defeat of Crota, Oryx, and the Hive in the very first Destiny , the Moon underwent a few changes. A small group of Guardians remained on the Moon to continue efforts in keeping the Hive population low. While the Moon became their permanent residence, the Red Legion’s attack on The Travelerresulted in this group losing access to their light, like Guardians everywhere.

That loss of light as well as the arrival of Drifter and his Gambit further reduced the Guardian presence on the frontier. Without that oversight, the Hive began rebuilding now aided by the Darkness. This activity triggered visions within Eris Morn, who returned to the Moon and accidentally unleashed a new evil beneath the surface. This new rising threat has supposedly resurrected old enemies from the player’s past, forcing Eris to contact the Vanguard once more for help and leading to the events of the Shadowkeep expansion.

Rumor has it the Hive are working on a Death spell or more of a resurrect spell and your guardian will use it to bring back Cayde-6.

previous trailers seem to hint at shadow versions of past bosses as well as fallen guardians.

Rumor has it the Hive are working on a Death spell or more of a resurrect spell and your guardian will use it to bring back Cayde-6.

how much would the community pay to have Nathan Fillian voice our ghost?

That sounds like an awful idea. Just like having Nolan North voice Cayde-6 for his final appearance.