Anyone running a Dash Cam? The kids bought me one for Christmas and I (Destroyer) installed it a few weeks ago. Pretty cool. My commute is short but pretty crazy. I am a very careful driver so I use it in case there is a dispute in a crash. Our daughter was hit by a UPS truck and the police officer didn’t cite him because (he was union too) the driver said he used his signal to turn right from the left hand lane and that makes it legal. Bullshit. He was driving the small truck not the tractor trailer. Anyway no one received a ticket but she had to pay the deductible and got a ding on the insurance.

I have a VanTrue N1 Pro. Very inexpensive but it has really good reviews. The video is amazing day or night.

If you are running one what are you running?

I have one.
Would have to check the model/brand as I don’t remember.

Been using it for a year or so.

Only thing is that the memory card isn’t huge and although I used to transfer off the files and then clear it, now I just format the card after every trip instead through the in-built UI.

I’ve got a Spytec A119 that has been working great. I even captured what I think was a bursting meteorite.

I even captured what I think was a bursting meteorite.

That was me after Taco Bell, sorry about that

Here is the movie with the possible meteorite at night and a day time shot. 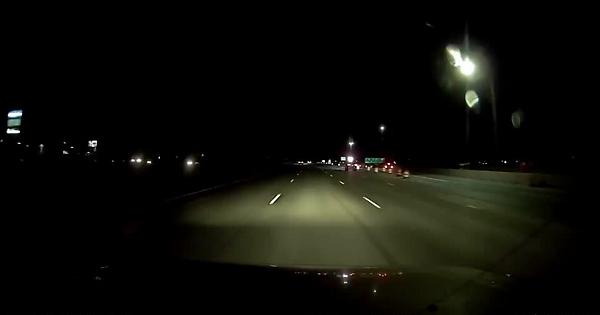 I’ve been eyeing the Garmin Speak

I looked at the Garmin because of the alerts but it was pretty expensive. Might upgrade later.

@Grex has an under the dash cam in his IROC-Z. Live streams daily but it’ll cost you.

I’ll stick to the mirrors on the tips of my shoes.

Everyone is to into their gadgets to notice.

I’ve been wanting one for awhile. There’s a version that has a forward and rear facing camera to capture both ends of the vehicle and has the ability to track speed. Wish I had it for my accident in December, but at least the dumb ass I hit admitted his fault.

I’ve had one on my Amazon wish list for over a year now, I’ll eventually pull the trigger.