I actually saw a Reddit thread about this the other day, it was an AMA from the developers. Sounded kind of interesting, though I have little stomach for horror titles myself…
(link at the bottom for the AMA).

Last month, Darkwood developer Acid Wizard Studio released out a live-action trailer to announce that the top-down survival-horror game would finally be released on August 17. Joe said at the time that live-action promos for videogames don’t really turn his crank, and I agree—but the new trailer released to mark the game’s launch is pure gameplay, and it looks fantastic.

On the surface, Darkwood sounds like a fairly straightforward survival-horror experience. By day, you’ll scavenge the open-world forest for materials and supplies, and at night you’ll need to hide away from “the horrors that lurk in the dark.” But it’s the promise of something more sinister underneath it all that really appeals: Making decisions that impact the world and inhabitants of Darkwood, while trying to come to grips with its mysteries.

The top-down gameplay in the trailer isn’t frightening in the way that first-person games typically are—the developers make a point of describing it as “survival horror without jump scares”—but it’s undeniably creepy. The lighting is great, and the audio is used to tremendous effect to help drive the trailer to its crescendo. And it’s so damn weird—A “wolfman” isn’t the most exotic creature ever to appear in a videogame, but one dressed in a hoodie and heavy jacket, with an AK slung over his shoulder? That, you don’t see every day.

Darkwood is available on Steam and GOG for ten percent off its regular $15/£12/€14 price until August 24. 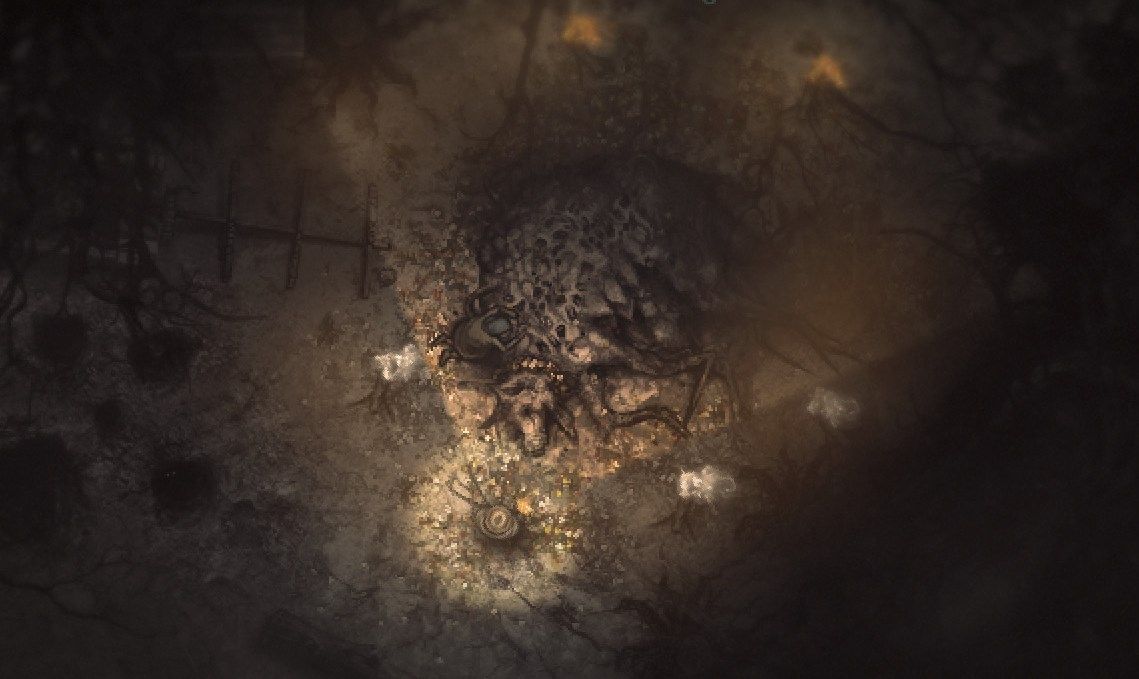 Darkwood, the top-down horror game, rolls out with a creepy new gameplay trailer

Don't trust anyone—especially not the wolfman with the machine gun. We're afraid to play horror games, so we quit our jobs and made one, with no...

**EDIT** **Wow!** We did NOT expect such a response. You guys are AMAZING! It's been really fun answering your questions, but we have to call it...