Daredevil chat, (may contain spoilers, but not by me)

I am over half way through the second season and it is really good. They did a great job introducing the Punisher and Elektra. Shane from TWD as the Punisher and the newcomer playing Elektra, who actually has a black belt in karate.

Just wrapped up the season. Started off really good and sort of went off the rails towards the end. They introduced too many subplots that took away from the whole season. Nabu as the big bad was boring and just a repeat of last year.

They truly fucked up when they took an iconic part of the Daredevil comics and cheapened it.

[spoiler]Bullseye is the one to kill Elektra. Not some low rent ninja wannabe! Hell, I even own this issue. I did not like how the show handled this at all.

I finally started it last night and I am a few episodes into it. I like it so far, but it hasn’t drawn me in like the first season.

Just started last night, got through the first 3 eps. I like how they wrote the punisher… I don’t care for the actor, there is a few times where he slips into that Georgian accent he had in TWD, so I just see shane, and it kills it for me.

Kinda bummed the killed off Electra so quick. But we know she will be back. Yeah bullseye kills her in the comic but I doubt they will bring that character into the show. Kingpin is still boss. He will be a big character next season I think.

Finished this out last night. I am on the fence with it. I loved the first season, and this one was meh in a lot of places, tho I wanted to like it more. I thought the fight scenes were great, but it looked like daredevil put on a little weight in the face this season.

I’m hoping the grittiness comes back next year and leaves a little of the HS drama out of it. I do like the crossovers with Jessica Jones and Luke Cage that was brought up a few times in season. That and a mention of the avengers here and there in both shows. Could be a cool little Netflix franchise going. Look forward to the defenders get together with punisher added in here and there.

I just started this show…yeah, yeah late to the party. But, I like how it’s so much more graphic and darker then other Marvel shows I’ve watched so far. I have 3 ep. Left in season 1 and am really liking it. Although I would’ve liked to see more Rosario Dawson.

I liked this and Jessica Jones, both were great. Power Man was just bad. Boring story, terrible villians, they wasted that one. I’m looking forward to Iron Fist.

Really? I thought season 2 had something that was lacking. Loved season 1, season 2 was good just not up to par.

Jessica Jones was good and I got thru 4 episodes of Luke Cage but never finished.

Dat hallway fight in season one tho.

Probably one of the best fight scenes ever.

Agreed! They did the same in season 2, but it wasn’t as good. You kinda knew it was coming, and it was cool, just not as good.

Marvel and Netflix Have Canceled Daredevil

The show that kicked off Marvel and Netflix’s ambitious series of interconnected superhero shows has come to an untimely end.

And this is why I don’t watch shit anymore. Most shows are canceled before there is a ending and then they make up some BS to end the show. No reason to invest my time in a show when I can play a video game that probably has a better story, an ending, and is interactive and makes me use my brain.

I thought this ended in a decent place. Most everything was wrapped up.

I think this has more to do with Marvel and Disney wanting their content for their upcoming streaming service. I’d expect to see Jessica Jones and Punisher follow this cancellation trend once they finish their next season.

It was more a general rant. Most of the shows I watch have been canceled or ruined like TWD. No reason to invest my time in them when I can get enjoyment else where. 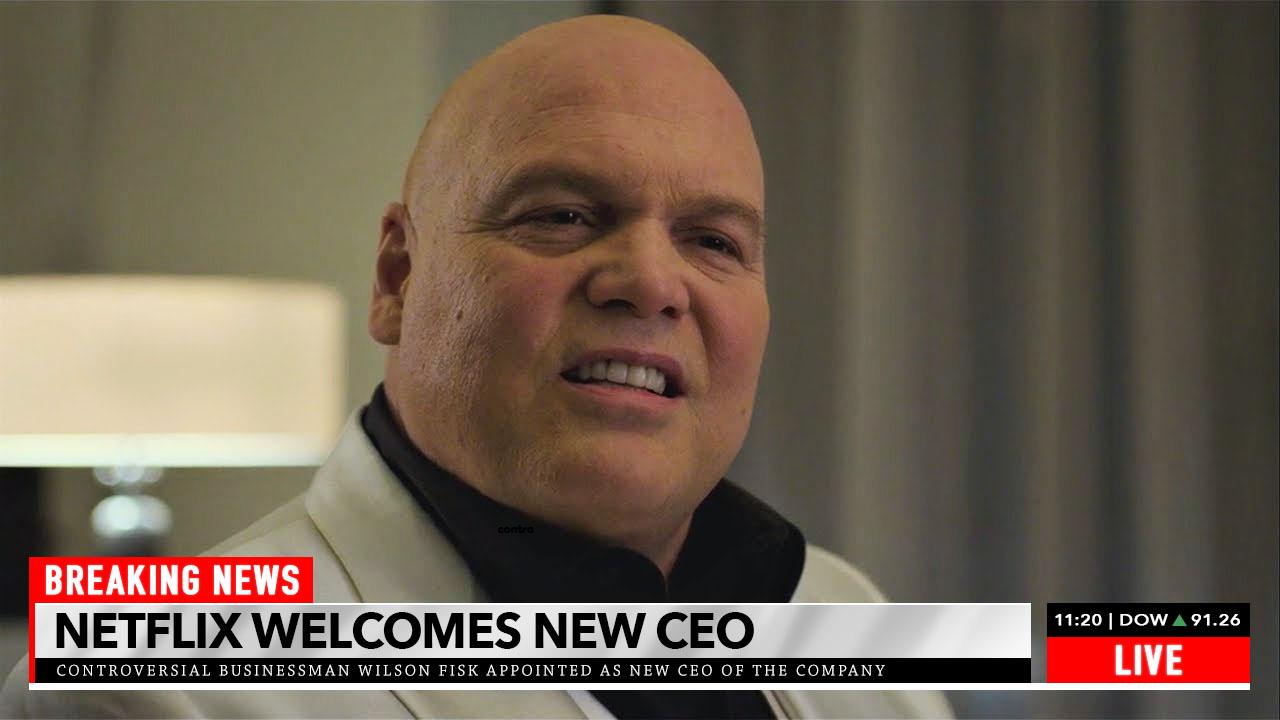 On the bright side, maybe they can replace them with more Netflix original subtitled foreign shows.