Black Ops Cold War is set for a mid-season update, with Season 3 Reloaded bringing with it new maps, a new battle royale mode on the Ural Mountains, and new weapons.

Cold War and Warzone Season 3 will soon be receiving its Reloaded update, likely bringing significant balance updates, new maps, modes, and weapons. It’s also recently confirmed that Season 3 of Cold War and Warzone will be getting novelty Operators in the form of 80s action stars John Rambo and John McClane.

Call of Duty’s Reloaded update is commonly referred to as the midseason update because they occur roughly halfway through the Season. Call of Duty’s confirmation of the ‘ 80s Action Heroes ‘ event has given us the release date for the update.

We now know that the Season 3 update will occur on Thursday, May 20 , and will bring a ton of new content.

The update will roll out ahead of time on May 18 at 9PM PT / 12AM ET on May 19 . Players on PlayStation can pre-load the update before the update goes live, with the update coming in at 11GB on PS5 and 7GB on PS4.

The launch of Cold War Season 3 brought Yamantau and Diesel to the game, but two more maps will be arriving during the season. Standoff and Duga were confirmed to arrive “in season,” so the most likely time for these maps to arrive is in the Season 3 Reloaded update.

Standoff, the classic Black Ops 2 map, has arrived in Verdansk ’84’s Farmland in Warzone, and it will also be making its way to Cold War. This map has long been favored by competitive and casual players alike, so will be a welcome addition to Season 3.

Duga is the latest area of the Ural Mountains to open up, featuring an Array similar to the one in Verdansk ’84. This map has been available to Outbreak players since the start of the season but will hit Multi-Team modes mid-season, likely for Season 3 Reloaded. This map should also arrive with the debut of the new Multi-Team Elimination battle royale mode.

Cold War Season 3’s roadmap teased a midseason event set to arrive with the Reloaded update. We’ve finally got confirmation on what this will entail, so here’s everything we know so far.

Black Ops Cold War, Warzone, and CoD: Mobile will host an ’80s Action Heroes’ crossover event, with stars from the biggest action movies of the 1980s making their way to the games.

Other than Rambo and John McClane arriving as Operators, we only know that there will be limited-time modes and rewards as teased in the roadmap.

Players have speculated that Activision could add more in the future, such as characters from Terminator, the A-Team, and Predator.

Following on from the success of Warzone, and the battle royale genre in general, Cold War is set to receive its own smaller-scale BR. Multi-Team Elimination is set to arrive during Season 3, and as this is a significantly new mode, it’s most likely to arrive for Season 3 Reloaded.

Played on the Fireteam maps, commonly referred to as the Ural Mountains, this is essentially a battle royale that’s specifically for Cold War and played on the Black Ops engine.

Six weapons revealed for Cold War Season 3, with three of them launching at the start of the Season. The Swiss K31, PPSH-41, and Ballistic Knife are already available, and the CARV.2 Tactical Rifle has now arrived.

This leaves only the Baseball Bat and the AMP63 Pistol to arrive in Season 3. The Baseball Bat will likely be a formidable weapon, but best suited for cracking the skulls of the undead in Zombies. The AMP63 is a full-auto Pistol expected to be dominant at close range, especially if it includes the Akimbo option like the Warzone’s controversial Sykov Pistol.

No release date has been announced for these weapons, but it’s probable that one or both will arrive with Season 3 Reloaded.

Treyarch have teased a ton of weapon balance changes for Cold War Season 3’s Reloaded update. They have confirmed “adjustments for all Sniper Rifles, Assault Rifles, LMGs, and pistols.”

Players have been desperate to see flinch added to Cold War snipers, so they are hoping this patch will make this change, but Treyarch confirmed that we’ll need to wait for the patch notes for all of the info.

Treyarch have also teased some more content for Zombies players to sink their teeth into. While details are cryptic so far, many players have speculated that fan-favorite Zombies character Richtofen will be arriving in the game in some capacity. 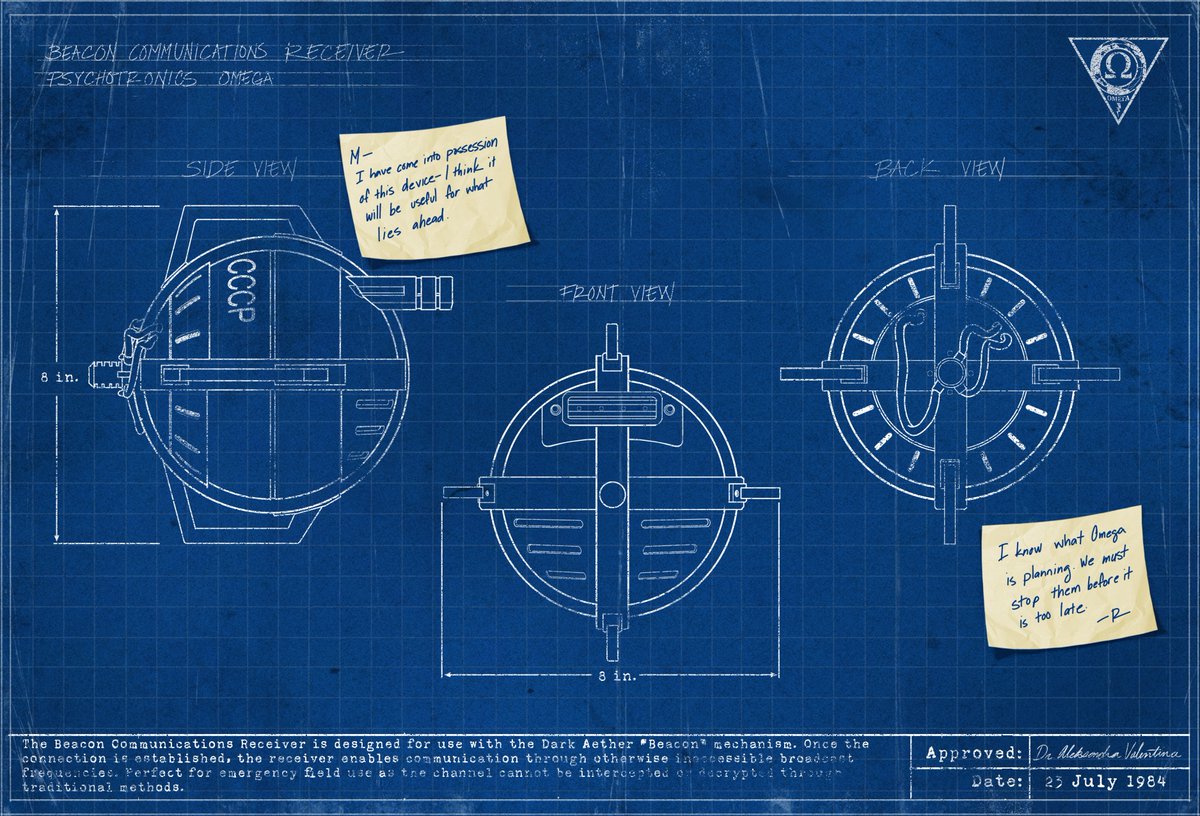 Treyarch tweeted out a blueprint for a ‘Beacon Communications Receiver’ with Post-It notes stuck to it. These notes are signed ‘M’ and ‘R’ – M likely for Samantha Maxis, and many have theorized that R is for Richtofen.

The Zombies developer followed up the cryptic teases with a blog post on May 14, 2021 that gave the community an overview of the exciting content that will be coming with the mid-season update for Black Ops Cold War Season 3 Reloaded.

Starting on May 20, 2021, the first main quest will be added to Outbreak for players to experience that will continue the Dark Aether storyline. 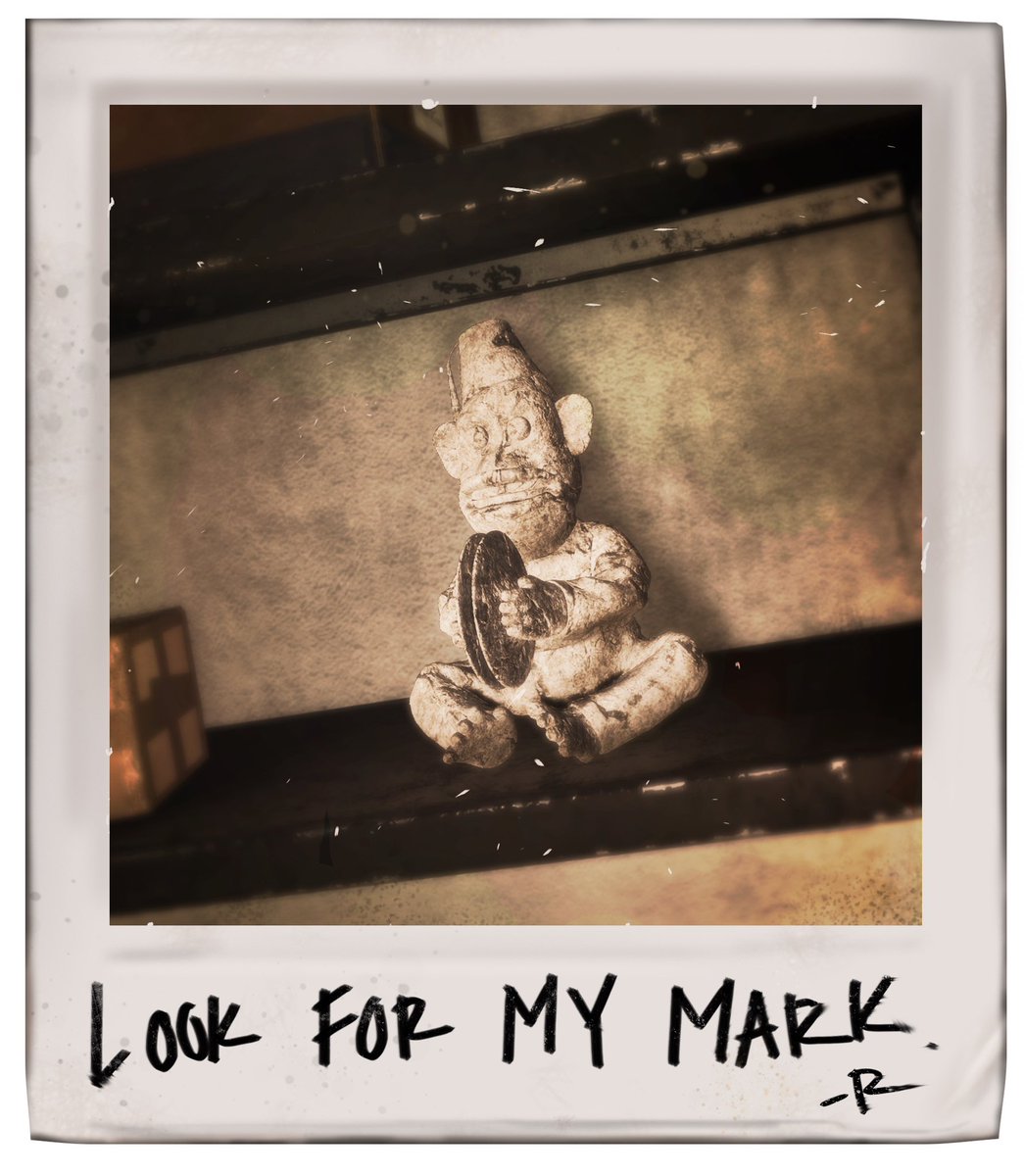 A new Outbreak world encounter will also be added to the popular Zombies game mode, where players will have to deal with the Firebase Z boss, Orda. Treyarch also revealed that a fishing feature would be coming to Outbreak.

New Intel Documents, Audio Logs, Radio Transmissions, and Artifacts will also become available for players to discover in addition of the following weapons to the Mystery Box:

Players will also be able to bring custom Blueprints into Zombies through the new Apply Blueprint feature that will allow them to “create multiple configurations for every weapon in the game and apply your Custom Mods to all weapons found in a game session.” 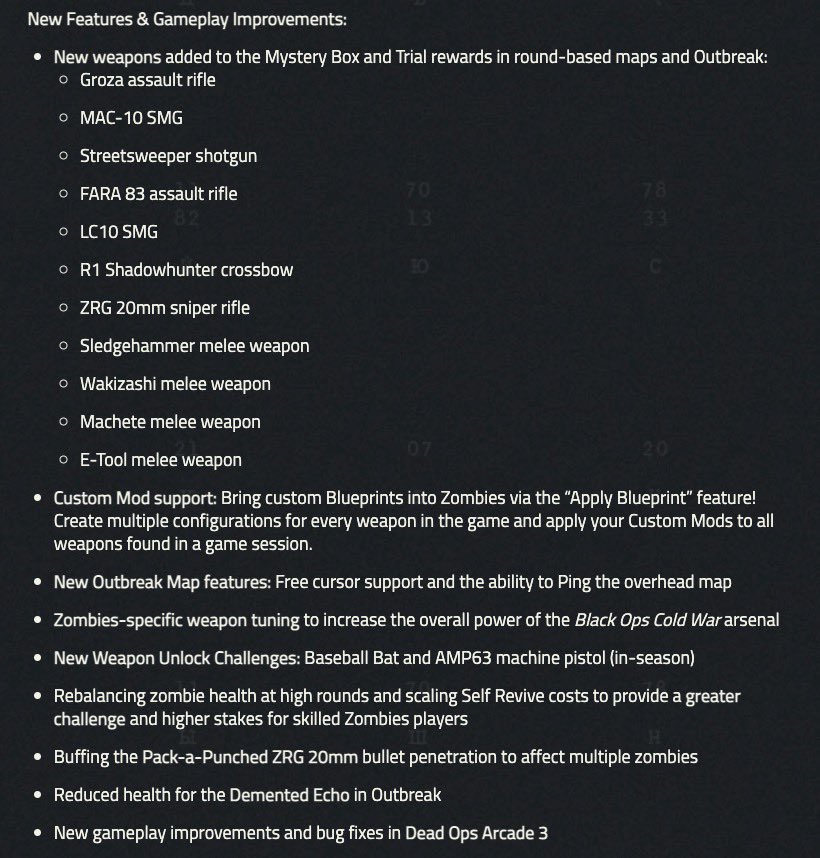 The developer also stated that most of the weapons available in Zombies would be receiving some form of a buff that will be mostly in the form of significantly increased critical damage multipliers.

A couple of weapons will also have their power ceiling adjusted slightly to ensure every weapon is viable, while some weapons will have tweaks made to their magazine size, stock ammo, and damage for their pack-a-punched versions.

According to Treyarch, more detailed information regarding the above changes will be revealed in the official Black Ops Cold War Season 3 Reloaded update patch notes that will be released on May 20.

That’s everything we know about Cold War Season 3 Reloaded! As more information gets revealed, such as more info on the event, patch notes, and update sizes, we’ll be the first to let you know.

Pay to win XM4 in Warzone?