Today’s quick update brings some new stability improvements to Double Agent, gameplay updates and stability fixes for Zombies, plus more details on some quality-of-life updates introduced in our previous update (see below). These include the reduction of the LT53 Kazimir’s Salvage cost in Zombies, the ability to disable Pack-a-Punch camo application, and Custom Mod support for Launchers, Special weapons, and Melee weapons.

We’ve corrected one change that slipped through the cracks with last week’s round of weapon tuning: reducing the Bullet Velocity penalty on the Agency Suppressor attachment on assault rifles from -30% to -15%. That’s fixed today.

There’s also a little something we added to “Mauer der Toten” last week that still hasn’t been discovered. Nothing crazy! Just a bit of fun. Let us know on Twitter when you think you’ve found it

Ready for another new weapon in Season Five? How about a badass shotgun-pistol hybrid that can set your enemies on fire?

Starting today, you can get your hands on the new Marshal secondary weapon via in-game challenge or Store Bundle. We’ve been having a blast with this beauty in development, and it’s especially savage when dual-wielded in Zombies. Have fun!

@CallofDuty
We are expecting a hot drop zone for the #BattleofVerdansk. Get into #Warzone from 9:30am PT on 8/19 for some target practice and earn Double XP, Double Weapon XP, and Double Battle Pass XP. https://t.co/qjtO9eAPnq 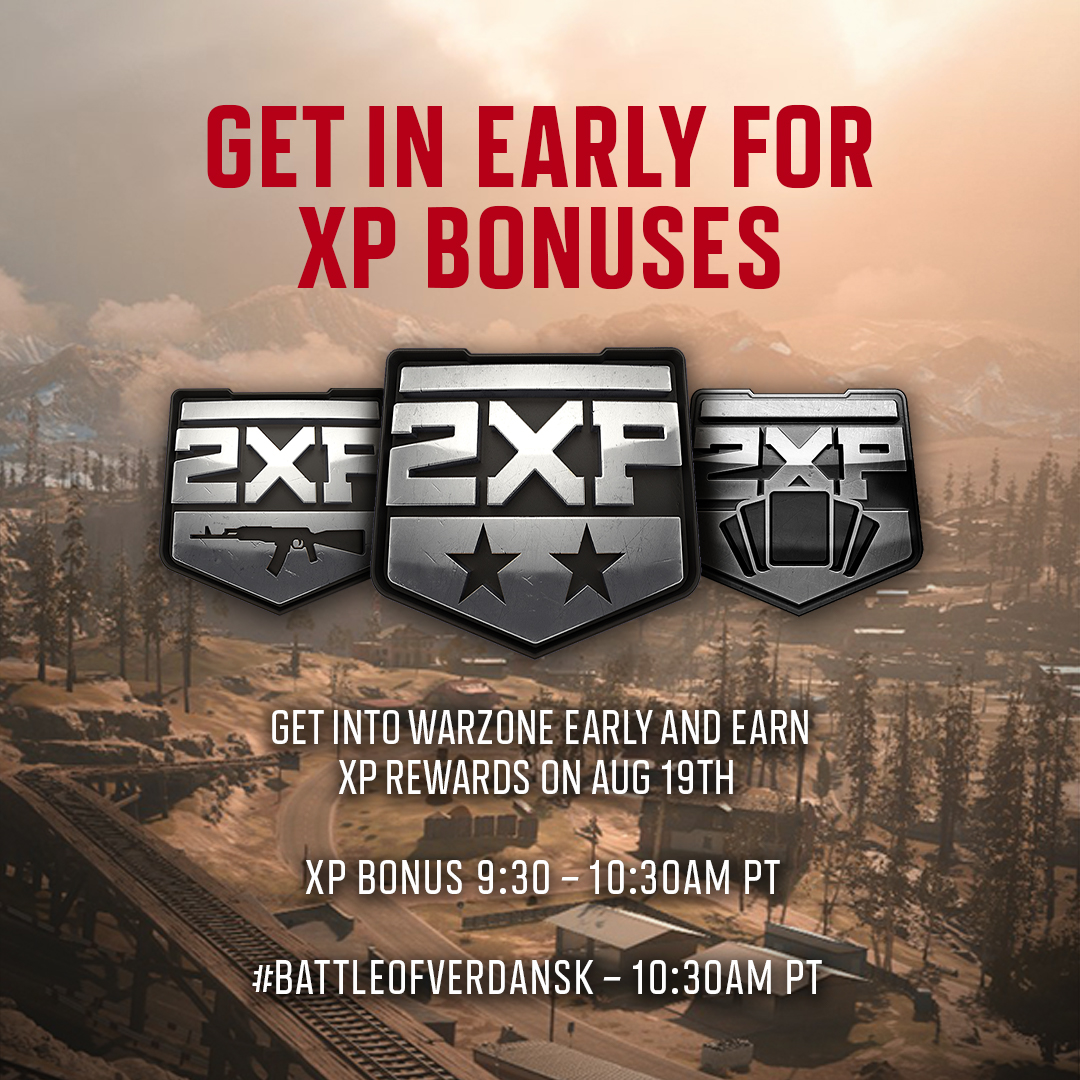