Treyarch has released the latest game settings update for Call of Duty: Black Ops Cold War on all platforms on April 8.

This update has added in the Gunfight Tournaments feature to Black Ops Cold War, allowing players to go up against another duo in a bracket all operated by the game.

Double XP is now live in Black Ops Cold War MP, Zombies, and League Play. It will end on Monday, April 12 at 10AM PT. Treyarch says that Double XP will be live in Warzone from April 10 through April 12.

Treyarch has not mentioned when to expect Gunsmith Customs or the new Operator Rivas. Both were listed as coming this week, so stay tuned for updates.

This week’s Featured Playlists see the debut of the Season Two Reloaded edition of Gunfight Blueprints , offering a new collection of the latest Weapon Blueprints to try out in 2v2 on our most frenetic maps, including the latest addition to the map rotation, Mansion.

Throwback Moshpit also makes its return in Multiplayer, offering a fast-paced mix of TDM, Domination, Kill Confirmed, and Hardpoint on some of the most classic maps in the Black Ops series: Raid, Express, and Nuketown. For all those old-school players looking for a good time this weekend, we got you… along with four straight days of Double XP. 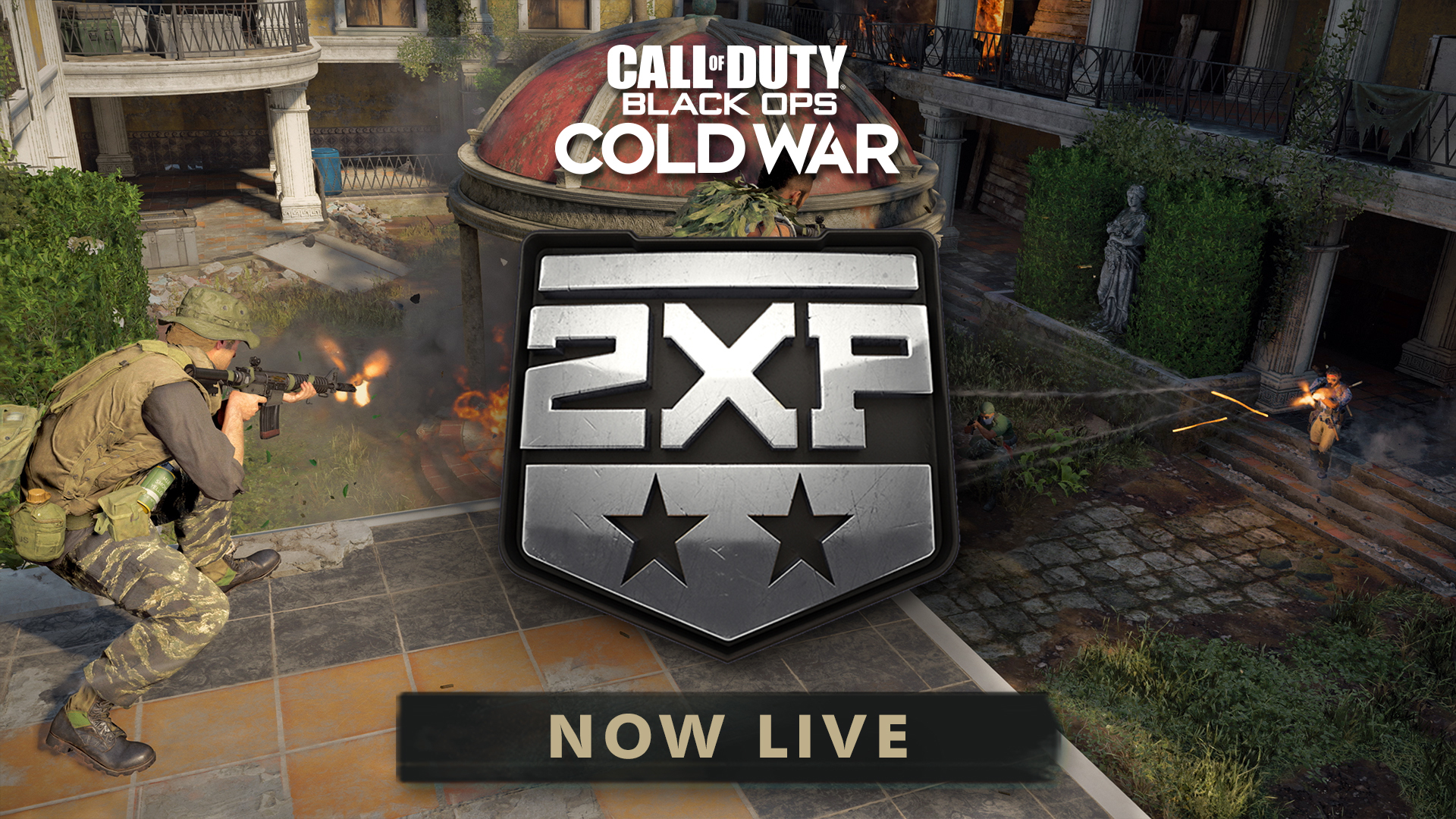 Our four-day Double XP Weekend has begun in Black Ops Cold War , live now through 10AM PT Monday, April 12th! Season Three will be here before you know it, so make sure to hit that next Prestige Level before the next season’s Prestige journey kicks off. Note: Double XP will also be available in Warzone 10AM PT April 10th-12th.

We’ve also implemented some additional gameplay updates for Control in MP and Dead Ops Arcade 3 in Zombies. Here’s a look at what’s new in today’s update: