CoD 2021: Games insider claims Modern Warfare 2 multiplayer remasted will be the only multiplayer CoD released in 2021

With all the recent hype surrounding CoD 2021, it seems fitting that we now have new rumors from a games insider that Modern Warfare 2 multiplayer remastered will be the only multiplayer CoD in 2021.

During this current time of the year, gamers and fans of the CoD series can generally expect news and rumors to surface around the franchise’s upcoming installment.

Although we don’t have official news, we have had confirmation from Activision that we will see a new, next-gen CoD game in 2021, and Sledgehammer Games will work on it.

In recent years, Activision has had great success with Modern Warfare 2019, Warzone, and Black Ops Cold War, with more players playing CoD than ever.

Even Black Ops Cold War’s integration into Warzone was received very well by the community, making Warzone an even bigger success than it already was, standing as one of the most popular free-to-play battle royales in the industry.

However, rumors have surfaced revealing potential plans for MW2’s multiplayer to be remastered along with CoD 2021, much like Infinite Warfare and the original Modern Warfare’s dual release in 2016.

Jeff Grubb says he has heard that CoD 2021 will not have a multiplayer experience, as MW2 multiplayer remastered will be releasing along with it.

Disclaimer: He says these are just things he’s heard but he’s not announcing anything. 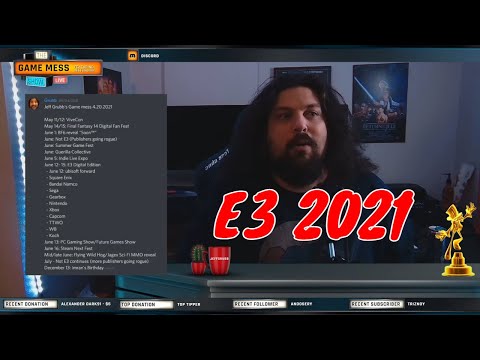 Although this is not official and should be taken with a grain of salt, it would make a lot of sense, especially as we saw MW2’s campaign remastered back in March 2020. This only left fans hungry for the extremely popular MW2 multiplayer, which is definitely a cult classic among the community.

Further, it would make even more sense for Warzone, as they could easily integrate MW2 weapons, characters, and story into the free-to-play battle royale.

It’s possible the decision was made because of Warzone’s success. Perhaps Activision has decided to focus on Warzone as their multiplayer experience, giving those hungry for a classic CoD campaign what they want with CoD 2021 while continuing their multiplayer success with Warzone.

Maybe the lack of players on Black Ops Cold War was also a deciding factor, as it seems Warzone has taken over the CoD multiplayer experience, with more players on the battle royale rather than the classic CoD multiplayer.

This would definitely be a first for the Call of Duty franchise, releasing one of its annual games without a multiplayer extension. However, it would be great to have MW2’s multiplayer remastered, and we’re certainly not opposed to seeing it happen.