It has been confirmed that Call of Duty will be returning to its roots, with the next title being dubbed “Call of Duty WW2“.

This information originates from sources at Eurogamer, who have confirmed that the next Call of Duty will indeed be called “Call of Duty WW2“, and developed by Sledgehammer Games. This will be the first time Call of Duty returns to its WW2 roots since Call of Duty: World at War, which released back in 2008.

This story first broke when it was released by channel “The Family Video Gamers” last weekend, where they showcased the box art for “Call of Duty: WW2” that they received in a mysterious email.

Call of Duty: WW2 Confirmed As Next Call of Duty Title | Beyond Entertainment

It has been confirmed that Call of Duty will be returning to its roots, with the next title being dubbed “Call of Duty WW2“. This information originates from sources at

I really liked World at War. Just hope this one lives up to it.

I don’t care what timeframe they take it from. They will still find a way to make it a fast twitchy game. 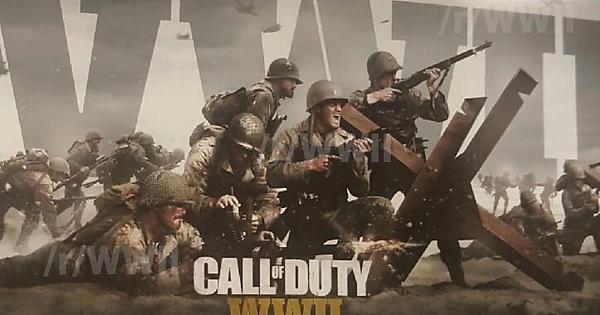 I doubt they would ever get over the speed of CoD . I really wish they would of opened up the MW1 remake to all as I wanted to see how different that is to the modern CoDs.

It’s time for them to pull a MW1 and bring something new to the table. Rework the game. They have to really rework the Net code. You can’t have a fast paced game like CoD and have lag compensation the way they do. It completely boosts players connections if they have spotty Internet. That kills a game that has a time to kill in .2 seconds.

Finally, Kill Streaks need to be dialed back some. They completely outrageous and too easy to get for a winning team. Domination is unplayable.

" Rework the game. They have to really rework the Net code. You can’t have a fast paced game like CoD and have lag compensation the way they do. It completely boosts players connections if they have spotty Internet. That kills a game that has a time to kill in .2 seconds."

So agree with this ! For me this is a bigger issue for the game than whether its futuristic with boost jump whatever they decide to throw into the game to add to the hype. This and the completely f up weapon variants that also change the balance of the game through supply drops not progression.

Ali-A claims to have leaked images of the next CoD.

This and the completely f up weapon variants that also change the balance of the game through supply drops not progression.

Not completely truempty. Yes they have a bunch in the crates, but they also have a bunch through progression too. Each mission team has a few different ones.

But, I have to agree with the lag comp BS

CoD goes back to WWII?

I want to see gameplay. I’ll know if I’ll buy it or not. Chances are it will be same old crap. The WW2 setting will be welcome. I don’t want a fast paced twitchy no scoping game play style. Not my thang.

Going back to their roots would mean a slower game with larger maps and trench warfare. I really don’t see that happening.

That would be the only way I would get it. Setting doesn’t mean a whole lot if its still just COD with a new paint job.

I’m looking forward to this. It can’t be any worse then the current games they’re putting out. I’m not to keen on a W@W remake. I enjoyed it but wasn’t thrilled about the addition of vehicles, especially the tanks. The dog killstreak was too overpowered as well.

Hope they dial back the speed a bit and the killstreaks. That killed COD for me. Hopefully we’ll see a little gameplay soon. That will be a determining factor for purchase or not. I’m still hoping they put out MW1 remaster for solo purchase. Would love to go back to COD without jump jets and wall running.

I’m thinking they may have to sweeten the pot to attract buyers. I know it won’t happen but I think they need to pull the free DLC like Titanfall did.

Yes real servers. Weapon variants the ones you have to buy in supply drops tend to be the better guns and do change the balance of the game. If people want to pay for them let them but do not make them so overpowered those who make the choice not to are out gunned. Its about the weapons changing the balance in game. If you have too many factors changing the balance it gets to be a mess as it is now compared to previous games of COD. The franchise stopped listening to gamers and hell their pros who play it constantly cant stand the game. For most of the reasons listed above. Everyone has their own take of what they used to love about the game. Greed has taken over and they have lost their way. I think there are things gamers are willing to pay for if it improves the game like real dedicated servers. Which were promised and promised they oh by the way. Recent changes have not changed it for the better

The reveal of Call of Duty: WWII (what they’re referring to it as so far) is on the 26th.

Not sure if any of this info is in the thread already, but here are some leaks. Spoilers Maybe? Probably most notable takeaway is no zombies.

Call of Duty: WWII is now officially Announced! Details inside. Activision recently announced their upcoming sequel for Call of Duty that is Call of Duty...

How Call Of Duty: WW2 Aims To Make War Personal

For Call of Duty: WWII to avoid feeling stuck in the past, it's embracing the smallest details.