From Activision launching the free to play Call of Duty: Warzone, Modern Warfare becoming the best selling Call of Duty of all time, to the release of Cold War, 2020 shaped up to be a pretty big year for the franchise.

As we head into 2021, we wanted to share our expectations and speculation around what’s to come from the Call of Duty world.

Let’s go through what we expect in 2021 from the Call of Duty world. Well of course, we all know there’s a new Call of Duty game coming in the fall. But the speculation, and mystery, around the title is which studio is developing it.

Call of Duty was on a pretty set 3 year development cycle starting in 2014 with Call of Duty: Advanced Warfare. Sledgehammer Games was added to the rotation alongside Infinity Ward and Treyarch to give the teams an extra year to release their latest Call of Duty title.

This cycle, was of course, up-ended in 2020 when Sledgehammer Games’ was no longer the lead on the title (as revealed in May 2019), and Activision put Treyarch in charge. Treyarch released Call of Duty: Black Ops Cold War in Nov. 2020 with a less than 2 year development cycle with Raven Software as the co-developer.

This leaves the big question: which team is on the 2021 Call of Duty game?

Sledgehammer Games has been rebuilding their studio extensively over the last four years in the shadows. The team lost a large portion of the employees in 2018 when Activision removed studio co-founders Glen Schofield and Michael Condrey.

SHG revealed on Twitter that they have hired over 150 new people in 2020 alone, and the team is working on multiple projects. They have been credited as a support studio for Modern Warfare, Warzone, and Black Ops Cold War. But now, it begs to ask: are they ready for the spotlight again? Is this team ready, with a full premium Call of Duty experience, for 2021? That could certainly be the case. What could their game be: Advanced Warfare 2? Vietnam War related? Future game?

The other potential possibility is Infinity Ward makes the 2021 Call of Duty in a shortened two year development cycle, but that seems a little less plausible because the team worked a lot on Call of Duty: Warzone and Modern Warfare’s post launch season, alongside Raven. It seems more likely Infinity Ward will take the 3 years to get ready, but we could be in for surprise. There’s definitely going to be new Call of Duty: Black Ops Cold War content coming throughout 2021, with new seasons with new Battle Passes and more. Treyarch has been advertising the post launch season as the ‘biggest Black Ops year yet.’

New seasons will arrive with new Battle Passes, new MP maps & modes, new Gunfight experiences, new weapons, and more for players to experience. There’s also the new Zombies maps that fans have been waiting. All of the content will be free, aside from the paid tiers of the Battle Pass & Store bundles.

Zombies fans have new map experiences to look forward to, with the Dark Aether story continuing. One of the things that’s not clear is how many new Zombies maps will release in 2021. In years past, the Season Pass (or Black Ops Pass) gave fans the number of post launch Zombies maps to expect: 4. Will 4 be the standard even with free Zombies maps? That remains yet to be seen. Call of Duty: Warzone continues to be incredibly successful for Activision with over 80 million players since its launch in March 2020.

There’ll be updated weapon rotations and balancing as Raven Software looks to balance out the Modern Warfare & Black Ops weapons together in this world.

Beyond the usual expected content, there’s also rumors suggesting a new, large map for Warzone could be coming. Back in June of this year, YouTuber TheXclusiveAce posted a video highlighting some zones of the Warzone map he got from a source. That map, which is rumored to be set in Russia (or mountains in that region), has yet to be officially confirmed.

There’s no timeframe for when this new map will debut, but there are hopes for a potential release in the first half of the year. Call of Duty: Mobile is also another successful, and now established, pillar of the Call of Duty world for Activision.

The mobile game has seen over 300 million downloads since its October 2019 launch, and recently launched in China, which will expand Activision’s Call of Duty audience significantly. Will there be new Modern Warfare get new content in 2021? Well, that’s a little up in the air.

We’re hoping to see some new Modern Warfare content throughout the year as the game still has an established fan base. Players are enjoying Modern Warfare’s mechanics and engine and continue to do so. Many fans have been upset recently over the game turning into a big advertisement for Black Ops Cold War, and have been asking Infinity Ward to bring more content.

While there’s no official announcements yet, an Infinity Ward developer on Twitter stated back in the end of November that there’s new content ready for the title, but he’s not sure when it’s set to go live.

In addition, recent data mining from the game’s files have hinted at new content for Modern Warfare. Data miners found new Store bundles for the game, including a Soap Operator Pack as well as another new Operator “Sparks.”

Data mining in the past also identified a variety of unreleased MP maps, Gunfight maps, and more, but there’s no clarity on if the studio officially plans to release those.

One of the mobile titles that could be possible is Warzone releasing on Mobile. An Activision job listing in 2020 revealed that they are hiring a team to build Warzone features and more into a mobile experience. The listing stated that they were looking for someone to “ harvest, adapt and deliver the essential features from Warzone console and PC into their best mobile instantiation. “

The job listing was removed and later replaced with the listing saying a new “Mobile FPS” title. The company has numerous job listings open for Mobile developers, so it remains to be seen if Warzone (or a potential other Call of Duty experience) for mobile will be ready in 2021.

So there you have it. This is all of what we expect to be released from the Call of Duty franchise in 2021. As always, stay tuned to CharlieIntel.com for the latest news as all of this unfolds throughout the year.

A new rumor about the upcoming Call of Duty 2021 game has surfaced which claims to leak the setting of the new title.

The newest Call of Duty title is set to be released during Q4 of this year from Activision.

Known leaker Victor_Z posted a couple of tweets overnight suggesting some details on the setting for the 2021 Call of Duty game. In his tweets, he states that the 2021 game will be set during World War II era.

His tweet included a hammer emoji, probably in reference to Sledgehammer Games as the game’s development studio, and the WWII cover art. 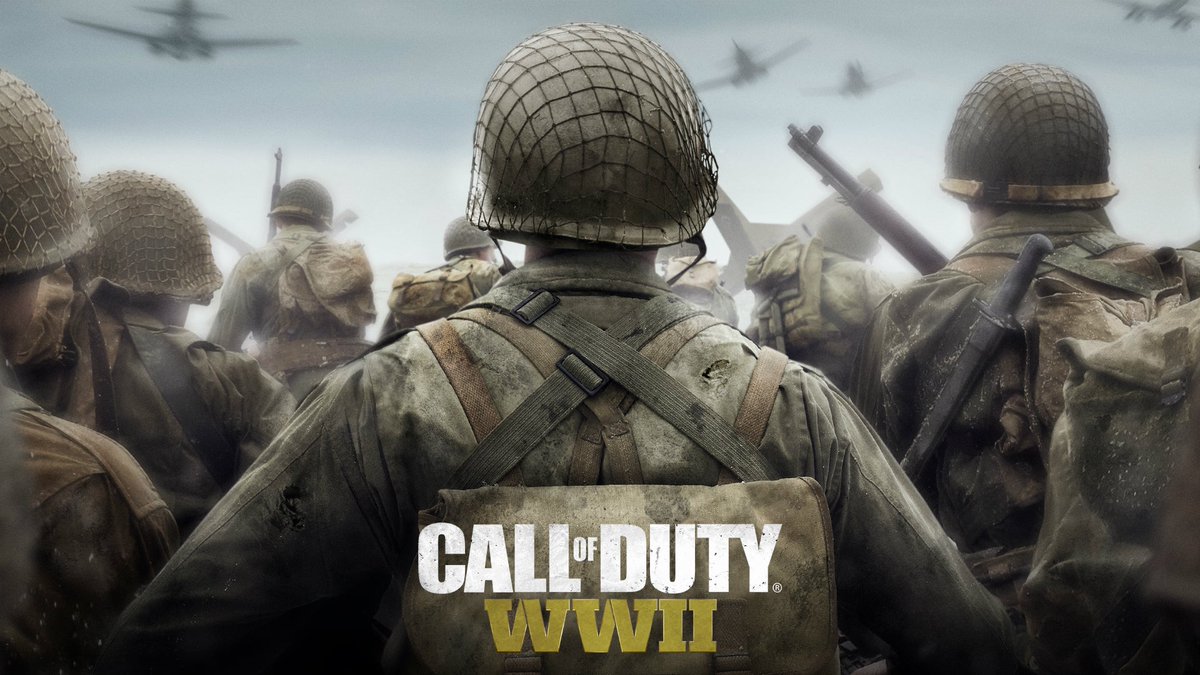 A user asked him if he meant to say that it would be ‘WW3’ style game instead, but Victor_Z responded again saying WWII.

A “WW3” game, which some people have suggested, would not make sense really seeing as ‘WW3’ style game would be similar to that of the story behind Modern Warfare franchise.

Of course, this is just a rumor for now and not confirmed by Activision, so take it with a grain of salt. However, the leak, Victor_Z has known to accurately leak information in gaming, including Call of Duty. He accurately stated that the Black Ops Cold War reveal trailer back in August would include a 10 second MP preview, amongst other information he has shared in the past.

Sledgehammer Games’ last title was Call of Duty: WWII back in 2017, which focused on the European front of the war. There’s still some moments and conflicts of WWII that can be explored by Sledgehammer Games if this rumor is in fact true.

Activision has not announced any details about the 2021 Call of Duty game. The company only just confirmed that a new ‘premium entry’ into the franchise will release in Q4 this year.