Call of Duty: Black Ops 4 gets updates on a fairly frequent basis, and this week sees the release of the latest round of new content, bug fixes, and general gameplay improvements. Both Multiplayer and Blackout get a spring influence, while Zombies gets host migration. There’s also a glimpse at content to come next week. 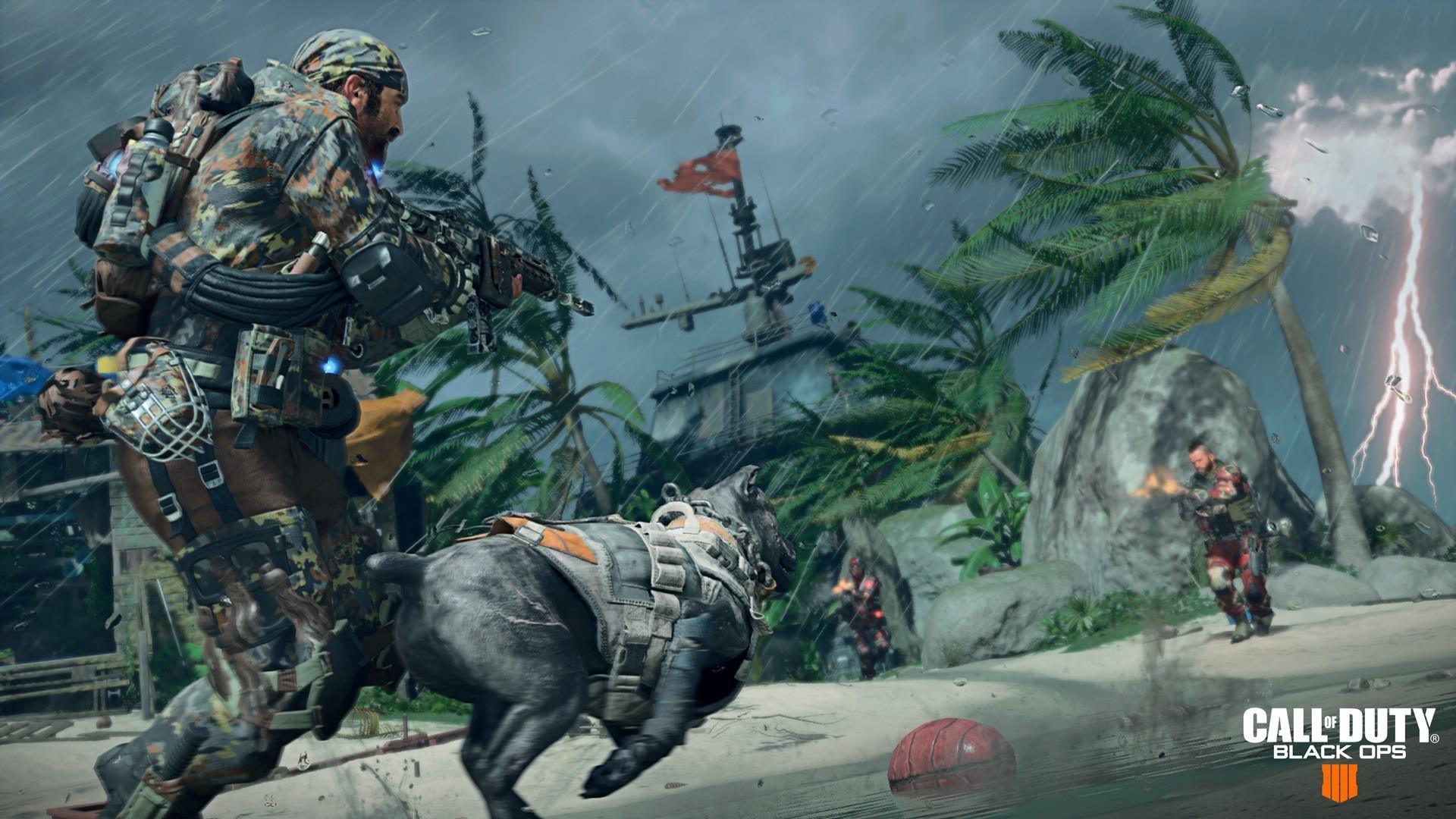 In Multiplayer, the new Contraband Hurricane map has been added for all players. As the name suggests, the map adds a tropical storm to Contraband, providing a bit more of an inconvenience. Casino mode has also been added to the Hardpoint and Custom Game playlists for players who own the Black Ops Pass. In terms of fixes, the bug that meant players got stuck at Level 999 Prestige Master has been fixed, and they’ll now be displaying the correct Level 1000 Prestige Master. Friendly Fire has also been tweaked so the Thresher no longer causes friendly damage, nor does the Dart count towards team kill punishments.

League Play has also received some updates. There’s a Match Quit penalty for those who quit when there are four or more players still on the team. The Daily Bonus point pool now rolls over until the end of each event to allow players to accumulate the bonuses at their own pace. The number of Custom Classes has been increased to 12, and there are new rewards for placing in the Top 5 of a Division and 1st place in a League Play Event.

The Blackout map gets a spring update with greenery and new lighting, and there’s a new class of weapons to find that have Operator Mods. There’s even the chance to find Firebreak’s Purifier. Weapon Inspect is now available on the d-pad, and Gestures and Callouts have been added to the Victory screen. Finally, player stats from the Limited-Time modes will feed directly into a new “Limited-Time Modes” filter in the Barracks — this includes previous Hot Pursuit stats. 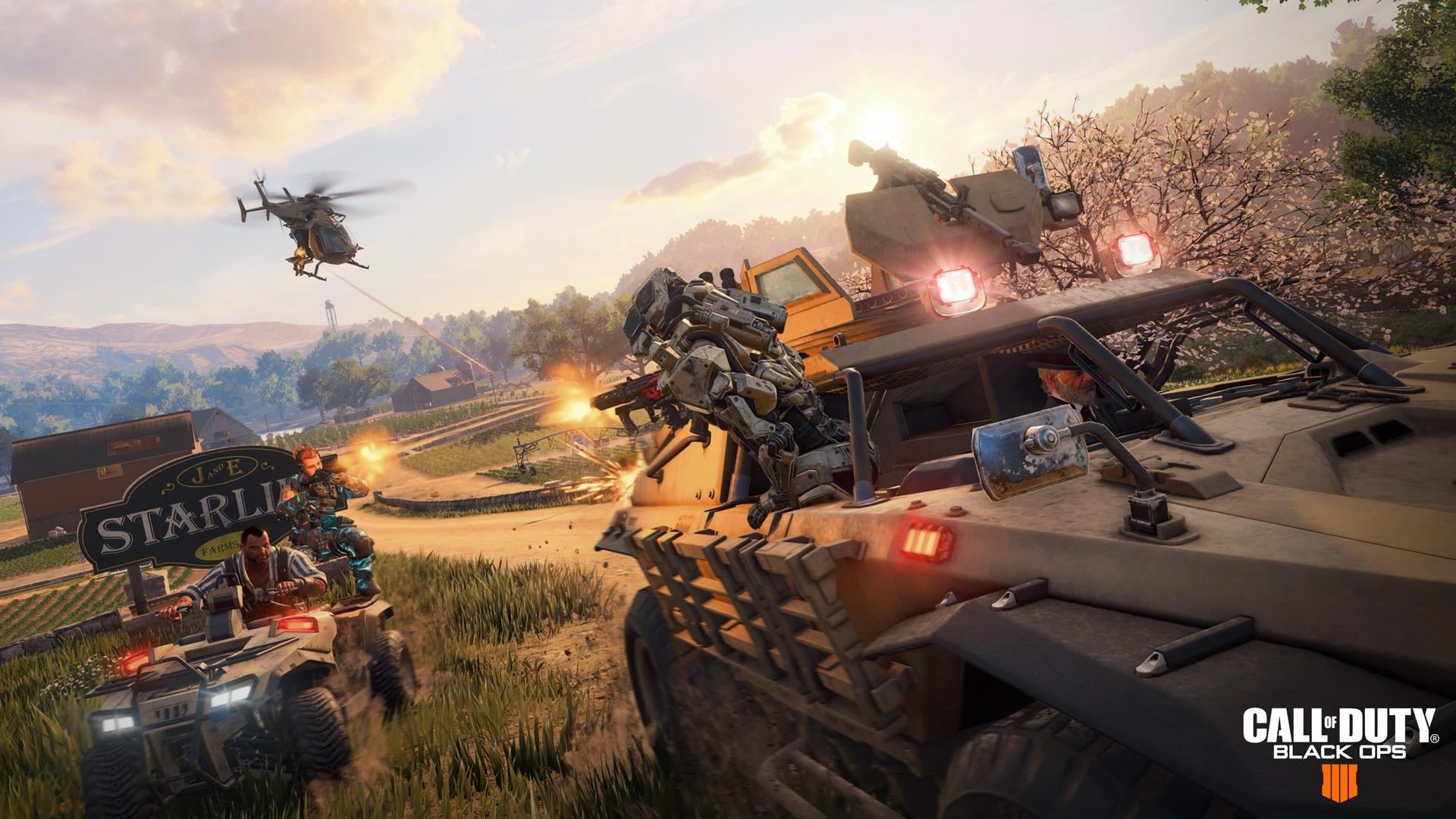 Zombies also gets some adjustments. Host migration has arrived for public matches, meaning a new host will be picked if the current host drops out. There are several fixes for Prestige Master, such as XP inconsistencies and the display of Prestige icons, as well as stability improvements. For a full list of changes across all of the modes, check out the patch notes here.

The update also introduced new content for PlayStation 4 players this week. This content has a one week exclusivitiy window, meaning we got a glance at what Xbox One players can expect to receive next week. The main addition here is the Shamrock & Awe event that celebrates St. Patrick’s Day for two whole weeks. The event adds new content to all modes, as well as a free St. Patrick’s Day Gesture and Calling Card in the Black Market. The St. Patrick’s Stockpile multiplayer mode is a take on Fracture from Black Ops 3 , where players collect shamrocks from fallen enemies and deposit them in a pot of gold. The Blackout map gets a rainbow leading to hidden treasure. Finally, Zombies gets green-eyed zombies in Classic Chaos maps, as well as a new Easter Egg. You can see the event in action in the trailer below:

Meanwhile, Blackout will get a new Hardcore Mode with no HUD, armour, vehicles, or zombies, while a fleet of helicopters will drop flares to indicate the circle’s new position. In the main Blackout mode there will be Contraband Stashes with the latest weapons, and the Muscle Car and SUV will become available as new land vehicles without their Hot Pursuit bonuses.

Finally, there will be a new Zombies Gauntlet — Hellcatraz. Players assume the role of the Primis crew as they take on 30 rounds of new challenges on the Hellcatraz map.

Shamrock & Awe will arrive next week, March 19th, along with Blackout’s Harcore Mode and the Hellcatraz Gauntlet. The rest of the changes are available now.