Treyarch released Operation Dark Divide for Call of Duty: Black Ops 4 on PlayStation 4, and the studio has shared an update on Reddit fully detailing each of the different features for the game.

Here’s the details from Treyarch.

Our sixth season is available now on PS4 with Operation Dark Divide , bringing our uniquely epic “heroes vs. villains” theme to Black Ops 4 , as well as the final chapter in the Zombies Aether story with “Tag der Toten” . Get all the details including the roadmap at our official Operation Dark Divide Treyarch Blog, and read on below to see what’s new today on PS4:MULTIPLAYER: Two Black Ops Pass Maps, Echohawk Dual Bore Assault Rifle, AN-94, VMP, New MKII Weapons, and New Mastercrafts 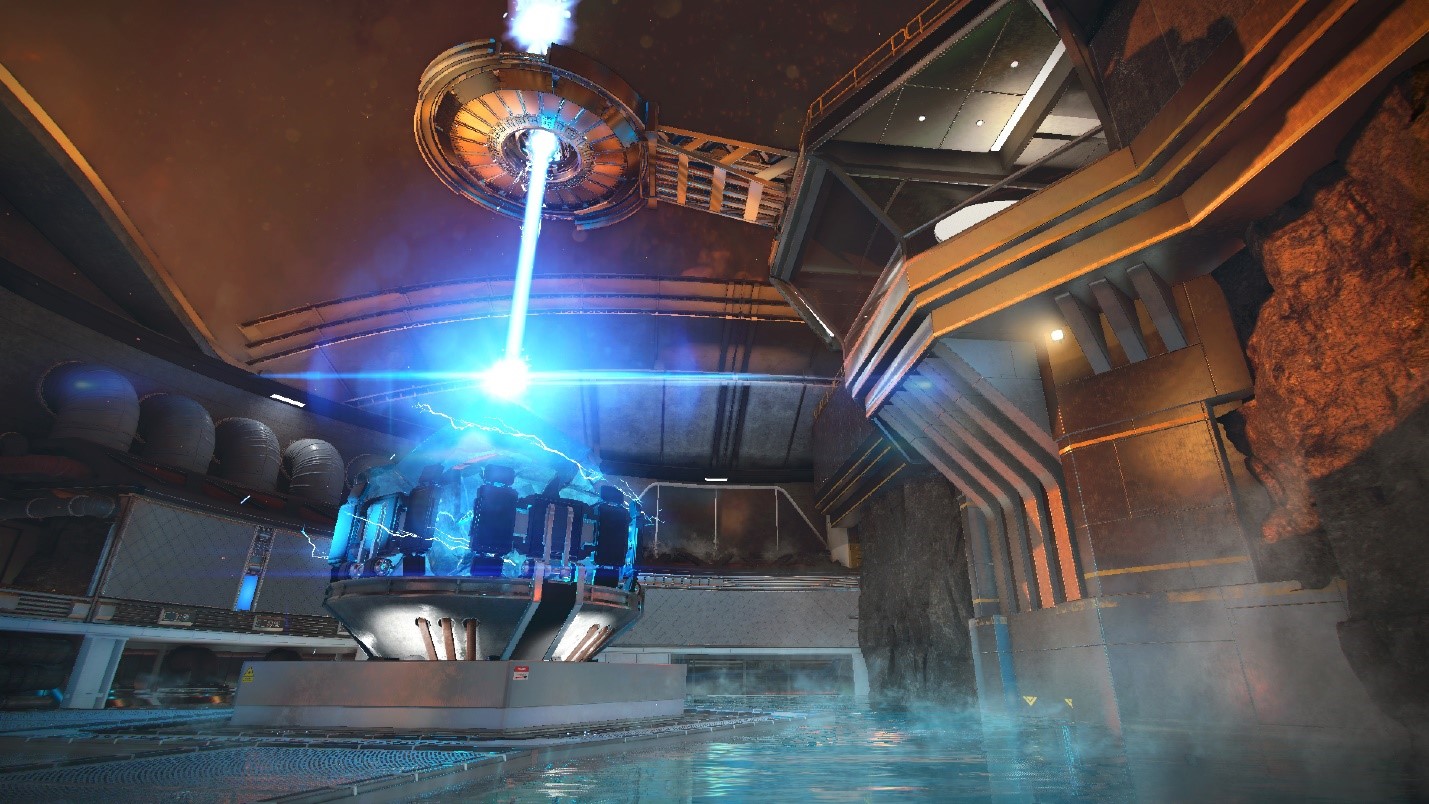 What better way to kick off an Operation themed around heroes vs. villains than an evil villain’s headquarters as our newest battleground? Lair is a small-sized indoor map taking place at the uncharted island base of “Arkadeus”, an evil organization hellbent on world domination. With a unique semi-circular design, elevators leading to power positions at the top of the map, and a functional death laser at the center of everything, Lair is unlike any Multiplayer experience we’ve ever built.

In the Black Ops Flashback map Launch , you’ll battle under the cover of darkness to stop an impending nuclear missile launch that could have catastrophic consequences. The flow of the map feels just like it used to for those who played its original Black Ops incarnation, and we’ve introduced a complete environmental overhaul to transform this fan-favorite into a modern classic. Launch was one of the most popular Black Ops maps for us at the studio and with fans around the world, and we’re beyond excited to bring this one to a new generation in Operation Dark Divide .

You’ll be able to unleash three additional Multiplayer weapons on these maps with this Operation’s Black Market update, including the all-new Echohawk Dual Bore double-barreled assault rifle, the classic AN-94 returning from Black Ops 2 , and a completely re-tooled edition of the VMP rapid-fire SMG from Black Ops 3 . All-new Mastercrafts are also coming throughout this Operation, including the “Game Over” KAP 45, “Predator” S6 Stingray, and “Desecrator” Rampage, as well as new MKII editions of the VKM 750, Mozu, and Paladin HB50 to help you rank up even faster in MP.BLACKOUT: Heavy Metal Heroes LTM, New Tank Vehicle, Flare Gun, Wonder Weapons, Hellion Salvo Operator, Vehicle Air Drops + More

We’re going all-in on this Operation’s heroes vs. villains vibe in Heavy Metal Heroes , our most insane Blackout limited-time mode yet with a massive feature list to match:

Players can also wield the Savage Impaler and Winter’s Fury Zombies Wonder Weapons found in Mystery Boxes throughout the map for an additional edge… if they can survive the hordes protecting them. So jump into Blackout on PS4, go nuts in Heavy Metal Heroes, test out all the new features and weapons Blackout has to offer, and let us know what you think.ZOMBIES: “Tag der Toten”, Blaze Phase Perk, Power Vacuum and Secret Shopper Elixirs, New Weapon Support, and Upcoming New Gauntlet 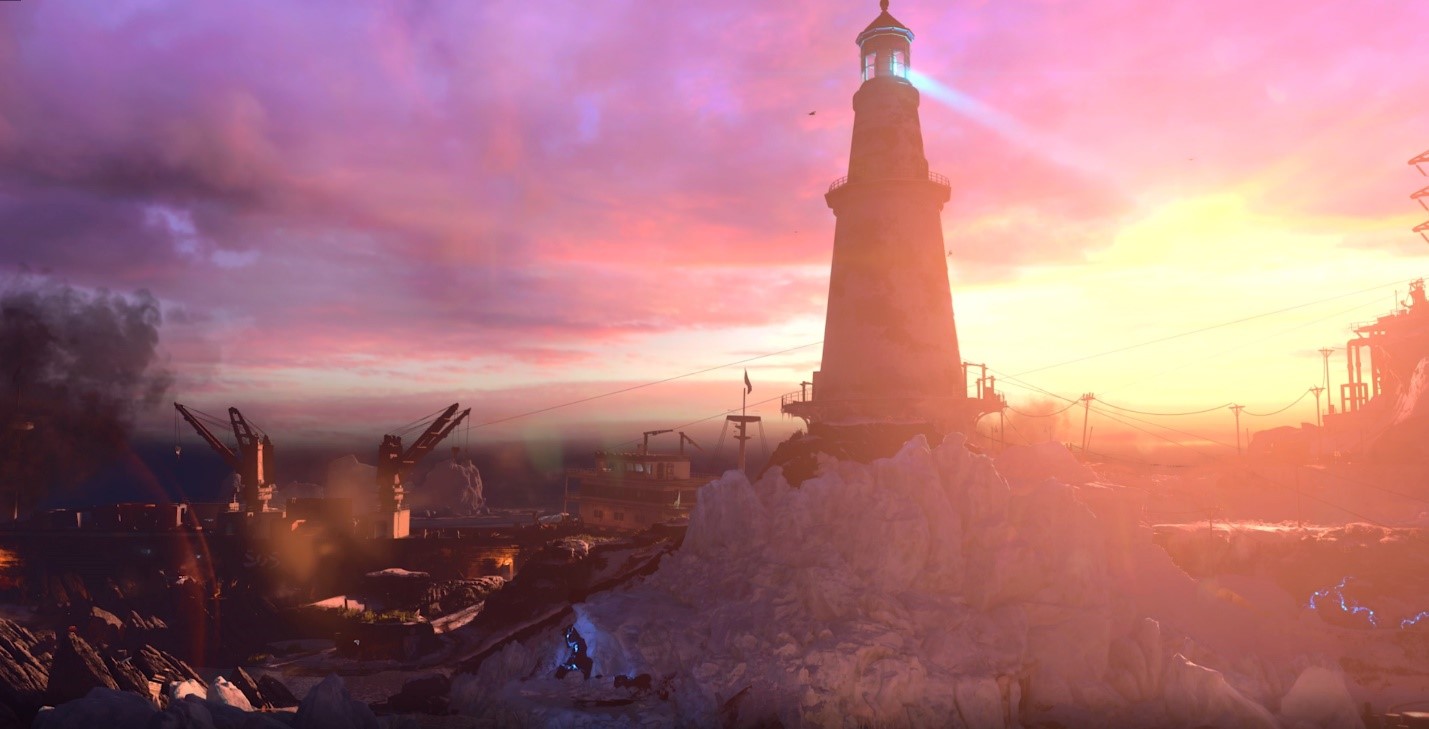 After more than a decade of storytelling across the ever-twisting Aether timeline, our final saga starring the Ultimis, Primis, and Victis crews arrives today on PS4 in “ Tag der Toten ”. Watch the official gameplay trailer here to get a taste of what to expect, and read on below to see what we’ve got in store.

As the Ultimis and Primis versions of Dempsey, Takeo, Richtofen, and Nikolai gather around the campfire one last time in a certain frozen forest, the Victis crew awakens from cryostasis under Alcatraz to be transported to a forgotten Siberian Group 935 facility. Together, they’ll team up with a mysterious hermit living in the lighthouse to construct the Agarthan Device and ultimately aid Nikolai in achieving his master plan.

“Tag der Toten” delivers a huge range of gameplay features in this final Black Ops 4 Zombies installment, including ziplines, flingers, platforming, freezing water, extreme verticality, underwater areas, and even snowballs as functional weapons! And it wouldn’t be a fitting finale without multiple devastating Wonder Weapons, including the Wunderwaffe DG Scharfschütze shock rifle and the chilling new Tundra Gun for when your squad can’t take the heat. Long-time Zombies fans will also be happy to get their hands on the explosive Matryoshka Dolls , modeled in the likenesses of our classic Zombies protagonists. 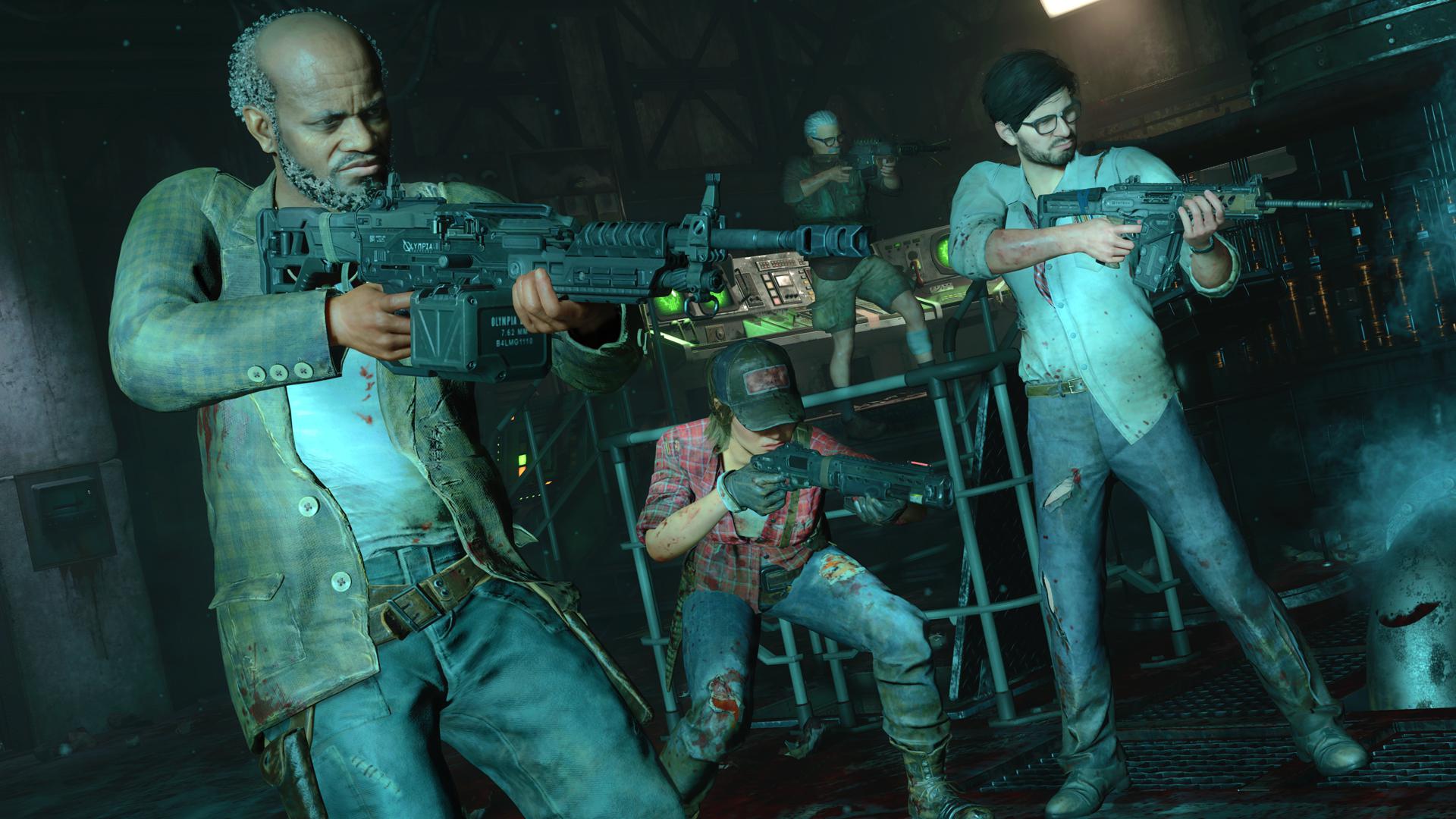 This Operation includes the brand new Blaze Phase Perk available for use in all Black Ops 4 Zombies maps. Activate this Perk to charge up and blaze a fiery path through the horde in a direct line, knocking all enemies out of your way in the process. New Epic Elixirs are also available in the Laboratory: Power Vacuum , which spawns power-ups at a much higher rate for five minutes, and Secret Shopper , which allows players to buy ammo for any weapon at any wall buy location, including ammo for Wonder Weapons for the first time.

Later in Operation Dark Divide , we’ll be releasing “An Ice Day in Hell”, our upcoming Gauntlet with 30 new rounds of unique challenges and rewards for “Tag der Toten” players. Stay tuned for more details as we get closer to the Gauntlet’s release date – until then, enjoy uncovering the many secrets of Aether’s epic conclusion, and a heartfelt thank you to every fan who’s been along for the ride with us with the Aether story since World at War. In case you missed it, check out the Zombies portion of this morning’s Treyarch studio broadcast including a special message from the dev team and our amazing cast of Primis and Ultimis voice actors: Steve Blum, Fred Tatasciore, Tom Kane, and Nolan North.BLACK MARKET: New Contraband Stream, Heroes & Villains Outfits, Reactive Camos, Customization Gear, Ultra Weapon Bribe + More 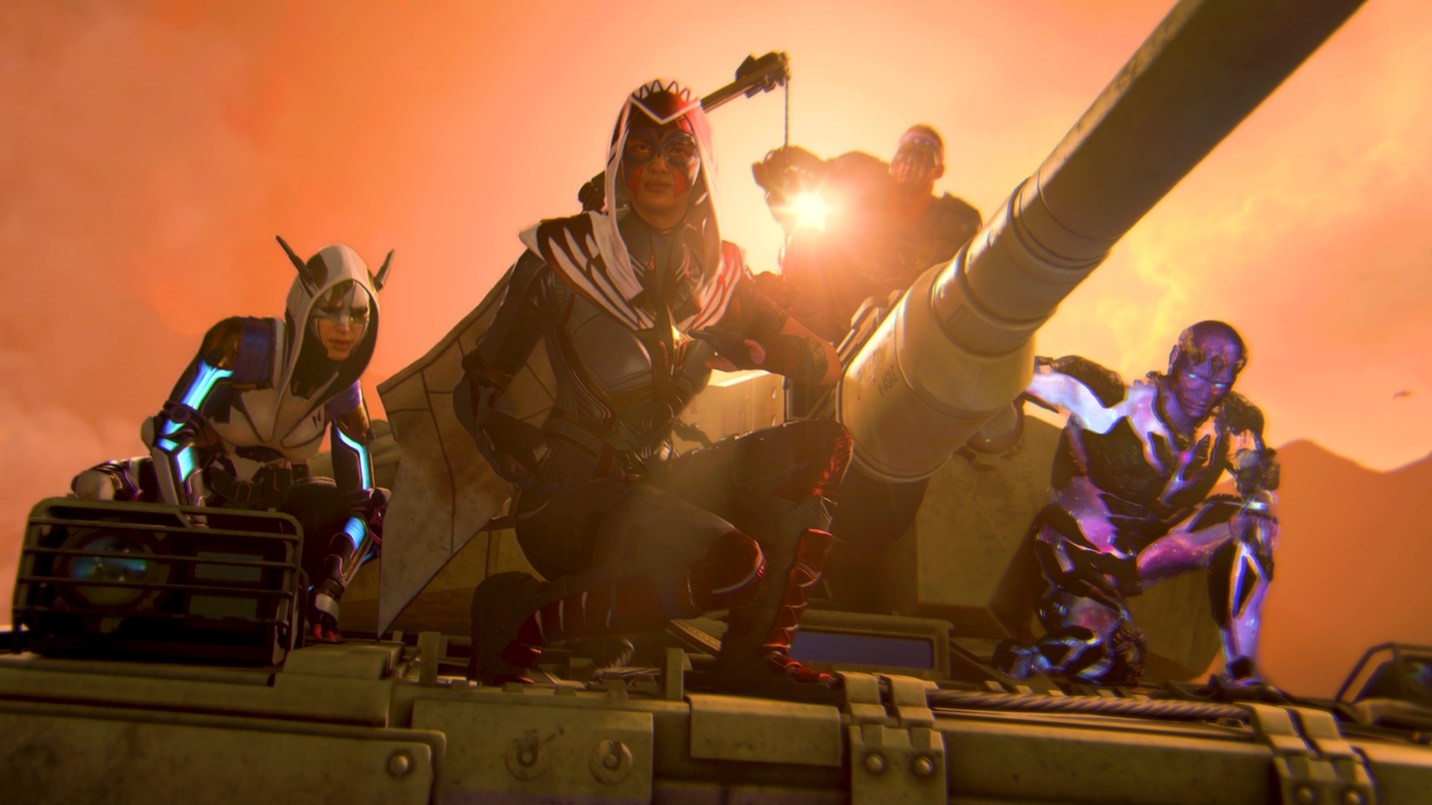 Read on below for the list of everything new in today’s game update: