Bethesda has now unveiled the new Gates of Oblivion year-long adventure for The Elder Scrolls Online, which is set 800 years before The Elder Scrolls IV: Oblivion, and has you working to “uncover the terrible schemes of Mehrunes Dagon, Daedric Prince of Destruction.” We also got a look at the major Blackwood expansion arriving on June 8th. 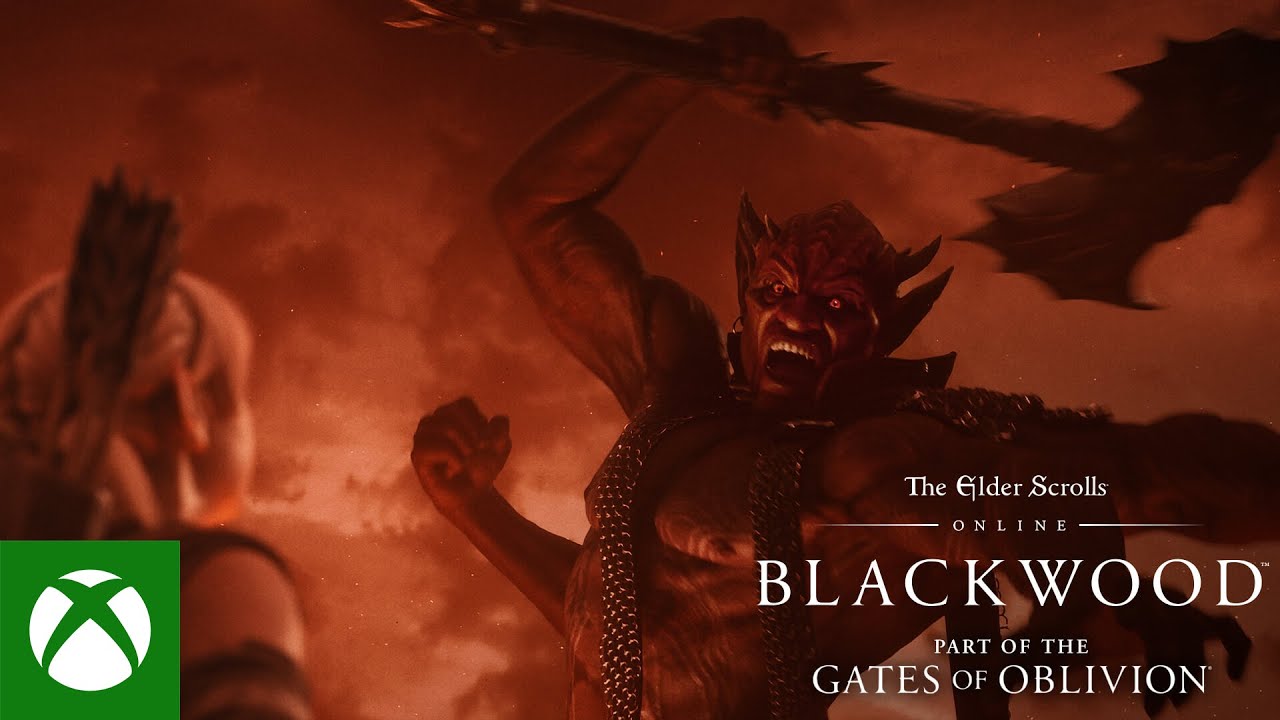 Gates of Oblivion actually kicks off with the Flames of Ambition DLC on March 16th, but that’s a smaller addition to the game, with two new PvE challenges: The Cauldron and Black Drake Villa. Bethesda says you’ll be attacking a shrine to the Prince of Destruction and racing “to uncover a mysterious tome before it is lost to fire and ash,” aided by Orsinium’s Eveli Sharp-Arrow and Dremora Lyrant. Flames of Ambition sets up the storyline for Blackwood — which is a much bigger expansion — and the whole Gates of Oblivion storyline. 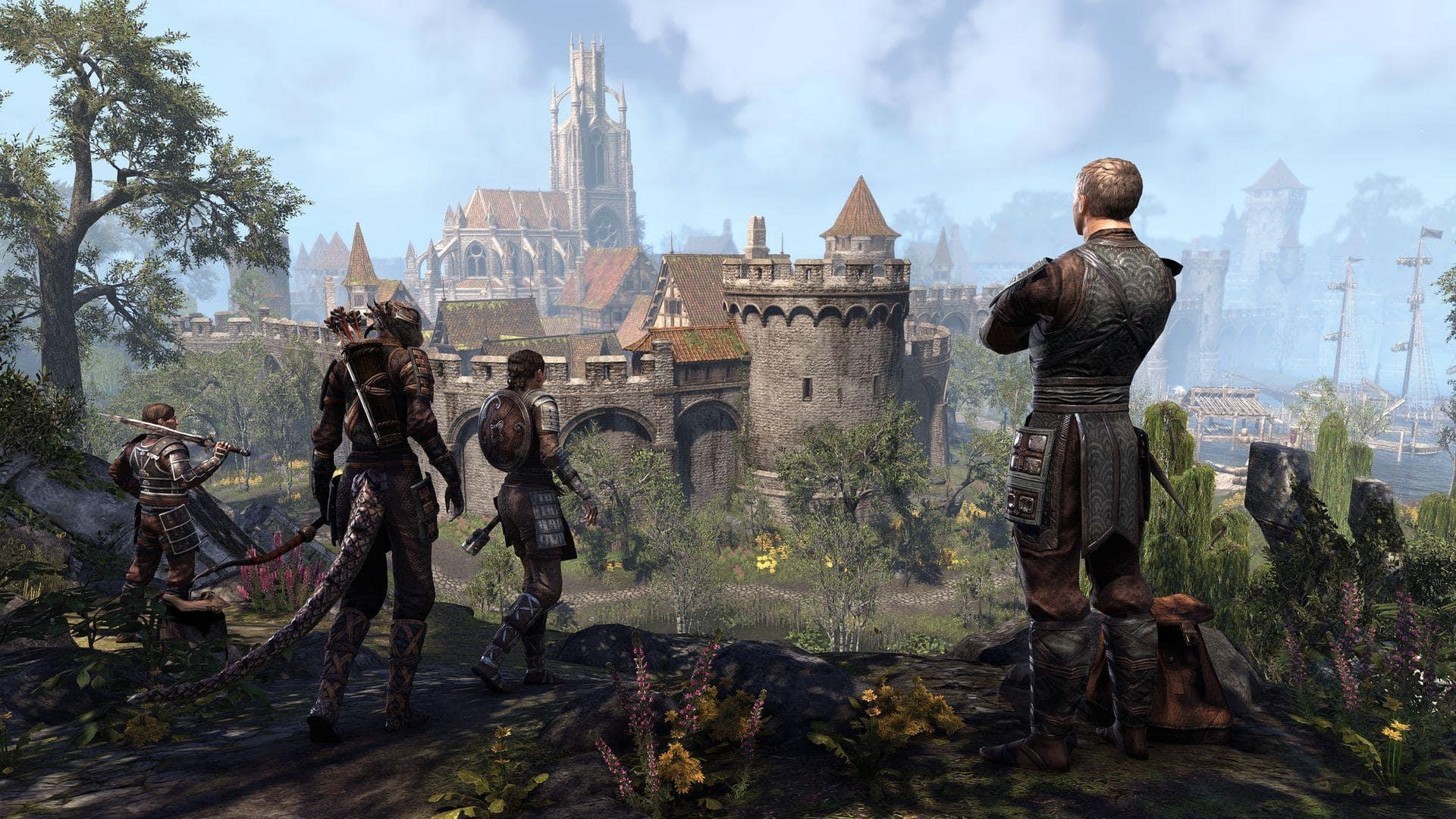 Blackwood adds around 30 hours of new content and the new region of Blackwood itself, along with a new Companions system, the 12-player Rockgrove Trial, new Oblivion Portal world events, new delves, dungeons, world bosses, and “stand-alone” quests, and some quality-of-life updates. The Blackwood region includes Leyawiin, an Imperial City, as well as the Niben Forest and the Blackwood Bog. The main story has you investigating a conspiracy, as well as working to uncover the plans of Mehrunes Dagon. With the new Companions system, you can recruit an NPC as your ally — “complete with their own stories and character” — to come along and help you out.

You get the following for the standard preorder: 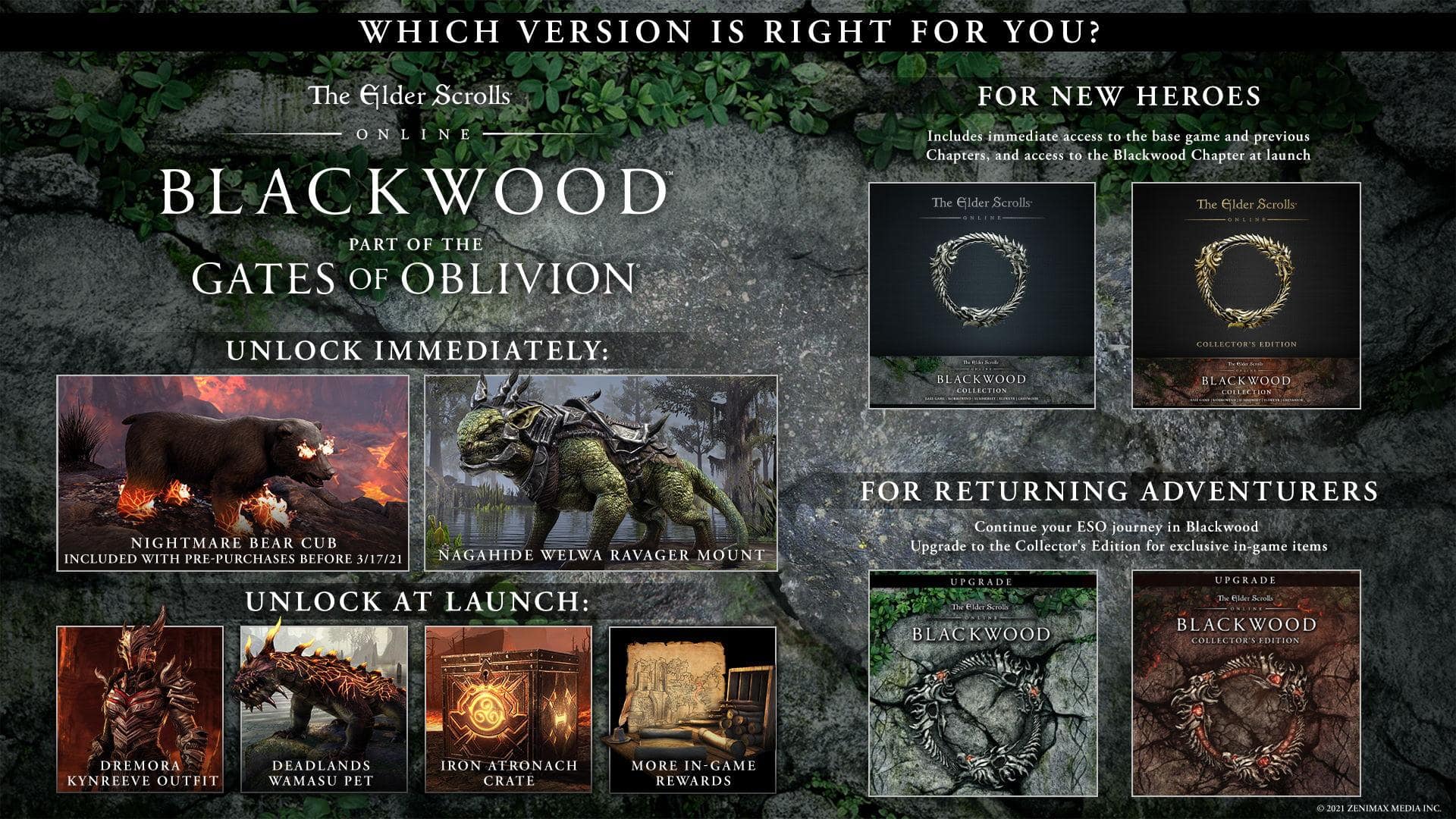 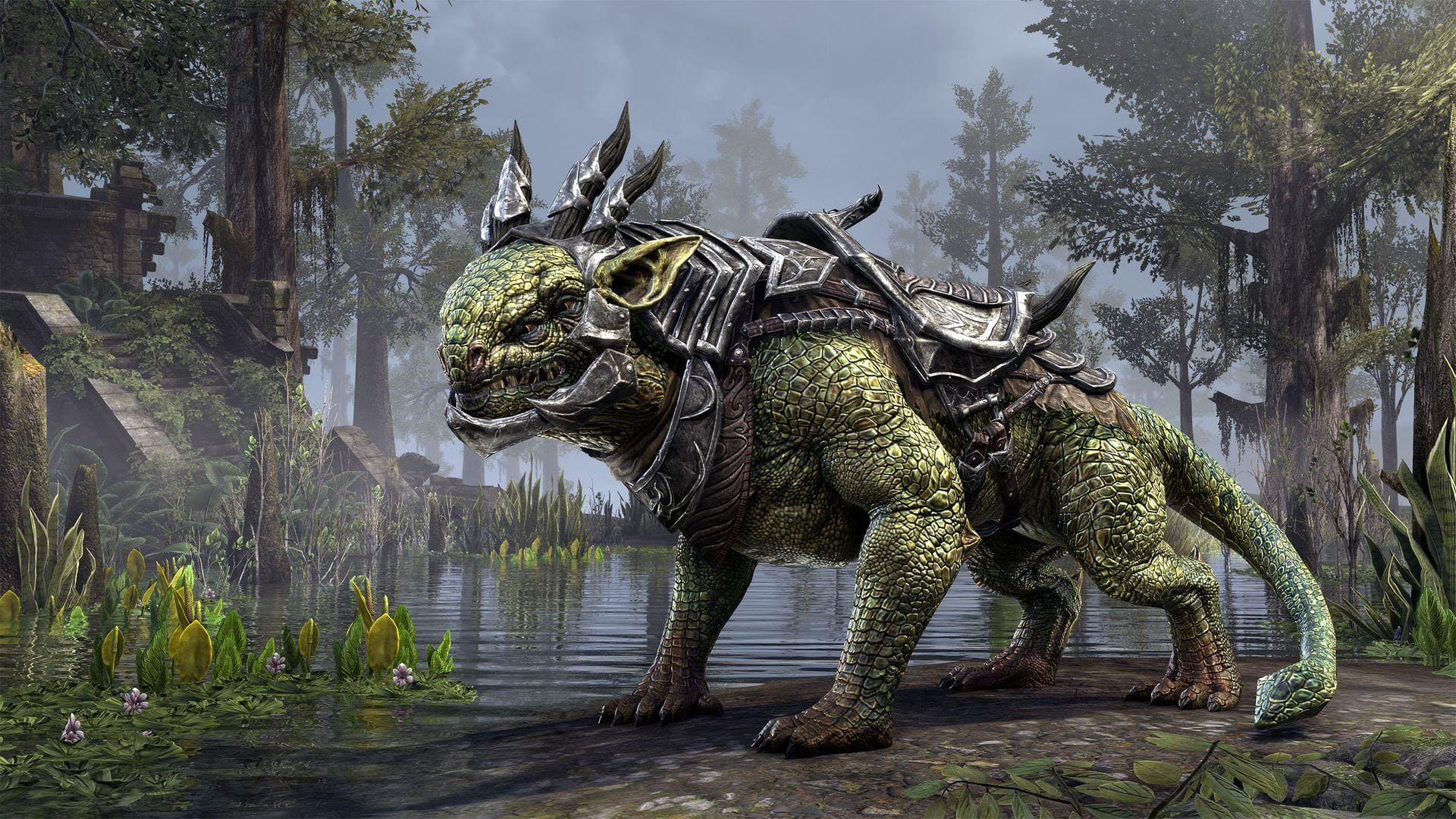 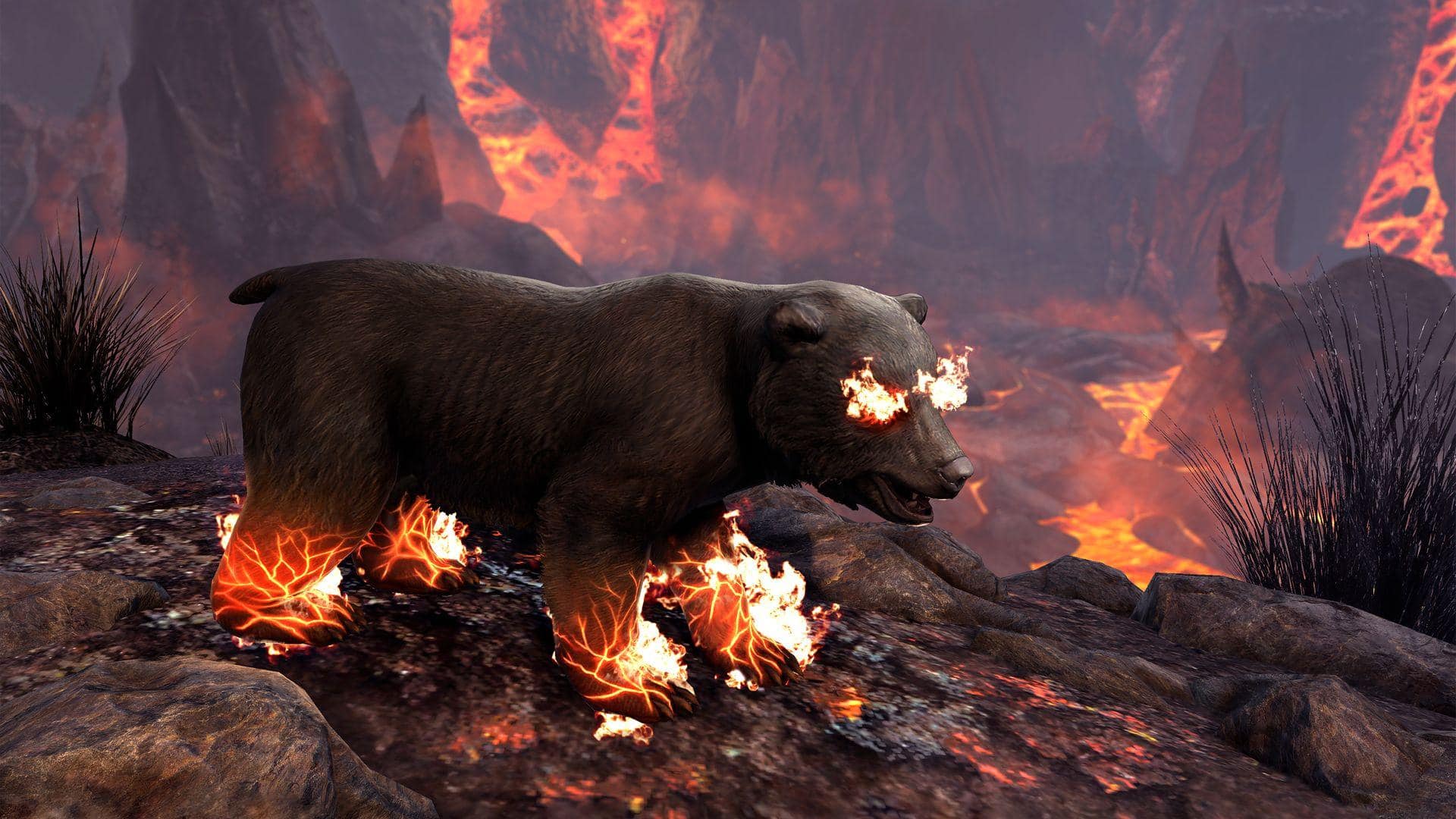 You get this for the Collectors edition: 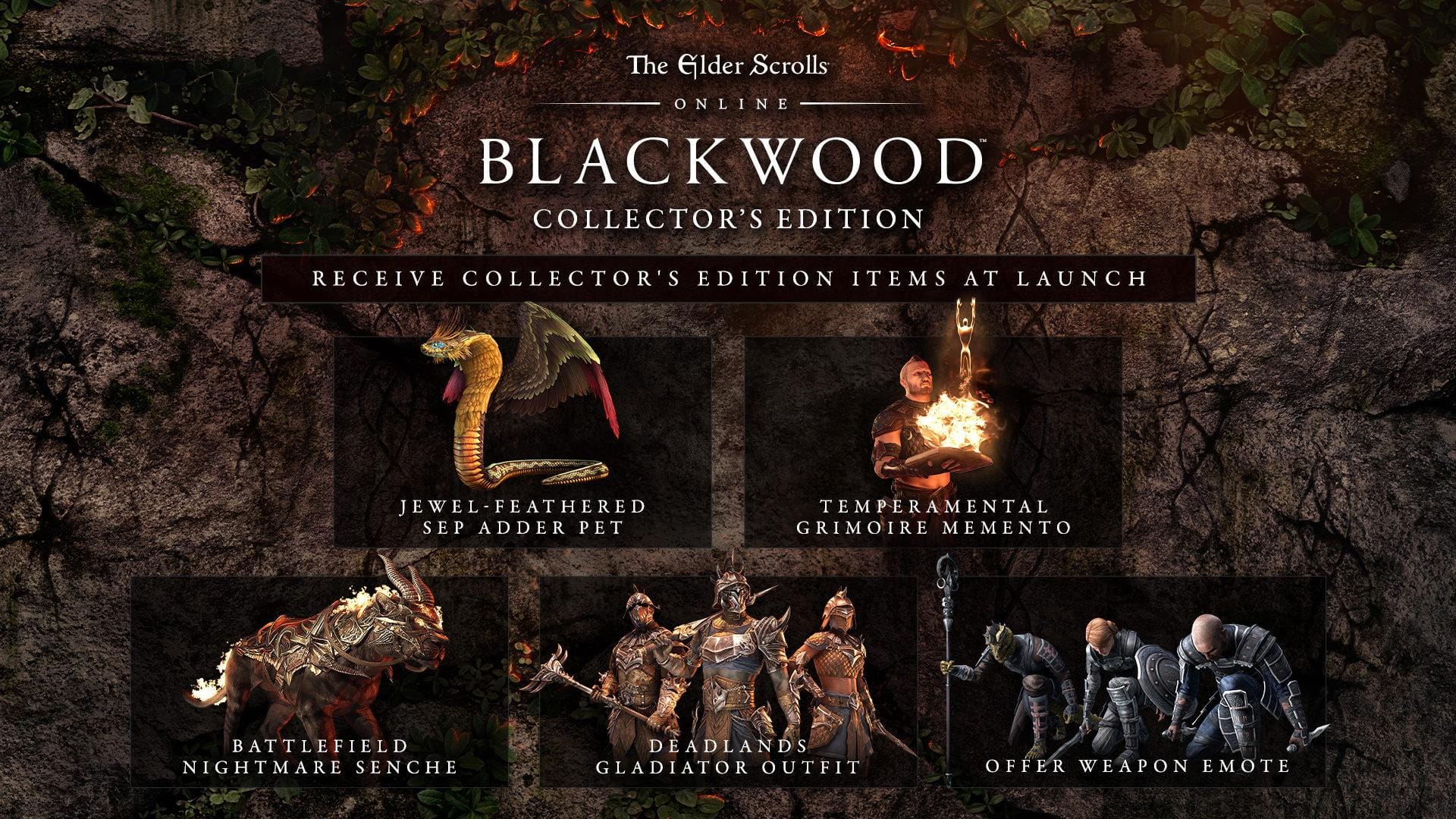