Beam Has Begun Rolling Out For Xbox Insiders

If you’ve been itching to try it out for yourself, then now could be the time if you’re a member of the Xbox Insider Program, as the app has begun to roll out for Xbox Insiders. 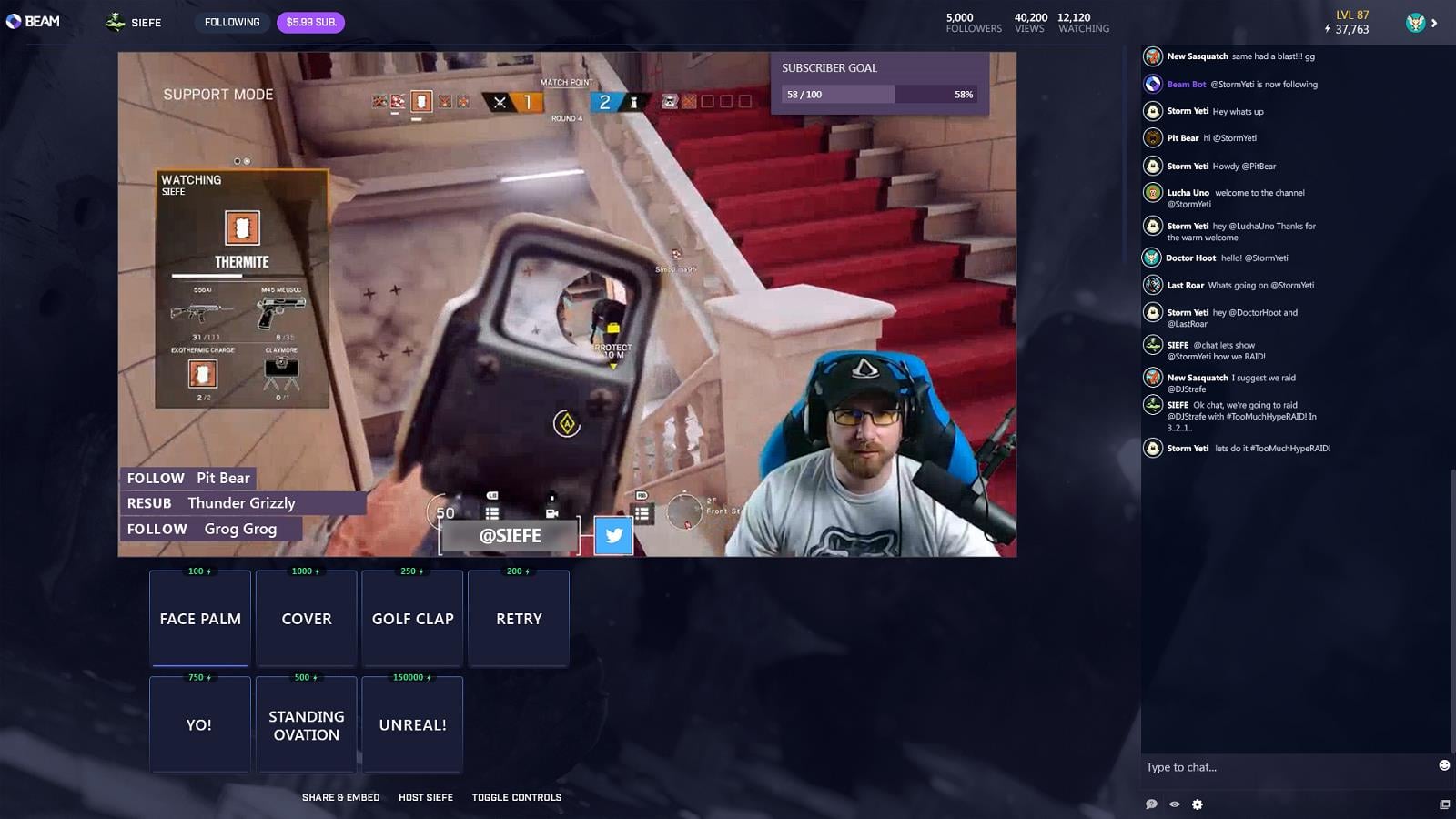 With the option to stream on Xbox One or Windows 10, keen streamers will be able to stream to viewers who can watch via their Xbox, Windows 10 PC, an iOs device, or an Android device. Browse, search and follow your favourite game streams and earn Sparks and XP while watching. Sparks are an in-app currency that you will be able to use to interact with different streamers. You’ll be able to do things such as unlock new emotes, get XP boosters, and more.

Every minute spent watching a stream will earn you two Sparks. Experience points are handy way to show your or a streamer how long you have watched streams. You will earn 10 XP for every five minutes you spend watching.

Streaming with Beam on your Xbox One or Windows 10 looks pretty straight-forward and easy. Take a look at this handy tutorial provided by Major Nelson:

The app began rolling out to Xbox Insiders yesterday. If you’ve had the chance to stream with Beam, let us know what you think of it in the comments below.

I tried it last night and had nothing but problems. Shitty quality on Standard and High, stream wouldn’t load on the Beam.pro website after streaming for about 15 minutes.

I am just not a fan of the xbox apps streaming. Shit quality, slow to load and get setup, and an overall PITA compared to just using a capture card and xsplit. It shouldn’t be that way, it should be the exact opposite.

Hopefully they will get it a working flawlessly but the twitch app still sucks so I am not hopeful.

Yeah, I tried it a few times the other day and couldn’t even get it to begin streaming.

I’m not sure this iteration of the XB1 is powerful enough to handle streaming and gaming from one unit. You need a pretty good gaming rig to handle gaming and streaming from the same PC.

I haven’t seen issues in up/down speeds, but it likes to slip to a strict NAT out of nowhere. I have it DMZ’d and wired, but it still does. A hard reboot is all that fixes it.

@D1G1TALC1PHERS, I found that when I went to 32GB, streaming worked a lot better on the same system.

I see issues. Just do a Detailed network test on the xbox and it is never even close to my real speed. I have tried it with my router’s QOS and without and it made no difference. I just don’t get the same readings. I get 300/20 and normally xbox shows around 50/10.

It shouldn’t be my router. I have an ASUS RT68U,

Please it is Johnny. He has a closet full for consoles.

We have 3 - mine, one in the living room, and Kellen has one. However, this has happened even when the others are off. That’s also why I DMZ’d mine. With upnp, I can typically get all 3 on an open NAT. It just seems after some sort of update, it goes nuts until I hard reboot. It just seems that sometimes it wants to go strict until that reboot.

(for the record, there are a lot of issues on XB1 that seem persistent when they start until a hard reboot)

At least mine is so I can get updates to games without having to manually update.

I was having the same BS NAt troubles with our house and finally gave up and told the boy life sucks…put mine in DMZ and he’s stuck with Strict.

That’s what I did with the kids as well - put mine on DMZ. However, I still get a once in a while strict NAT. It’s stupid. At this point, it has to be how XBox handled networking. As usual, a hard reboot cures all.

I think I got my Beam issues fixed. Not with he xbox app but in general. QOS on my router wasn’t allowing xsplit or the beam app get the upload it needed. Once I turned it completely off I was able to stream @1080p 60FPS with no stutters or dropped frames.

beers_and_leafs I tried it once haven’t had a chance to check the video quality yet.

Go for it. I was saving up to do that cause I didn’t think anyone else would.

I just watched my VOD and the sound is behind the video…any suggestions?

@anon42851937 continues to have myself and @Lala_Calamari banned from the preview program.