Another Division glitch that gives a huge advantage

The Division has already been having a rough week, and things just keep getting rougher: A newly found exploit lets players temporarily boost their gun’s damage output to game-breaking levels.

Going to give it a try in the incursion tonight why not. Greybush got away with that last one without getting banned. 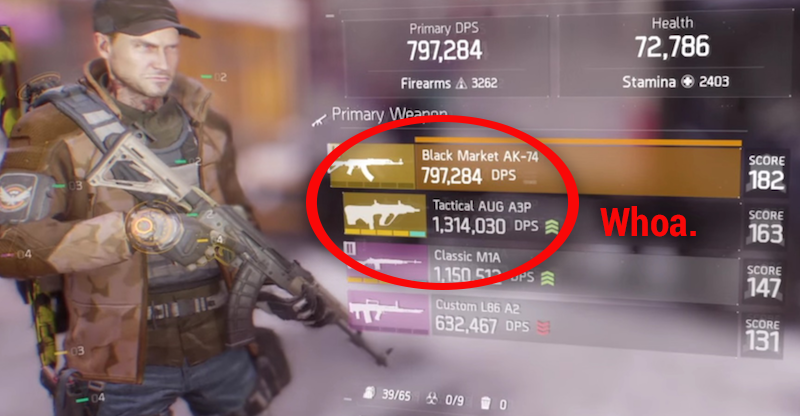 I still can’t see how they can ban players for exploiting a glitch they wrote with a straight face. That’s like me screwing up the software I write causing it to expose credit card numbers, then telling my client I’m no longer supporting them for getting exploited. If it was a 3rd party utility causing the hack, or someone hacked the code, then ban away. But punishing your users because you suck at writing and testing code? Laughable.

I disagree, we haves codes in life of things people shouldn’t do and they are punished. You can go to the store and steal, there is nothing stopping you from doing it, though you know it’s wrong and if you get caught there will be consequences.

To me that idea applies to video games where a players actions can affect the experience of other players, or other players get advantage over other players by playing a game dishonestly. Honestly just cause of the DZ your actions do affect other players.

As long as the publisher or producers Of the game make the rules very clear I have no issues with banning. If you do something knowing there is a chance of being banned it is your own stupid fault for getting banned, just like your stupid fault for going to jail for stealing.

Exploits have ruined game experiences for me. Like Vault of Glass everybody wanted to knock off the Templar and Atheon cause it was easy way to do it. I will never understand why people want to makes games easier, they are suppose to challenge you and the reward the excitement of beating something challenging.

from what I read they are giving warnings first, so if you get a warning you are not getting punished but if you keep at it after the warning then they’ll do a temp ban first

The issue I have is the reward is not worth the grind to get it so I do not have a problem finding a fast solution. If the carrot was better I would be more willing to jump in line to go after it.

I did something better, I started playing other games. Until Massive gets their shit together and I think they will, I have plenty of other games to enjoy. If I have to cheat to make the game worth it that just means the game sucks, end story.

Massive is seeing if they can break a game worse than Dice did Battlefield a few years back.

TL;DR - Fuck cheaters in the ass if their cheating negatively impacts my gaming. Otherwise, who cares.

Anyone who is trying to sell the line that they didn’t know using the mobile cover to bypass a door that wouldn’t open otherwise and cut off half of the mission just to get to the end boss faster (yes, that mission) is just full of shit. Plain and simple.

My take on it - I don’t care if people cheat UNLESS it negatively impacts my gaming experience. Want to use cheat codes in a single player game? Go for it…couldn’t give a rats ass if you do. But in The Division, the cheating has caused people to vault ahead of the masses, myself included, and become God-like in the DZ. So now all the sudden I have an experience that is both different from what the developers intended and worse for me as a result.

That I DO have a problem with and am fully behind putting out sanctions to those who have fucked with the system. Do I think they have a methodology to determine who that is? Nope, because they didn’t forecast it and will have trouble differentiating those who played legitimately from those who did not.

3/4 of my group has yet to cheese a mission, loot or dps. Took us 4 nights to complete the incursion just on hard difficulty. Now that we have and someone who has used one of the exploits to further their gear, I have been noticing they are complete crap at the game.

Could be the mindset that they have gear so it makes up for their lack of skill and patience but it was super annoying to play with. This is at least in PvE where gear has not caught up with the amount of damage NPCs can dish.

I have been weary of DZ runs. Since they neglected the tanky aspect of the game, the only upgrades for me are 204 GS blueprints in the DZ.

The damage is already done by those who knowingly used an exploit for their advantage. It is both on the players and developers but I think it would help both out if players just reported it to the developers. Someone told me as well that some developers reward players that do that with some ingame currency. Would be nice if something like that was implemented.

Actually I heard a story about someone that they banned, he said he flat out cheated but he challenged the ban and his ban was lifted. I don’t know the full story it was just something I heard on one of the podcasts I listen to.

Banning for shitty code is shitty.