The Xbox Series X “reveal” at CES 2020 was an entirely unofficial render, which naturally makes us a little wary of other unofficial claims. However, these up-close photos of an alleged Xbox Series X prototype certainly look real enough – if it’s a fake, a lot of effort has gone into it. If it’s real, then someone is in real trouble, because they left the serial number out there for all to see. 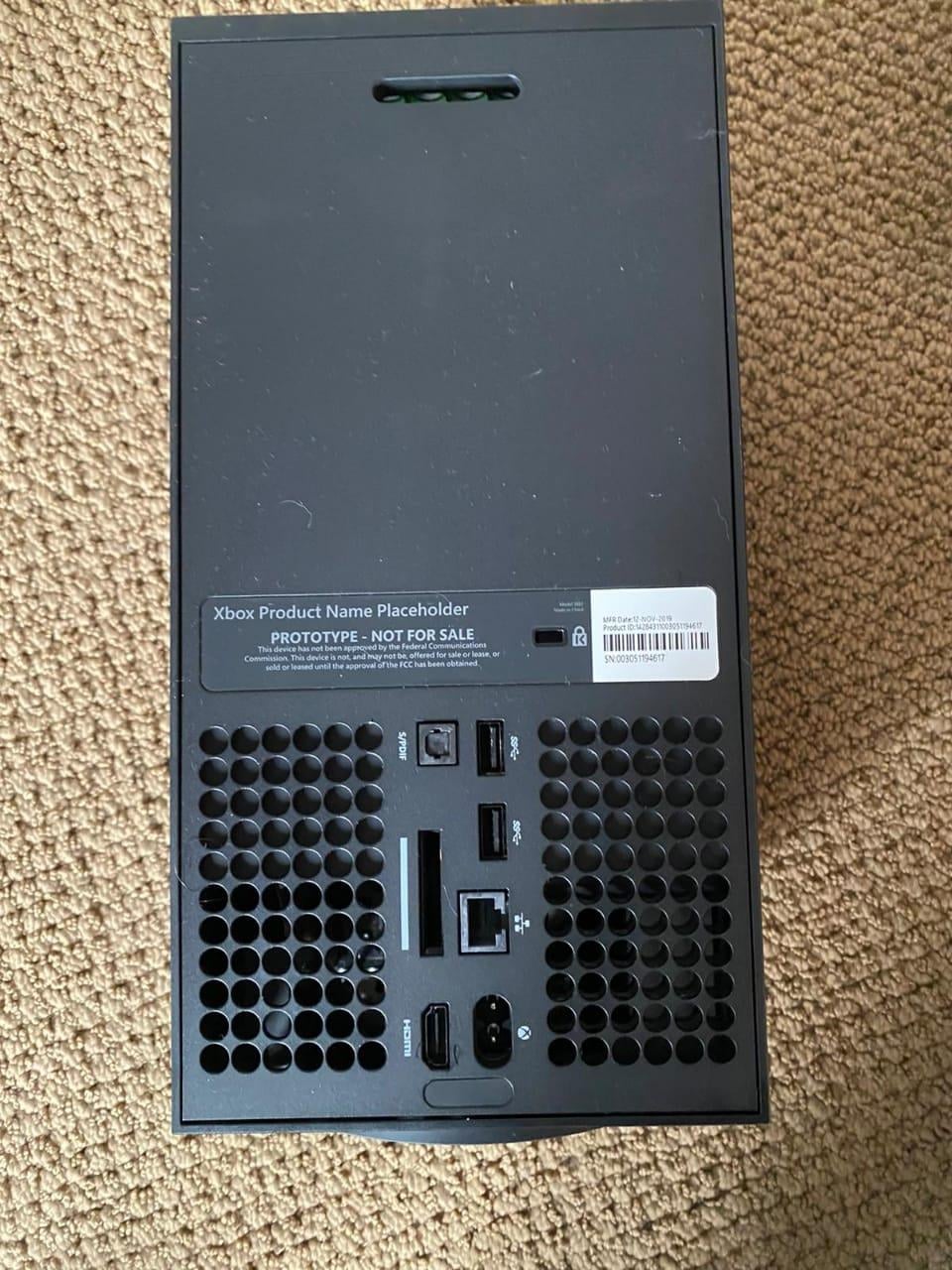 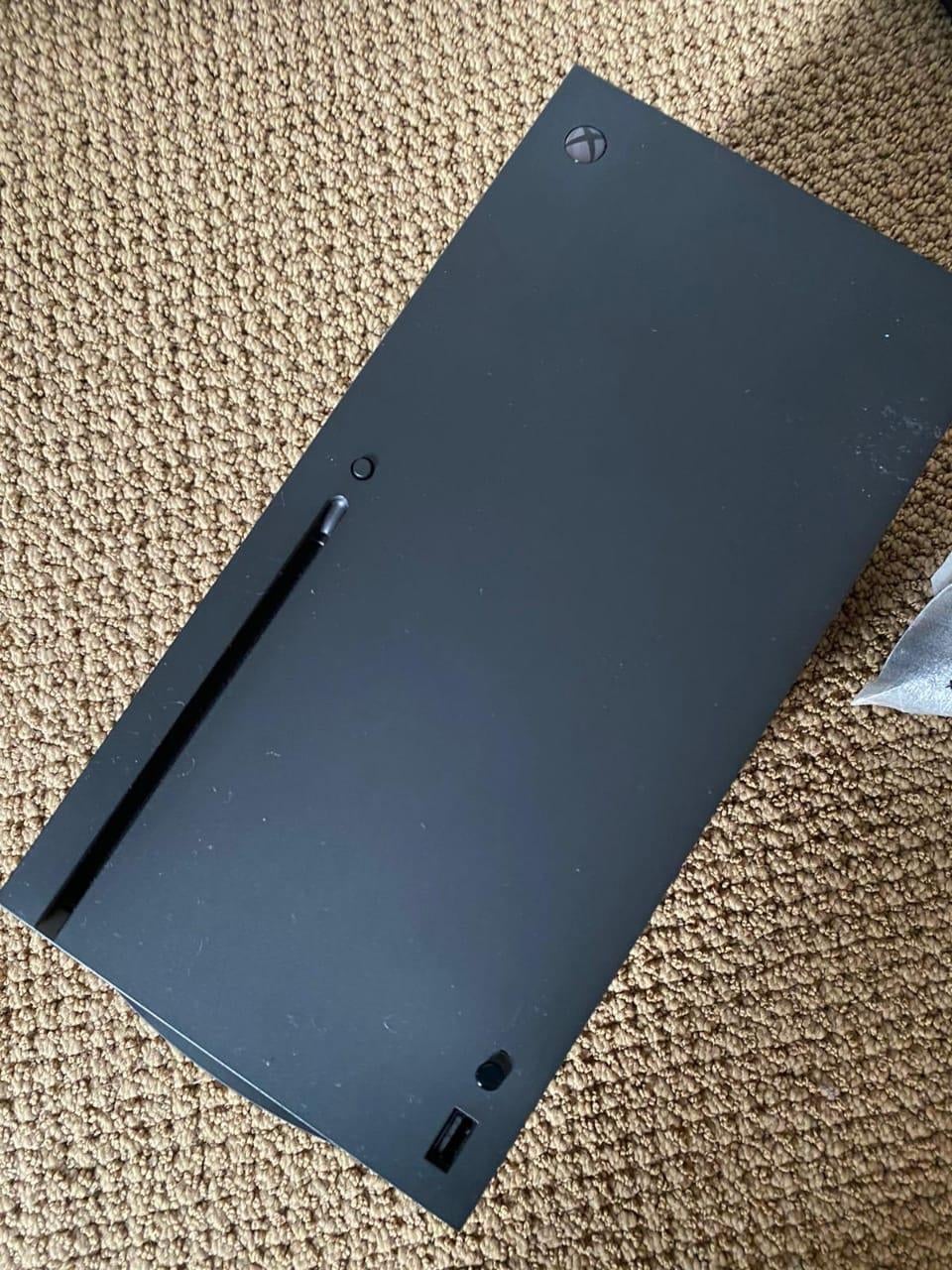 What’s interesting is that the third-party render at CES 2020 was accurate in a couple of respects – there is indeed a regular old USB port in the lower right corner of the tower, and there’s a similar configuration of ports on the back of this device as there was in the render. It could even be argued that the render, which presents the ports in a much more aesthetically pleasing single vertical line, is where Microsoft would aspire to take the final model – it certainly seemed like the idea of the tower shaped Series X was intended to be a glossy cuboid with a fan grille only appearing at the top of the device, rather than the two grille sections we see at the back here.

The ports shown on the back of this alleged prototype are an optical audio and HDMI out, two further USB ports, an ethernet port and a power port. Based on the look of the power port, it could well be that Xbox are finally doing away with external power bricks for their flagship console. There has been some speculation on the other long vertical port between the HDMI and the optical audio port, but it could also very well be some kind of debug port for the prototypes.

This would be a heck of a detailed fake, with appropriate Xbox fonts, serial numbers and the works. To have put all of this effort in and then take two rushed shots on a grubby carpet seems like madness – our best guest is that the unfortunate owner has an unscrupulous friend or colleague that snapped some quick shots when they had a moment alone with the console.

If this is real, it’s still worth remembering that this is a prototype. Microsoft still have some time to make tweaks, and we don’t know how old this prototype actually is.

The prototype images first came to our attention in a NeoGAF thread speculating on next gen, but we’re not clear on whether this is the original source. We’ll update if we learn more.

Update: Given that a now appropriately terrified Xbox gamer managed to register the pictured serial number on microsoft.com, and notable industry insider Brad Sams has confirmed that this is accurate, we’re pretty confident that this isn’t a fake. (Thanks Yummy Baklava)

and we don’t know how old this prototype actually is.

Is this prototype just a developer’s unit? Or is this how it’s supposed to look?

Since is a prototype i am going to say its an early test unit and it may change but i dont think it will change that much.