Albion Online is developed by Sandbox Interactive as a ‘Buy to Play’ medieval MMO. It features a player-driven economy, over 200 territories and countless ways to conquer the world. The sandbox allows you immense freedom in what you do.

About the Game:
Albion Online is a sandbox MMORPG set in an open medieval fantasy world. It has a fully player-driven economy; all equipment items are player-crafted. You can freely combine armor pieces and weapons in our unique classless system – you are what you wear. Explore the world and tackle challenging PvE content. Engage other adventurers in small- or large-scale PvP, and conquer territories. Gather. Craft. Trade. Conquer. Leave your mark in the world.

Buy Once, Play Forever:
If you purchase any of the Starter Packs, you can immediately start playing without end. No additional costs! There is an optional Premium status for your character available that can be obtained through the website and in-game.

Zoned based PvP/PvE
Safe – Easy PvE content, no PvP allowed
Yellow – Easy to medium PvE content, limited PvP. Your gear loses durability when you get knocked down.
Red – Medium to hard PvE content, semi-limited PvP. Flagging friendly is still possible, but you will die if you lose a PvP fight.
Black (Outlands-only) – Free for all PvP, no reputation loss or criminal system

Limited PvP means you cannot attack other players unless you or another player is flagged. The flagged player will be displayed as a red dot clearly on the map. This gives you a chance to attack or flee from that player. It can be very beneficial to see if someone’s going to come attack you if you’re not flagged in the area. Or vice versa if you are flagged, people can easily sneak up and try to kill you as well.
If you are planning to go to the limited PvP area, do not flag yourself from the start since another player can see you clearly on the map. This mean they will know your location and can kill you easily.
Instead, look for a player who is flagged, sneak, and kill them with a small group of people. A 1-1 duel isn’t recommended since it’s too risky. There will be a chance of losing all equipment.

A Full PvP area, on the other hand, will not show the flagged player on the map. This mean everyone you see in the area can attack you and loot all of your items and equipment. Be ready to fight at any time when you are in the Full PvP area.
It’s also recommended to always be flagged since it allows you to freely attack other players. And you can also defend yourself from enemies as well because you can be attacked at any time without knowing when. And remember that some dungeon including Hellgates is located in the PvP area as well.

Player/ Guild Islands
Discover instanced islands…Whether your very own corner of the world that you decide to build up into a personal paradise; or a Master gathering place for your like-minded guildies to share treasures, craft weapons of destruction, or plan out crazed PvP strategies.

Invite other players, friends, and even entire guilds to your island. With a unique access system you can choose who you let see your world and can even grant access to utilize your creations.

Player Housing/ Guild Halls
Build your home, then furnish and decorate it to your own style! Comfy beds, tables laden with hearty food, gruesome hunting trophies… Furniture not only makes your house a home; each item also provides distinct bonuses and abilities to your character.

Claim your own corner of the world, then choose from over 20 buildings to develop your patch of land into a functioning city! Whether military, industrial or residential; plan carefully to use the valuable building land effectively and expand your empire.

Guilds
Guilds are a very popular feature on Albion Online. They can be created by anyone that has 12,500 silver in his/her inventory. The maximum number of players a guild can have is 300. Being in a guild has a variety of benefits, these include claiming territory such as cities, and also gives you access to the guild vs guild feature where you battle guilds claim territory and show dominance.

Guilds may also choose to engage in diplomacy and create Alliances with one another, the Alliances are often used to guarantee treaties between guilds and stop conflict between land of eachothers guild, though a variety of other reasons are used in the creation of Alliances. A guild can only be a member of a single alliance at a time.

Guilds that are active and successful are allowed to implement their own guild emblem into the game. Guilds that are able to achieve something special, may be rewarded with special rewards, for example renaming a single item in the game.

Player Cities
There are several cities scattered throughout the land of Albion. Cities can be claimed by Guilds and claims can be challenged by others through 20 v 20 player battles.

Cities are filled with land plots for players to place buildings on. Player buildings are subject to the region tax set by the guild and are limited to T5 or less.

In major cities you can travel to guild and Player Islands for free (if located at that city), or other major cities for a fee. Auction houses and Repair Stations are also located within the major cities.

Truly Cross-Plaform
Albion Online is the first truly cross-platform MMO experience, available for Windows, Mac, Linux and Android, with all players on one master server in one massive, sprawling world. You choose how your adventure evolves; at home or on the go!

So now that you know alittle about the game. What class will you create and how will you play…

Brought to you by:

So I have been playing this game for a few day now. I can say that it starts out ‘simple’…but as you start to progress you character…it can quickly get detailed and complicated. Everything is based on what you want to do. I am loving it.

Havent done any PvP yet in it. We do have a Guild Island with the Guild Hall house up. @Rlile11 and I both have are personal islands established.

What nice about the islands; is that you can build them up to exactly what you are wanting to do. You can also set up permissions to allow others on your island and utilize you buildings.

Yesterday me, @Rlile11 and @Lala_Calamari ran around and tried out a group dungeon. Rlile11 didnt get into the dungeon. But it was a good run either way. How you perform in your chosen role definitely is impacted by how you set up your characters gear and skills.

I have an island as well. As well as a ton of “purchased” silver. The game is really different that other MMOs that I have played. I’m worried about pvp and later stages as we have a small guild. I’m betting that won’t go too well for us.

Founder/CEO of Albion Online posted an update regarding server issues and compensation in the Albion Forums last night.

He highlights the issues of what they have been experiencing and solutions.

And he closes out talking about the compensation to the players.

If you are curious and want the specific details check out the forum post here at:

Hi all, in this post we will give you a breakdown of the current server issues and how we are going to address them. In general, the underlying reason for the server issues is that the number of players we are seeing since launch has far far...

Hello everyone, during the last days we suffered several DDOS attacks. During a DDOS attacks you may experience disconnects or long loading times up to that the game is not available at all. In general always be careful if a DDOS attack happening...

Sandbox Interactive shows us how they are catching gold sellers. 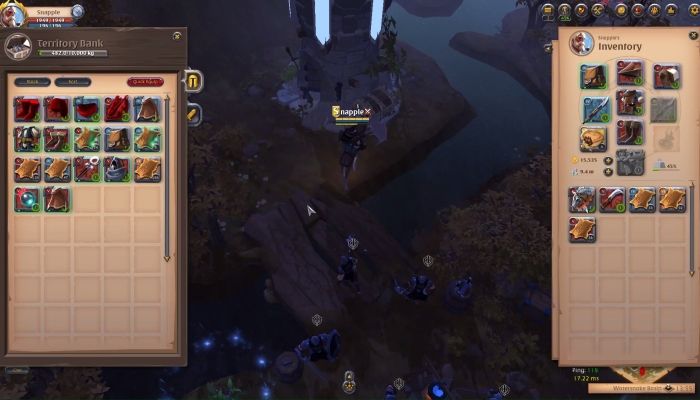 The Albion Online team has posted a great new video showing how they are actively at work to catch gold sellers.

Sandbox Interactive presents the roadmap for Albion Online. Looks like Arena styled PvP is coming in September along with other plans.

Check out the details here: 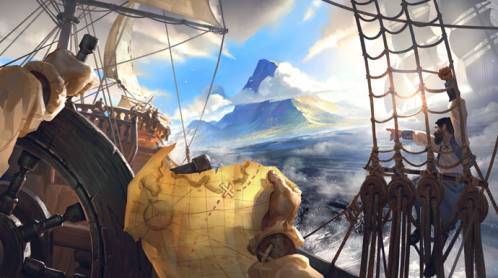 Dear Albion Community, Now that the rush of launch is slowly fading, the time has come to talk about the future of Albion. First, let me assure you that any remaining connectivity issues are and wil ...

Watch as the Hunters become the Prey LOL. 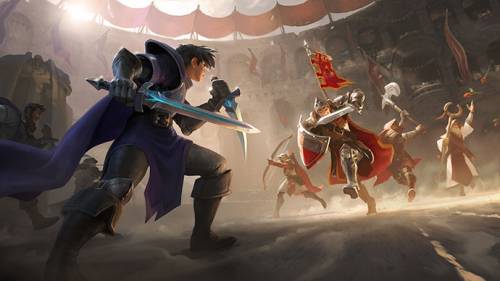 We’re excited to announce our first update post-launch with some new and exciting content such as the Arena mode, Treasure Sites, and two new expeditions to add to the line-up. All of this and ...

Joseph is our very first post-release content update coming to you on September 27. We are bringing you an action-packed Arena mode filled to the brim with thrilling fights, impressive rewards, and pl ...

So still playing this game and loving it. Anyone interested can use this:

Explore the new Sandbox MMORPG and join over 250.000 active players in this unique MMO! Craft. Trade. Conquer. This is Albion Online!

Which is a referrel code for buying the game. If are interested in just trying the game with thoughts of maybe purchasing…Contact me…I can give you a 7 Day Trial code too.