A new Xbox One Home update is rolling out now: get organized and customized

The latest Xbox One update is now live. It features a significant overhaul of the Xbox Home page, plus new ways for players to organize their content – as well as a handful of quality of life improvements. 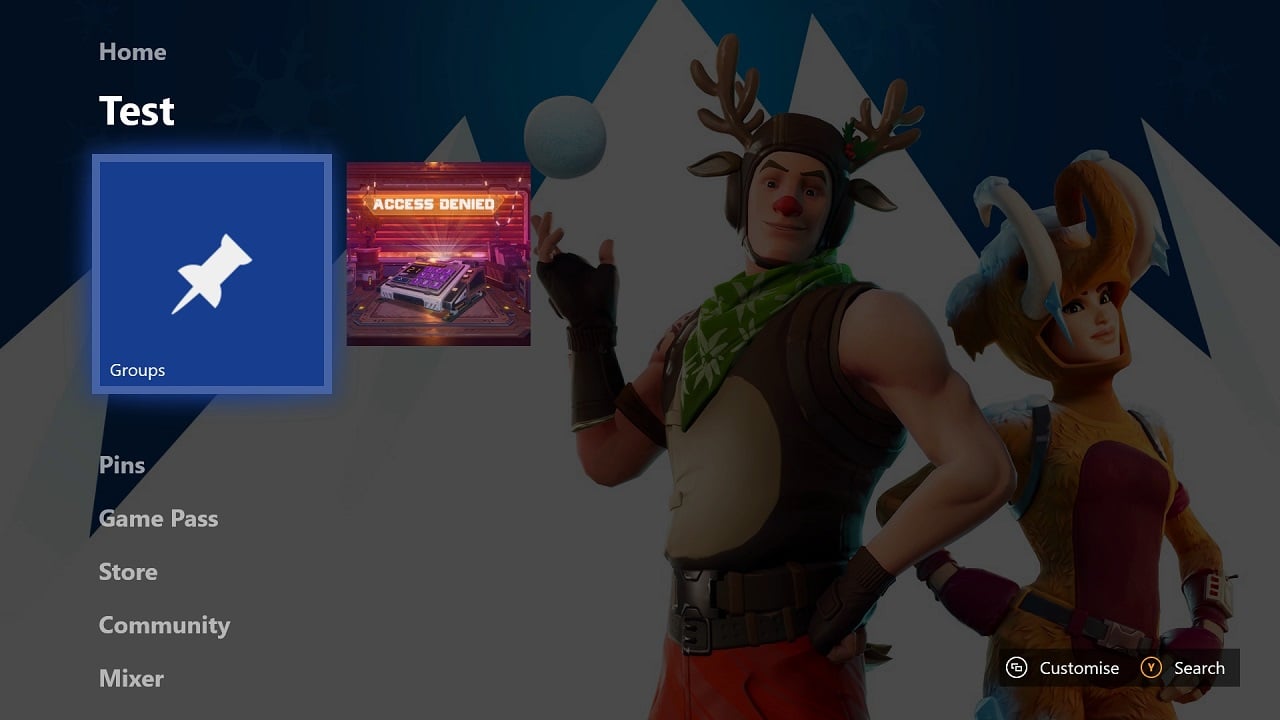 The Xbox One Home update moves everything around, from a horizontal menu at the top of the screen to a whole bunch of vertical menu tags along the left side of the screen. This gives a little more real estate to whatever you want your background image to be, but it’ll take a while to get used to for sure. The advantage of this vertical menu is that you can totally customise it – hit the “View” button (left of the Xbox Guide button) on any row of the Home page to reach a customise page, where you can delete rows you don’t need, add new ones or re-order them. Right at the bottom of the list is a bunch of suggestions for other Home page rows you might want to add. 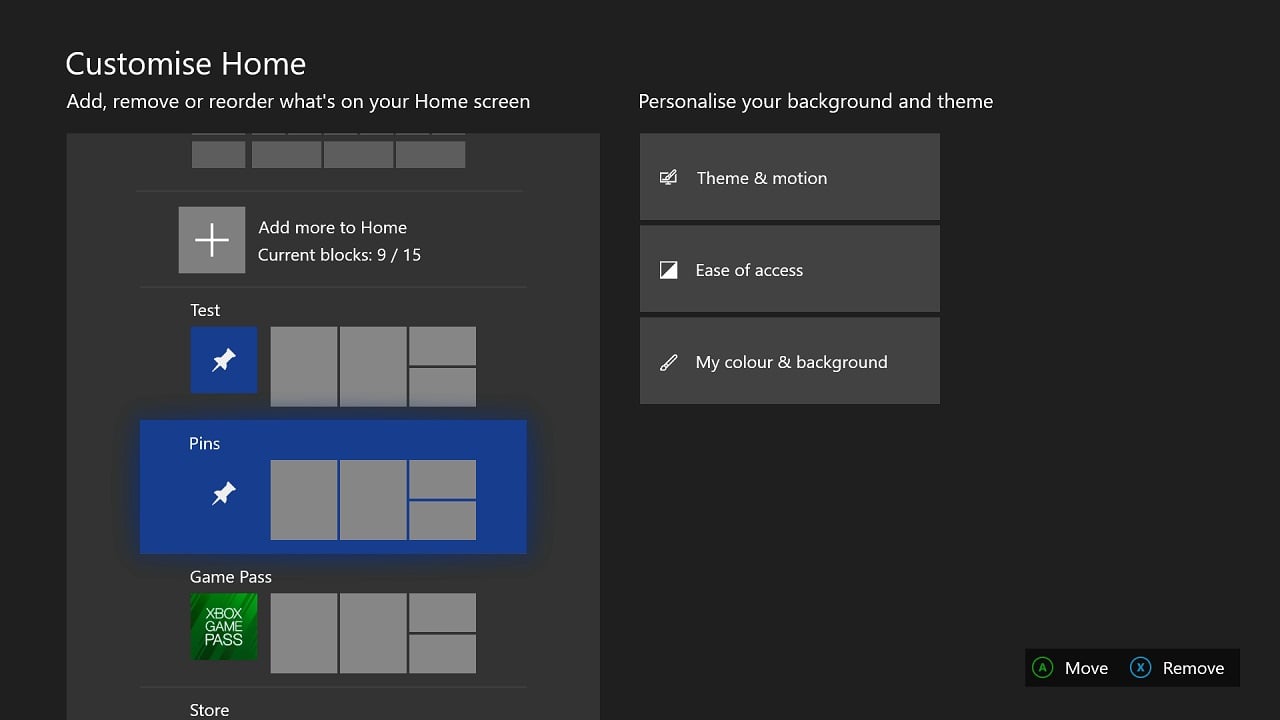 In our opinion, it’s another example of Microsoft trying to take some cues from Netflix to get more content with bigger tiles in front of our eyes. Like many, I’m reluctant in the face of change. I’m sure I’ll get used to it.

Coinciding with the new Home look is some additional functionality in My Games and Apps. Now you can create your own content groups, adding games and apps to a customised category. You can then opt to make this one of those rows on your home page. So if you want to put all of your TV apps into one slot, or you just have such a firm and consistent Thursday night entertainment schedule that you want to make a content group out of it, you can go right ahead. This one I like – with the sheer amount of content spilling into My Games and Apps these days via Xbox Game Pass it’s nice to know I can get more granular with my categorisation. 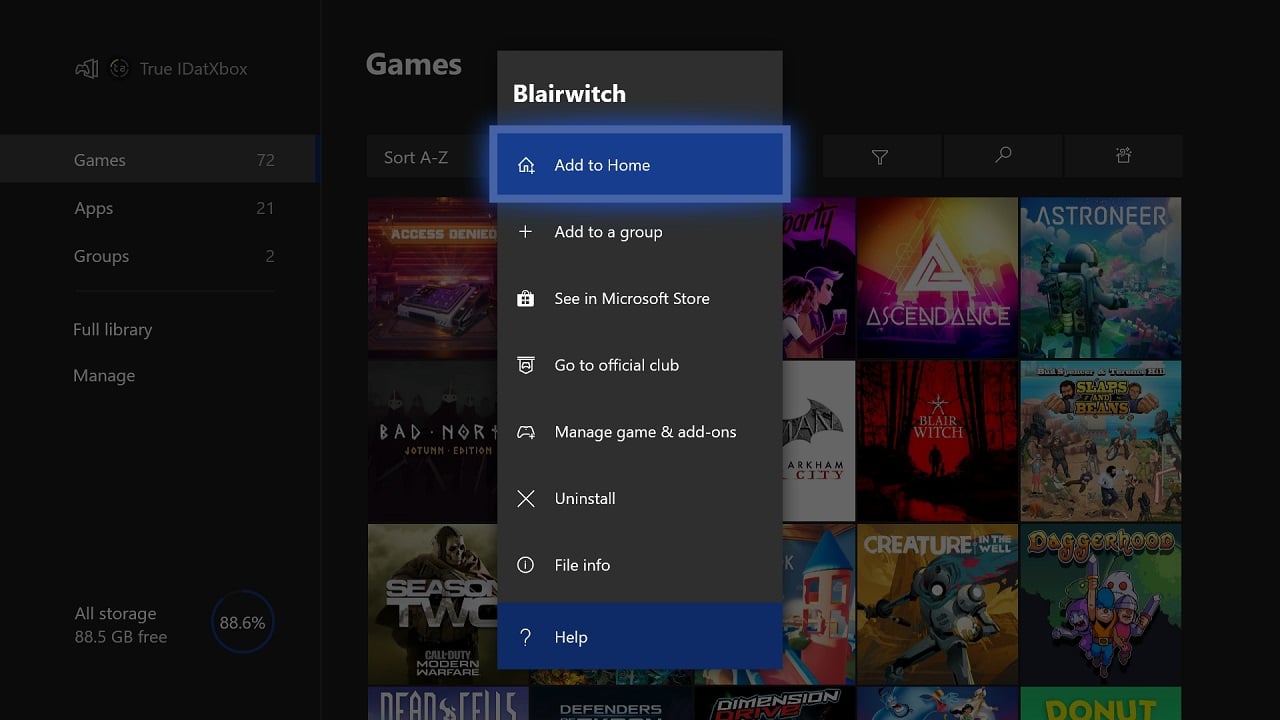 Game demos and trials are a little more visible now, too. Any demos in your library will now have a “Demo” banner across the bottom of the tile. Handy!

The existing storage suggestion feature – which recommends large games and apps to get rid of when you’re low on space – has been updated with a “Move” option as well as “Delete” for those who want to shove their beefiest products onto a second drive.

Another little update: Xbox Game Pass games that are delivered in a bundle can now be downloaded individually, or downloaded in a chosen priority order. Think Shenmue I and II, for example.

You’ve been able to send images and gifs in Xbox conversations for a while, but only in the mobile apps and on the Xbox (Beta) app on PC. Now the console supports viewing those apps and gifs. 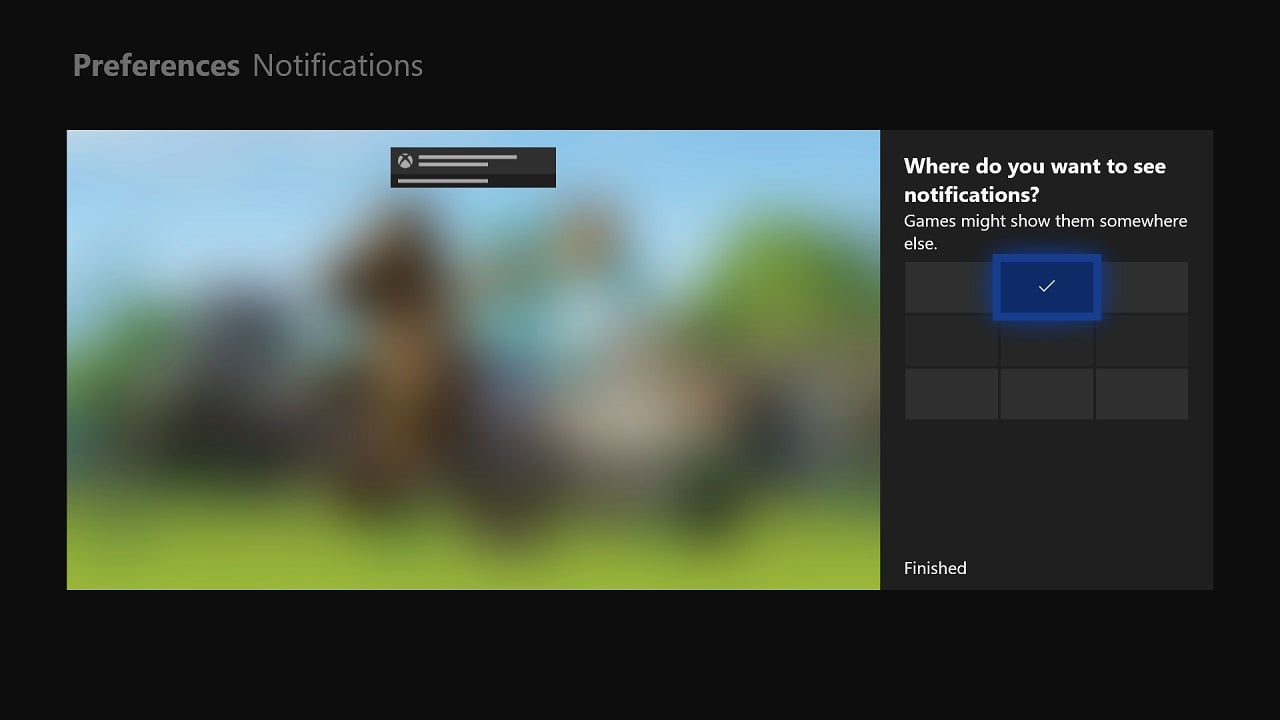 A fairly big deal for those of us who like to play with subtitles on – you can finally decide for yourself where the achievement toast, new message and download status notifications will appear on your screen while you’re in a game. Some games will still override the achievement toast positioning for you, but in most cases, the default is the bottom-middle of the screen. Now you can pick from nine quadrants of the screen in a handy Settings page – go to Settings > Preferences > Notifications and select Default notification position to see how it works. Now wherever the game decides to slap its menus, health bars and subtitles, you can adjust accordingly.

Mixer viewers can now switch back to the traditional “classic chat”, which puts the chatbox to the side of the streaming window. It’s also now possible to select the video resolution you want on the Mixer app on the console, and you can also see more information and options on the fly. You can browse earlier videos and clips and easily host a streamer on your own channel.

If you want to know more about getting around the Xbox in general, we’ve got guides on how to format a hard drive for Xbox One, make the most of Xbox family safety settings and more. Check out the Guide news tag for a full list.

You can see the full support notes for the update here.

You know they say they make it better every update, more streamlined and useful, I think its utter shit and wish the would stop reorganizing everything I do on the damn thing so I know where my stuff is without having to relearn a new layout all the time